Around 8 months ago, Shane found a website called paperwallet.com where you could purchase wallets made out of paper with pretty interesting art on the cover. He loved everything about this brand that promised to make paper wallets that were long lasting, water-resistant, expandable and easy to recycle. And to add to all the charm, they came in various beautiful designs.

This is the design he owns: 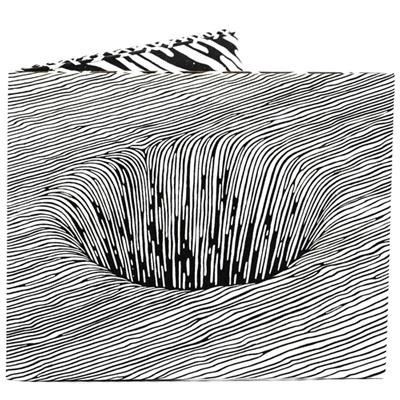 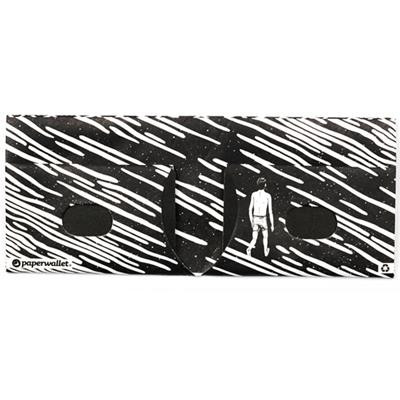 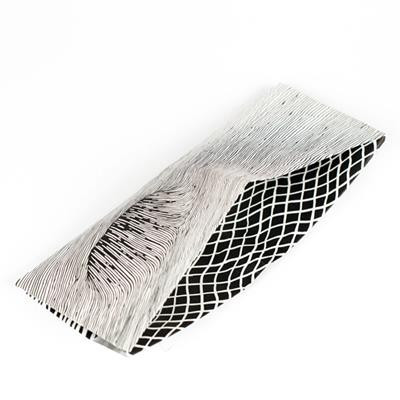 And he loves how it depicts the meaninglessness of life or something about how we're all going to die in the end. He entertains very cheerful thoughts, my husband.

However, I was always suspicious of this concept because I just couldn't grasp how anyone could get something made out paper to be durable. So he bought me one of their special card wallets as a gift because I never carry cash and mostly avoid carrying a handbag. This gift turned out to be very handy because I just had to slip this thin little thing into my pockets before leaving the house and I no longer had an excuse for not using my loyalty cards at stores.

With time, I came to adore both our wallets because not only have they lasted a long time without much wear and tear, but they've also been super convenient. Thin, small and lightweight, they're just like me - perfect.

You might remember that two weeks ago, we went through a very daunting experience when we realised that we'd lost Shane's wallet at the movies. Thankfully, the cleaners didn't see it lying under our seats or they might have just chucked into the trash considering how it looks and feels like a (used) napkin. But right before we accepted defeat and decided to cancel all his cards, we got a chance to go inside the movie hall and look for it ourselves.

Ever since that incident, I've been extra careful, constantly asking Shane to check his pockets before leaving public spaces. While we were on holiday last weekend, I'm sure our friends also got sick and tired of how often I asked him to make sure he hadn't lost his wallet. But all was well and we returned home with both wallets safe in our pockets. However, on Tuesday afternoon, disaster struck.

He texted me from work, asking me to look for his wallet at home. Apparently, he had to go on a team lunch and couldn't find his precious. So I rummaged through the laundry, looking inside each and every pocket on each and every pant, shirt, and jacket. I looked under the bed, the couch, and the dining table. I looked inside the freezer where he stores his ice cream, in the oven where he cooked chicken for me the night before, and in the shower where he spends a lot of time contemplating on the meaninglessness of life as depicted on his favourite wallet. I found nothing.

He looked around the office, sent out emails asking people to not chuck their used napkins into the trash, and got people involved in his search party. Nobody found anything.

Finally, that evening, we both sat down holding hands and started cancelling all his cards one by one. We mourned the loss of a student card that he still somehow uses to get discounts and rejoiced at the fact that even he never carries cash around. But most of all, we mourned the loss of a paperwallet that we'd both come to adore. It was the end of an era and neither of us could even bring ourselves to look at other wallet options.

Yesterday morning, the bank sent over his new card and as I typed out a message to give him the good news, he told me that he had found his wallet. Here's where I go on a rant.

Shane never hangs up his coats and jackets upon getting home. He walks in, removes all extra layers of clothing and just dumps everything on the next available spot. And if he's pulling a typical Shane that day, this next available spot is mostly on the floor.

(Hold on. I need to calm down before typing the next sentence.)

THERE'S A SPOT IN OUR HOUSE for everything. There's a little container where he's supposed to deposit his wallet, keys, headphones, work-login-card-thingy, receipts etc. It's there just for him. And everyday, when he walks in, he dumps his jacket somewhere and empties the contents of his pockets onto the table that holds this container. He leaves all these items scattered around this container. It's the same thing that he does with the dirty dishes where he places them right next to the dishwasher because that's supposed to be helpful.

(Taking another break to calm down)

On Monday evening, he walked in, dumped his coat on our dining chair without even emptying the contents of his pockets. So this thin little wallet travelled all the way from his breast pocket to somewhere around his neck area. I don't know how it sat right there for two days without anyone noticing (especially the person who was wearing the coat) but I guess being thin, small, lightweight, and perfect like me didn't help in this case. On Thursday morning, as he was walking to work, it fell from his neck area to his chest and that's when he realised that he was in deep shit.

He's supposed to have a sleepover and play date with The Bromance this weekend and the only way I elicited a promise to use this container and hang up his coats from now on was by threatening to ground him for the weekend.

When I agreed to this whole marriage thing, I never signed up to care for (and raise) a child. And a 25-year-old at that. So keeping up with the rhyming names string, ladies and gentlemen, presenting Bairn Girish.