From 20 February to 03 March, I worked continuously. Non-stop. That's 12 days with no breaks or free time in between. On most of those days, I slept way past midnight and sometimes felt frustrated with my incapability to control everything and everyone around me. That said, I must confess that those were probably the most productive 2 weeks of my life.

So on Thursday evening, I told Meenal that I wanted to take a break.

By 4 p.m last Friday, I had gone through my entire to-do list and made sure that I had nothing left to do until Sunday evening. It's been a while since I got to savour that feeling of having crossed off all tasks and still have enough time on my hands to do something for myself.

So that's exactly what I did. I took a nice long shower and dolled up for dinner with bae.

Except, I forgot (or rather we forgot) that we had a child we never even asked for aka The Bromance. So this happened: 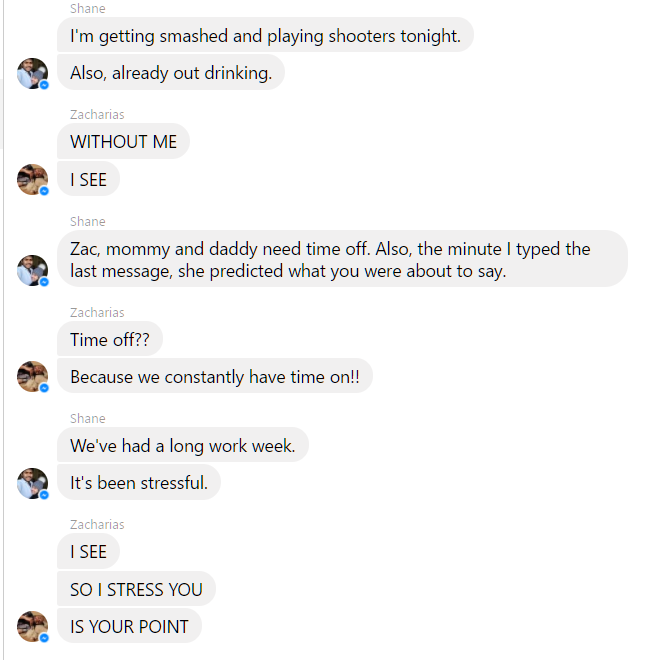 Kids these days! All they do is whine.

By the way, I'm sure he wants me to specifically mention that he's not always such a drama queen and that he was just "pretending" to be whiny. That, or he was on his period. Anyway, as promised, we spent almost the entirety of Saturday at his place, where both him and Shane played games forever and I curled up on the couch reading my book. Saturday afternoon was simply perfect.

And then, in the evening, we went out for a movie (Logan) which we all loved, cursed Cineworld for their hour-long commercials because of which we couldn't find a table at any of our favourite restaurants for dinner, took the risk of trying out a new Spanish place (a huuuuge risk as far as The Bromance is concerned because had that place sucked, the whining would have gotten much worse and I would have bitten his cute little head off), absolutely LOVED the food and service there, but HATED how expensive it was.

And it was while we were hating on the bill that Shane realised that he had lost his wallet. So at 11:30 p.m, when we were supposed to be heading back home, Shane and I headed straight to the movies to ask about a missing wallet. The screen we were in was already packed with a new set of people so the authorities there took our phone number and a description of Shane's wallet. They said they'd call if they found it after the current screening but being understandably distressed, we decided to wait it out. It's a good thing that The Bromance lives a mere 5 minutes away from the movies so we asked him if we could crash at his place for about 2 hours: 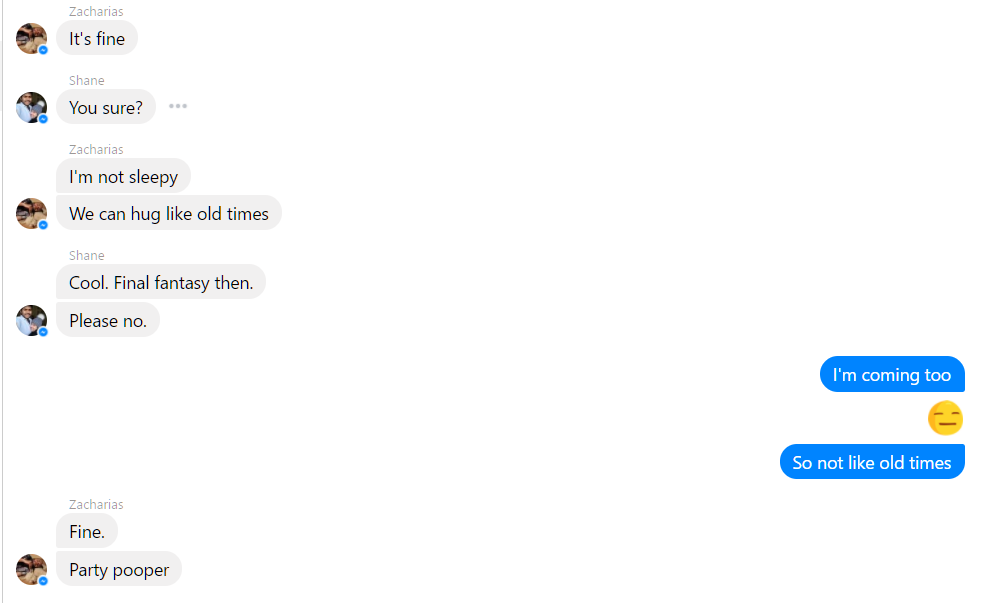 Sometimes, when Shane's with this "child", it's like I'm invisible to BOTH of them.

Anyway, the call never came, and we got even more frustrated. So we walked back to the movies at 1 a.m, only to realise that although there was another screening going on, they'd changed the security setting at the entrance in such a way that people inside could come out but no one could enter from the outside. The place looked deserted, there wasn't a single staff member in sight, and we were both surprised at how I hadn't collapsed from the stress by then. I was convinced that we'd lost the wallet for good. So I suggested that we go back home, cancel all the cards, and feel grateful for never carrying cash. But just as I uttered those words, Shane with his abnormally long ostrich neck, spotted a staff member making his way into the lounge area. So he knocked on the glass with his giant hands and I started jumping and waving my tiny, invisible-to-the-naked-eye hands at him like a distressed little minion.

Long story short, they never found his wallet but asked us if we would like to go look for it ourselves. I wonder if they even expected us to say no to that. Anyway, it was lying right there, under our seats and nothing had been stolen. They possibly didn't notice it while cleaning because Shane owns a paperwallet (yes, that's a thing), and his particular design makes it easy for anyone to assume that his wallet is a napkin.

After one hell of a Saturday, we returned home by 2 a.m on Sunday, swore not to have any more excitement all weekend, and broke that promise by deep-cleaning the entire apartment. Except, that was exciting only for me and beyond stressful for him.

I hope you all had a fun/dramatic/exciting weekend too, and that you're all pumped up for this new week :)