I'm curious to know how you guys react to the cheesy hashtags on social media. Like #blessed and #thelittlethings. Do you take them seriously (and literally) or do you laugh at how ridiculous they sound?

On Wednesday, Ser Campsalot and I celebrated our first friendversary over lunch.

But before I go into the main content of this post and share what the title has to do with anything, allow me to introduce you to Fred who has been previously referred to as 'The Doubler' on this blog. A burger place here serves a burger called 'The Doubler' which has two patties instead of one, and Fred once asked them to "Double The Doubler" and even finished the whole thing like it's an everyday occurrence while we watched on in astonishment.

At a Christmas party we recently went to, Fred showed up in this festive jumper and asked us to tell him what we saw on his jumper. 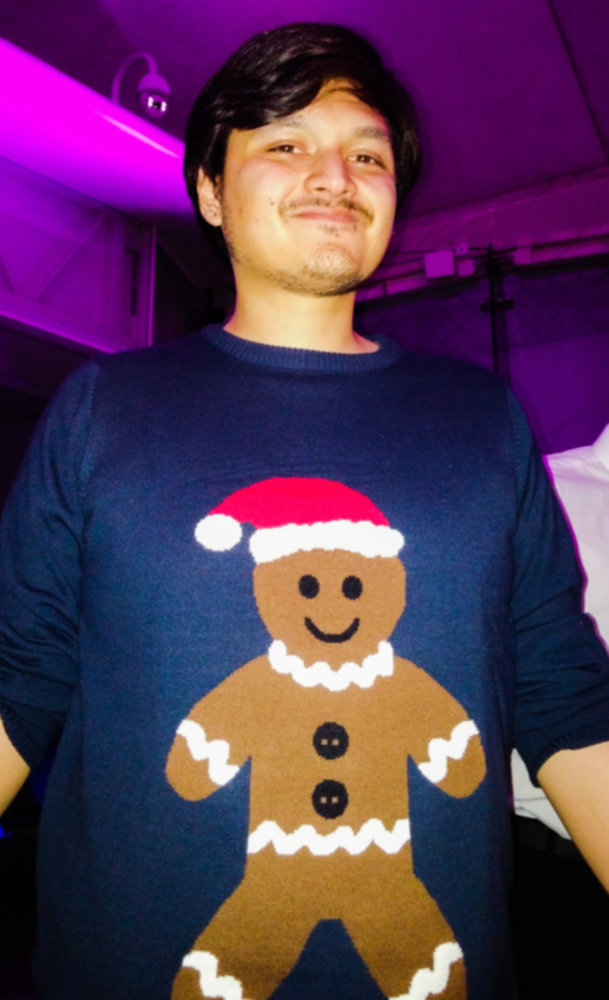 No, that's not the Gingerbread Man. Apparently, that's the GingerFred Man and I paused to look around for Lady Campsalot because it seemed like she just spoke out of nowhere although Fred was the one moving his lips and saying the words. So, that happened. And yep, I just inflicted that joke on you, which I must admit is pretty fucking good in comparison to some of the lame shit that I try to pass off as funny on this blog. And while I'm here inflicting Fred on you guys, allow me to share this image with you. 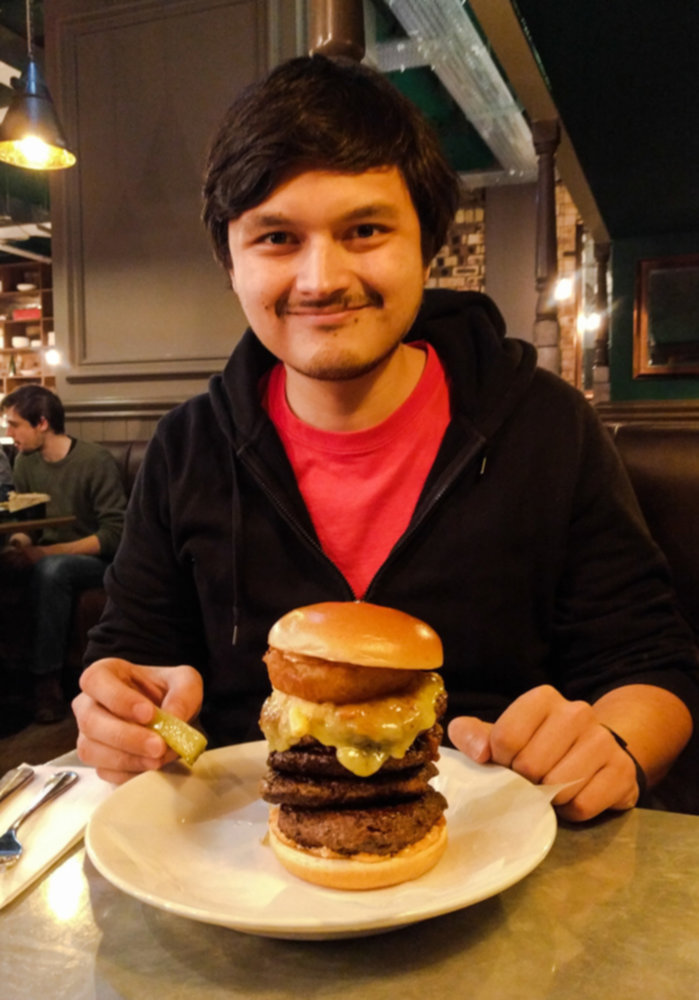 That's what "Doubling The Doubler" looks like and you will be pleased to know that on Wednesday, he finished his burger before most of us at the table even started eating, and later proceeded to strut out of the restaurant flaunting his thin body like nothing extraordinary (or divine) had happened. If you hadn't guessed by now, Fred is God. And his is the only religion we take seriously.

But coming back to the post honouring my first friendversary with Ser Campsalot, I want to share that among the many things he's brought into our lives, a major one is his contribution to multiple discussions on those cheesy social media hashtags. Here's where I tell you that we find them hilarious. And what's even more hilarious is that we see people using them in all seriousness. Personally, the most hilarious thing to me in this context is the fact that there was a time when I used to use those hashtags seriously.

Had cake for lunch with my best friend #feelingblessed

Shane brought me flowers on our one month anniversary #thelittlethings

Thankfully that's in the past and my actions from 2011 do not come into the equation here.

Once this started getting hilarious, I actually started using these hashtags more frequently, just for the heck of it. In fact, you might remember that I have posts with these hashtags in their titles. And often, I've talked about "throwing in a #blessed" especially in posts that feature Ser and Lady Campsalot. Because ever since we started having these discussions, the minute any of us notices a cheesy facebook post somewhere, we immediately arrive at the scene equipped with all our hashtags. Recently, when one of them put up a post about how amazing it felt to finally live in the same city, I showed up with a #blessed. And when I shared the post called how gamer nerds tell you they love you on Facebook, Lady Campsalot commented "#thelittlethings". Another one we often go back to is the phrase "nice couple" because that simply does not make sense. What the fuck is a "nice couple" anyway? What is that supposed to imply? That they're nice people who're polite to everyone? Or that they look good together and will potentially give birth to good looking offspring? We just do not get it.

There was a time when this dude who was a student of mine would constantly badger me with messages.

It started once he contacted me after a really long time to catch up. I absolutely love talking to the youngsters I once trained and have maintained a good relationship with most of them over time. So when he got in touch with me, I took the time out to talk to him and ended the conversation with a polite "do stay in touch". Little did I know that he was going to take that as seriously as some people take #blessed. The very next day, I got a message from him and he wanted to chat. That would have been okay had he not kept asking me if I was all alone at home. There were red flags all around and I immediately backed off from the conversation. In fact, it was even creepier than this:

Because this Aman guy is a random stranger but this boy I was talking to was someone I actually trained for three months and interacted with on close quarters.

Anyway, after weeks of ignoring his daily dose of 'hi Ankita mam r u busy?' and 'mam u r 2 busy nowadays', one evening after Shane and I returned from a walk at 10 p.m, I responded to him and asked him what he wanted at 2 a.m in India. Turns out that he was at a "party" and was just curious to know if I was all alone at home. When I told him that Shane was sitting right next to me reading this conversation, his immediate response was "OMG" followed by "hehe nice couple okay tc bye".

Now, as creepy as that is, could we please address the main issue here which is - WHAT THE FUCK IS "NICE COUPLE" SUPPOSED TO MEAN? The nation wants to know.

Anyway, one thing I will always remember about Ser and Lady Campsalot is our discussions on the ridiculousness of these hashtags and phrases. No, seriously. I have the memory of an elephant and I will never forget this, as creepy as that sounds. Still, not as creepy as 'hi Ankita mam r u busy and all alone at home?'.

So do let me know your thoughts on these hashtags and phrases, on The Doubler and the process of Doubling The Doubler, on Ser Campsalot who is also a potential Anus, on how we're both making a butt sign with our hands in that picture (his observation, not mine), and on the creepy dude with his "hehe nice couple okay tc bye" reaction to Shane's presence in the room.