Hello from the other side! #dramaticmuch

It's the weekend and it's been exactly four weeks since our last weekend getaway. For some reason, that's supposed to mean that it's time for us to go away for another weekend. Don't even try to make sense of my logic. But the good news is, we hopped on a train on Thursday evening and traveled for four hours to get to the place that inspired various scenes in Lord of the Rings. Today, I'm writing to you from one of the foremost metropolitan cities of the UK - Birmingham. Woohooooo! 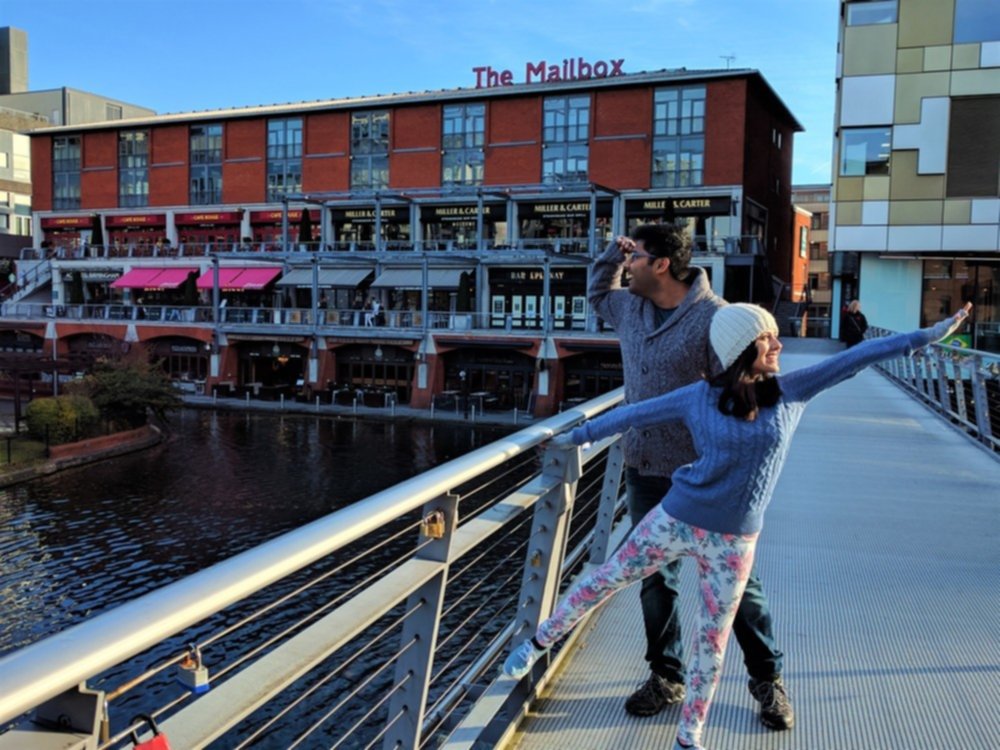 And the people who have brought us here are our very own Brummies, Ser and Lady Campsalot (the former just forced me to give him credit for the image above -_-). So along with giving him credit for this pic, I'm going to give you guys a little glimpse into his love-story. Ser Campsalot works with The Husband in Edinburgh and Lady Campsalot recently passed out of the Univeristy there. And because she and my husband can be put in the same boat in terms of their geekiness, my brilliant friend landed a brilliant job in Birmingham because of which this sweet couple had to travel every weekend or so in order to see each other. Since these two are practically #relationshipgoals, they womaned up and dealt with the situation head on. However now, the opportunity has presented itself for Ser Campsalot to continue working at his company with the freedom to live in Birmingham with his wife and travel to work just once a week. I'm gonna throw in a #blessed here which is Ser Campsalot's favourite hashtag.

Anyway, we're here to celebrate their house-warming, but mostly the fact that these two lovebirds have finally moved in together after a pretty significant amount of time apart. And while we're here celebrating and getting drunk, we're also gonna try and squeeze in a visit to my ol' pal Shakespeare's birthplace because I've had my panties in a bunch in anticipation of that visit for quite some time now. And also, fooooood. I've heard too many mouth-watering details about the food in Birmingham from our Brummies and have been waiting forever to try EVERYTHING. I truly hope I remember to take pictures for you guys before devouring everything on my plate.

I'll be back on Monday with stories, giggles and by the looks of it, lots and lots of poop. Happy weekend, you guys!