And hardcore gamers like Shane who have no less than 800 games in their libraries (I'm not even kidding - The Bromance once told me that it was the equivalent of collecting shoes for them), a gaming survival kit is essential. 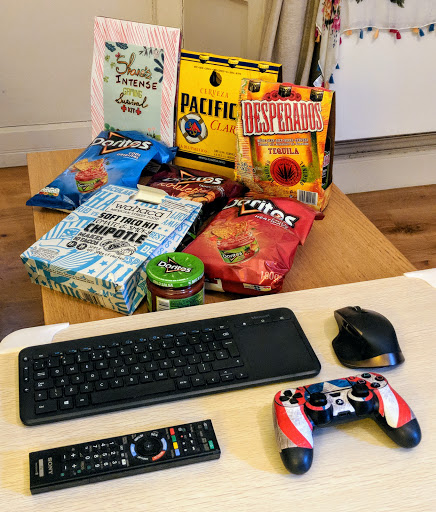 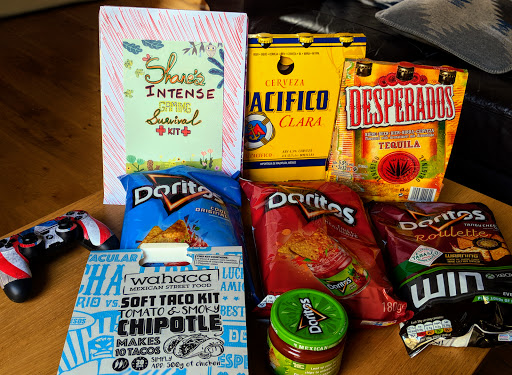 I don't really expect him to finish alllll that alcohol in one night although it is definitely a possibility. But the best part of today was when the dude at the billing counter asked me if I was hosting a party at home, what with it being a Friday night and all, AND I DIDN'T LIE when I said yes. Granted, it's still just a party of two but it's still a party and I.didn't.have.to.lie. Technically.

All the other times, I have considered telling him, "Oh no, what you see here are the side effects of an irresponsible life and alcoholism" but maybe I do have a tinge of self-respect hidden away somewhere after all. 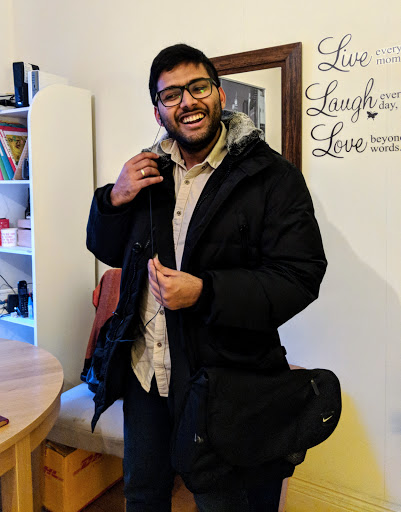 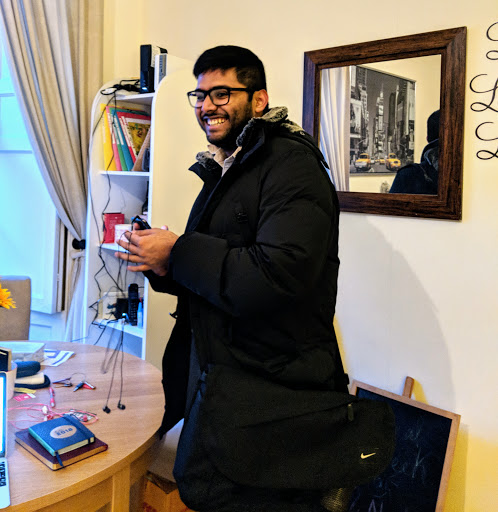 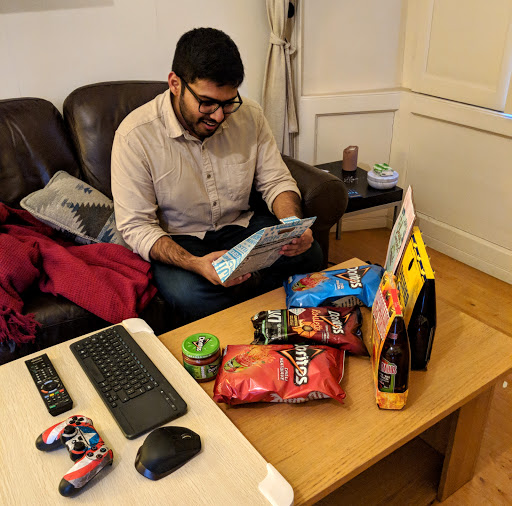 Dinner tonight was that Wahaca Soft Taco kit you see there. The very one that Shane's tenderly holding in his hands like it's his first born child. We love love love Wahaca and if you remember, that's where we went for my birthday dinner last year, the very place that drove The Bromance to tears. We were never aware that they sold taco kits like these so the minute I laid my eyes on them, I knew what was going to be the highlight of this day for Shane. And on top of just regular tacos from the taco kit, we also had some extra toppings like fresh avocados, cherry tomatoes, lettuce, and red onions on the side. 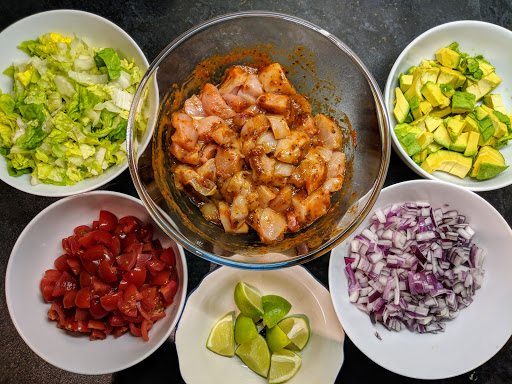 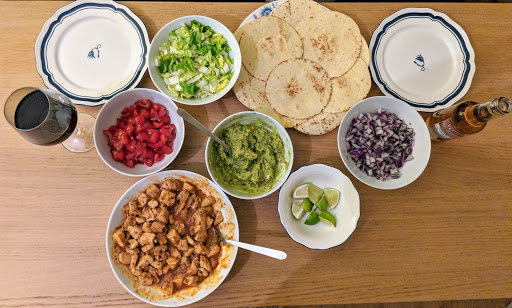 Shane has been given strict orders to play all night tonight and I've told him in no uncertain terms that I don't even want to see him until I wake up without an alarm tomorrow morning. God knows he deserves this break before he turns twenty-six next week and finds out what a hangover is for the first time. Old age is hard but we just have to get on with it.

As for me, I'm going to curl up with a book in bed until I fall asleep. And I will be doing so much sleeping tonight that there won’t be any more sleeping left in the world. So if you wake up suddenly on Saturday night and find that you can’t get back to sleep, I’m sorry, I took all of it, down to every last wink in this world, and I’m not giving it back. 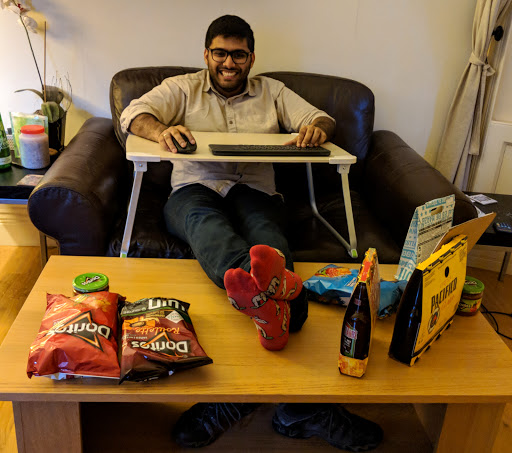