I spent this morning going over all the birthdays I've had in my life, trying to figure out if any of them can top this one. And the simple answer is not a chance!

I've been lucky over the past few years to have had my birthdays quite close to a weekend so I've been able to try and squeeze in a few days' worth of celebrations. Although, I'm sure that no matter what day of the week it is, if it's my birthday, imma gonna paint the town red at least two days in advance.

Also, if you're new here and feeling a little uncomfortable with my narcissism, allow me to point you to the first and second points on this post and all the posts in this section. We love birthdays here and we're proud of it.

Now coming back to my twenty-sixth, here's how it all went down.

On this day, Madam Madan arrived in Edinburgh.

This was the first birthday we were celebrating together in thirteen years. The last one was her thirteenth birthday which was also the day on which I got my period for the first time while I was in an all-white school uniform because it was a Wednesday and yes, that's a thing in India. We also had compulsory classes on all Saturdays except second Saturdays but this is not the time or the place to get into all that. So I'm going to stick to everything we did last Saturday instead.

Saturday the 14th marked the first day of festivities and we celebrated by doing what we do best - eating. This was the day on which we ate and drank all day long, starting at 12:30 pm when she arrived and we headed straight for brunch with her luggage and ending at 12:30 a.m when we returned from dinner to watch Koi Mil Gaya (which is the Bollywood version of E.T for all those of you who are wondering) with The Bromance until most of us passed out on couches and sleeping bags.

We also climbed the Nelson Monument in Calton Hill, the views from the very top of which were simply mindblowing: 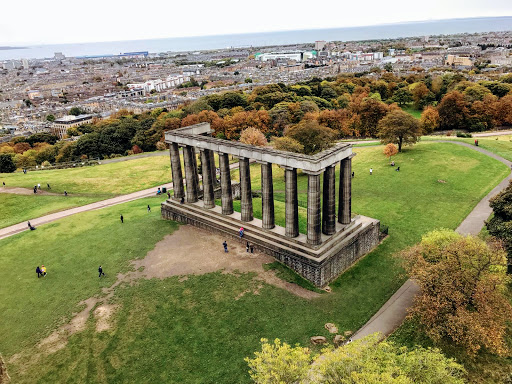 And I'm surprised I didn't just fly off the roof considering how windy it was up there. 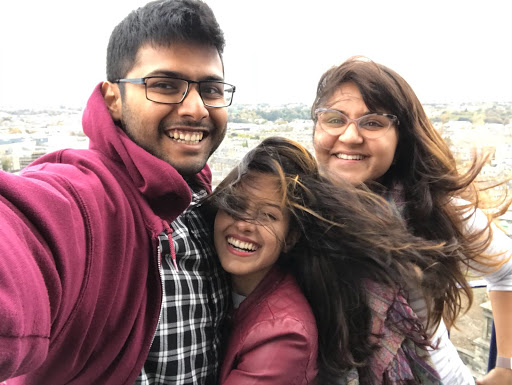 Probably because Priyanka (that's Madam Madan's real name by the way) has always got my back, much the same way as I've got hers. 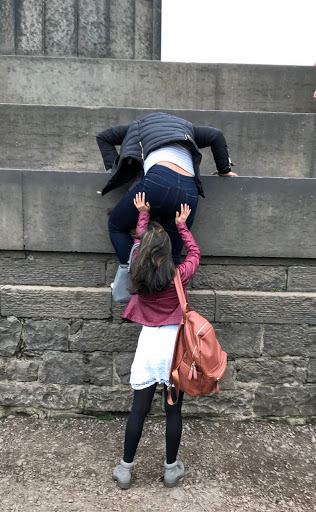 All that struggle was for this: 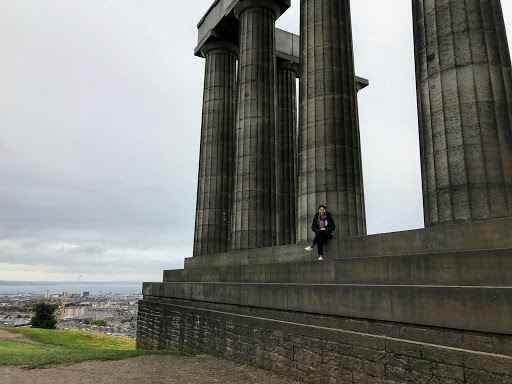 And I'd say it was totally worth it. 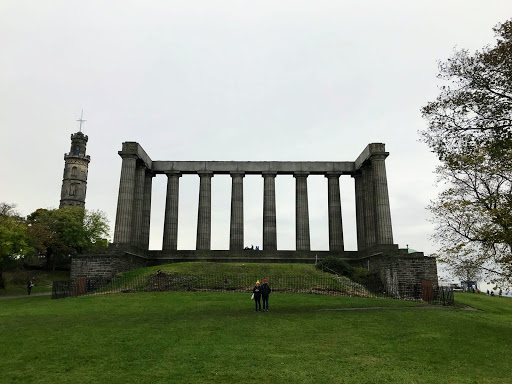 As always, there aren't any pictures of the food we ate because we're fatties who forget about everything else the minute the food arrives. However, we can assure you that everything was exemplary.

My dad was the first to call me Anki-Monkey at home, mostly because of the way I acted when I was a child but also because it rhymed perfectly. Soon, he started using this nickname in front of my friends despite how much it embarrassed me at the time. Priyanka was one of my first friends who normalized that nickname by, well, calling me nothing but that even when we were having serious discussions about whether or not we would graduate from bralettes to bras before turning thirteen. Now, all my close friends and family members call me Monki, replacing the e and the y with a simple i so that it's as close to my name as possible.

On the day before my birthday, we woke up at 6 a.m and went on the main adventure I had planned for my 26th. It's poetic in a way because I had taken two things into consideration:

So I landed on a zip-line adventure to commemorate both these factors.

My initial plan was to have all this done in Wales but after flying so much over the past weekend and falling sick on top of everything else, I couldn't bear the thought of sitting on another flight. It worked out perfectly for me because I got to explore some parts of Scotland that I doubt I would have chanced upon, had it not been for this new plan.

I should have probably taken into consideration the fact that both Shane and Priyanka are not the biggest fans of great heights so maybe swinging from tall tree-tops would make them a tad bit queasy and/or miserable. But I was too high on being too self-centered so they just had to deal with it. So I totally ignored them when they looked like this: 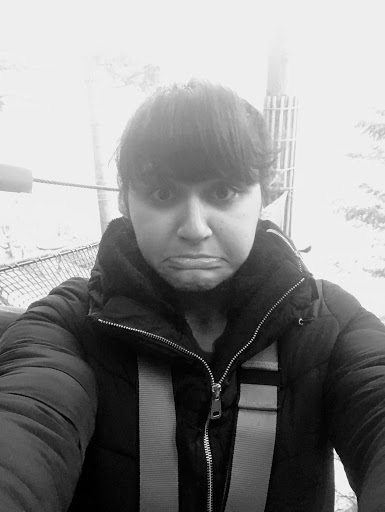 And when they screamed "I HATE YOU" in the middle of trying to gain balance on a rope or when I sang my own birthday song. 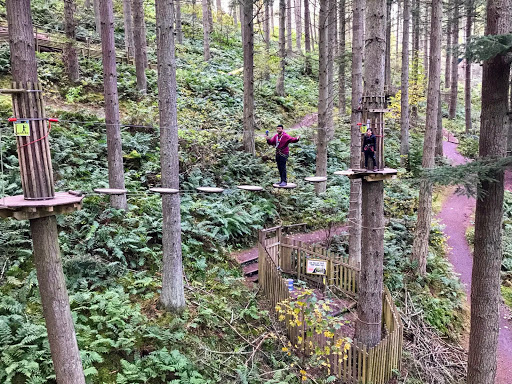 And even when they tried to strangle me with my own gear. 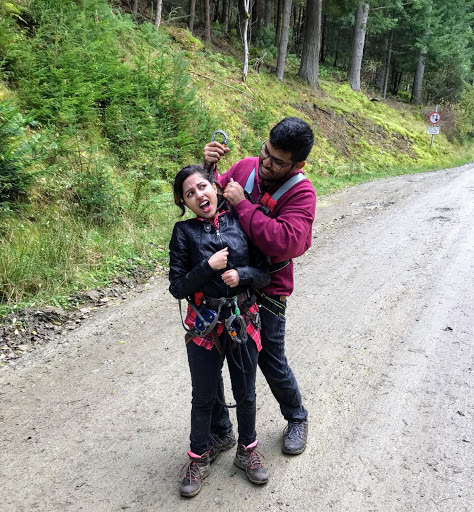 Birthday celebration #3 With just hours left before I turn 26, living up to a certain childhood nickname 🐒 and totally acting my age. Swinging from tree to tree came a little too naturally to me while a husband and a bestie (who are both afraid of heights) may have cried just a little bit 🙊 #countdown Last day of 25

One thing that stood out to me during this adventure was that Shane always landed on his ass. I don't know why that is. 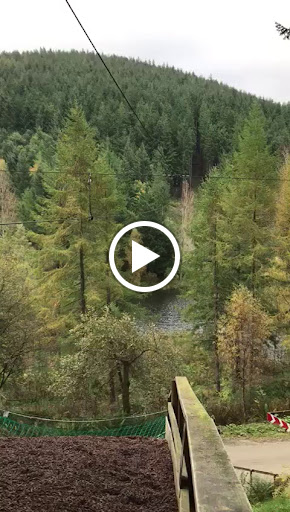 That, in turn, resulted in cutesy muddy bums. 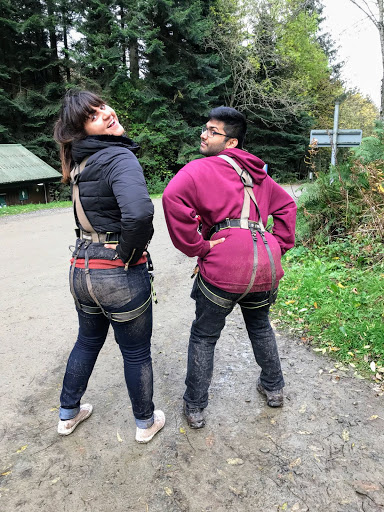 But the beauty of the Glentress forest where this was happening made up for everything. 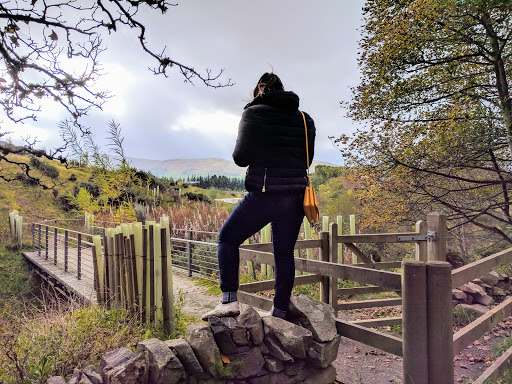 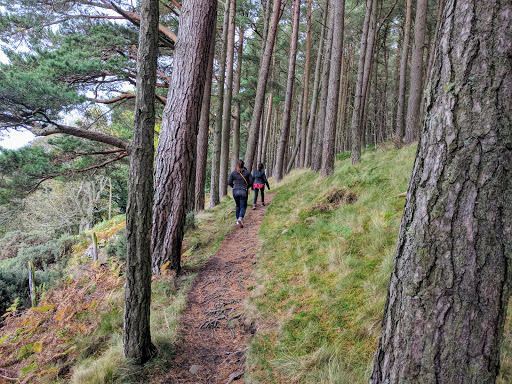 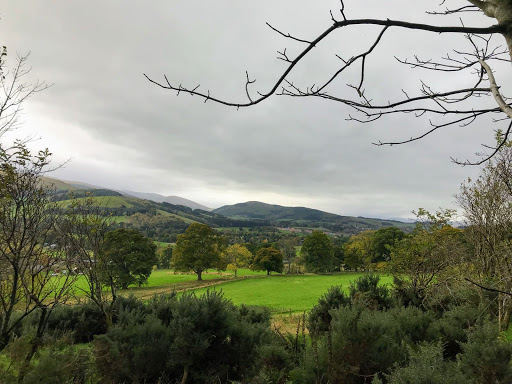 The plan that evening was to return home, shower, and leave for dinner so as to usher my birthday in. But we were so tired that we took turns passing out on the couch after taking a shower. Finally, at 9:30 p.m, we decided to step out, only to realise that most places had their kitchens closing within the hour because it was a Sunday. The place we were originally planning to go to didn't work out, which was a good thing because we were forced to try out a new place in town that's always jam-packed but had amazing reviews.

I still can't remember how we functioned like humans that evening, with our entire bodies beginning to hurt after all the activity from earlier on. What I do remember, though, is the relief I felt upon returning home and changing into comfy clothes.

When the clock struck 12, I was cozy in Priyanka's sleeping bag, snuggled up in between both her and Shane, ready to finally fall asleep. 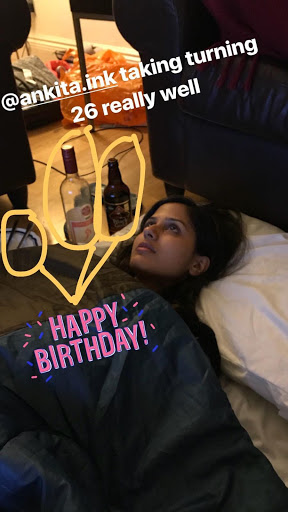 What a day it had been! I can't remember being happier than this in the past.

The three of us woke up at around 10 a.m to realise that we couldn't get out of bed. Because that would require some core strength and the exercising of our upper body muscles.

For me, the pain was mostly physical but for Priyanka, it was also emotional. She may have mentioned thinking about our adventures with fondness in her heart which was quickly replaced by terror as images of what the ground looked like from a treetop flashed in her head.

Three things happened on my birthday

Our day started as we limped towards a fantastic brunch followed by an exciting tour of the Daigon House located in Victoria Street in Edinburgh which is thought to be J.K Rowling's inspiration for Diagon Alley. 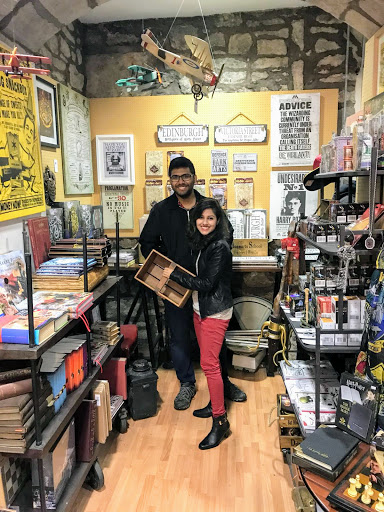 Oh, and I could pass for a third year witch at Hogwarts. Barely. 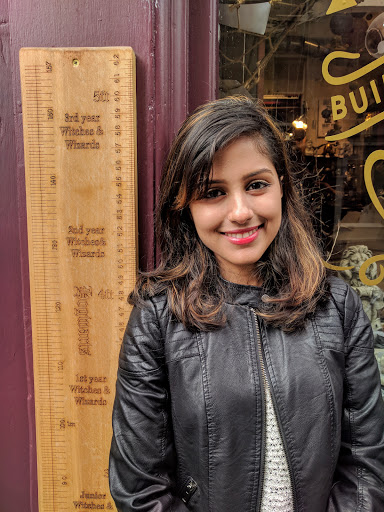 After a bit of exploring and shopping, we headed for the main activity planned for the day - an Escape Room adventure.

Shane and I have always wanted to try one out and since Priyanka loves them too, we booked ourselves into one of Escape Edinburgh's five games. I won't mention which one we tried because I don't want to give anything away for anyone who's planning to try it out.

Basically, we were locked in a room for one hour with many hints and clues at our disposal to figure out where the key to the main door was hidden. We had to solve a series of interesting puzzles which were a) stimulating and b) supremely satisfying. One of the hints even led us to open a hidden door within the room (!)

I WAS NOT EXPECTING THAT!

Anyway, we were successful although we took one whole hour to figure it out. It was an hour well spent, nonetheless. 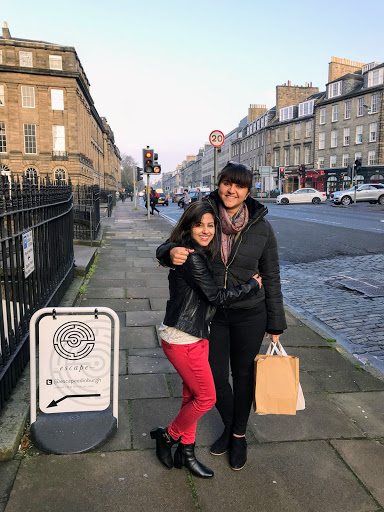 Priyanka had to leave soon after that and Shane and I went around town trying to decide which phone I should get next.

You see, he has zero tolerance for spicy food. And by zero, I mean 2 on a scale of 1 to 10. Because in the two and half years that I have known him, I have managed to raise his tolerance for spice from zero to two.

Every time we have Indian food, or we suggest a new place for him to try out, he almost dies of a runny nose and a flaming bum. Every time he tries out a new dish that we like, he asks us if it's spicy. And without fail, every single time, we assure him that it's not. Later, he cries himself to sleep on his toilet seat.

This has happened so many times in the past few years that I'm compelled to believe that he's not a very smart person after all.

So last evening, when we asked him to meet us at our favourite Mexican restaurant and he showed up without suspecting anything, I knew that the evening was going to be a smashing hit. However, we knew from our experience there that nothing on the menu would kill him the way Indian food does.

In the end, both him and I opted for a special shared menu for two while Shane decided to get his food separately. I skimmed through all the seven items in the shared menu and saw nothing that could kill him. Obviously, as an Indian, I'm slightly blind to words like "smoked chilli" that was a part of one of the dishes. As luck would have it, that's the dish that arrived first and with the first bite itself, it looked like he had burst into tears.

The food overall was yum yum yummm but I especially enjoyed the glass of The Bromance's tears that I collected earlier that evening to wash the food down with.

When I went to bed last night cuddled up to Shane and watching the first episode of the new Star Trek series on Netflix, I took a moment to reflect on the birthday weekend that I had. I couldn't believe that I was lucky enough to share so much happiness with so many people I love, despite the fact that I made them (literally) cry in the process a few times. All's well that ends well, I suppose. Priyanka has agreed to join me on more tree-top adventures and The Bromance has agreed to brave more Mexican food in the future because it was delicious.

Oh, and before I forget, here's how we celebrated back in India before I left:

Birthday celebration #1 when my parents celebrated my Kerala Birth-star day on September 30. Next time, I should probably remember to not overpower the other singers on my own birthday. #countdownbegins 3 days to D-day 🎂

Like mentioned in one of the comments under that video, this is what happens when you're a little too happy that you were born.

🎵 Happy Birthday to me 🎵