And I have "Vodka" written under my butt ⬆️ Heuheuheu I'm 12!

Anyway, back to a twisting, winding, manic narrative that will eventually get to the point:

The fact that Shane bites his nails and leaves clippings in little corners of the house as presents for me is old news here, isn't it? If I talk about it once more over here, the little pile of bitten nails that was waiting for me on his side of the coffee table this morning would roll its eyes at me. So I'll do us all a favour and shut up about it.

What I will talk about though, is how couples who live together tend to turn into each other with time. Some even begin to look like each other which is just plain disgusting. Gross! Ewwwwwww! Get away from me, you inter-breeding-twinning-spawns-of-Satan! Thankfully, I'd have to grow an entire foot in height and maybe even a beard before that happens. I think. But let's go back to that bit about couples turning into each other.

I have expressed here in no uncertain terms that I absolutely hate the nail biting habit of his. If he, by accident, dares to do in before my very eyes, shins get kicked in close proximity. Else, objects get flung across national borders.

But something strange started happening to me towards the end of last week when dates, times, and venues started getting finalized for an interview Meenal and I are appearing for with the BBC Asian Network.

I don't know exactly when it started but I noticed by Friday evening that I had begun chewing away at my nails with some vigor. By Saturday, it was a bloodbath. And on Sunday evening, I kicked Shane in his shin when I caught him biting his nails as per usual (the pile for this morning was in the making) when I noticed for the first time that I myself had a finger in my mouth when the kicking happened.

I have one word for you - HIPPOCRATES! That's exactly what I am. Not the scholar but whatever that random troll had in mind when he left that rather colourful comment under my wedding video.

I have unknowingly turned into a tiny, shin-kicking version of Shane. I can now add "disgusting" to the otherwise long string of adjectives that I prefix before my name - "annoying" and "shrill" being some of the more popular ones.

Oh My God! We're going to be that family. The Nail-Biter-Spitters. Henceforth, if you get in my face, instead of going stone-cold-bitch on you, I'm gonna just bite my nails and spit them at your face while holding an expensive glass of wine in the other hand. I'm classy like that. Something tells me that that would be way more satisfying than making you cry yourself to sleep. Look at me, already embracing my new life and identity!

I don't know if my nail biting is just a phase or if we will, in fact, turn into the Nail-Biter-Spitters. But here's what I'll say: my heart is beating slightly faster than usual in anticipation of my first ever live interview on national radio for an international audience. This is where I will remind myself of something Amandeep Singh from Inkquisitive said to me and Meenal when we interviewed him on our podcast a few weeks ago - "We need to do things that make us uncomfortable, things that make our hearts race. Because these are the things that remind us that we're alive!".

Everything before and after that conversation with him and the many other wonderful guests on our show has led us to this moment and we couldn't be more humbled by this fact. Granted, this has turned me into a Nail-Biter-Spitter but I would trade everything in my possession to feel this alive for a little extra time.

I hope you all tune in to our conversation too! 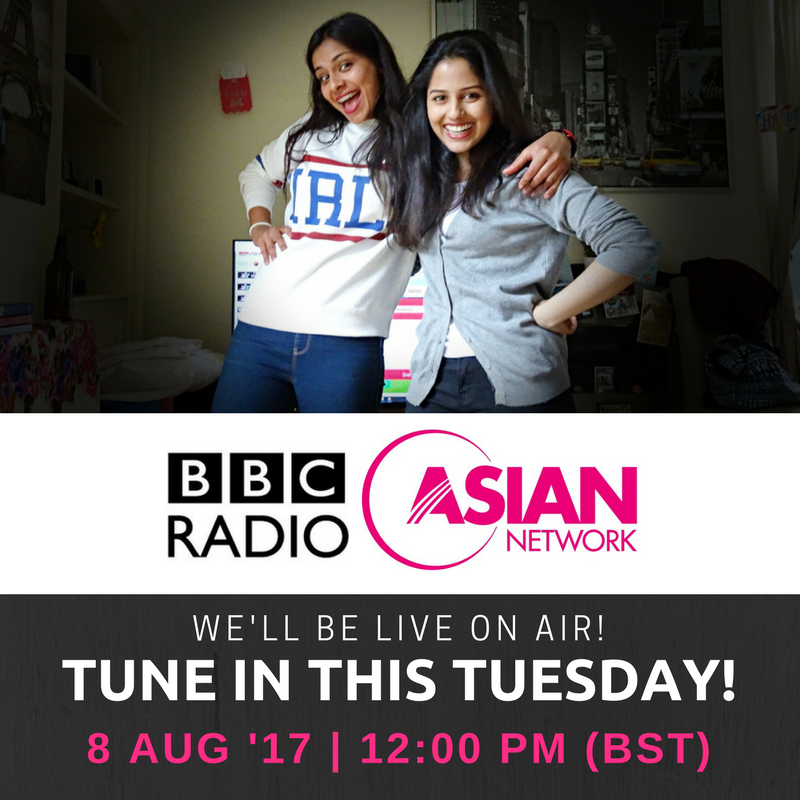 It would mean the world to me to be able to share this milestone with all of you who've been reading this blog for the past two years.

See you guys tomorrow - I'll be the one live on air ;)

P.S. I can't end this piece without talking about Meenal's crotch once again. When she first saw that promotion poster for our interview, she said, "I'm not sure how I feel about my crotch going BAAYAM! IN YOUR FACE! over there". I told her that no one would be looking at her crotch in that poster unless explicitly asked to pay attention to it - like I'm doing now. So can we just take a moment to appreciate this iconic picture of a man's head under Meenal's crotch once again? 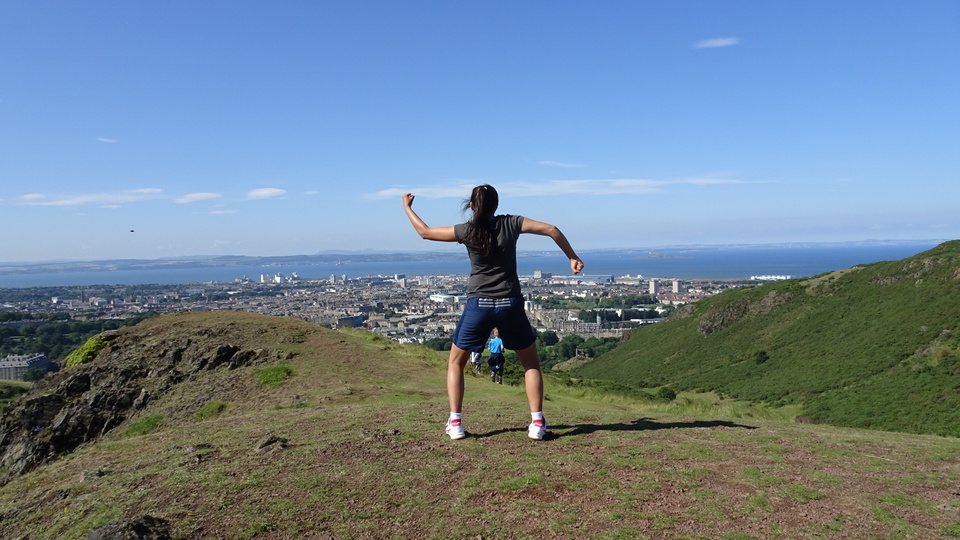 Now, I feel ready for my interview.