Time for a confession: Shane and I have never watched our entire wedding video, one that we paid quite a lot of money for.

We're sure it's in here somewhere and we know we have all the photographs (which I've gone through and he still hasn't) but the full-fledged wedding video? Yeah, we don't know what's in it.

It's a good thing all the originals are with my parents because they're the only ones who would spend time watching the whole shebang.

The wedding short-video, on the other hand, is a six and a half minute cinematic style work of art which I have watched a couple of times and Shane has watched exactly once in his life. But we both love it. I'm sure I've shared it here before but for those of you who are new to this blog, this is what I'm talking about:

We thought our wedding videographers had done an amazing job, but never did we imagine that it would garner over a million views on Youtube. I promise that Shane and I are in no way contributing to the view-count although we're quite certain that my parents are.

Since it was our anniversary earlier this week, my mother took that as an excuse to contribute even further to the view count on that video. A hysterical phone call soon after to tell me that someone really wanted me to die because I ate beef made me curious enough to get in there and check it out for myself because I couldn't remember for the life of me when I'd consumed beef on my wedding day. And this is what I saw: 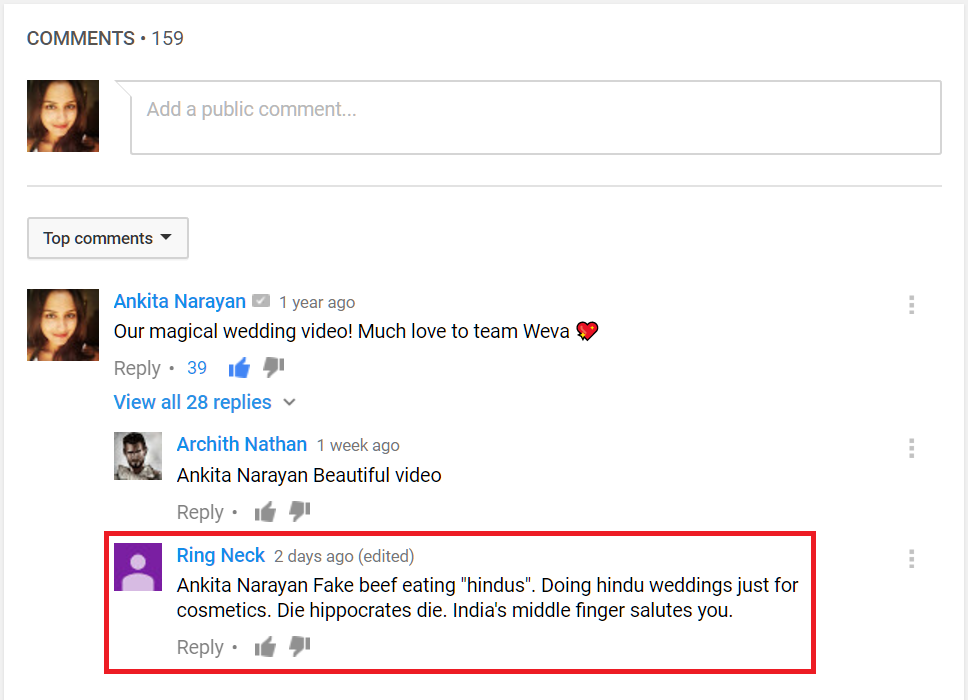 Can someone PLEASE stop this song from playing over and over in my head now?

It started the second my poor eyes landed on that comment and now I can't stop singing it even in my sleep!

But while I was looking at the word "cosmetics" in that comment, The Bromance directed my attention to another word in there. And this is how he did it. 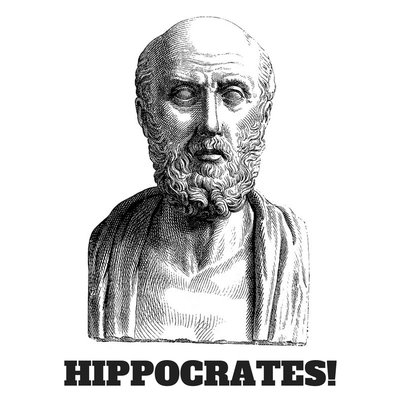 ever do to India?

Also, what does my country's middle finger even look like? Do I want to know?

Here's a guess: It's not as tiny as Ring Neck's "righteous", extremist, vegetarian Hindu dick.

Time to heat up some of last night's leftover Teriyaki Beef and get ready for a relaxing weekend. You guys have a good one too!