The Husband complained about the time I scratched his arm ("She tore through my skin and I had to stay up all night tending to my wounds", according to him) all weekend long. Can you pass me the ketchup? No, you tore my skin. Could you get me a spoon while you're in the kitchen? No, you tore my skin. Nothing I said would make him shut up about it. He even threw a tantrum and edit-locked my previous post where I explained what actually happened. Finally The Bromance said, "Okay here's the deal. Ankita, you have to stop watching Street Fighter 5 so much and Shane, stop being a Kylo Ren. Problem solved". Should I be worried that The Husband actually stopped whining after that?

Speaking of Street Fighter 5, I can't remember enjoying any game play so much ever since Just Cause 3 came out. And to make things even better, The Bromance bought the Arcade FightStick or "the stick" as we like to call it. "Let me rape those other players with my stick", he says. Yes, you read that right. When he brought the stick over to our place yesterday, he took advantage of my love for the game play and stole my seat next to The Husband on our tiny couch. My seat. MY seat. The one on the right side of the couch that made my life miserable when I had a zit on my left bum. Yes, that seat. But that was okay. I got the other couch all to myself, in it's entirety, and I got to experience what it felt like to have more room for my legs for the first time since I started living in this apartment.

The reason The Bromance actually came over was that we were planning a House of Cards Season 4 marathon. Ever since the new season released on Netflix last Friday, we have all been controlling our urges to start watching it. So we decided to get together and do a marathon. After we stopped playing SF5, when I asked The Bromance to move his ass from MY seat so that I could get uncomfortable on my tiny couch with my warm bodied furnace of a husband, he said, "I have lived on that other couch ever since you guys moved into this apartment. So today, I get to sit with Shane.". The two of them then got comfy under MY couch blankety and made friendly faces at me (this time, together):

Ever watched "Grace and Frankie"? It's a series that tells the story of two old couples who have known each other all their lives because the men, Sol and Robert, were best friends and one fine day, the two wives (Grace and Frankie) find out (after about 40-something years of being married to these men) that the they were in fact gay and wanted to finally come out and even marry one another. If I end up having to share their plight, I will hunt these two down and kill them. Pew-pew.

Although MY couch is directly in front of the TV and the view is better, sitting alone on the other couch was actually pretty amazing! I had all that space, all to myself. So when the food arrived and The Bromance went to get it, and when The Husband got this cheeky expression on his face and started gesturing to me to take his seat, I couldn't believe myself when I said, "Nah, I'm pretty comfy here.". But just to spite The Bromance, I STOLE MY SEAT BACK. For jointly plotting against him, The Bromance has labelled us as Frank and Claire Underwood. According to him, Claire Underwood is not simply a synonym for Bitch but for SuperBitch. But trust me, him and The Husband are more Sol and Robert than we're Frank and Claire: 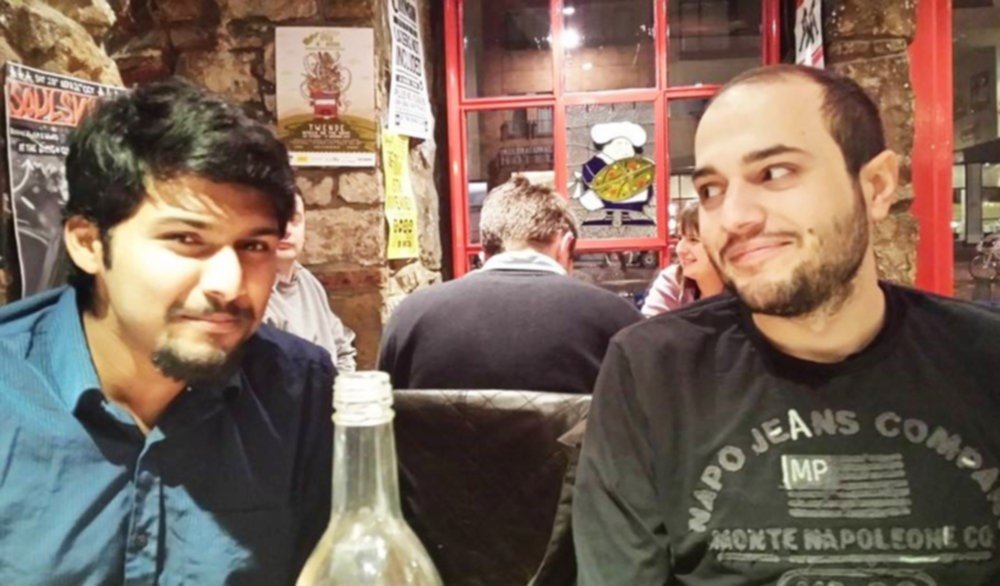