Before I start my rant, I need to show you the picture of the world's most adorable doggy that's distracting me from my seat near a window: 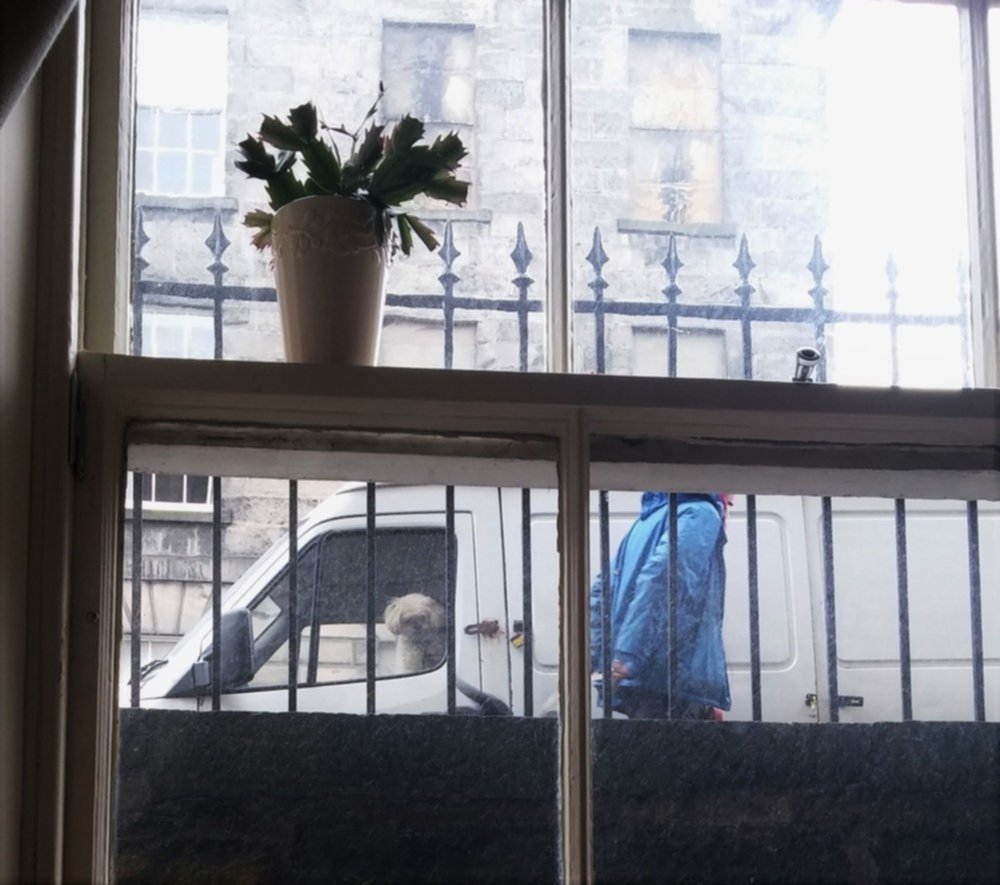 Note to self: never sit next to a window if you want to get shit done because the probability of getting distracted by out-of-the-world-cuteness is very, very high. Also, the windows need cleaning.

The Twitch I'm talking about is that annoying thing that my left upper eyelid has been doing since January. It's been about two months now and I am beginning to lose it. And how do I know that I'm beginning to lose it? I slapped myself in the face when it happened yesterday, that's how. I literally slapped my eye to stop it from twitching.

Some people say that a left eye twitch is a sign that something good is coming your way and others say that it's a sign of bad luck. You know what I think it's a sign of? LOSING YOUR FUCKING MIND. Because that's what's been happening to me ever since this started. Nothing spectacular happened in my life in the past two months so no, not a sign of good things coming my way and nothing horrible happened either. But I have been losing my mind over it. So much, that The Husband has asked me to seriously consider dragging my ass to an eye doctor just to get it checked. No fucking way am I going to a doctor over an eye twitch. AN EYE TWITCH! A psychiatrist maybe, but not an ophthalmologist. And GOD KNOWS I need a psychiatrist right now. Because who even does that? Who absent-mindedly slaps themselves over an eye twitch? Oh that's right, I DO.

They also say that an eye twitch could be caused due to a) lack of sleep - I sleep for 9 hours a day but maybe I need to start napping again (challenge accepted) b) stress - what's that? c) higher intake of caffeine/alcohol - I don't do caffeine and I haven't been drinking extra alcohol but trust me I could use some right now, what with all the twitching that is happening in my life. So yeah, I don't know what's wrong and it's KILLING ME.

When it happens, I feel like my eye lid has a will of it's own and makes me involuntarily wink like a creep at strangers on the streets. Who knows? That could be the reason why people stop me to strike up a conversation! This is turning out to be such a pain in the arse that I'm obsessed. My phone is filled with videos of my eye while it's twitching. The problem is, it feels like a major event, like an earthquake or any other natural disaster when it happens. But it feels that way only to me. Others barely notice it. I shake The Husband's entire upper body when it happens, imploring him to concentrate on my left upper eyelid so that he can sympathise with me but apparently he never sees it. I can't believe that he never sees it. I think he's lying so that I stop freaking out. Hence, the videos. I send him about 3 videos everyday, videos in which the eye twitch is prominently visible so he can't say that he couldn't see it.

As a part of this obsession, I shall document The Twitch here. Please bear with me while I elaborate:

I could go on. Oh, I could totally go on and you know it.