I know you're wondering, "Where's the April Favourites post, ANKITA?"

I promise both the favourites as well as the playlists are coming soon. But in the meantime, I just wanted to quickly pop by and talk about parents. Not just my own as I'm quite certain all the parents (new and old) reading this post will relate to this.

I want to start off by asking if you happened to spot a wee newspaper article featuring myself and Meenal on the front page? 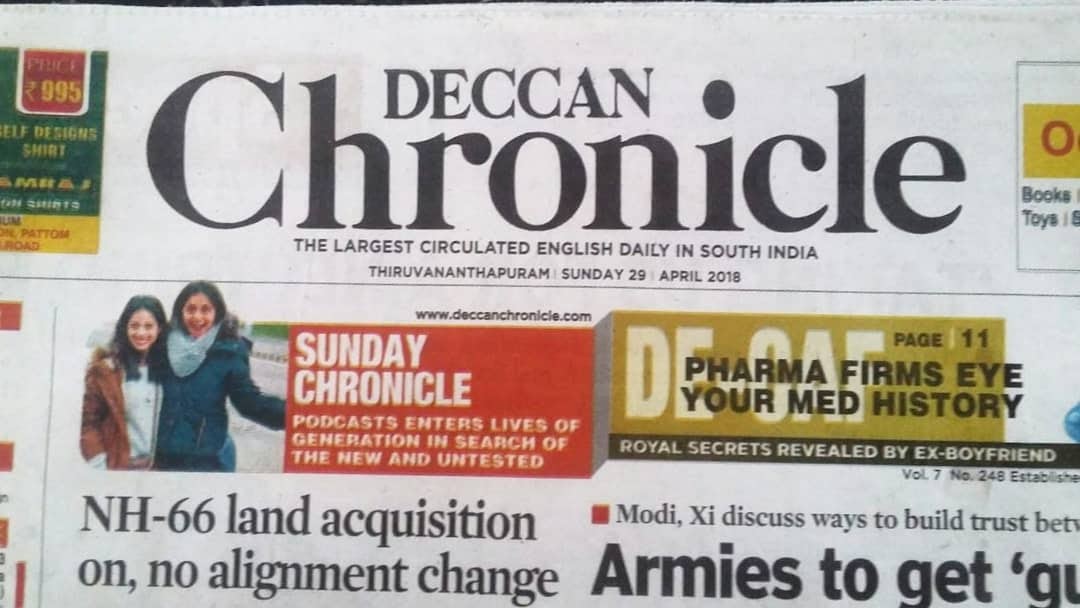 I'm sure you must have if you follow me on social media because I simply wouldn't shut up about it. I was my obnoxious best that Sunday morning but in my defense, this obnoxious behaviour was driven by a certain guilt one feels when one has doting parents. 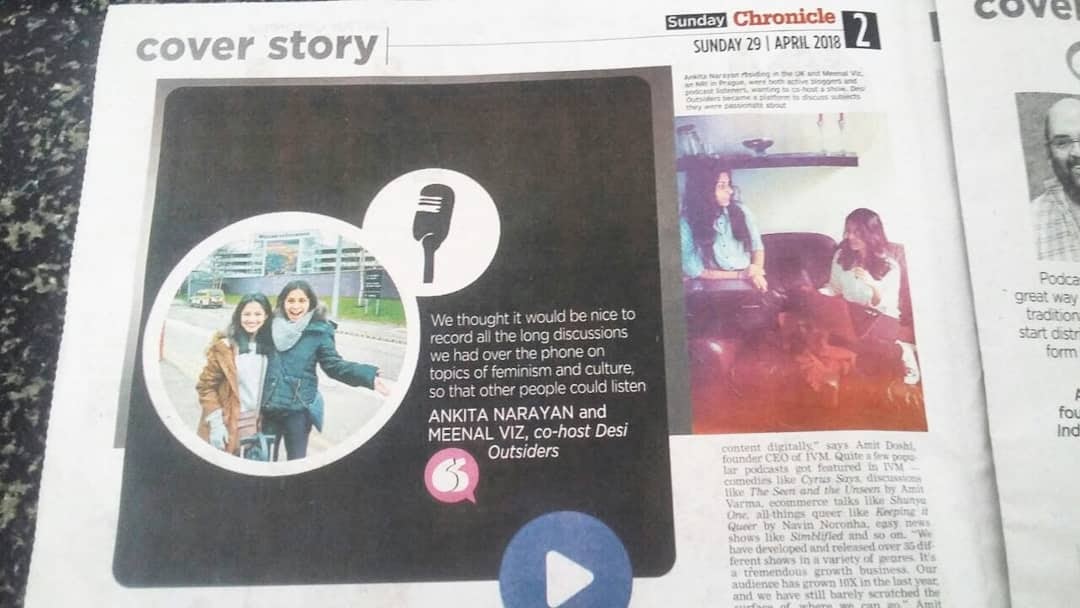 Because the actual fact of the matter is...(now, how do I say this without sounding like a complete douche?)...I forgot that the feature was coming out that Sunday.

I sent in our answers to the correspondent a few weeks ago and spoke to her a few days before the piece came out to confirm that it was still running, and then on the day before the release, I simply allowed myself to go ahead and forget all about it. The human brain works in mysterious ways sometimes, you know?

Like I mentioned in my last blog post, life has been a rollercoaster these past few days and by Saturday evening, all I wanted to do was kick off my shoes, forget about everything, and relax. And what better way to relax than plan a movie + cooking date with our friends who own my favourite puppy in Edinburgh?

So off we went to spend that Saturday evening cooking, petting Kasha, watching a movie, petting Kasha some more, trying exotic liqueur, curling up with Kasha on the couch, opening up a bottle of wine, and giving Kasha a leg massage.

Did I ever mention that these friends and Kasha are now our neighbours and I may have already known that when we were house hunting and that sometimes, we randomly find ourselves at their apartment in our pajamas because we're shameless and their dog is adorable?

So later that evening, upon returning from our pajama movie date across the street, I opened up another bottle of wine (because why not?) and started watching Fight Club (because why the fuck not?). I remember passing out before I got to the bit where Tyler Durden starts recruiting people into his army (not a spoiler, don't worry!) because when I woke up the next morning, the single most important thing on my mind was to finish watching the last 45 minutes of Fight Club.

That's when I noticed all the messages from my friends and family who had read the newspaper article and the separate set of messages from my parents who were acting as if I had invented a cure for cancer.

My mum and dad always make me wonder if I'd ever experience the range of emotions they go through on a daily basis simply owing to the fact that they are parents. Not my parents but just parents.

Be it the tears of pride and joy when I do something as basic as learning to burp the alphabet or those of sorrow and pain every time I'm about to board a flight that will take me far away from them, I'm certain that I don't currently feel as invested in any human being the way both my parents are in me. Maybe it's just a parent thing. And this parent thing is probably the only thing capable of evoking guilt about completely forgetting about a little milestone in your own life.

My parents don't subscribe to the newspaper that this article appeared on so when they heard about it, they woke up early in the morning, drove to a local temple, prayed for me first, and then collected this newspaper from a store close to the temple. They made this whole plan revolving around something I forgot about.

My mother described to me the scene where she saw the shop owner reach for the newspaper, and that when she saw my face on the front page, she let out a gasp and nudged my dad who almost did a happy dance on the spot. She took her own sweet time to narrate that story and I listened patiently because I was beginning to realise how much more important my small milestones were to my parents.

So when she got to the part where she told me that she could barely sleep that night thinking about seeing my face in the papers, I couldn't help but see flashing images of the second bottle of wine and Tyler Durden and his stupid army. There I was, having one of the best nights of my life and passing out with nothing on my mind and there she was with my dad, unable to fall asleep because she was too excited for me. I should have been the one feeling all the excitement, don't you think?

And don't get me wrong, the excitement was definitely there. It was there when I received a message from a sweet colleague I had the pleasure of training under while I was interning at another newspaper, telling me that she had forwarded my contact details to another colleague of hers who was working on a feature about podcasts in India. The excitement was there when I heard from this contact the very same day and agreed to answer some questions for the feature. It was most definitely there when I submitted all the answers to those questions and it was still there when the release date of the piece was shared with me.

But the whole process had taken a couple of weeks and by the end of it, with everything that had been going on in my life, all I cared about was snuggling up to an adorable puppy and opening up a second bottle of wine. I couldn't be more grateful to all the people who made this happen but I feel that at the end of the day, this was for my parents.

So I would like to take a moment to dedicate these features to my mum and dad. The Deccan Chronicle one, this latest feature on Brown Girl Magazine, and even all future ones, if I ever get so lucky.

Because try as I may, I'm sure I could never feel as proud of my own milestones as they do about the fact that I learned how to use a spoon some twenty-five years ago.