Last Saturday, I woke up to see Shane staring at his laptop. Nothing unusual, right? But as I was getting out of bed, he drew my attention to an email he'd just received from work. A colleague of his was going on a holiday and was hoping that someone would agree to care for his 11-year-old dog while he was gone.

This was one of those moments in our lives when we didn't have to think twice before taking a leap of faith - much like the decision to get married, which is what got us here in the first place.

Shane showed me the email, we both looked at each other with knowing eyes, and immediately began composing the response. We heard back from his colleague soon after and found out that some other people had also shown interest in the pup, although we were the only ones who were ready to take her in for the whole time they were gone. Our innate Indian competitive spirits were satisfied with that knowledge and I told Shane that there was no way I was going to let anyone else have my dog. I was going to win this one. In fact, here's what Shane had to tell our friends about it. 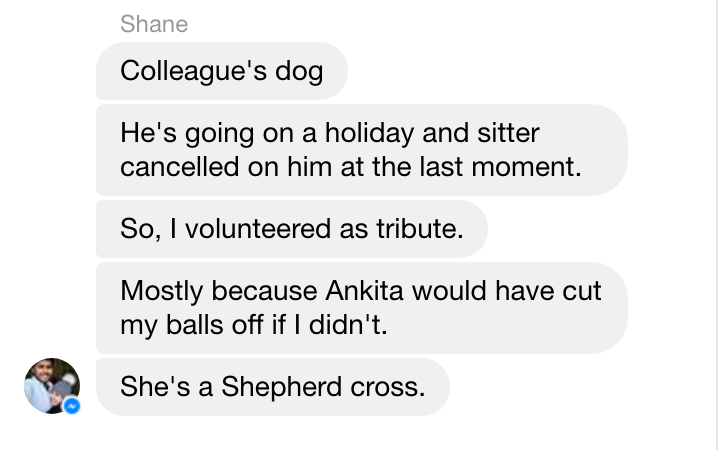 But everything worked out and a date was arranged. On Sunday, we went over to their place to meet precious Kasha for the first time. 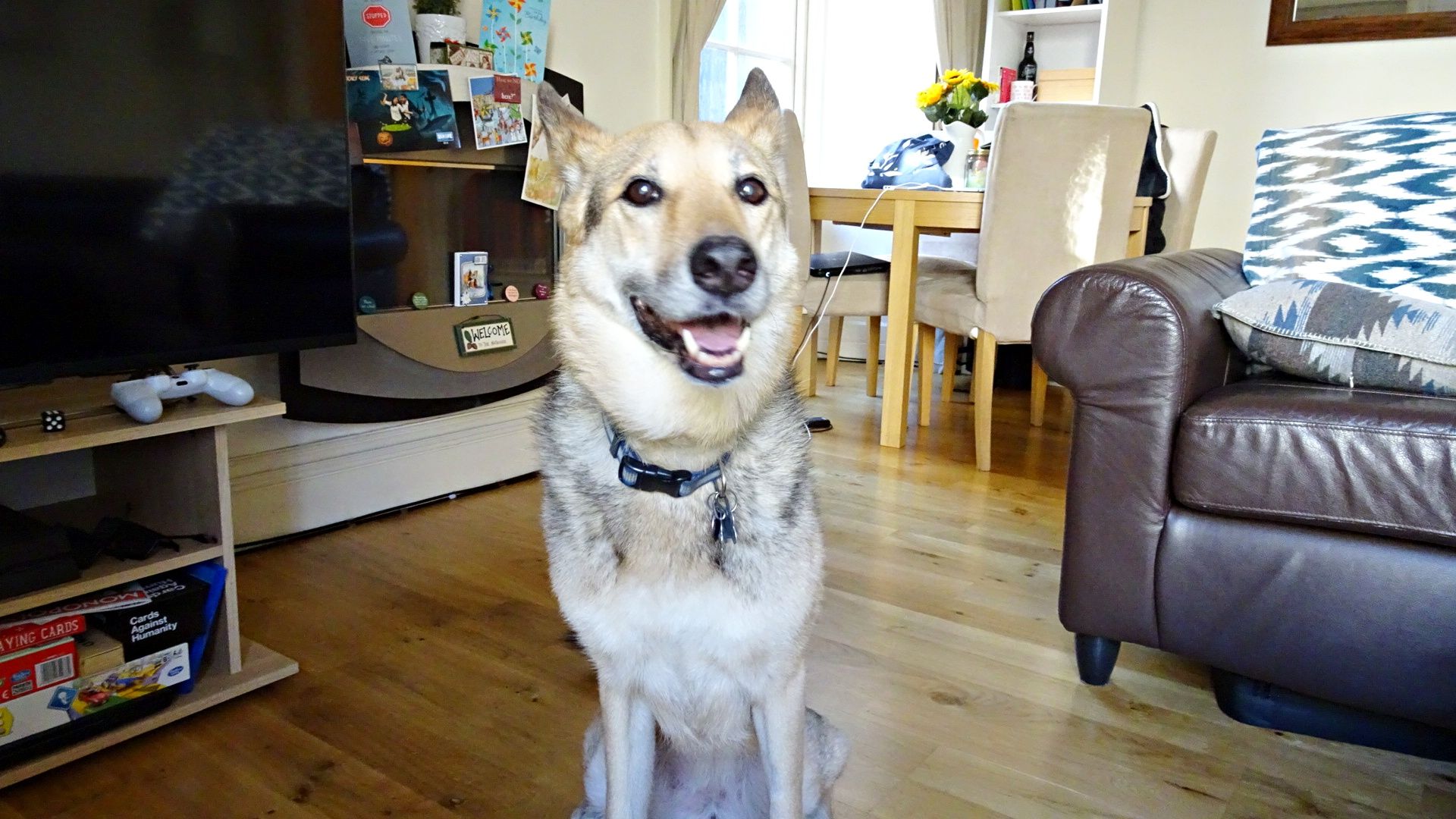 And boy, did we fall in love!

She's the most gentle spirit you'll ever meet and hands down, the most well-trained dog I've ever come across. She doesn't cross roads or even pass through doorways without your permission, and she even plays hide and seek! My heart expanded and got filled to the brim with love and adoration. 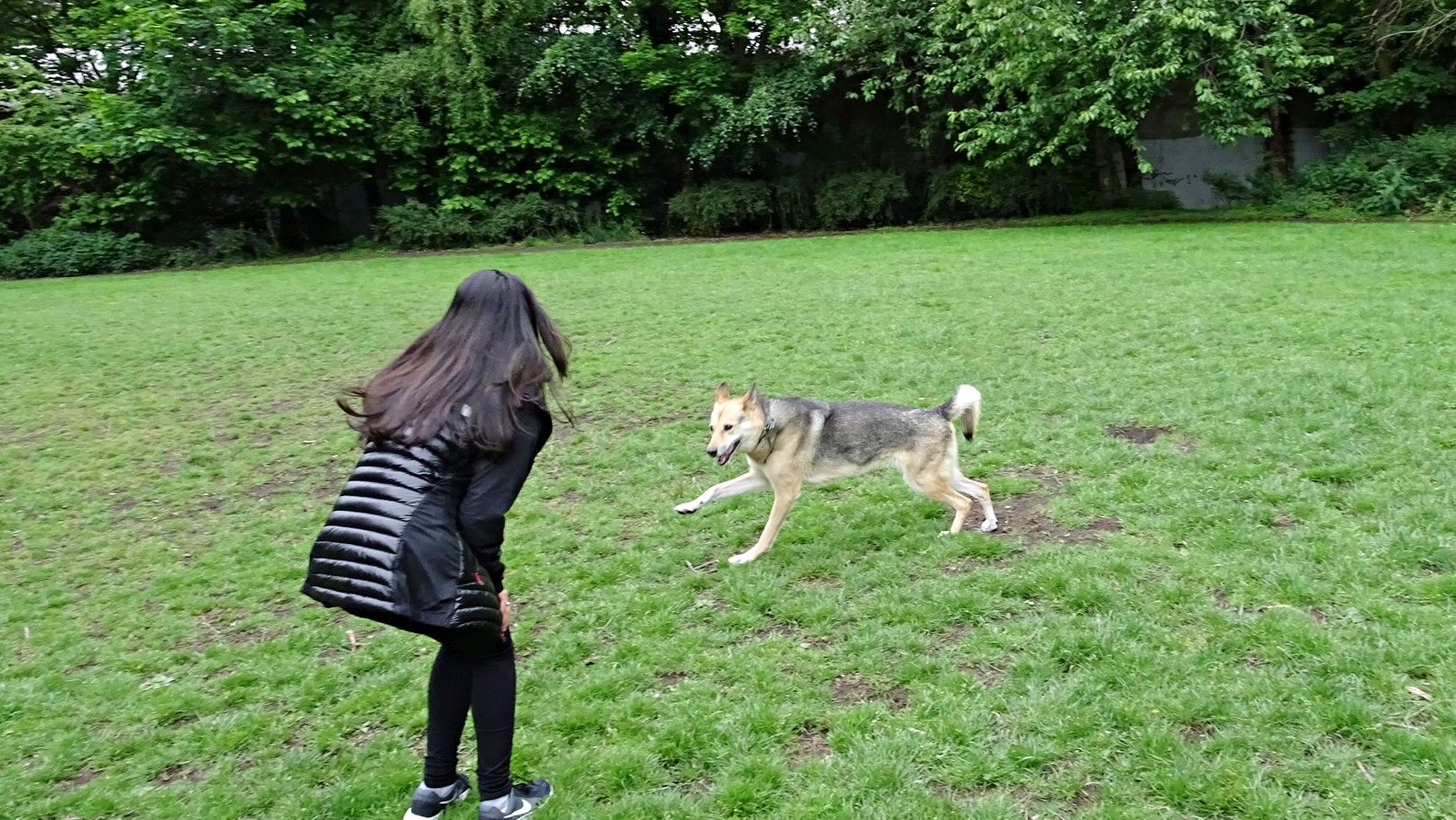 This little one got here yesterday and will be with us for a whole week. Life at the Shankita household just got infinitely better. Right before she came, I walked around the house frantically getting rid of bits and bobs from our floors. When I asked Shane to please for the love of God (!) put his stupid socks away in the laundry, he reminded me that Kasha "was just a dog" and that "she wouldn't care if socks were lying around the house". This is where I played the "experience card" wherein I've been a dog owner before and he's had no experience whatsoever with pets. So I took the liberty to exaggerate and scare him a little bit by asking him if it was his intention to allow the poor puppy to choke on his socks and d-i-e while she was under our care and protection. That did it.

I'm going to be a horrible human-parent.

But let me tell you what kind of a dog parent I'm going to be. Here's a hint - that kind. You'll see what I'm talking about soon.

So here's a little bit about our precious houseguest.

This is how Kasha sleeps - with one paw on her wee snout. 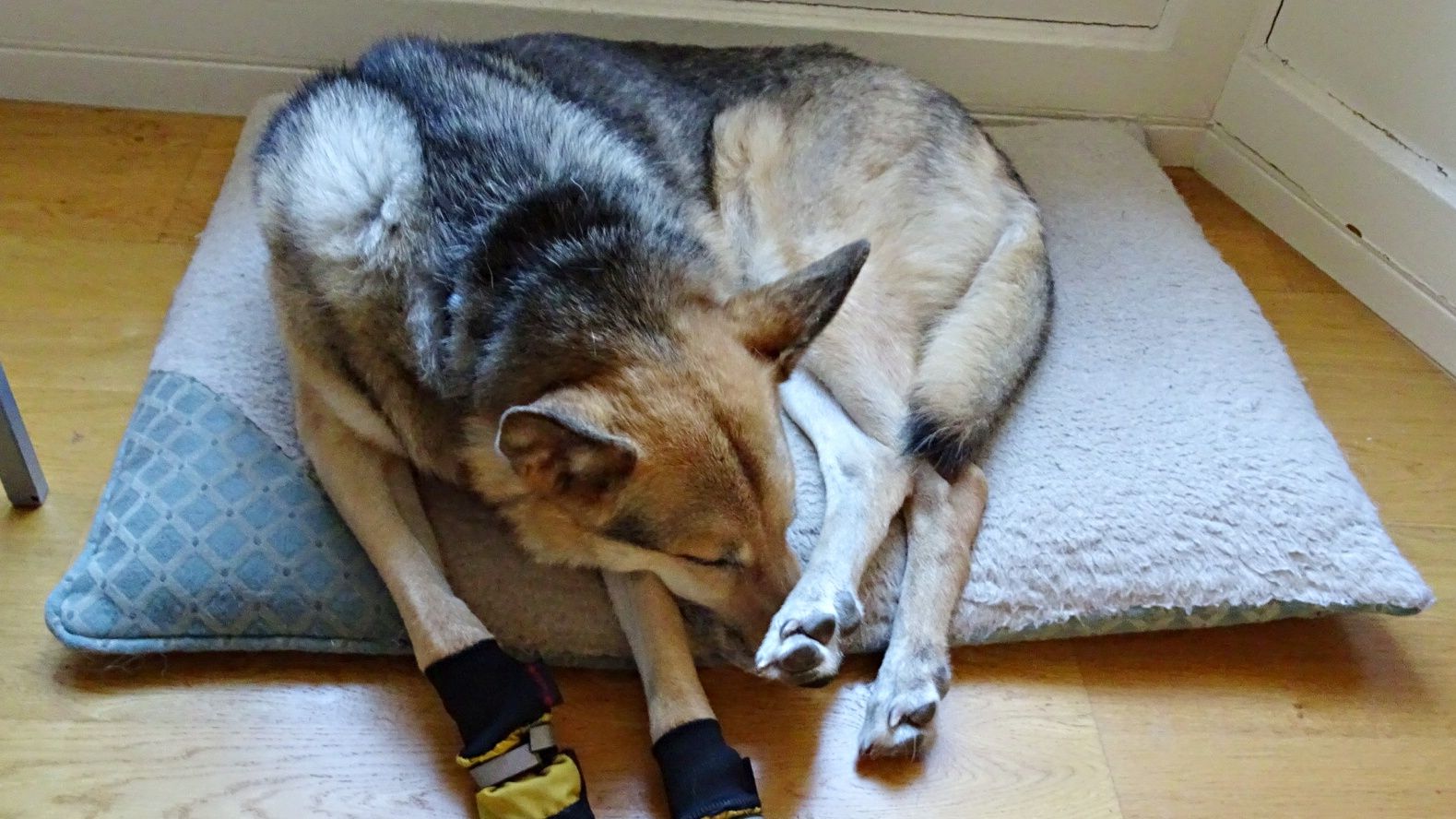 This is how Kasha reacts when she thinks someone's at the door - WHO DAT? 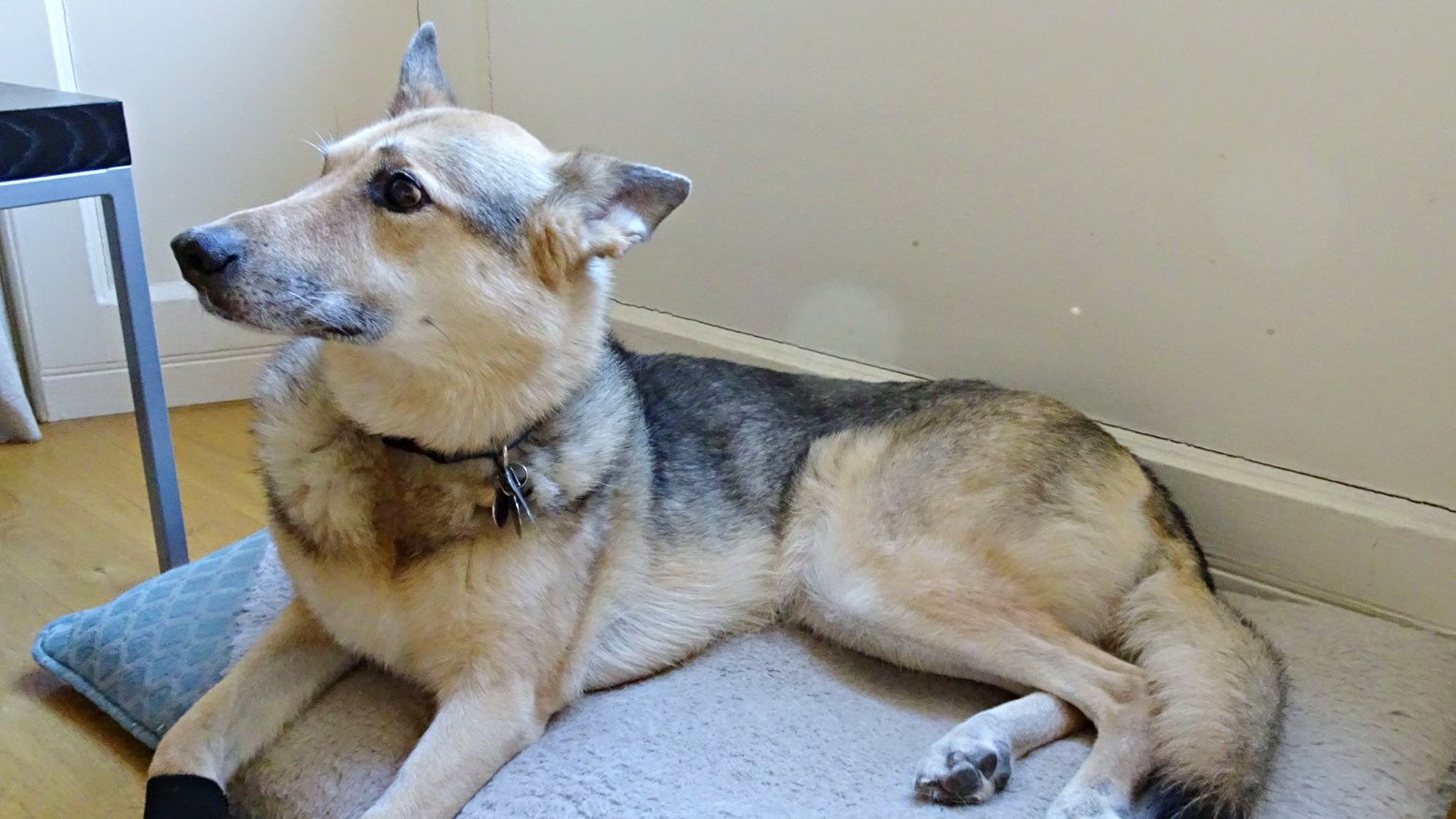 This is Kasha enjoying the view from her bed. 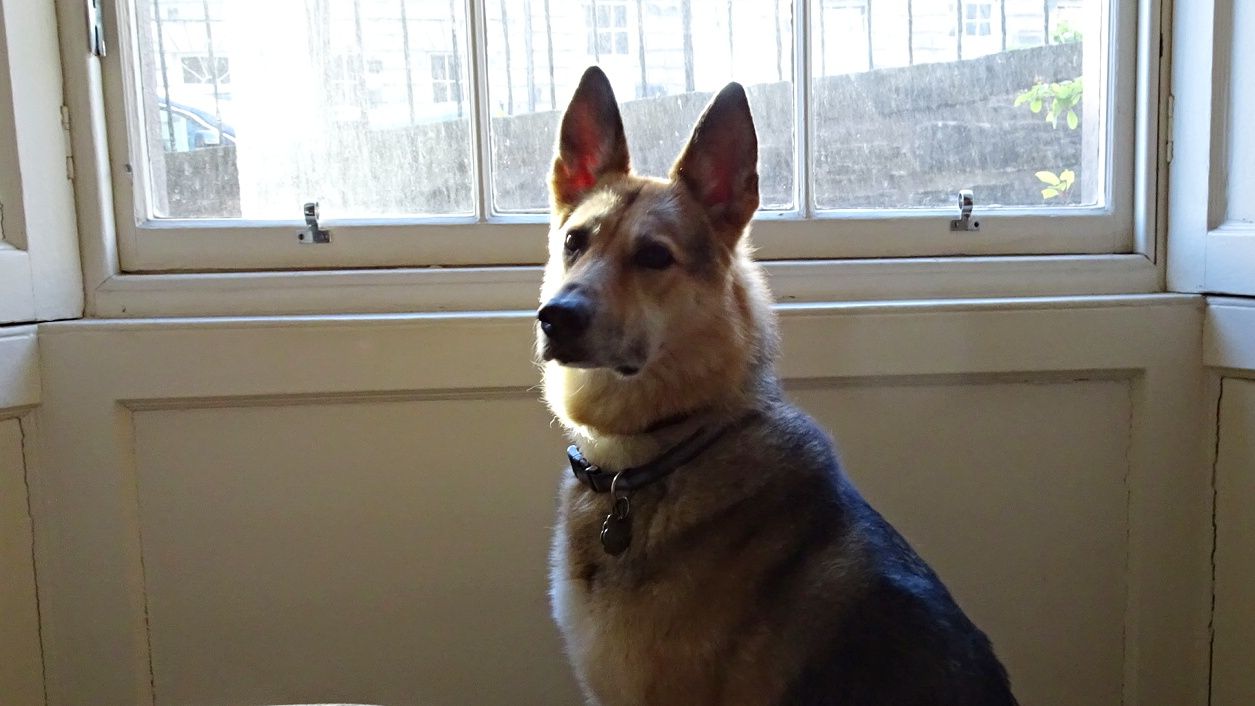 This is Kasha at the park. 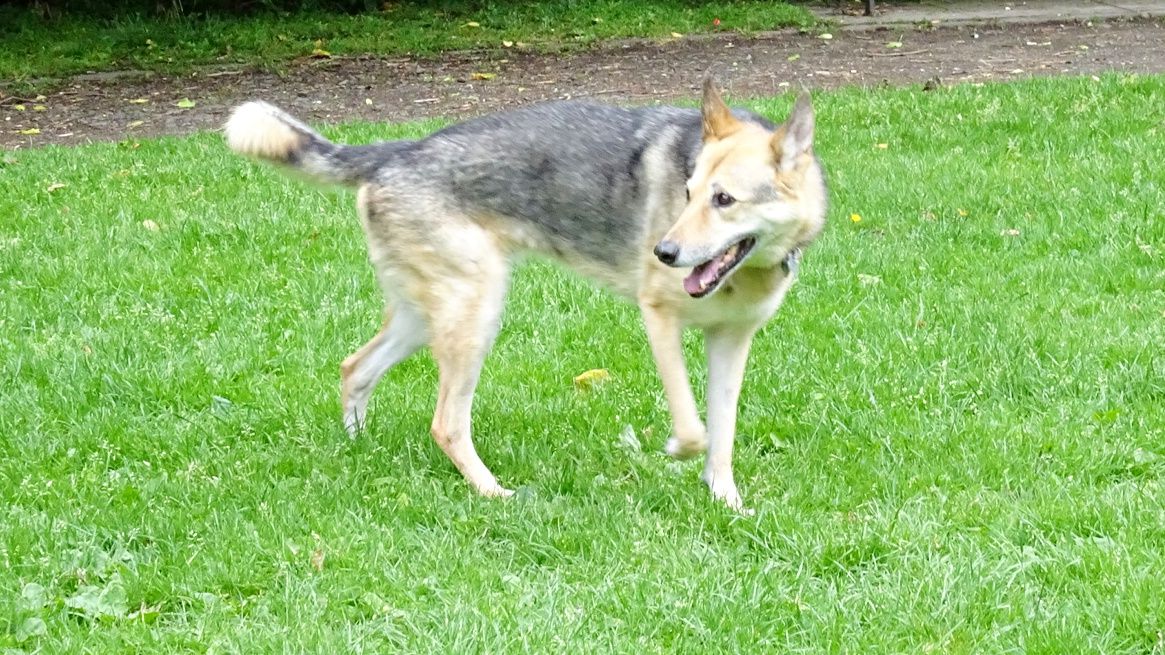 This is all you see when Kasha starts running at the park. 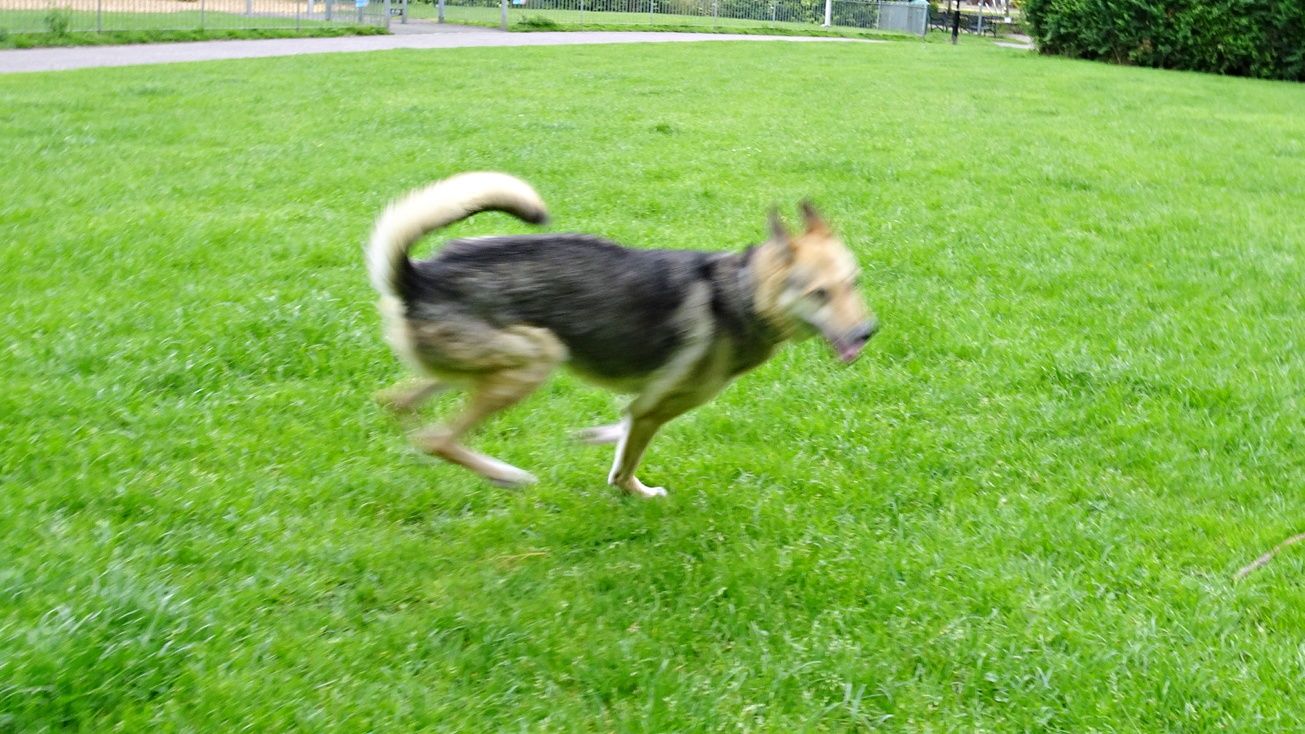 And this me trying to keep up. 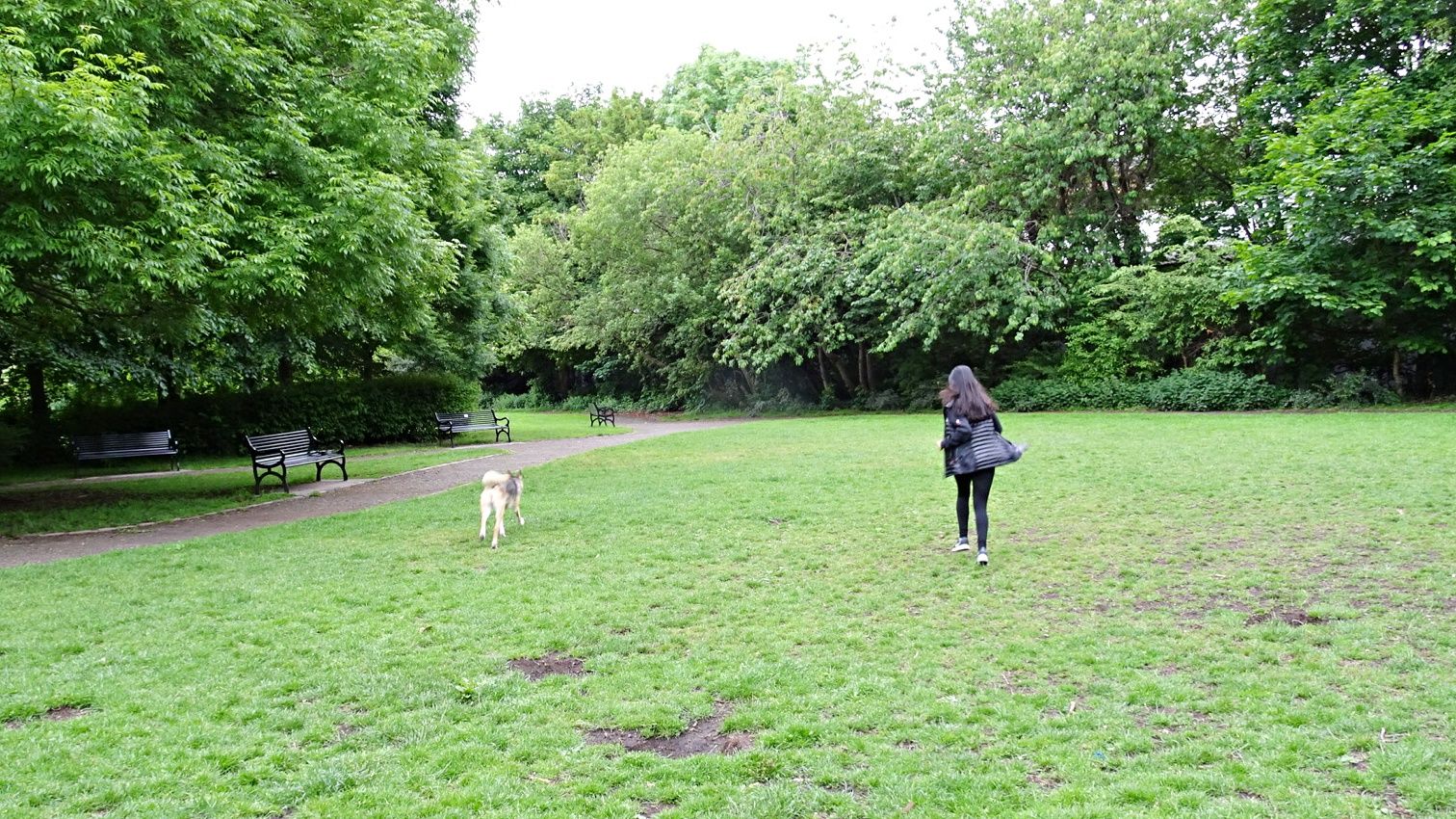 Although Shane describes it as the time when "Kasha ran and Ankita waddled along". He was generous enough to demonstrate with this gif.

But coming back to the star of the show, Kasha is quiet and well mannered, hardly ever barks except when someone rings the doorbell, always asks for permission before entering other rooms of our house, and always obeys commands as long as Shane's the one delivering them.

I like to believe that she loves me more and sees me more as a friend so she doesn't really feel the need to obey me every time I ask her to sit. Or maybe she's just getting old and losing her hearing, so she responds well only to Shane's deeper voice. I could sit here making up excuses for her occasional lack of regard for my authority all day long.

But one thing that has become clear in the time we've spent with her so far is that Shane's the bad cop and I'm the kind of good cop who really shouldn't be allowed to train puppies. I'm a big ol' pushover with a mushy heart when it comes to her and I'm sure you'll believe me when I say that I haven't been as nice to another human being in my life as I've been to this dog. In fact, I don't remember what I sounded like before she came into my life because baby-talk in an annoying baby voice is all that escapes me now. Do you see now what kind of a dog parent I'm going to be?

And who can blame me? I bet Kasha is the cutest thing you've seen all day and if you ever met her in person, you'd secretly want to keep her all for yourself too.

Do follow our Instagram Stories for more Kasha adventures. This week at 22 Nelson Street is going to be full of sunshine, rainbows and fairy dust.