So, I'm back at my desk after 4 days of absolute bliss and I can't help but feel a little depressed. There's this gaping hole in my chest because before we parted, Punchy and I decided that we wouldn't address the elephant in the room, that we wouldn't talk about when we'll see each other next. Because last year, around this time, neither of us had any idea that we'd be walking through the streets of Edinburgh, Glasgow and London, cracking lame jokes and laughing till our tummies hurt. We had no idea that we'd be given this year of happy reunions. But it happened and we're more than grateful for it. But what next?

When I hugged her goodbye, I had a tough time holding back my tears because I really didn't know how long before we spend this kind of time together. She kept telling me that I should only concentrate on the good and on the fact that we got to spend four amazing days together, and not question when it'll happen again. Because it's so not us to see that far into the future or make plans only to be disappointed later.

Over the weekend, when I was going through her UCL Yearbook where they had pictures and personal details of all the students from her batch, I noticed that while some of them had gone on and on and on about the people they wanted to thank, and what they thought their futures held in store for them, Punchy kept hers short and sweet and altogether ignored the section about her future plans. She answered every single question in there in a line or two but left the one about her plans for the future blank. When I saw that, I couldn't help but laugh out loud because it was so her. "Plans for the future? Fuck if I know!"

Our four days together were pretty much the same. I knew I was going to do two things, come what may. I was going to 1) spend some time with Madam Madan and 2) meet up with Meenal. Interestingly enough, Punchy also had exactly two things she knew she had to do while I was there - attend a birthday party (which I was also invited to but had to decline because I was going to be with Madam Madan) and a farewell brunch with one of her friends who was leaving for Prague (Did I mention that Meenal was also from Prague? And we hadn't even planned to meet in London but just happened to be at the same place at the same time? It baffles me how you can sometimes connect the dots without expecting to). So it worked out just perfectly for Punch-Monki as we were both sometimes occupied separately while we were there together. But apart from that, neither of us had any clue what we were going to do. None at all. We'd just wake up in the morning and one of us would suggest some landmark and we'd either take the tube or the bus or just walk there. After our separate brunches on Sunday, Punchy met Meenal and I and the three of us just hung out. We walked aimlessly through Oxford Street, and what do you know? They were giving out free Magnum ice-cream bars because it was the day of their new flavour launch.

When they gave out free magnum bars at Oxford Street, Ms Punchy dished out the one thing she learned from her uni life: grab the free food no matter how long the queue is. We got all three flavors. And I don't even like ice cream 🙏 #justlondonthings #magnumflavorlaunch

From last Sunday. View of the Tower Bridge 🌉 , the Tower of London and Canary Wharf after two hours of walking 🙏

It took us two whole hours and I clocked in 30,000 steps on my app that day. Our feet hurt like hell. But it was the most fun we'd ever had. We even came across Sir Francis Drake's famous galleon. 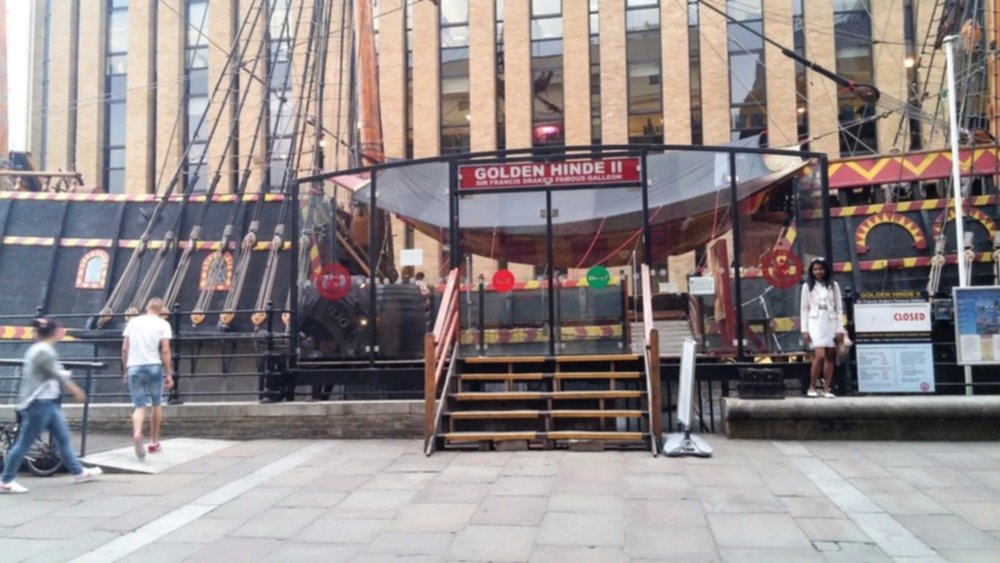 And THAT, my friends, is a big deal to us because when we were doing our module on British History, he was one of those characters that both Punchy and I had a crush on simultaneously. A huge, HUGE crush! That man was badass.

So that's how it was. We ate when we felt hungry, drank when we were thirsty and sat down when our feet started killing us. I'm not sure if we'd have had this much fun if we'd actually planned to do any of the things we did over the weekend, or if we had an itinerary telling us where we'd have to be at any given time of the trip. So basically, we were like this:

"Hey, Harrods is close to where we're heading. Do you wanna check it out? I haven't been there either." 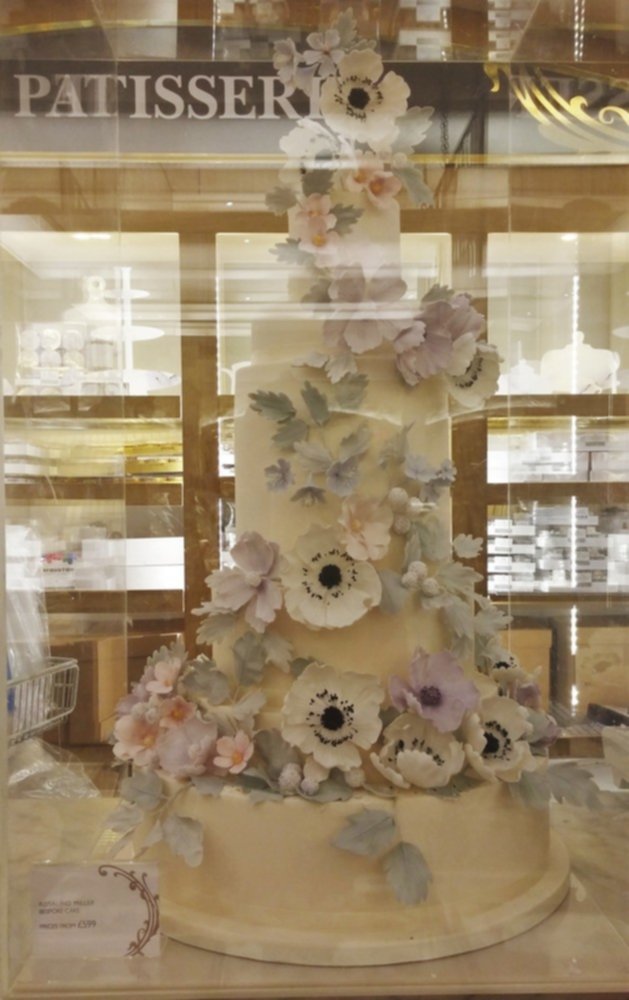 The day I buy a cake worth £650, I'm going to package it and freeze it in a such a way that I get to have one slice per day for the rest of my life. Because chances are, I sold a kidney to buy it.

And the Diana-Dodi Memorial at Harrods was apparently always on Punchy's bucket-list. Check. 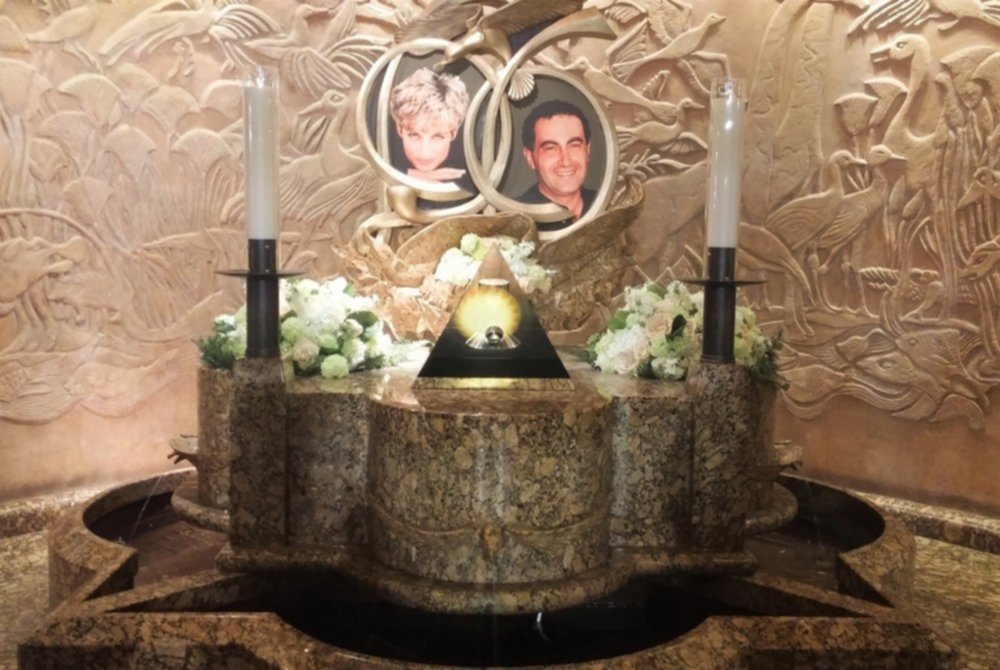 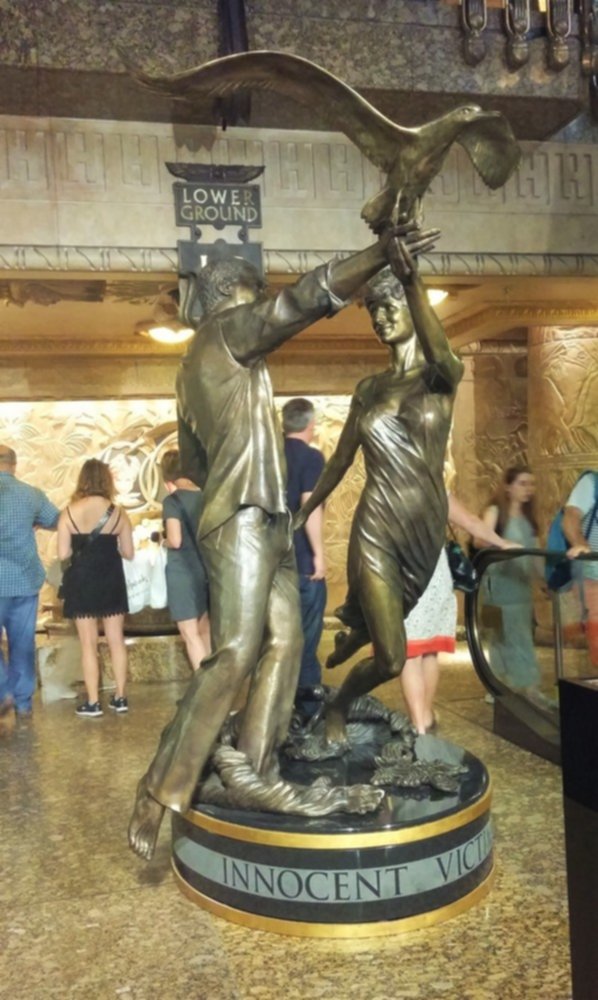 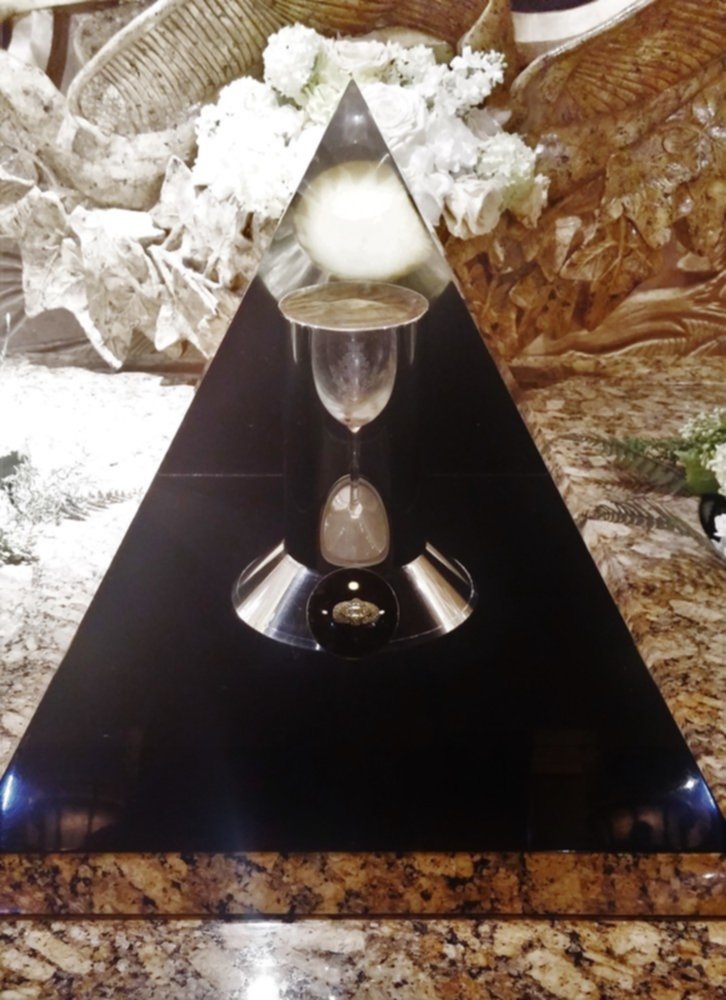 But today as I sit here at home, typing out this post, I know that what I'm going to miss the most is...us. And our constant banter. A LOT of talking happened over the weekend, and even right before I left, we were sitting in her room, chatting about random things. Sure, we can Skype or call whenever, but I know that I miss her right now because of the uncertainty regarding the next reunion. I know that I'm going to miss her for some time. But what I don't know is how I'm going to deal with it. So I'm just going to take her advice and go with the fucking flow. Only wonderful things have happened so far so I'm going to trust both our instincts on this one.

Because I'm not one to make many friends. I just have a handful. But that handful, I would die for. I don't know how many of you have such people in your lives who remind you that certain relationships that you choose for yourselves are way more valuable than the ones you're forced into by the randomness of your birth. I have seen people who are closer to their cousins than they are to their own siblings. I've seen people who cherish their partners' families more than their own. I have seen partners who confide in a child more than in each other, and I have seen children who are comfortable enough in their relationship with their parents to never feel the need to move out. But most of all, I've seen people who really mean it when they say things like, "I have friends like family". If you have had the privilege of experiencing any such relationship, God bless you! Because God knows that's rare. And today, although I'm sad, I feel grateful for this emotion because I'm lucky to even feel it. I'm LUCKY to have my people in my life.