So, in my previous post, I'd given you a gist of 5 horrible stories, one of them being mine. I was really flattered to discover that you guys picked the most mellow, sane and "socially acceptable" story as mine. Thank you! But so sorry to disappoint :D Teeheee

Although, at the time, I was mortified to even think of what happened, today I'm smiling like an idiot while typing this out. This story needs to be recorded for those times when The Husband struggles to bring something up from the past to throw at my face when we fight. So let's get to it, shall we?

We were on a holiday with a friend who only drinks wine. So one evening, we returned to our airbnb accommodation with a few bottles (whyyy?) of red wine. I was practically a wine virgin at the time, having only tasted proper wine at a fancy brunch The Husband hosted for his close friends soon after we got here. The other wine that I'd previously tasted was the "Christmas" wine that is locally brewed by older married couples around Christmas back home. They even brew "children's wine" which is sweet and supposedly non-alcoholic. So when I thought I was going to drink wine, I actually half-expected grape juice with added sugar, although I knew what I was getting into. I know what you're thinking. How classy! I know.

Whenever I saw people in the movies saying that they don't remember the things they said and did when they were drunk, I never believed it for one second. I called it out as a LIE! Because I truly believed that people were only looking for excuses to not take any responsibility for their actions. But then this happened. And I'm not much of a judgemental prude any more. So yeah, some of my memories from that night are very, very fuzzy. I truly don't remember most of what happened. I don't remember when I fell asleep/passed out, but the whole story was related to me by a very tired husband and a very amused friend.

As it turns out, they saw me get up from my bed and walk towards a cupboard. A cupboard that belonged to the owner of our apartment. A cupboard full of his personal belongings and clothes. Apparently, I looked around the cupboard for some time, then opened one of the drawers and sprayed red puke all over it before walking back to my bed and passing out again. I also heard that The Husband made me sit on a chair in the balcony while he was cleaning up. I remember that part because I was cold without my jacket and kept trying to walk back into the room to get it, but the smell inside the room made me throw up again. Aaaah, good times. Thank God for fuzzy memories.

However, I had a very hard time believing all of those stories because when I woke up, the whole place was smelling of freshly laundered clothes and cleaning liquid. All the surfaces were shining. Everything looked perfect. I thought they were simply pulling my leg because I had zero recollection of anything. It was only when I saw all the washed and dried clothes that I believed them. Oh, and also the white shirt that I was wearing. What a lucky day to be wearing white.

The Husband was also obviously tired and half asleep when it all happened. But you know what my husband did? You want to know why I should probably stick him up on a pedestal, build a temple for him and worship him all day? THE HUSBAND (God bless him!) stayed up all night long, cleaning up the mess I had created. He wiped and scrubbed and cleaned and laundered and wiped some more. All. Night. Long. The place looked way cleaner than it did when we got the keys. No wonder we got a five-star review from our host.

But that's not the reason why I should worship this man. He hates cleaning. Cleaning as a chore would be the death of him. He would rather throw away his dirty dishes and buy new ones after every meal than actually clean anything. It's just one of those things that he can't and won't do. And that man, stayed up all night long, cleaning his wife's disgusting, red, stinky, sticky puke. But that's also not the reason why I should let him eat ice-cream for breakfast. He smiled at me when I woke up. He didn't get mad at all. Not about the puke, not about having to stay up all night. Instead, he laughed and said "Shit happens". Would I have been that kind to him if our roles had been reversed? I can't say for sure.

This is the cleaning paper that was available at the apartment. This is what he used to clean up all the red puke: 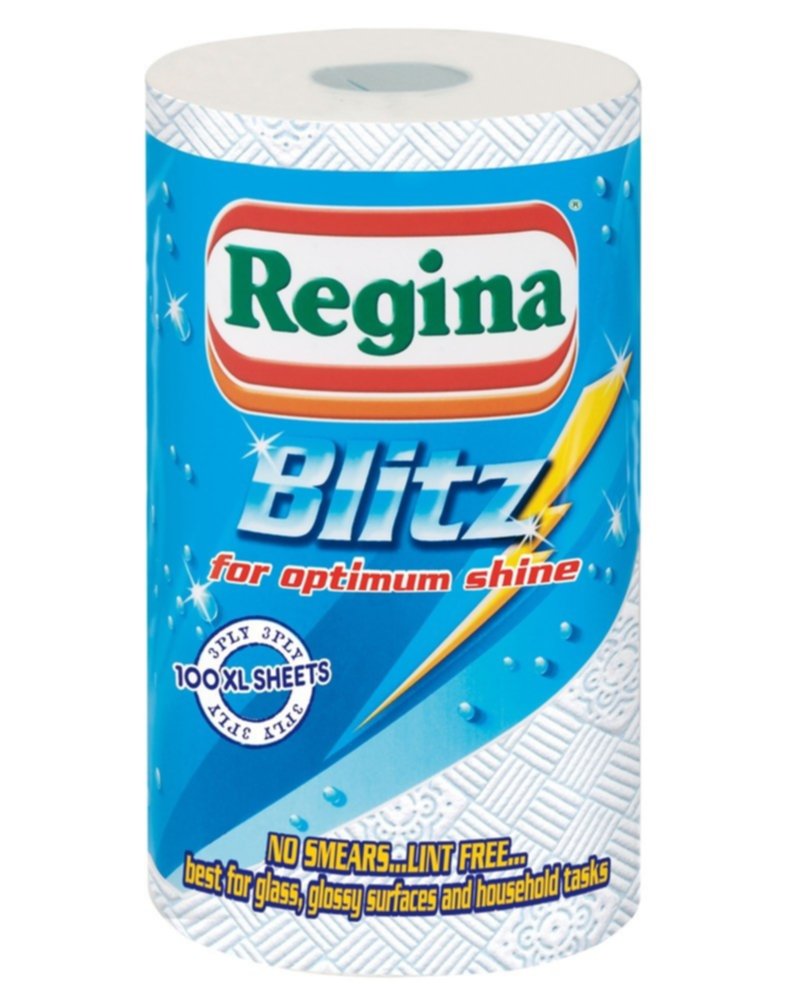 It's an amazing product but we never used it before this "incident". And ever since, whenever we cross one of these at a store, he points at it and then at me and says, "Now, where have I seen you two together before?". And I would go red with fury, humiliation, anger, frustration and remorse, all at once. I can't bear to even look that thing. Even now. And guess what? He buys them every once in a while and leaves them around the house for me to see. Just to see my reaction.

I may let him eat ice-cream for breakfast. I may even build a shrine for him and worship him. But I'm still going to revoke his shopping privileges.