It's never uncommon for me to have a giant foot thrust in front of my face while watching TV, the implication of which is that Shane needs a foot massage although the message is hardly ever conveyed in so many words. Other times, I'm distracted from the task at hand when one of my hands is gently steered towards either his back or head, indicating that I'm expected to scratch said area without being formally requested to do so. The basic gist is that whenever Shane needs to employ me in manual labour relating to his physical comforts, there's hardly ever any verbal communication that takes place. Feet are thrust, hands are steered, and he is left feeling satisfied in his pursuits. Now go back and read the last two sentences with a dirty mind while I excuse myself to giggle in a corner like a twelve-year-old boy who just discovered pubic hair.

Keeping his habit of zero verbal communication surrounding foot rubs and head scratchies in mind, I decided a while ago that I'd make him a couple of coupons for these simple pleasures. As you can imagine, be it maneuvering his giant foot with both my hands, or raising my hands up to reach his head situated a whole foot above mine, this form of manual labour is hardly enjoyable to me. So, in a way, his surprise on Day 5 is more a treat for me than for him. 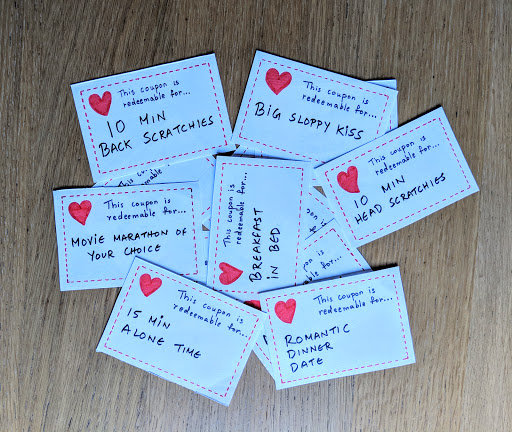 I made him twelve of these, valid until his next birthday, in the hopes that he will redeem only one per month. But the minute he saw these, his immediate reaction was in the form of a very...Indian...question, "What is the process like to apply for more of these coupons?" 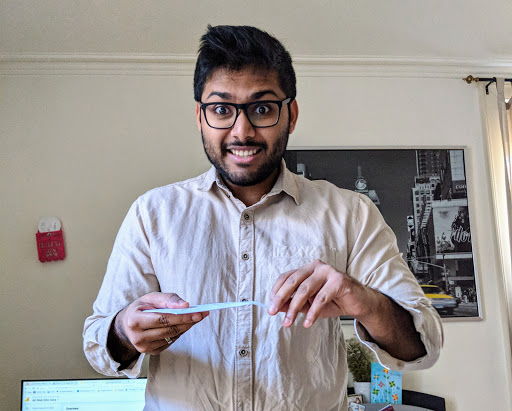 Because clearly, there weren't enough to last him even half a day. 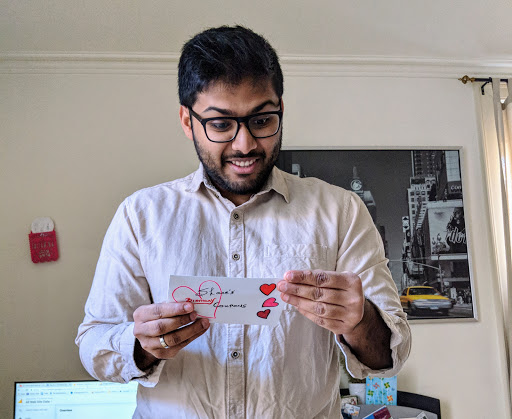 And that face right there? That's the exact reason why the pushover in me decided to make him an extra couple of hundred coupons which might last him an entire week.

Just about eight hours to go until he turns twenty-six, and for all you know, this might be the year he decides to shave his beard or iron his shirts before showing up at work.