First of all, let's talk about that post image, shall we? I think most Indian kids have had to go through multiple stages of having all their hair shaved off like that. The agony! This one happens to be one of my parents' favourite photographs because of a) the missing hair b) their love for mentally scarring me by getting rid of my hair and then forcing me to go to school so that the boys could make fun of me ("but at least they won't pull your pigtails anymore") and c) the expression on my face. I look like I really need to poop but instead, that goddamn photographer is making me pet a wooden elephant. Can we also give my mom credit for always dressing me like I was going to receive an award? Always. All those childhood photos have me in nice dresses, complete with socks and pretty shoes. And then she'd go and ruin it with a bindi on my forehead. Well done, mother! 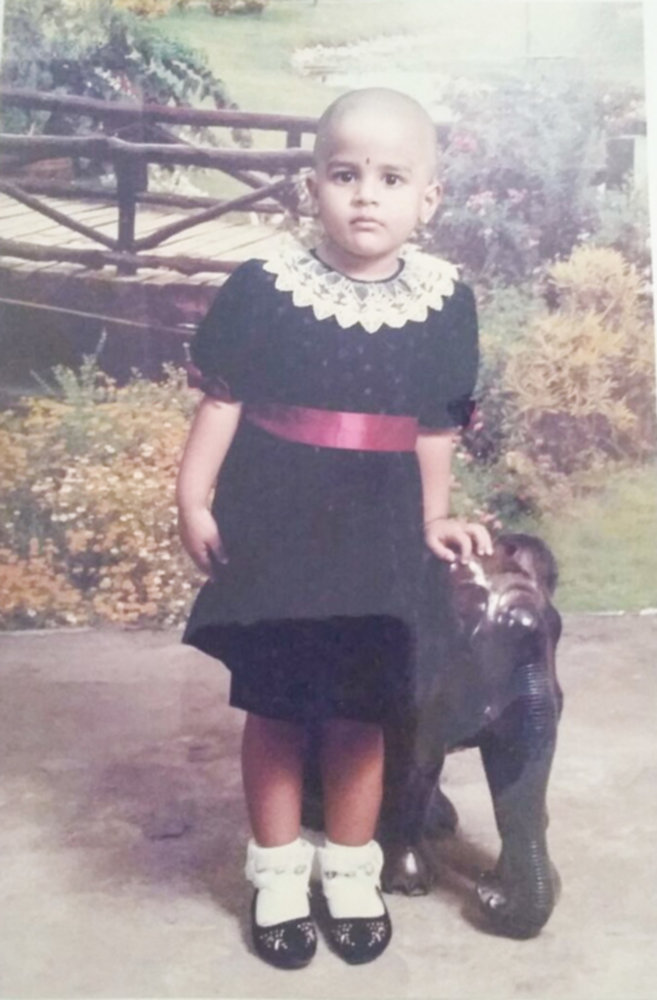 When I wrote the piece about the time I tried to kill myself by squeezing germs from my mop and drinking it, my mother called to remind me of the many other suicide attempts from my childhood. Oh boy, it all just came flying back and now, I CANNOT wait to share. Although, I feel I need to clarify that the aforementioned suicide attempt took place at the age of 3 so please don't call the cops on me. The ones I'm about to tell you took place between the age of 4 and 12 if I'm not wrong.

So there you go. Three more childhood suicide attempts, one of which my parents were probably not even aware of. But I'm curious to know strange stories from your childhood as well. Do you relate to any of the above? Did you do anything even stranger than all four of my crazy stories put together? Do leave a comment down below because I'm genuinely interested :D