Next week will mark two years of living together for us, and something tells me that Shane and I have emotionally grown enough to start being responsible for another living being.

You know how couples who want to start having kids only notice babies wherever they go and find all kinds of them adorable? Even the ones that scream non-stop in 5 a.m flights? Yeah, we're both going through that phase right now, except with dogs. We love them all, even the high-pitched Pomeranians. We've been slowly progressing into this phase and realised that our dog-parental instincts are pretty strong when we ended up on the Portobello beach which is a 40-minute ride from our home and spent close to three hours doing nothing but comment on dogs.

This exercise also taught us a lot about each other's preferences when it came to dog breeds. Shane adores the big, strong dogs and I feel that this might be his way of trying to bring balance into his life in terms of cuddling up to someone/something his own size. A lot of that has not been happening ever since he stopped living with The Bromance and moved in with me. If only I went to London more often so that they could plan more sleepovers together.

But coming back to dog breeds, my ovaries usually threaten to explode when I see the little dogs, or as I tend to put it in my creepy dog-mom voice, the widdle ones. I wanna pick up the widdle ones and carry them around in my handbag. That might be me wanting to cuddle up to someone/something my own size too. Unfortunately, I don't know another human being who's as tiny as I am so no sleepovers for me. I'll have to make do with a tiny puppy.

Finally, we decided that we wanted a win-win situation in our marriage. So when we do get puppies, we're going to get one of each + a giant king-size bed where Shane can cuddle his monstrosity of a dog and I can plant kissies on widdle paws and wet snouts.

But the dog watching and discussion didn't stop there. We even took pictures of other people's dogs without their knowledge because we're creepy like that. In fact, I actually followed this guy around for pretty much the entire length of the shore... 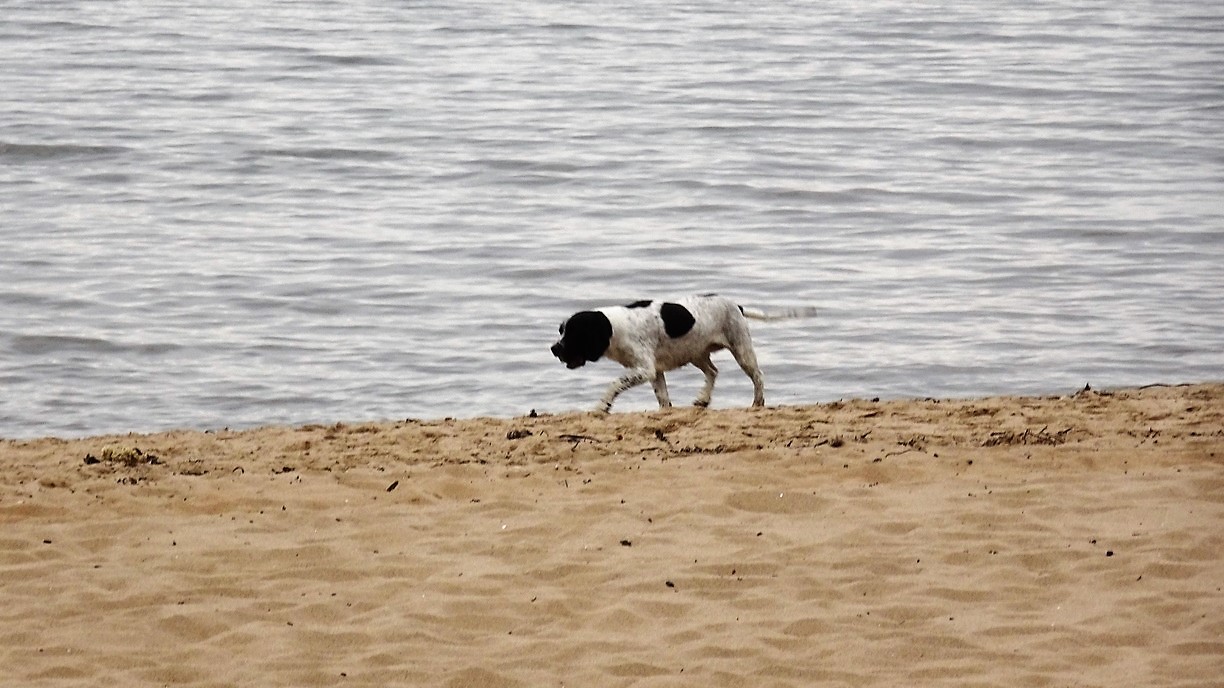 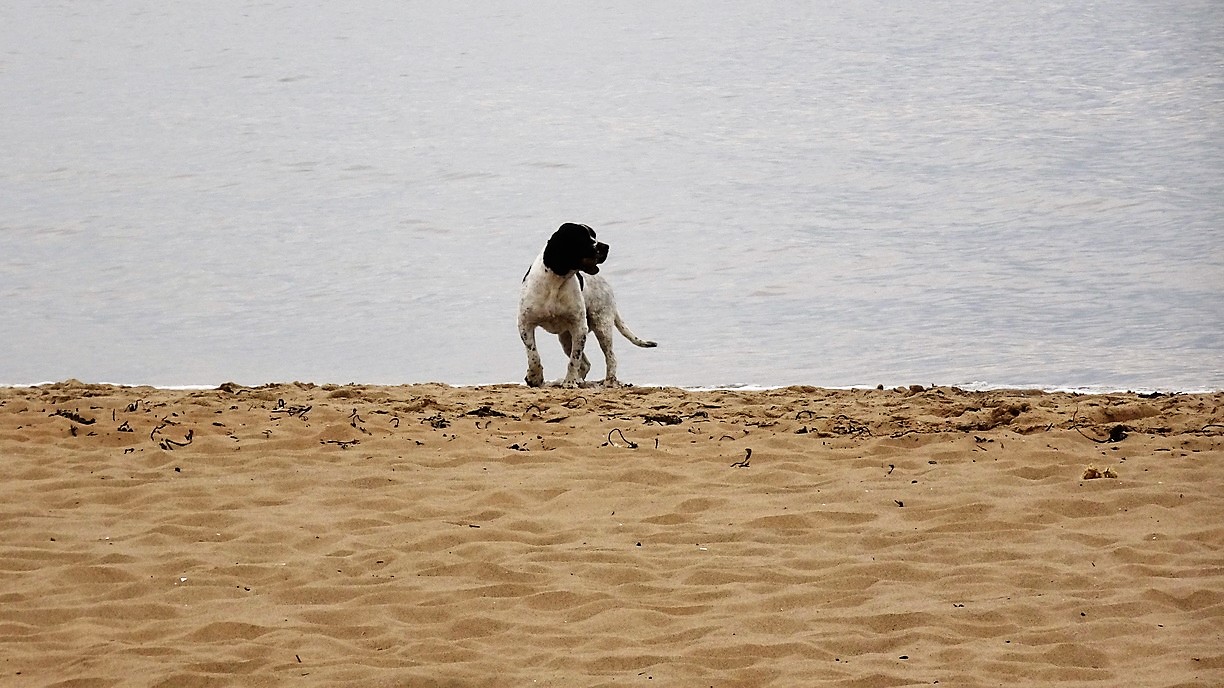 ...while Shane predicted how many people he knew personally could be taken down by the sheer strength of this guy: 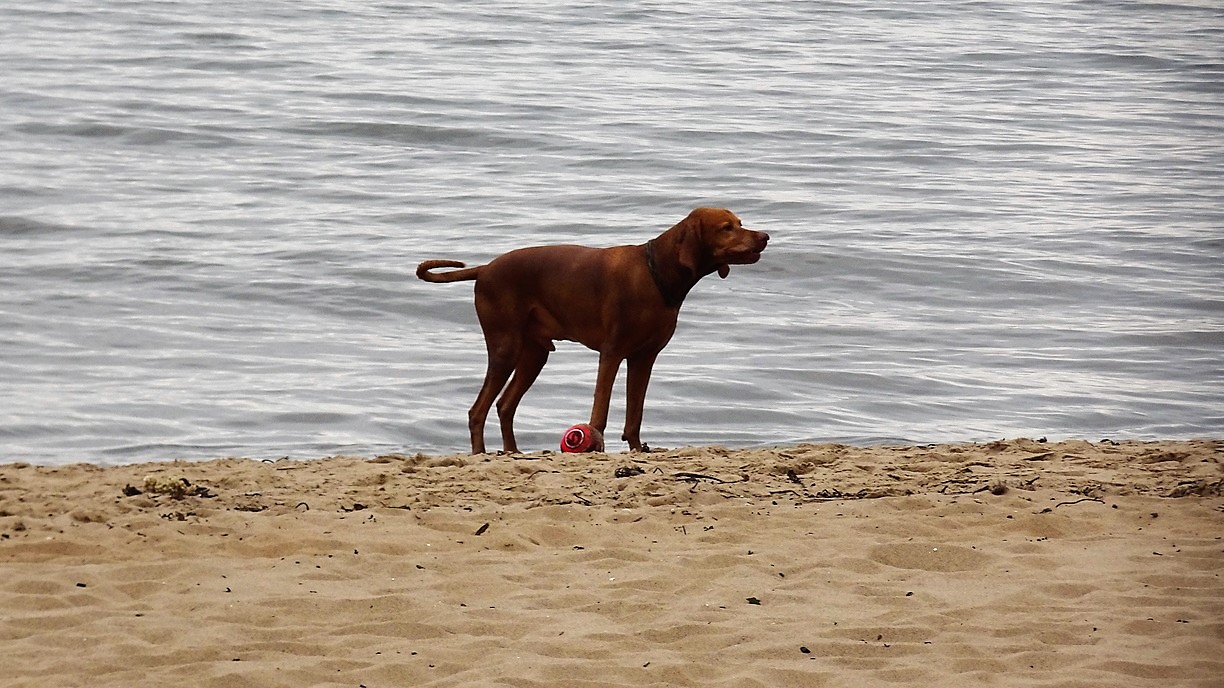 His owner would take his ball to the water and kick it with as much force as would be required to kill me in one go. Within seconds, this dog would be in water that is cold as sin, by the way, and would calmly swim up to the ball and bring it back to the shore, only to bark at his owner to please stop wasting time and kick it already. 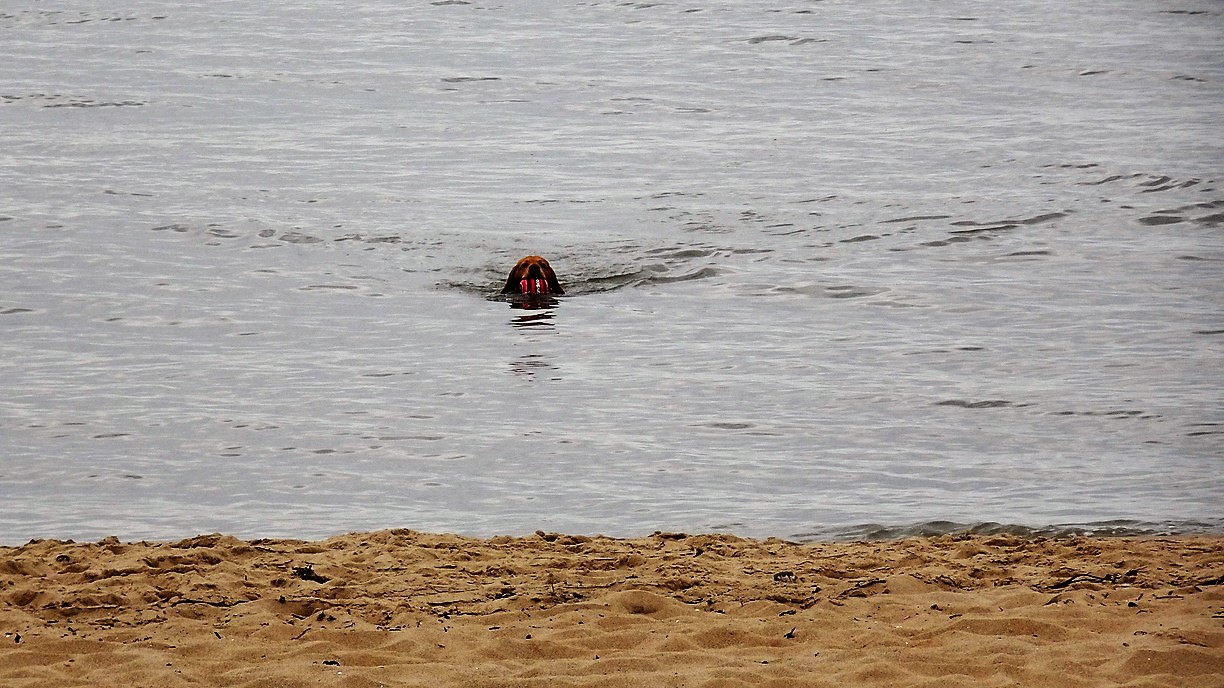 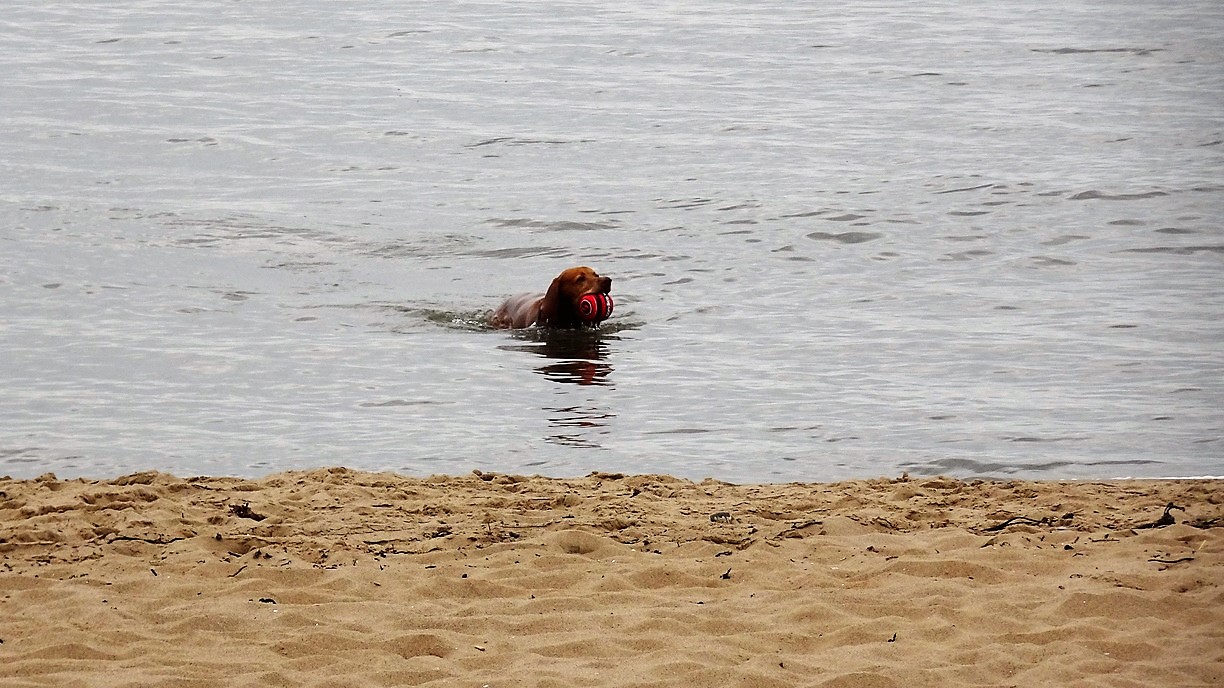 At one point, the owner's daughter started digging in the sand and the dog was like, "Back off, frail little human! Imma gonna show you how it's done".

Seeing the sheer amount of core strength it exhibited while digging that oh-so-important hole is what convinced Shane that a dog of that size is all he'd need to kill me and claim my insurance money some day. It won't even take all that core strength, trust me. All it has to do is wag its tail close to me and it can slap me in the face to knock me dead.

Hmm...it might not be about cuddling up to someone his own size after all.