Sometimes, when we get bored out of our skulls, The Husband and I do the craziest things. How crazy, you ask? I'll get to that in a minute. My story starts on Saturday the 23rd and ends in the wee small hours of the morning of Sunday the 24th. On Saturday, the two of us woke up pretty late (as usual) and decided to go to the National Museum that had captured our attention during our short visit with Punchy the week before, in our quest for a cloned sheep. We arrived at the museum post brunch by 12:30 p.m and spent 5 whole hours in there till the place practically shut down. And in those five hours, we managed to explore only 2 floors of the museum. We were as shocked as I picture you to be when you read this crucial bit of information. 5 whole hours and only 2 floors. 1 more to go.

We spent an abnormal amount of time in the kids section, engaging in all the interactive exhibits while scaring off the kids that these exhibits were initially meant for.

Here's when The Husband took over the "Shadow Stories" exhibit and thought it was funny to arrange the snake and Jaguar the way he did: 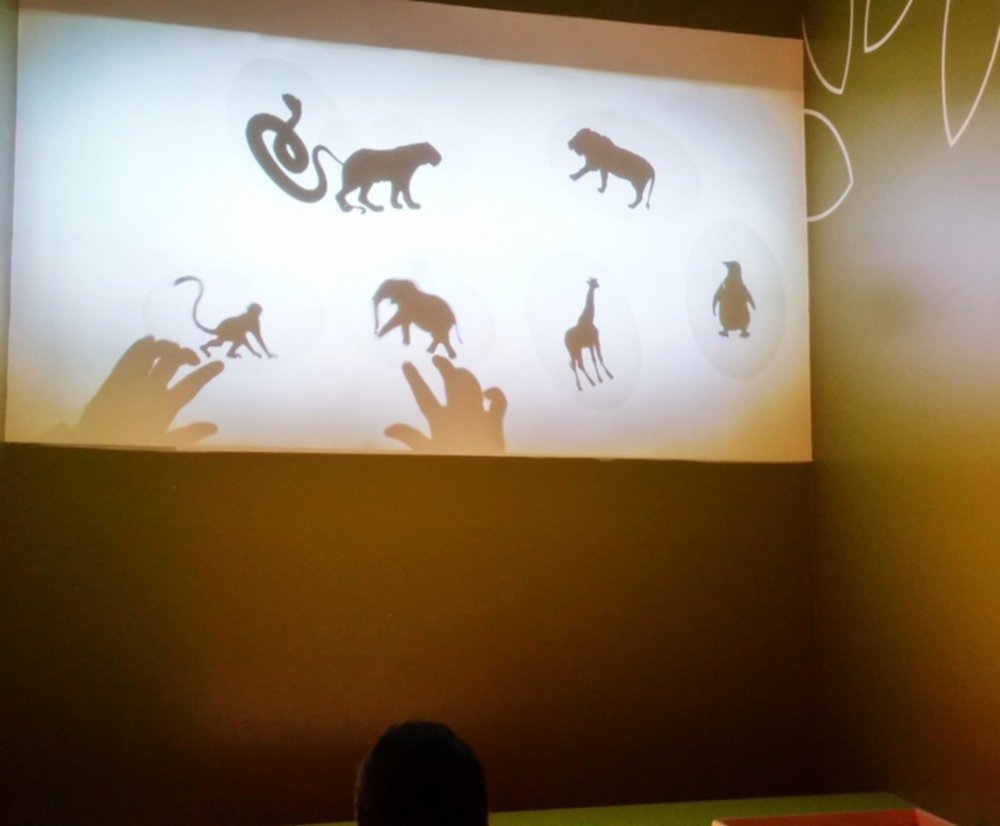 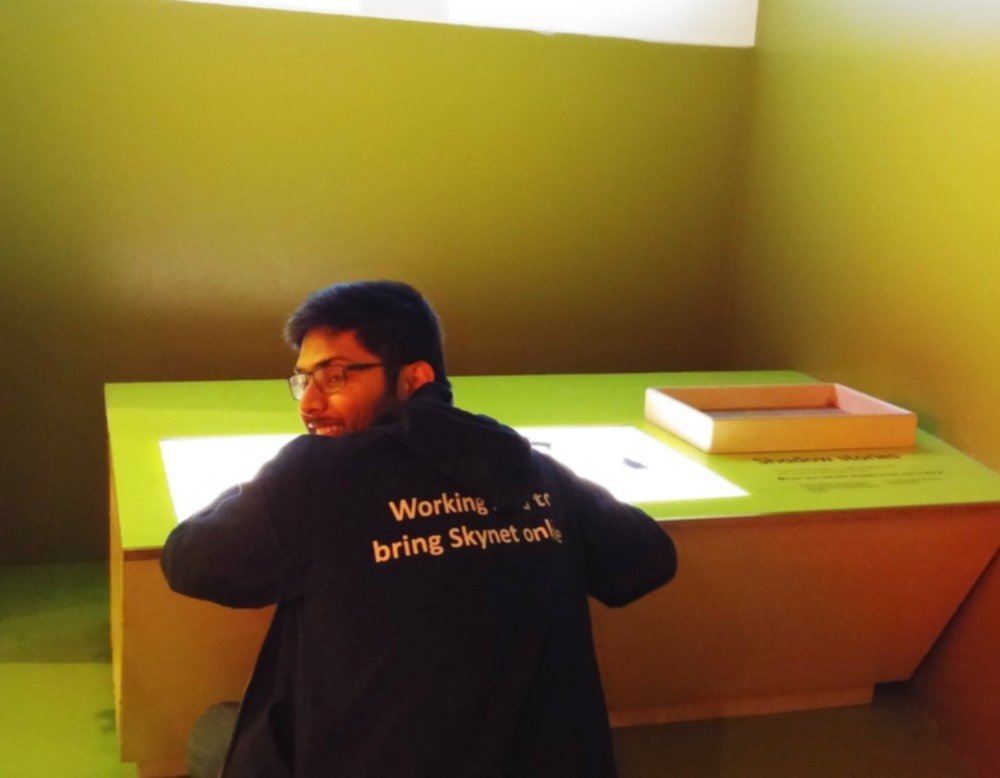 Here's something he pointed to in front of a bunch of kids while giggling like a teenager who just heard someone say "Penis": 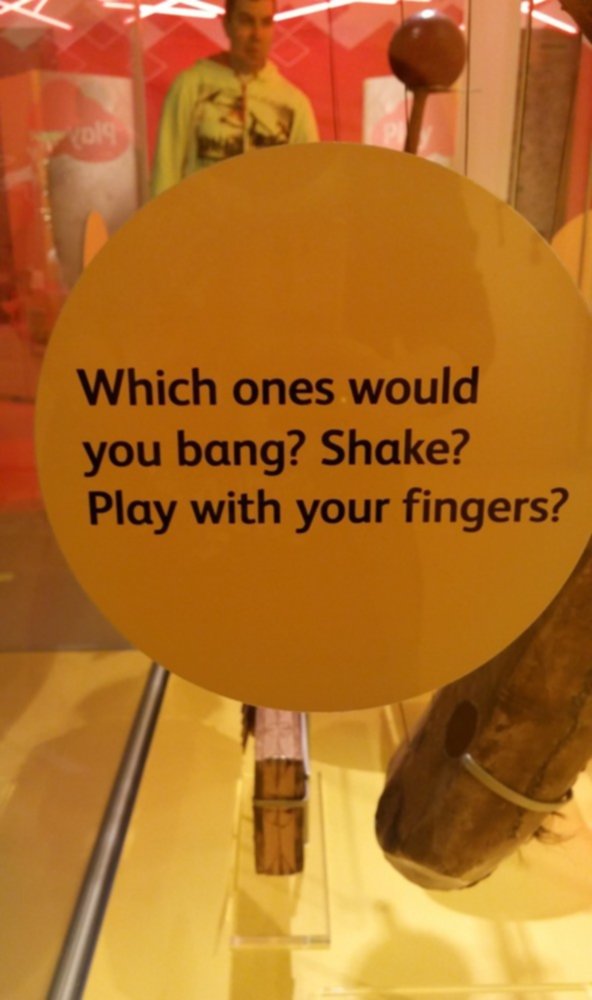 It was an exhibit on musical instruments, if you hadn't already guessed.

Here's when we realised that I weigh as much as an Emperor Penguin:

And that he weighs as much as a Komodo Dragon:

His weight in animals : Komodo Dragon 😛

But that TOGETHER, we were an Ostrich:

THANK GOD for that bit of information! Now, where was I?

We were on an adrenalin high last Saturday, and that took us all the way to The Bromance's residence from where we booked tickets to Batman vs Superman (didn't that movie come out two months ago?), after watching which The Husband had a nerdgasm because, "It was awesome. Those bad reviews are unjustified. People just need to read the comics. Plebs."

By the time we got home, it was a little after 1 a.m. The wee hours of the morning, remember? That's when all the fun began. Oh, yes. I'm JUST getting started.

We realised that the adrenalin high wouldn't wear off so easily and that try as we may, we couldn't fall asleep. All I truthfully wanted to do at that point was write. I could write about everything we did at the museum but how interesting could that possibly be? So I kept badgering The Husband for inspiration. "Tell me a story!", I said.

"Ask people for stories.", said he.

"I'm not going on Facebook right now, talking to people and begging them for stories."

"Because that's not practical."

"Don't do it on Facebook then. Talk to complete strangers. I'm going to set it up for you."

THAT, my friends, is what landed me in one of the most infamous public chat-rooms on the internet. All because I wanted someone to tell me a story. My agenda was simple: "Do you have a story to tell? Do you want to rant about something that happened in your life? I'm all ears. No judgement whatsoever."

Basically, "I'm bored. Entertain me." with an ulterior motive of wanting to write about it.

"Also, I should warn you about the dicks.", said The Husband before handing over my laptop. And I honestly thought he was talking about people who would be assholes to me. Oh, was I in for a surprise. You won't believe me if I told you the number of times I had conversations like these:

Me: Female. And you?

Me: I'm looking for stories. Why don't you tell me a story from your life, something that moved you or made you happy?

Me: Looks like neither of us get what we want tonight. Okay then, goodbye.

And believe it or not, I found that one hidden gem that I had been looking for in a giant dune of desert sand. I was elated, not only because the 21 year old male from Canada I was speaking to was a gentleman, but also because he had a sense of humour. I never got his name, although he liked to be addressed as "Sir", so I called him Sir Numbnuts. And Sir Numbnuts was the National Purveyor of Bagels in Canada. What's not to like?

Slowly, a story started taking shape. But more than a story, a person with a very distinct personality began forming right before my eyes. In the end, I even thanked him for not being a perv. From my conversation with him, not only did I get myself a story, but I also had my faith in humanity restored. I realised that there's good everywhere, although it might seem a little difficult to find at first. You just have to look for it...hard. So dear stranger, THANK YOU, for putting a smile on my face! I would love to write your story some day.

Speaking of which, if you've visited this website before, you will see that I have a section called 'Stories'. I write real life stories in there. If you feel that you have a story to tell, send it to me at 22nelsonstreet(dot)edinburgh(at)gmail(dot)com with the subject line "Story".

It could be anything. Something that happened to you, or to someone you know. Something that made you happy, or broke you down in tears. You can give me as much or as little detail as you please. All I'm interested in is your story, a real story of a real person, and I shall write it for you.

Have a good day!