Our last day in Southampton. I really didn't want to leave this city. But I most definitely longed for home. The fact that my man-baby was sick made me want to get back home as soon as possible. To do what exactly, I had no clue. But God, I wasn't ready to say goodbye to this city. 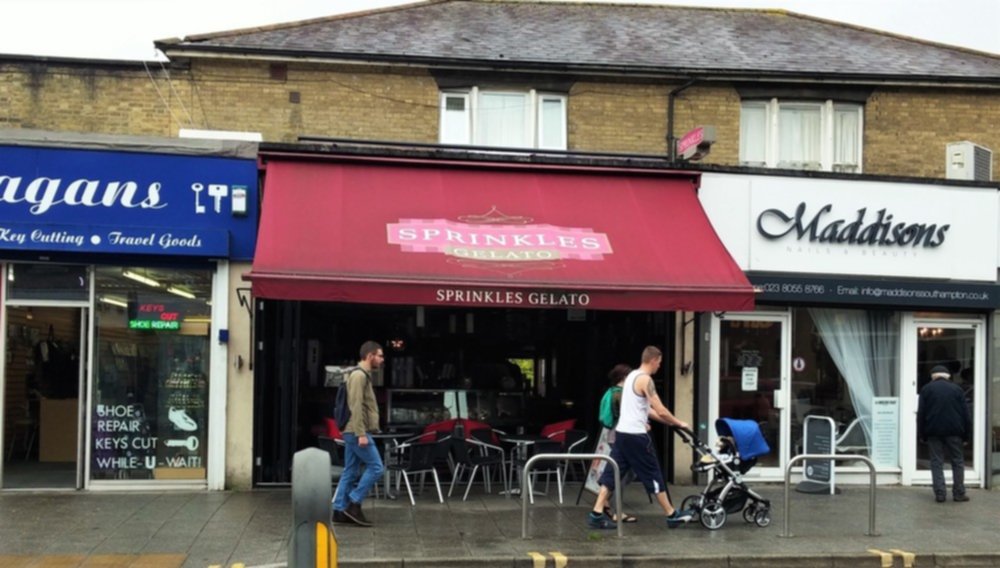 It's one of the most famous breakfast cafes in Southampton. On our first morning in the city, we had breakfast from a very similar looking place called Scoops. When I later spotted Sprinkles just across the street from Scoops, I couldn't help but wonder if both these businesses were related somehow. Starting from the interiors to the kind of food they served, everything was almost exactly the same. So of course, I got curious and did my research. Sometimes I feel like I should just let these little things go. But the little things are too hard to let go of *nods*.

Apparently both cafes are run by rival families but Sprinkles was established before Scoops. Scoops however, offers the same things that Sprinkles does, but for a cheaper price. You'd think that that worked out well for them but as it turns out, little school children consider Scoops to be the newer, cheaper, and hence less tastier version of Sprinkles. So everyone loves Sprinkles more and I have reached the end of my story. God, what would you guys have DONE without this bit of juicy trivia in your lives? Also, are you wondering how I got my hands on that piece of information about what little school kids thought of both the places? Buhahaha I do thorough research, everyone! And I sometimes experiment on kids.

Moving on, when The Husband's order arrived, he got me to take this picture because he believed that this beauty should be recorded somewhere (translation in my brain: post it on your blog) before he went ahead and devoured it. Meanwhile, I truly believed with all my heart that the 'SG' on his waffles were his initials, either because "this place is that awesome, and I already love it more than Scoops" or because "I shit you not, that waitress totally has a crush on you". 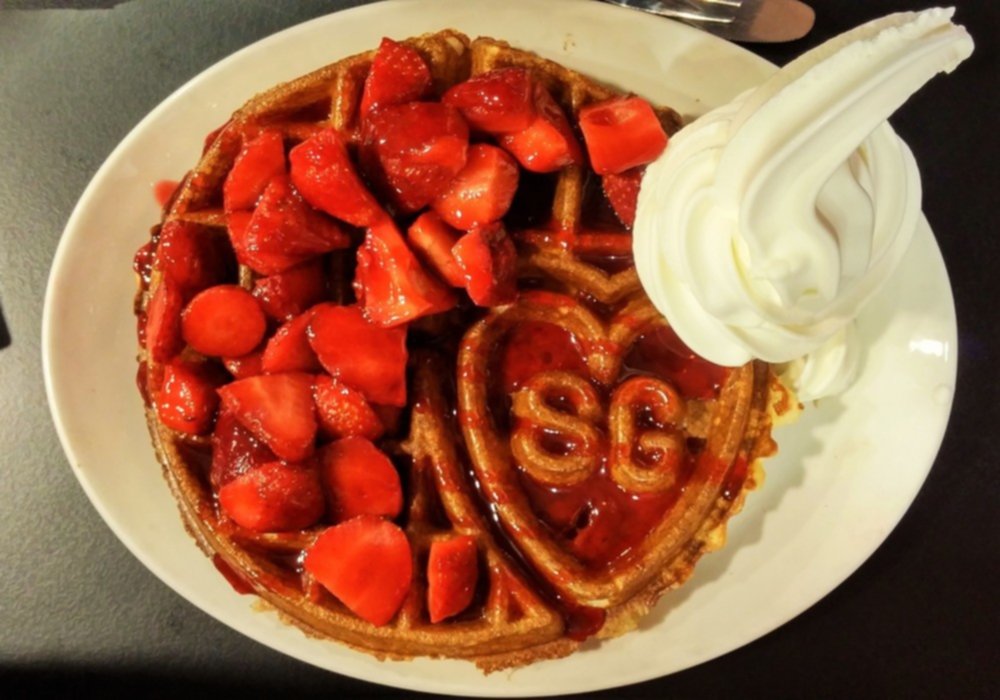 But I just couldn't figure out how she knew his name! He later burst my happy bubble by explaining that the name of the cafe is Sprinkles Gelato and that they have their initials all over the place while making me realise that most of the time, I'm the biggest idiot I ever met in real life. Also, Sprinkles is hands down better than Scoops.

It was raining that morning so I just want to share a picture of my hair with you guys. 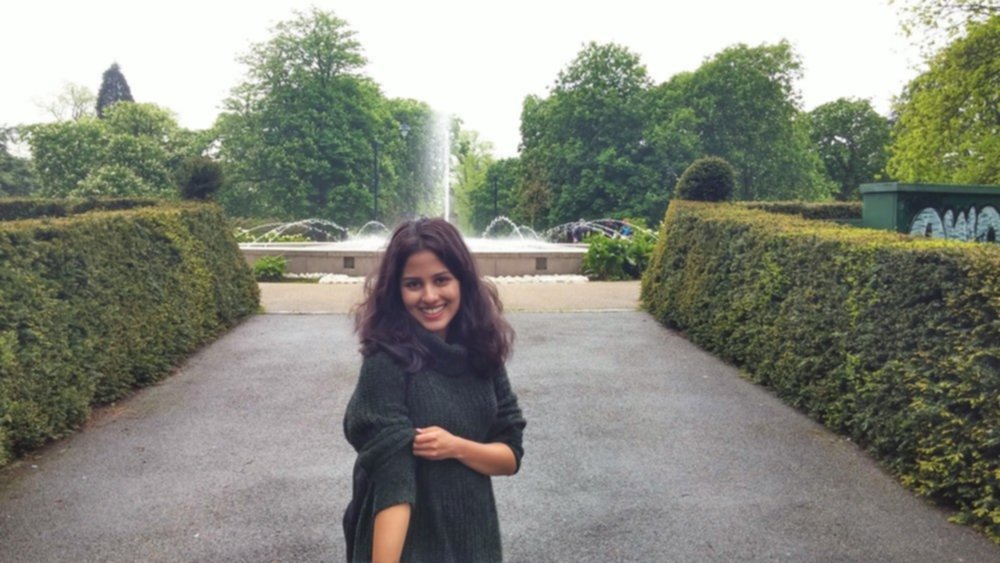 Because on rainy, humid days, my hair decides that it has a mind of it's own and demands that I set up a blog for it. To be fair, even I agree that my hair on humid days needs a blog of it's own in order to vent about the frustrations of struggling to stand up for itself. For the time being, it settled for a separate seat on the flight back home, in between the two of us.

This was also the day on which we visited the Southampton City Art Gallery, something I've been wanting to do from Day 1. 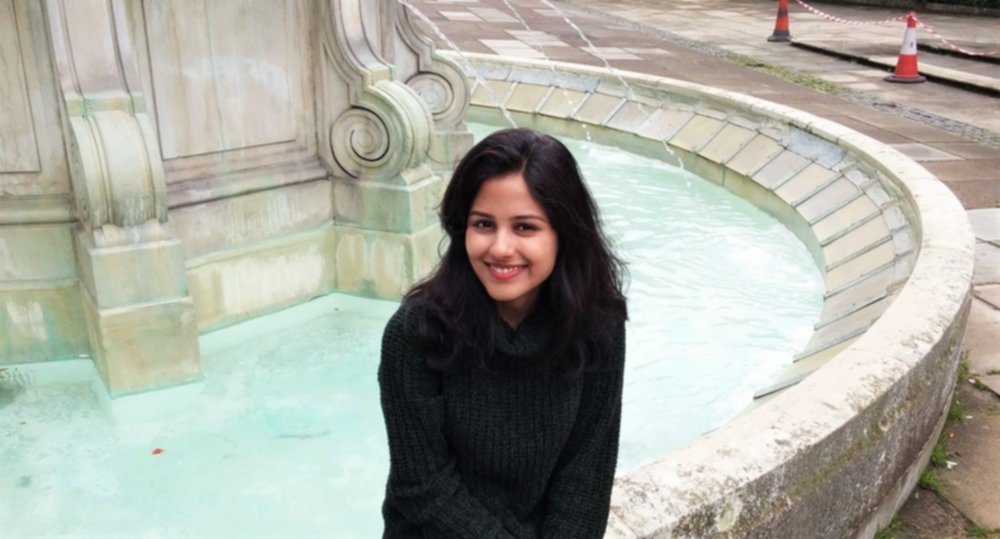 Unfortunately, I was going through a little episode of psychological melodrama, what with the fear of falling sick combined with hair that was trying to stand up for it's rights. But it had more to do with my brain telling my body that it was going to fall sick pretty soon, and my body trying to completely ignore it the way The Husband sometimes pretends to not have anything to do with the woman he married. For instance, when she thinks that the waitress at a cafe has a crush on him because his waffles have the cafe's initials (which also happen to be his initials) on them. I'm going to hear all about it for the next 5 years of my life.

But my point is, because I thought I wasn't feeling too well, we had to do a quick tour of the gallery and get out for some much needed sunshine and fresh air. We strolled through Watt's Park nearby and decided to have lunch at Mango, an amazing Thai Tapas Bar Chain in the city. 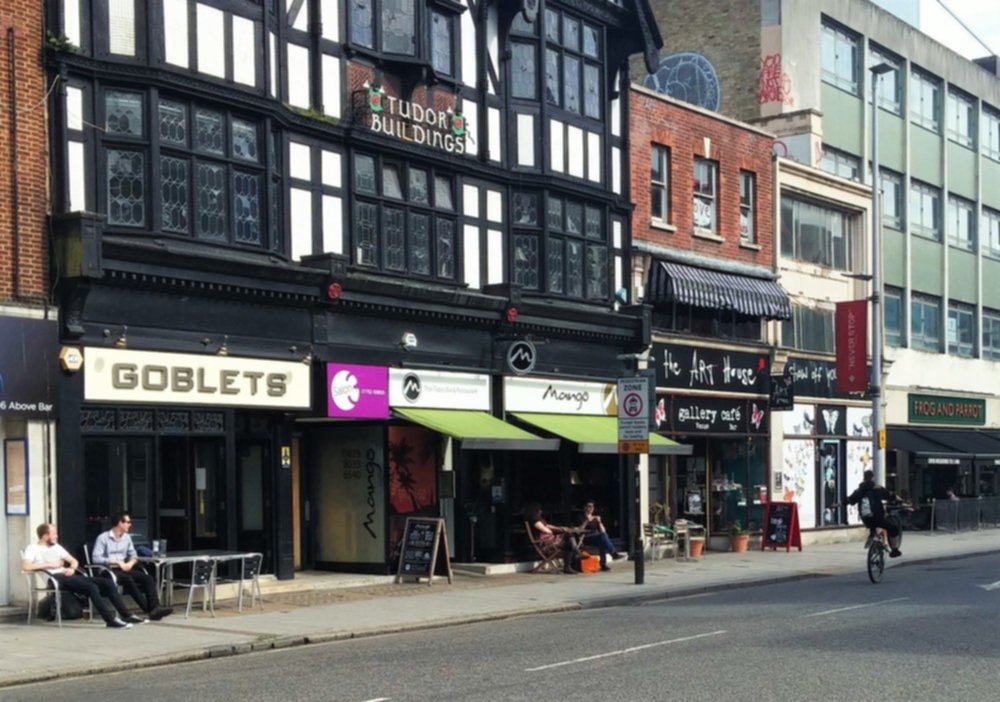 I wish I took a better picture of it but I'm not a photographer, just a wacky little halfling trying to document her life online. We specifically asked them if they had other branches in Edinburgh but unfortunately, you'll find them only in Southampton. So if you ever plan to visit the city, don't forget to check this place out.

This picture is a favourite of mine and it was taken there:

It showcases a very-sick-but-cute-boy, a nearly-sick-girl-in-denial, and Her-Hair-secured-in-a-bun having their last meal on their last day in a city that is very close to their hearts.

Soon, it was time for us to leave. We were exhausted by the end of the day but I wasn't ready to bid adieu to this place. 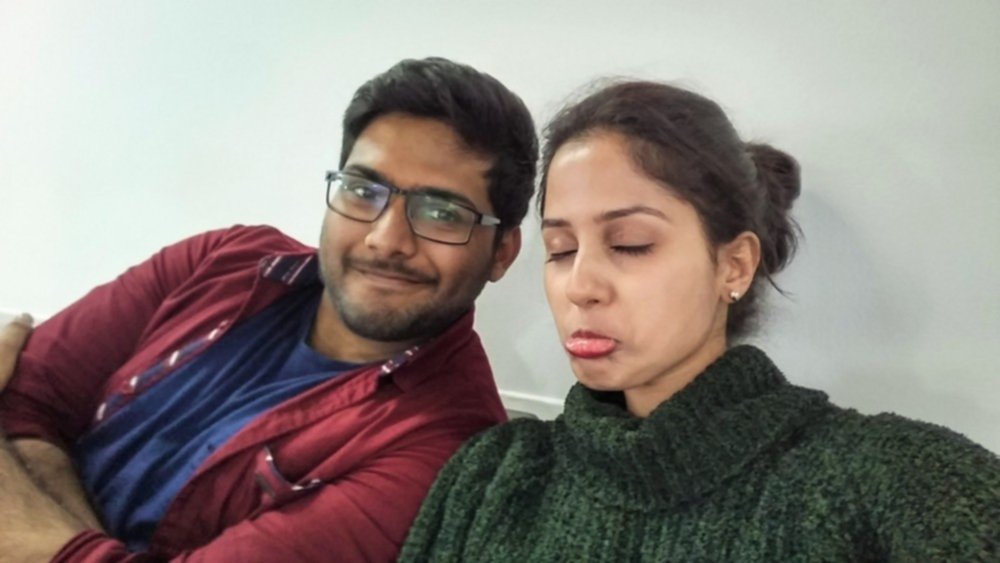 Especially in comparison to Day 1, spirits were pretty low. 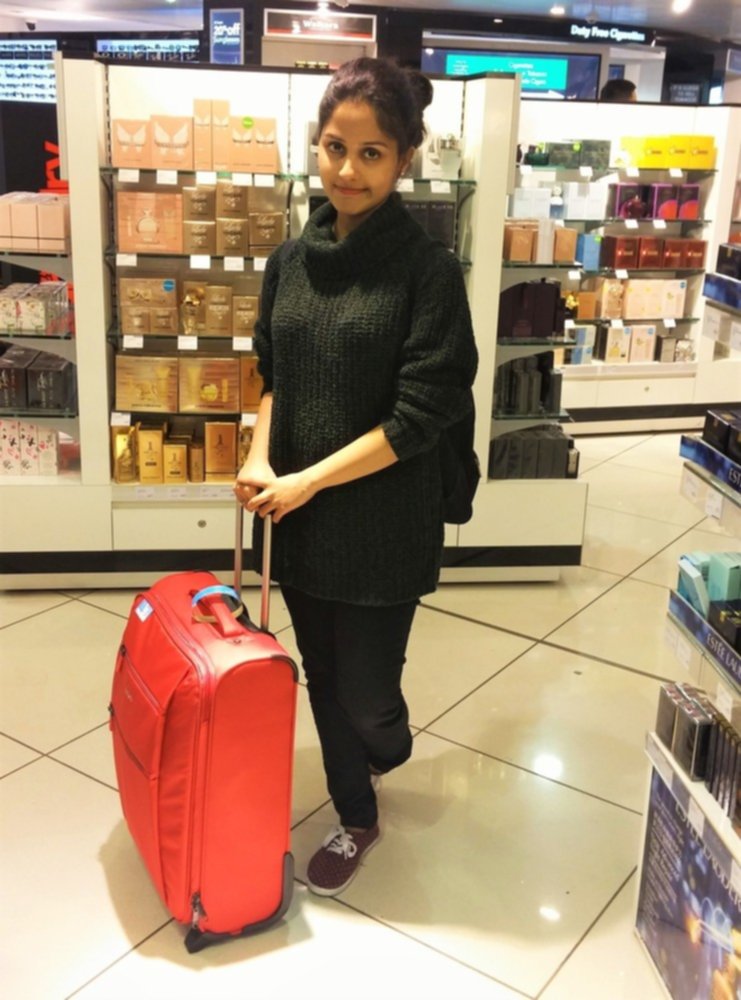 But we were going back to home sweet home. 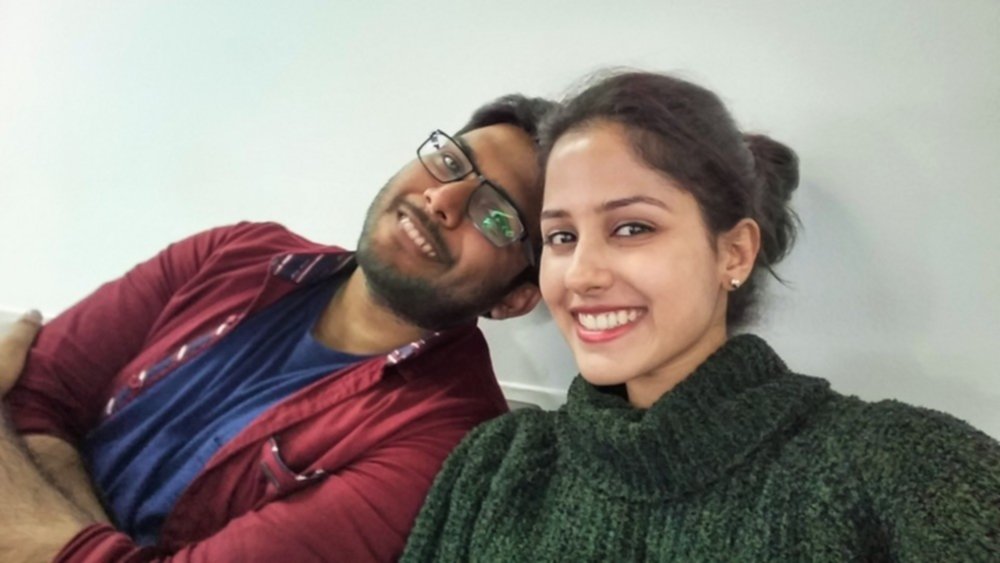 And it's true what they say. There's no place like home :)