On Wednesday, the 4th of May, we woke up at 3 a.m to catch our morning flight to Southampton:

We were functioning on three hours of sleep but that never stopped us from being over-enthusiastic idiots of course: 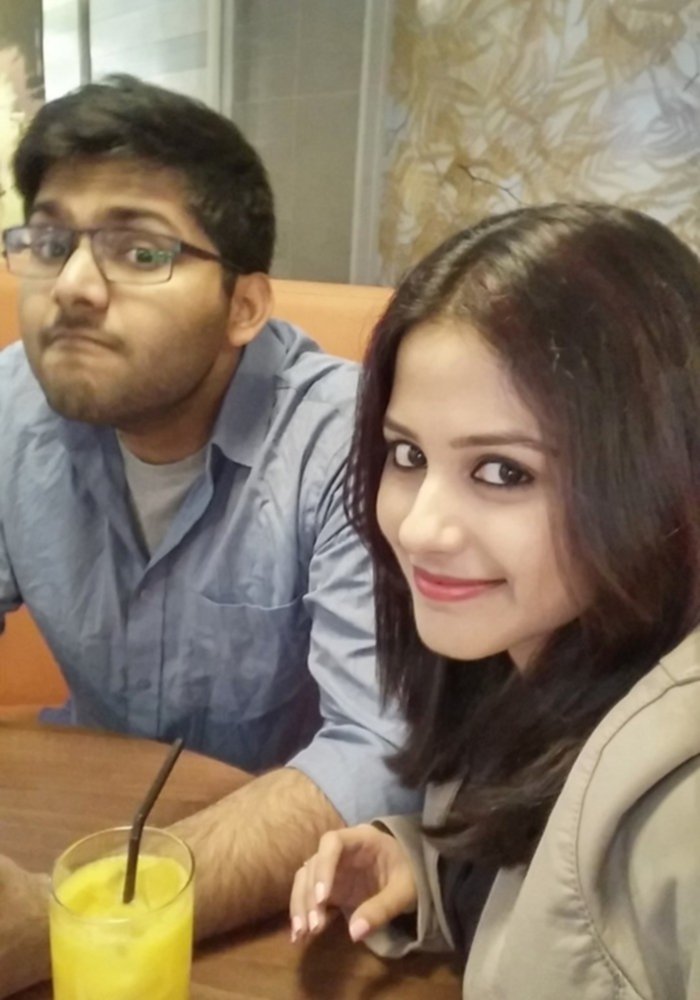 Our first stop was at the SeaCity Museum where we interactively learned more about the Titanic tragedy. 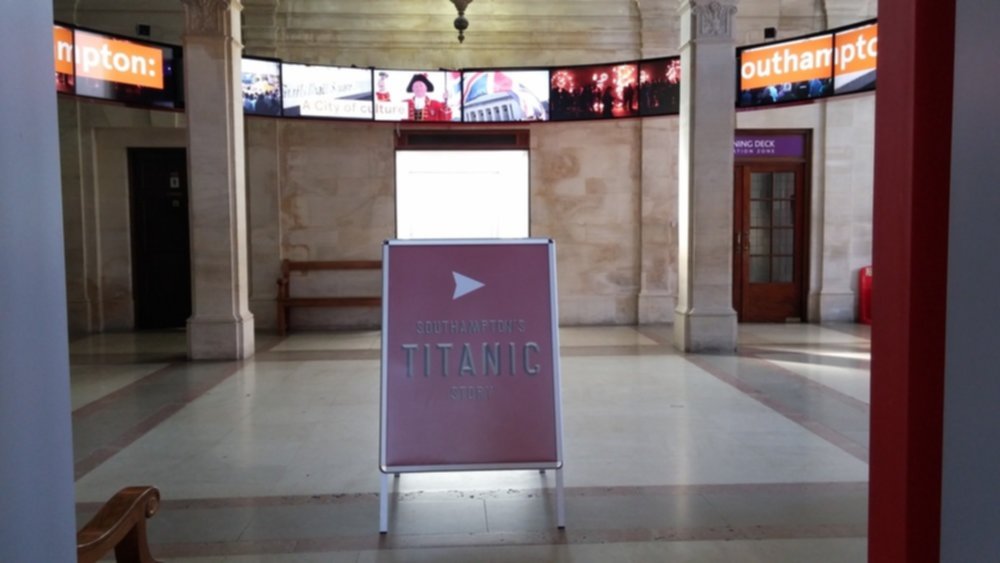 What were we thinking when we wore these hats? 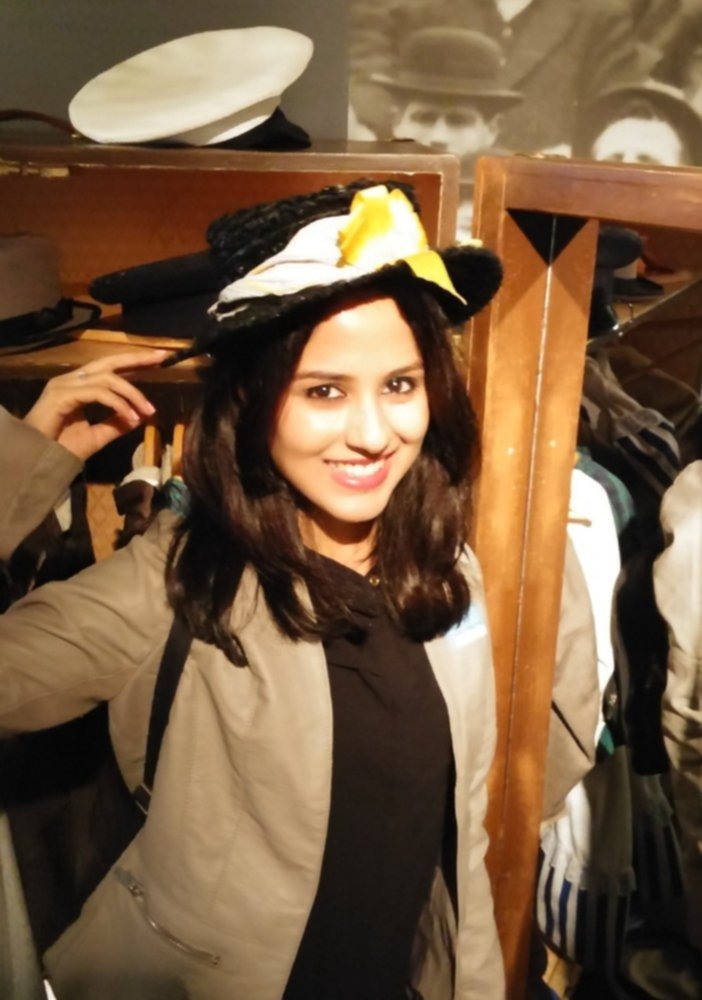 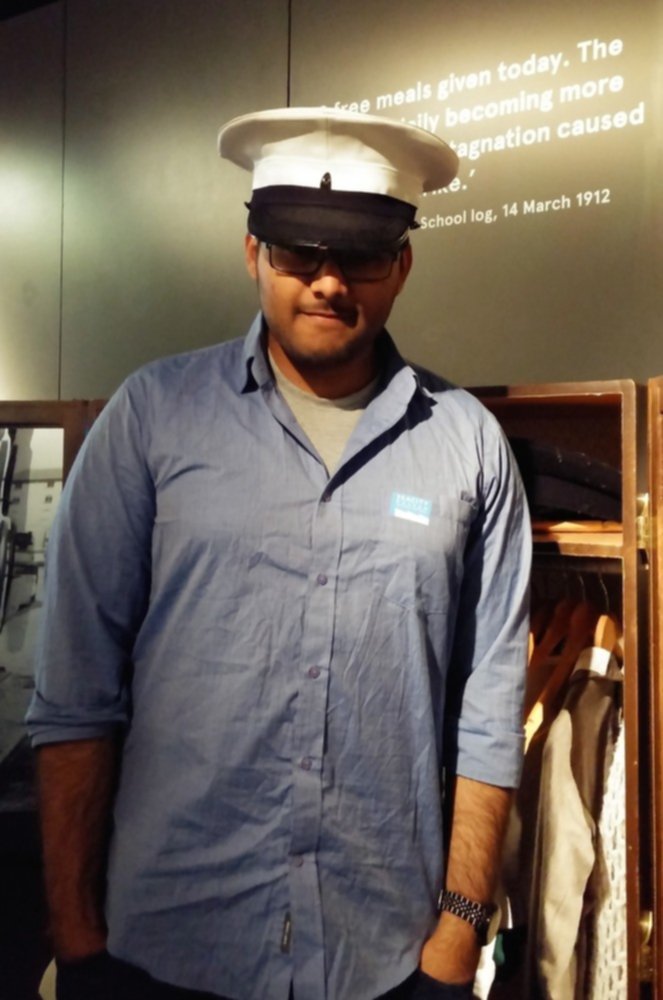 This is Titanic's First Class breakfast menu as on 11 April 1912: 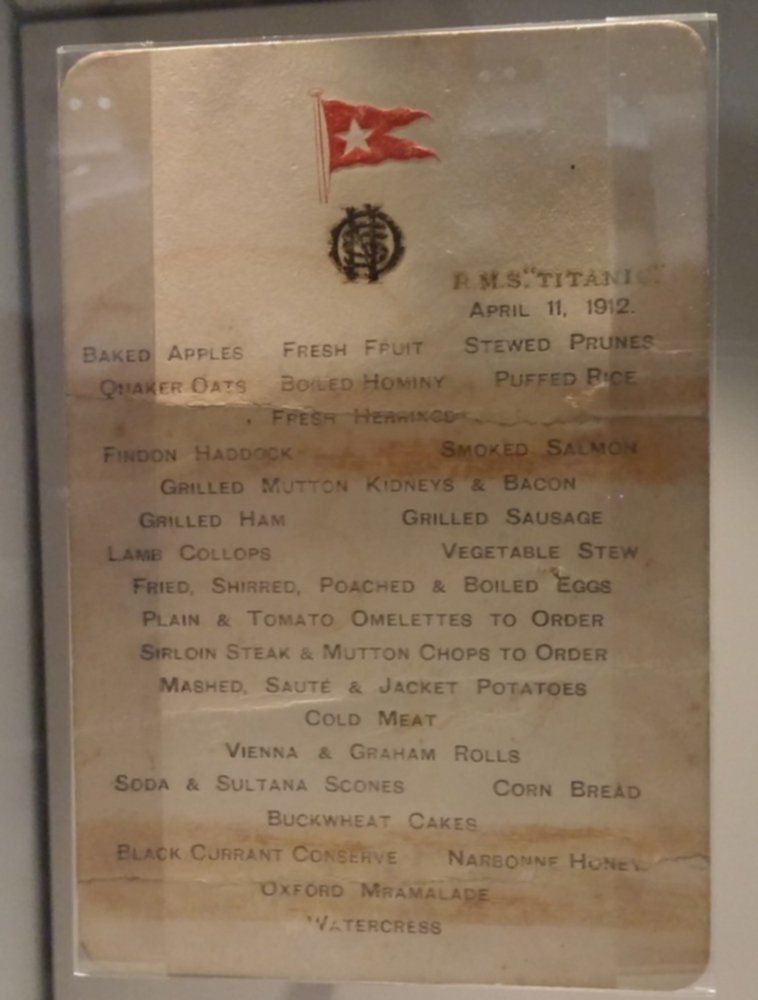 And to think that she sank just three days later.

This is a second class ticket: 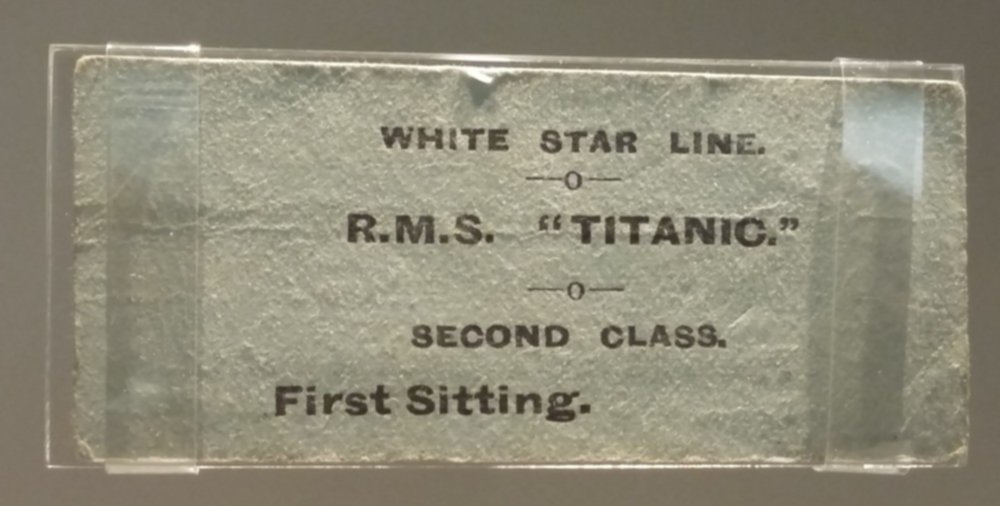 This is a picture The Husband forced me to click after he started giggling like a five year old. I'm sure you'll see why: 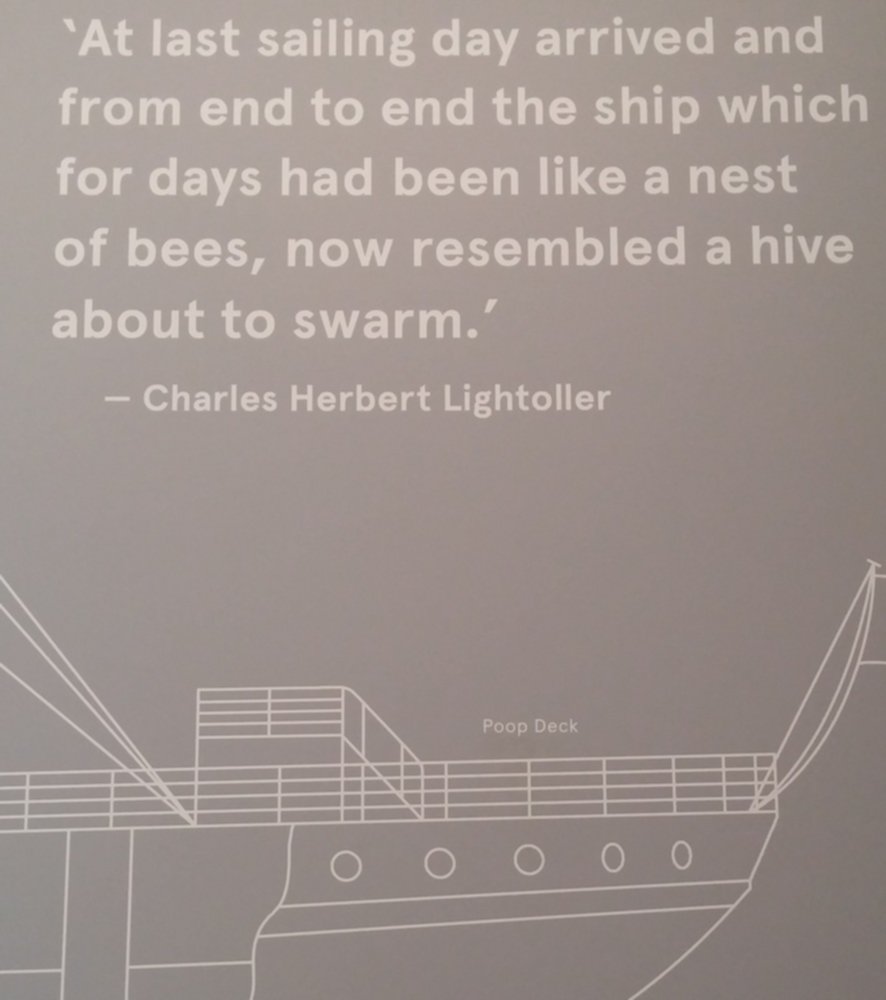 This was taken soon after he pushed me off the wheel because "It's not about who saw it first. It's about who's stronger.": 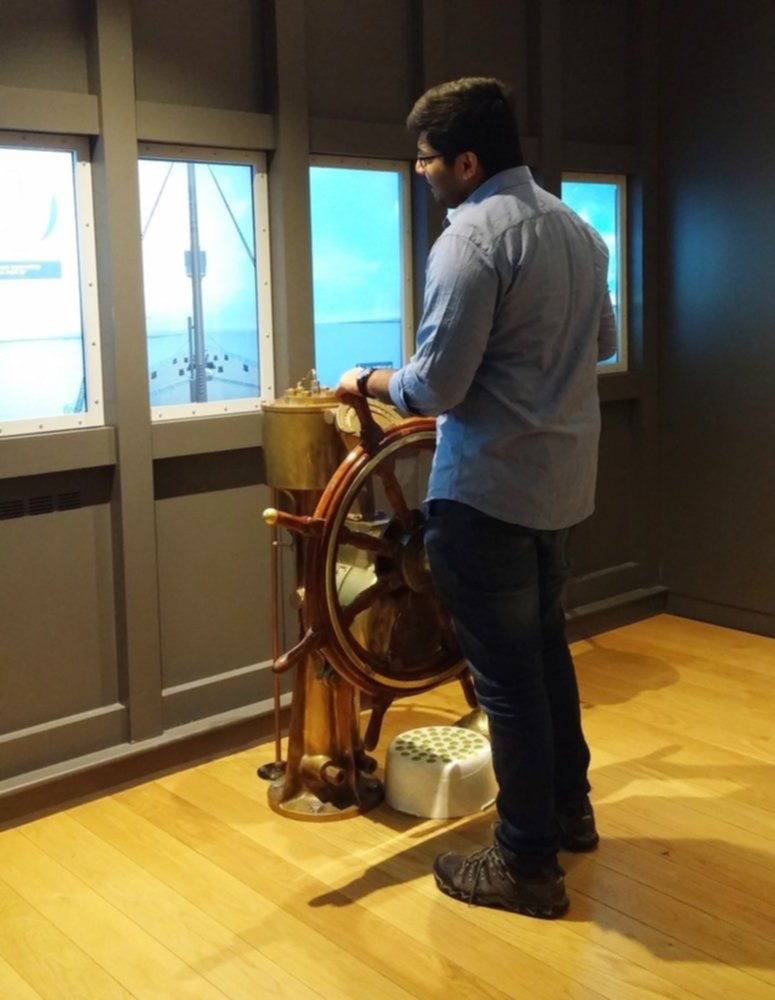 And boys will be boys. 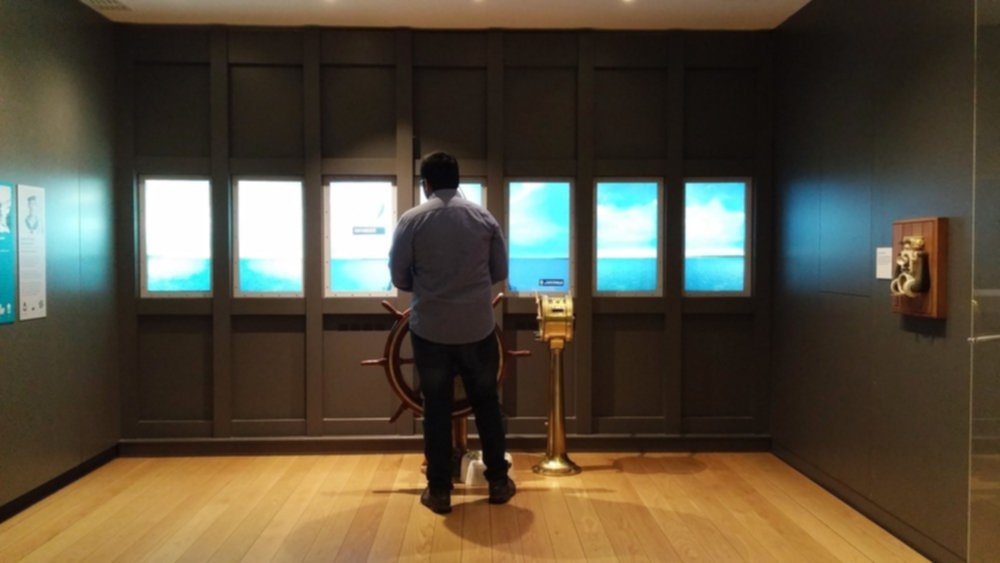 This is him getting excited about learning the Morse code (click for sound):

We spent more time there than we should have because someone was adamant about getting it right.

This is a map of Southampton that covers the floor of an entire room: 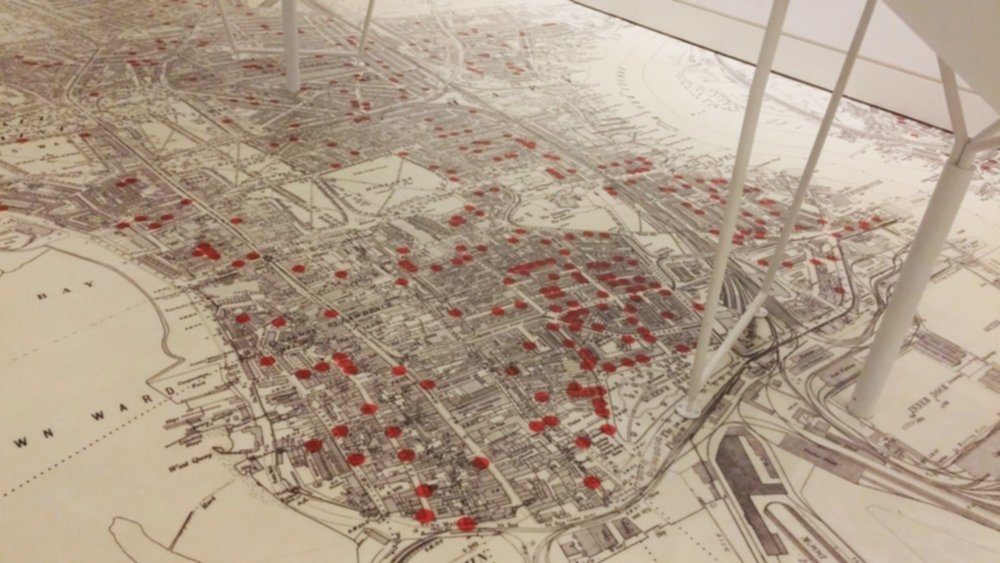 All of the red dots indicate the houses of the crew on-board, people who went down with the ship. "More than three quarters of the crew - 715 men and women - joined the ship from a Southampton address. Only 175 returned."

The orange profiles below show the people from Southampton who worked (and died) on the Titanic: 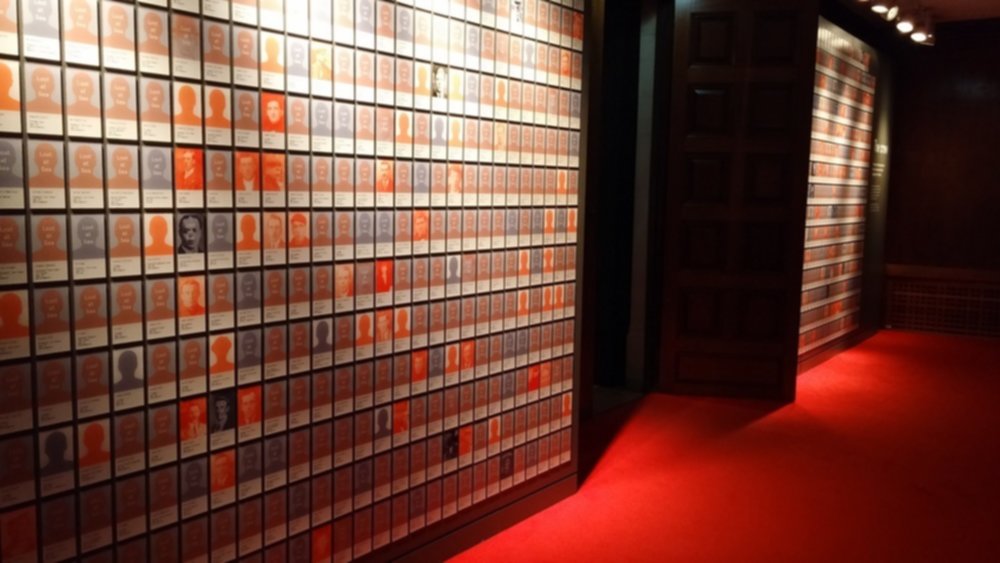 I feel this was the most touching part of the experience. Apparently, the families didn't really know what was actually going on for about a week. There were a series of rumours being circulated. The first one being that the ship had sunk but no one believed it for obvious reasons. Then, they heard that the ship did indeed sink but everyone on-board was safe as they'd been rescued by another ship. It was much later that the truth came out and you can listen to truly heart-breaking stories in another exhibit.

But moving on to more cheerful things, this what my man-baby insisted on buying this time: 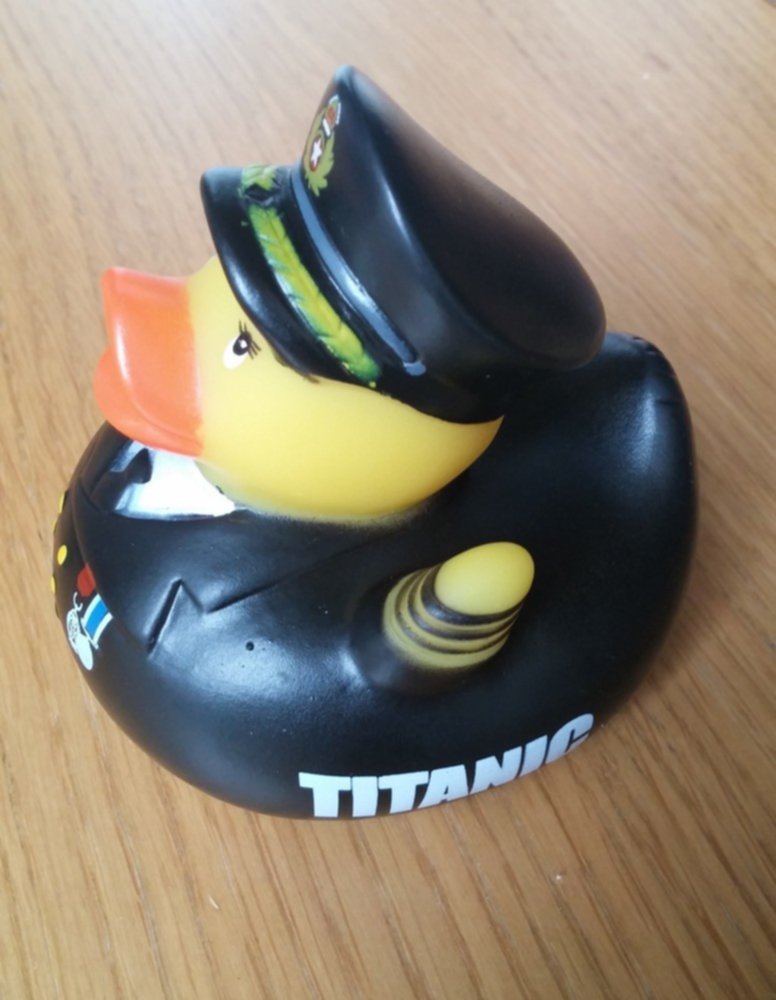 Then, somewhere along the way, this happened: 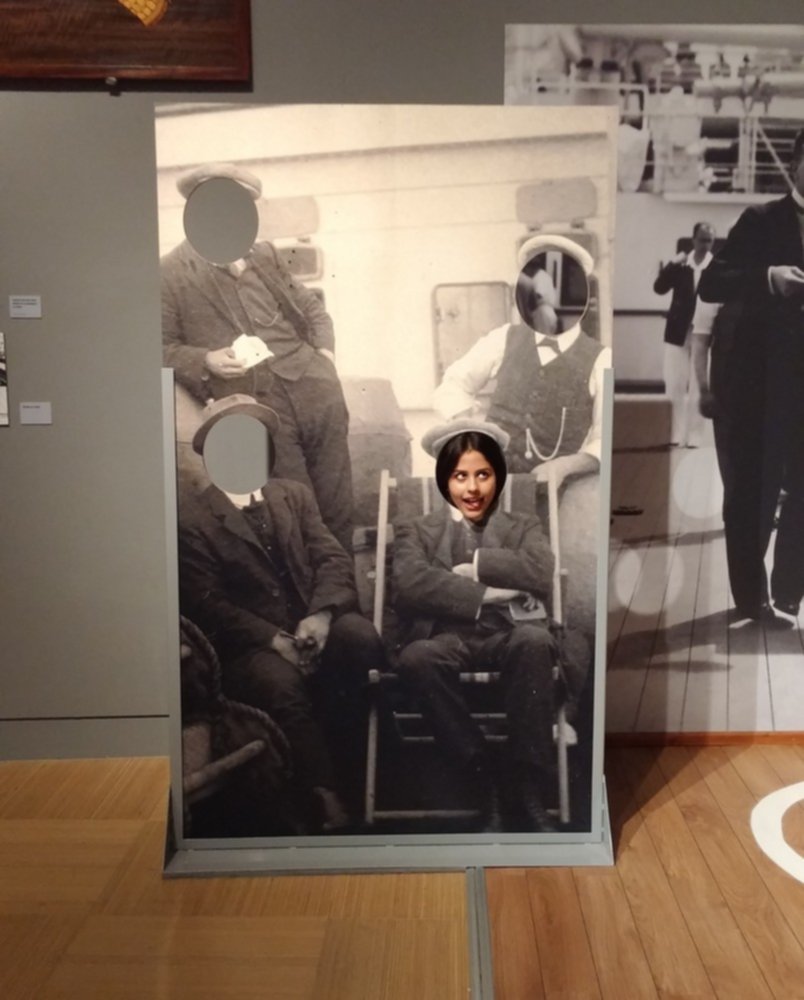 Then, I realised that I was too small and my tiny arms couldn't reach the wheel thingy. So my considerate husband thought it'd be even more hilarious if he made me wear that hat. He was right:

We also got the opportunity to type in the story of our visit. So if you ever visit the SeaCity Museum, be sure to check it out! It's tagged under India/Ankita Narayan :) 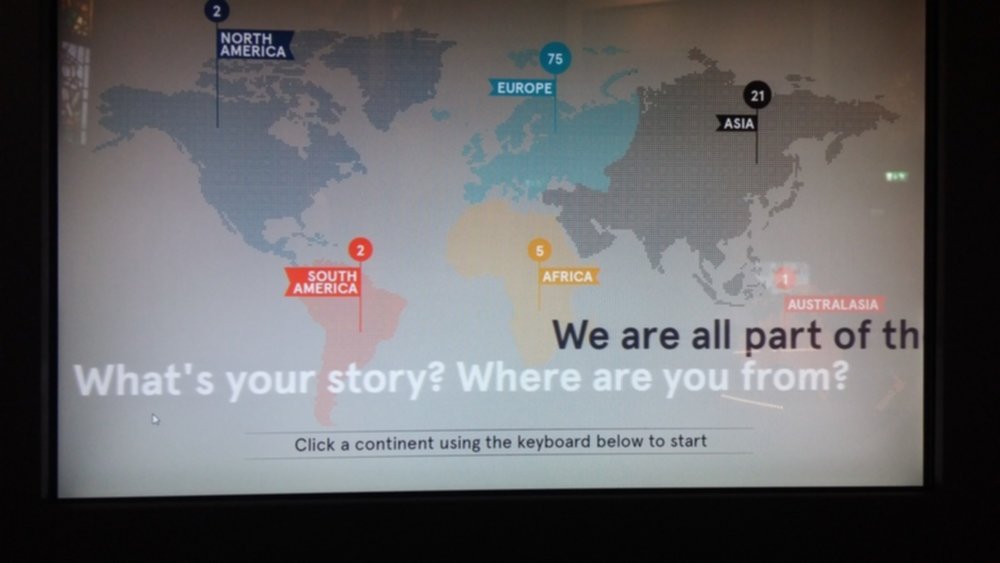 Oh, and how could we leave without making paper hats? 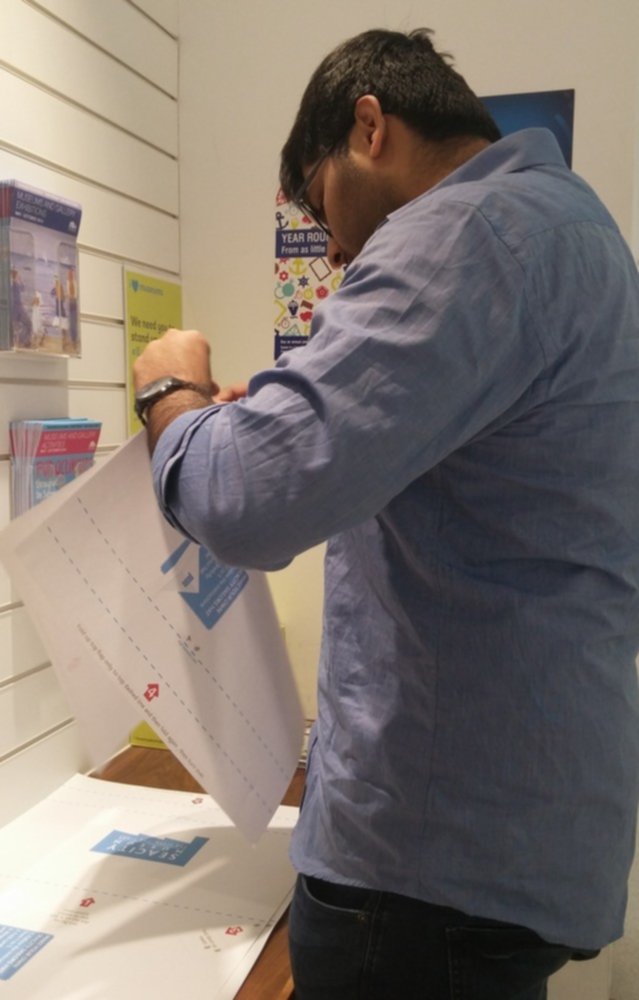 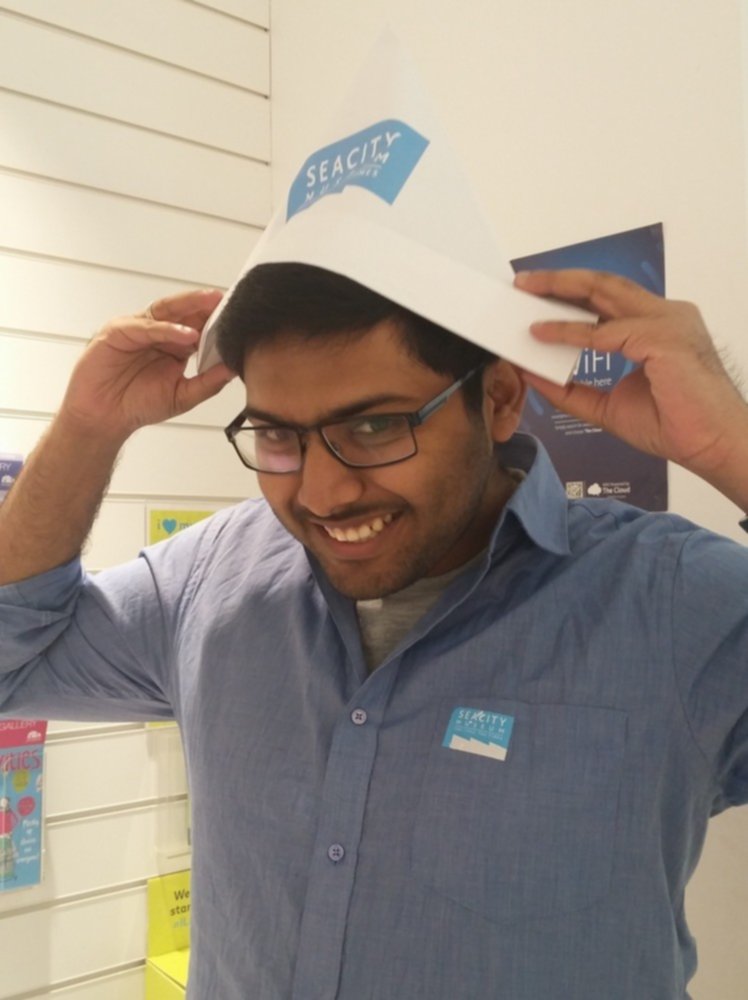 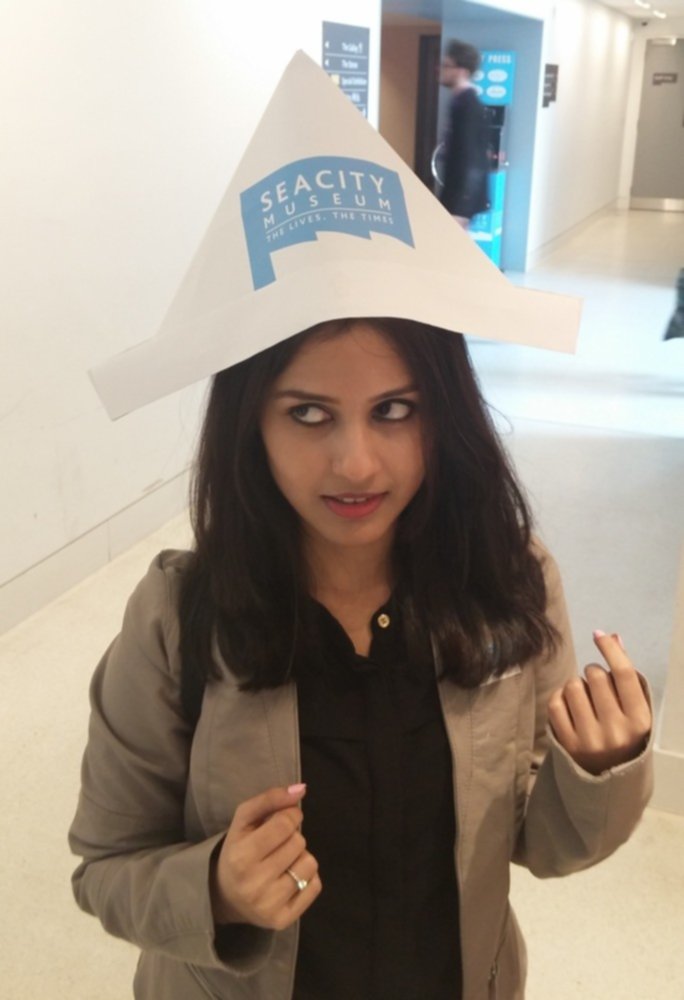 After the Titanic tour, we did a small tour of The Husband's University.

This is called Lover's Lane (or street? No, lane. Or was it park?): 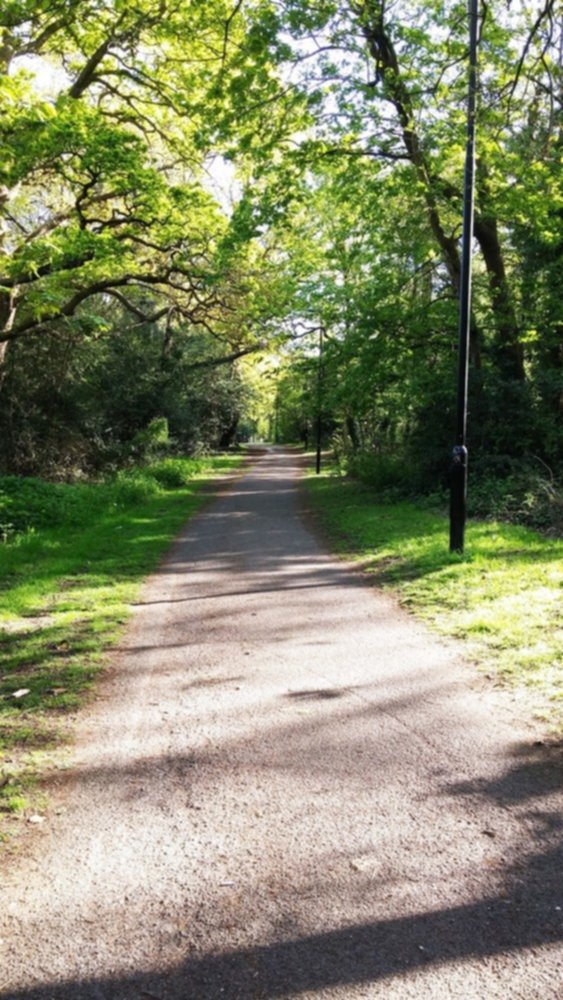 Anyway, this is right in the middle of the University and it's the path he used to take to walk back to his accommodation after "studying" at his friends' place: 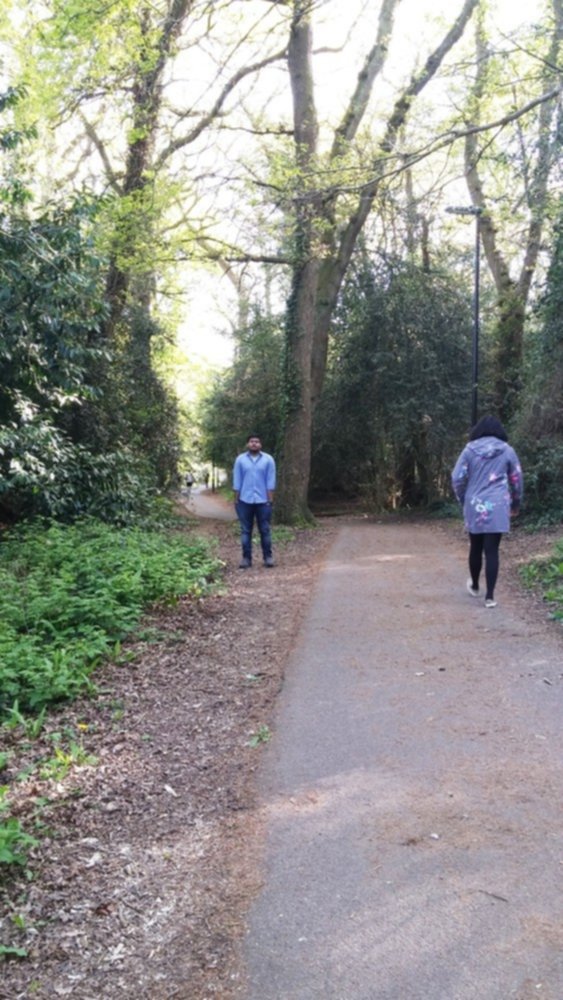 See the spot where he's standing in the picture above?
That's where he almost got mugged by a gang of teenagers when he was returning to his place way after midnight because he'd been up studying at his friend's house for an exam. He was walking down the path with his eyes to the ground and with his hood covering his head when one of the kids tried to stop him. All he did was lift his hood and stare into the soul of this kid. What the poor kid saw were the red eyes of a sleep deprived, heavily bearded brown man. He was only 20 at the time but the beard did the talking. Those kids slowly backed off.

And off he went with all the swag, swag, swagger in the world: 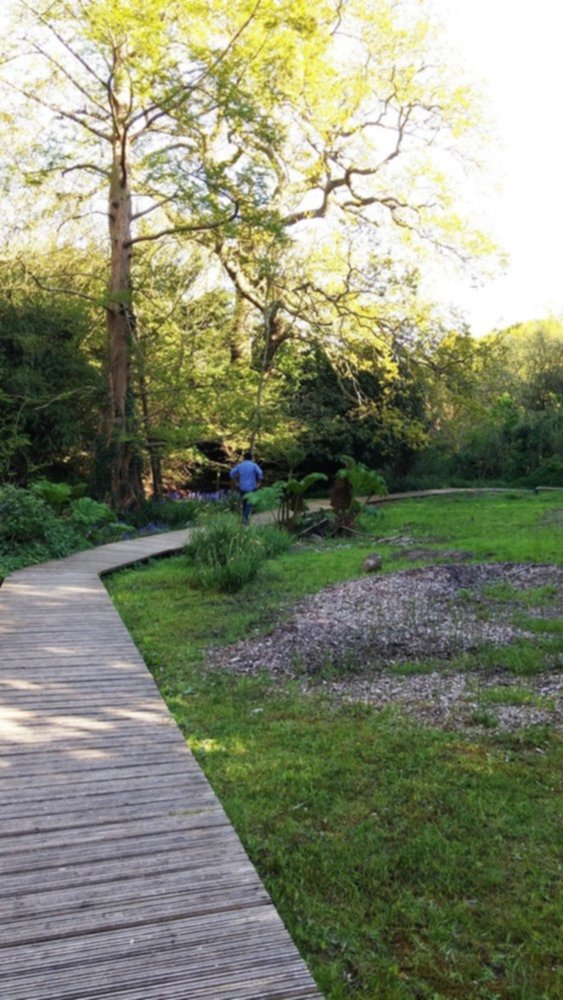 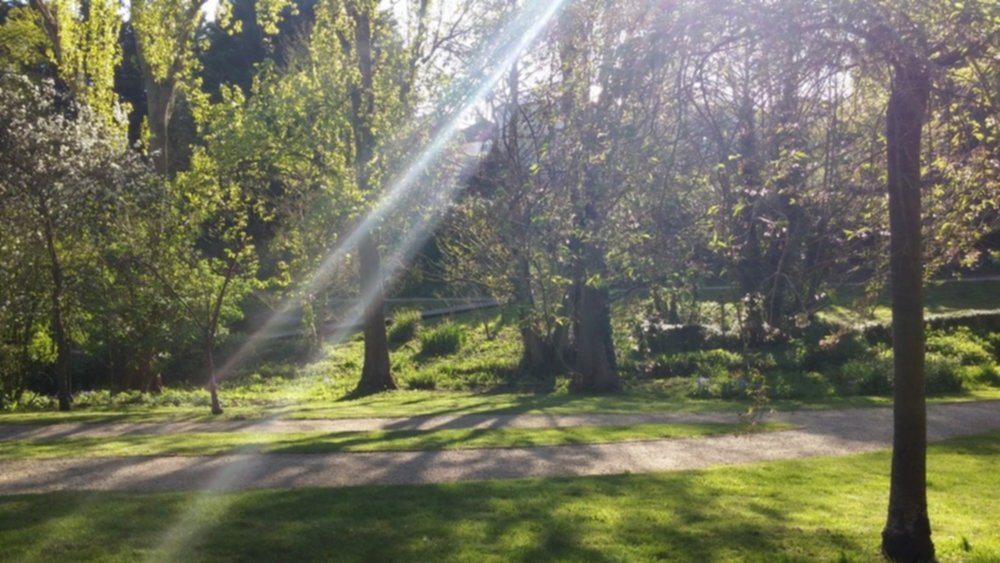 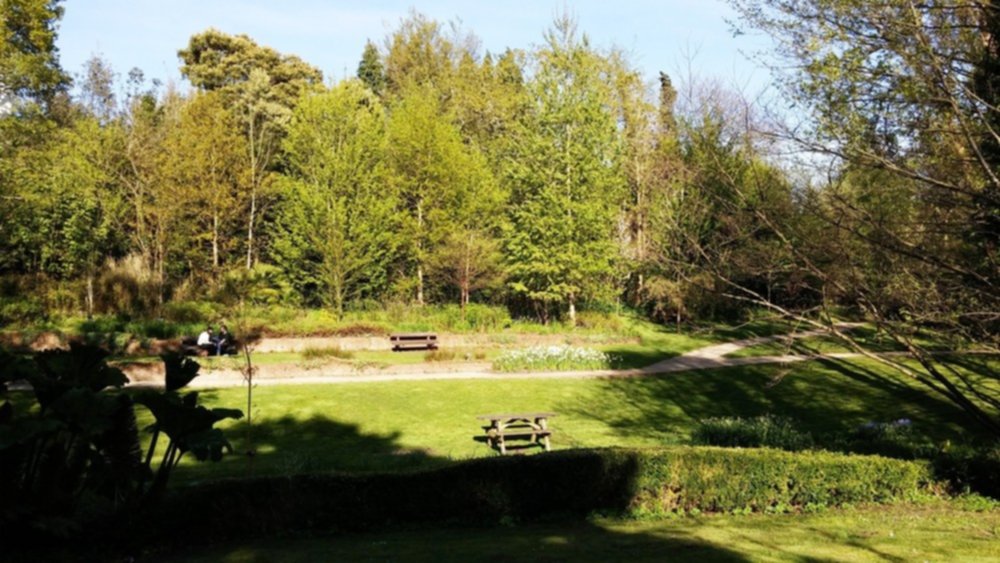 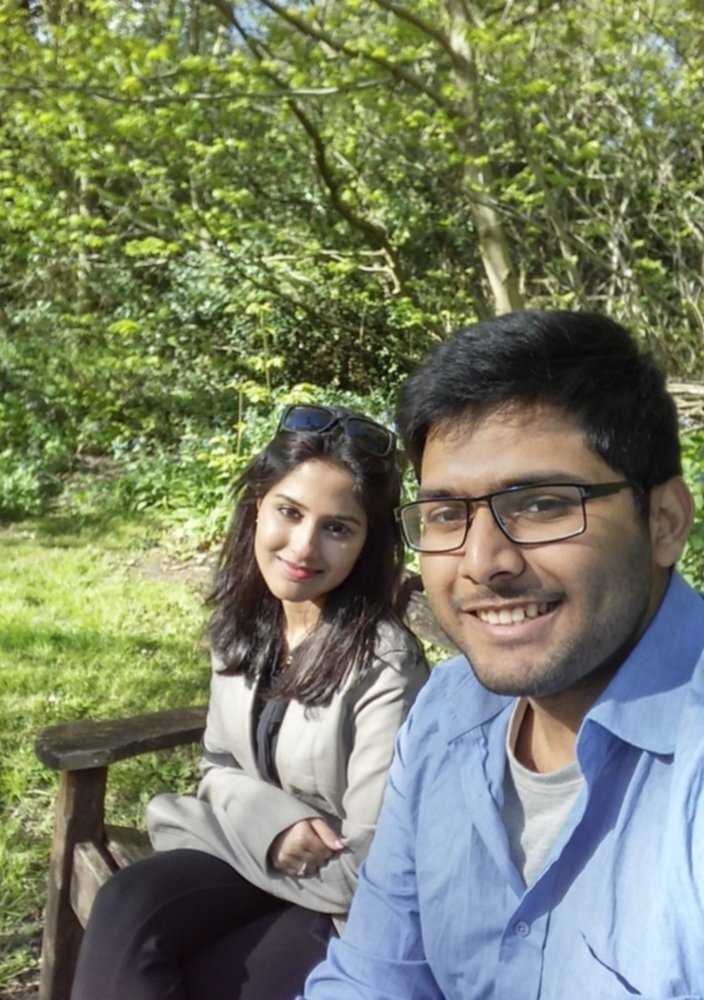 And Day 1 ended in exhausted yet happy smiles :)