On this day, we walked through the streets of Southampton, enjoyed the Sun, visited places that meant a lot to the both of us, visited some others that The Husband had sworn to never visit again, and I may have screamed at two nearly innocent men.

But first, #OOTD thanks to The Husband's daily picture of me at the entrance to our accommodation:

Before we left the house, some mandatory cat petting happened (-_-) : 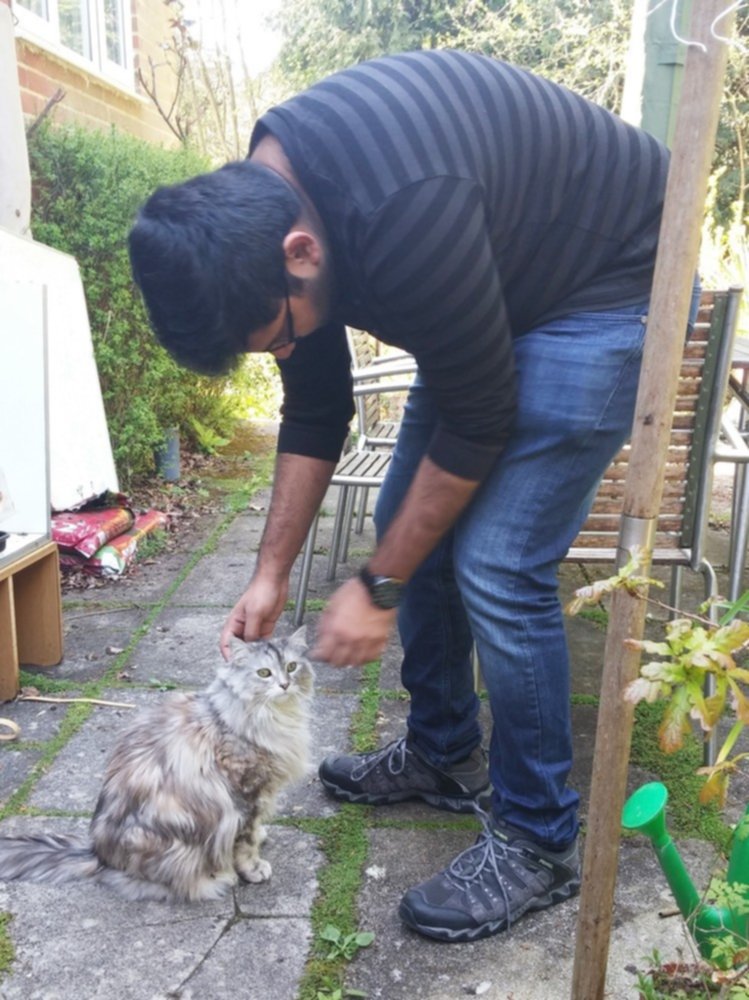 And then, we went on a quest to find The Bromance's previous accommodation that nobody remembered the address of. So The Husband was leading me by memory, missing a few turns here and there, and we may have gotten a little too lost. And as you can see below, I don't respond well to "Smiiiile!" when I'm being made to walk aimlessly around the city: 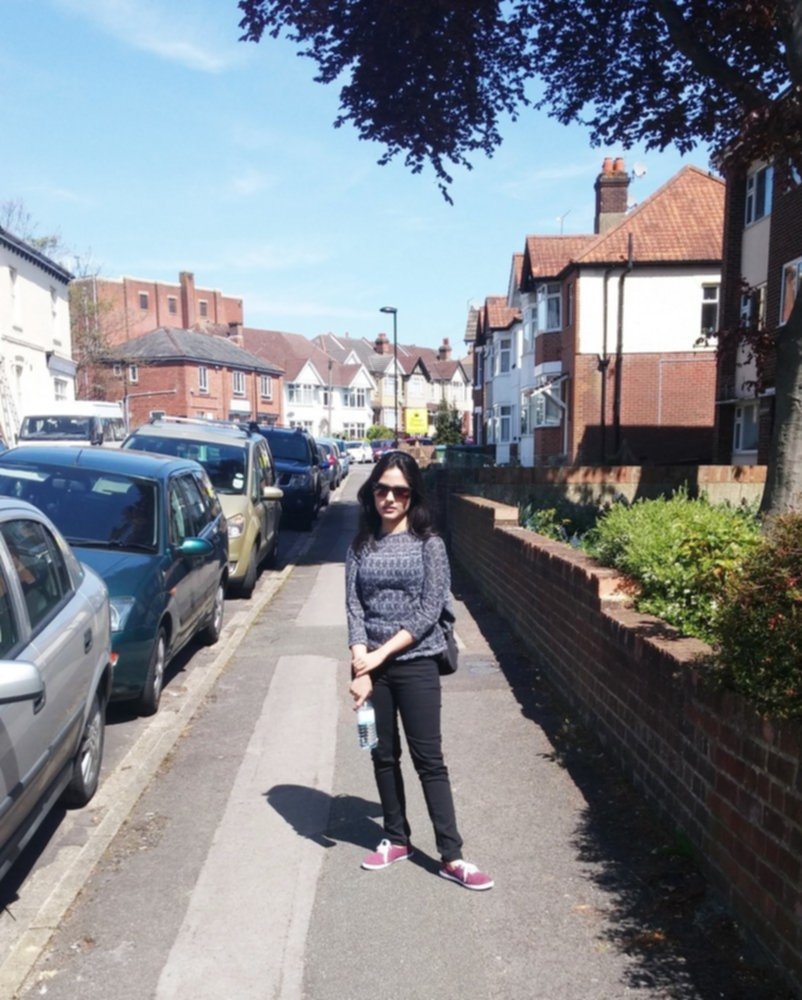 This is the face of a woman who is trying really hard to look hot while she's fully aware of the signs of REPTILE life in the bush adjacent to her: 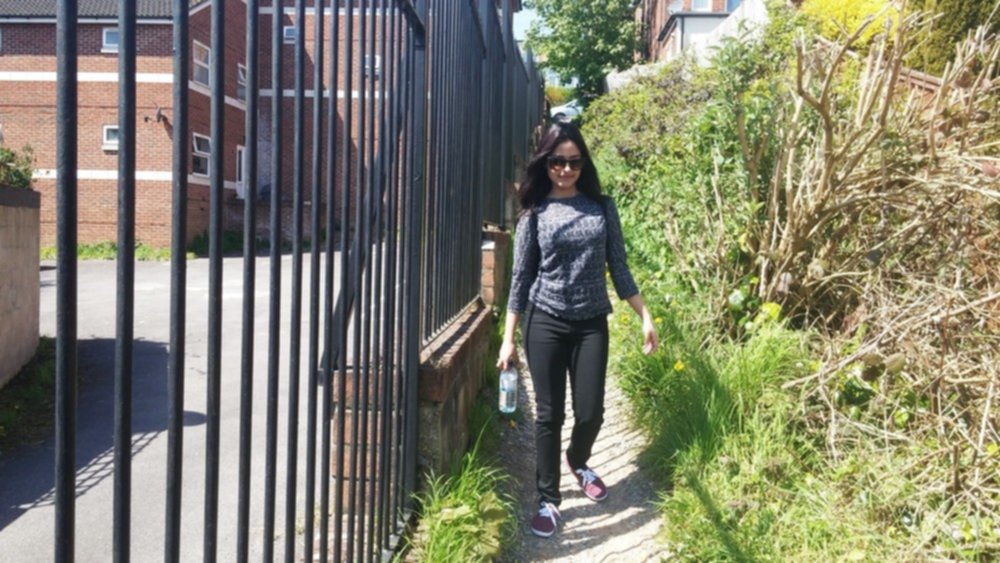 But no worries. Pink trees cheered me up :) Or at least this picture did: 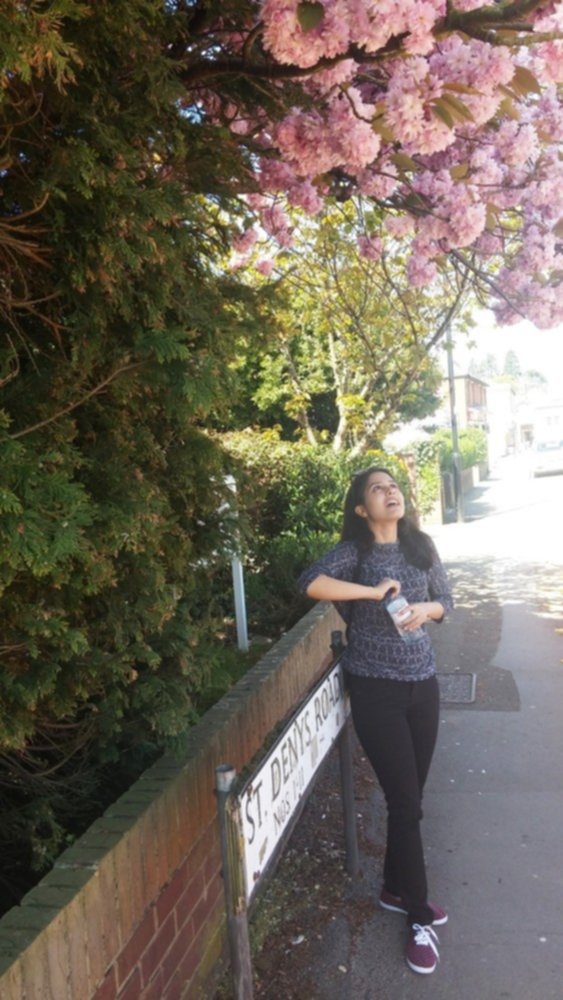 Are you also wondering how epic it would have been if a bird pooped into my mouth just when I opened it? Me too.

Finally, by some miracle of "I always recognise patterns", The Husband found the place but he stopped me from taking a picture because there were real people living in the house and he didn't want the whole world to know that I was a creep. So I thought I'll just write about it on the internet for the whole world to read :)

Our next stop was the Southampton Common which includes "326 acres (1.32 km2) of woodland, parkland, rough grassland, ponds, wetlands, nature trails, a paddling pool, a children's play area, a model yachting pond, and a fishing lake": 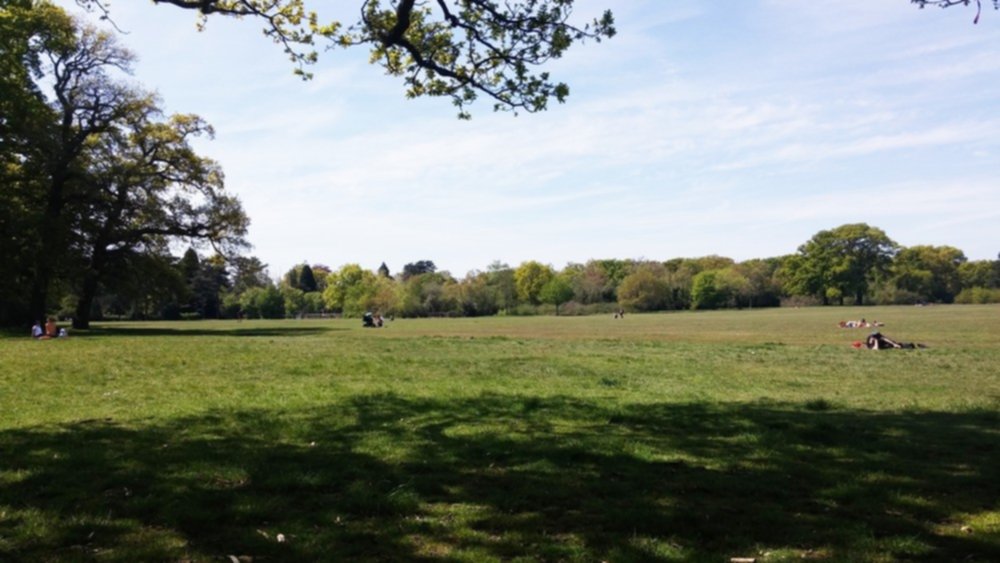 This picture obviously depicts just one tiny piece of the entire puzzle.

This is the tree The Husband chose for us to camp under because "Finally, some shade!": 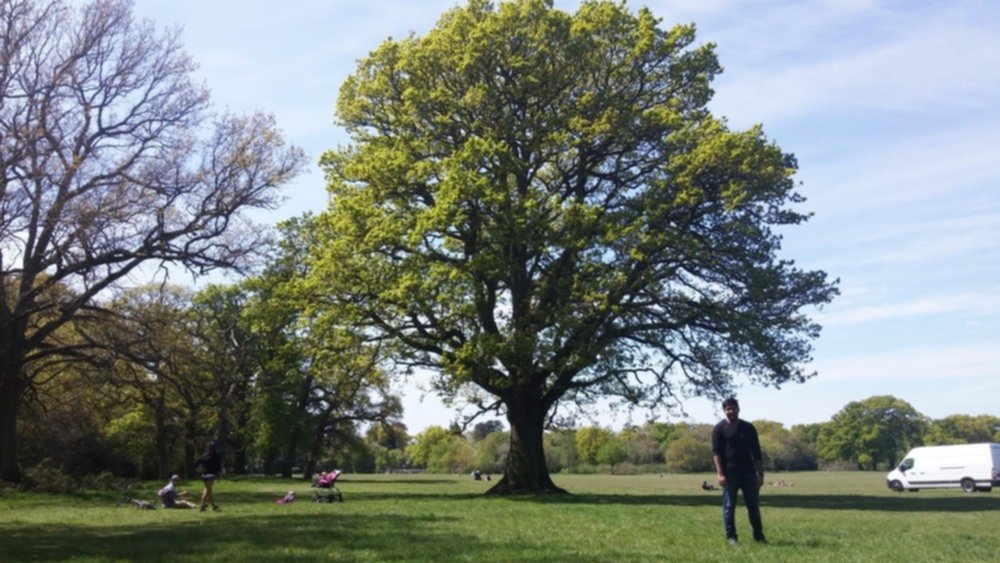 Although, this is how most people who live in Scotland react to sunny days elsewhere: 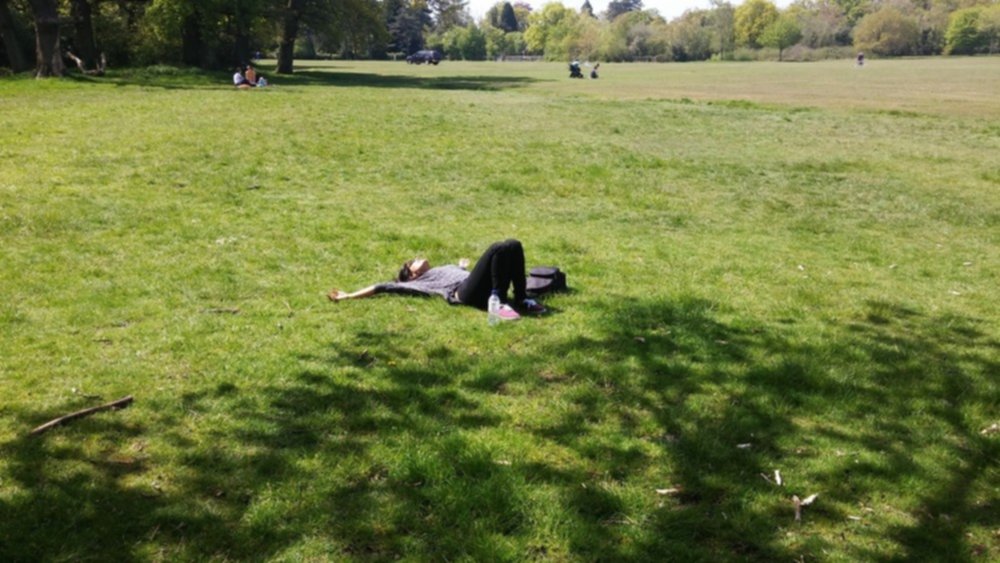 See why I said "most" people? Others display sad, forced smiles in photographs. 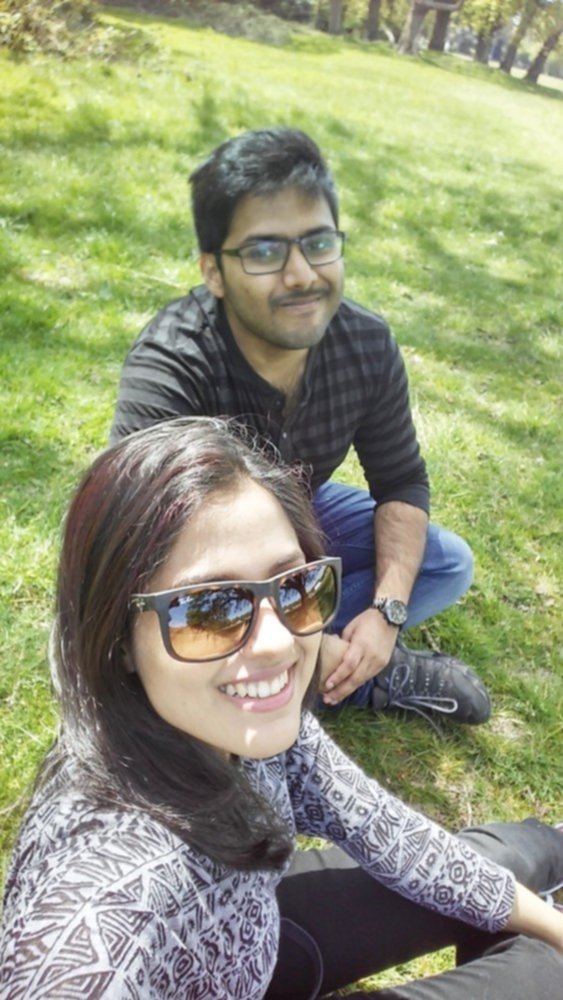 Which is why we had to move to the shade: 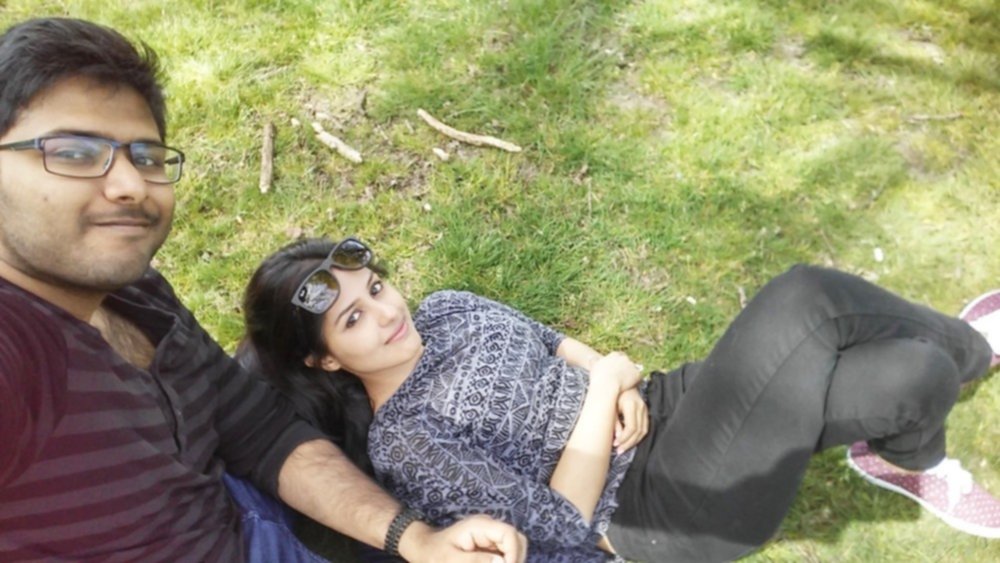 We intended to walk through the Common to reach The Husband's previous accommodation. But at one point, he thought it would be fun to tread through the actual forest instead of walking along the beaten track: 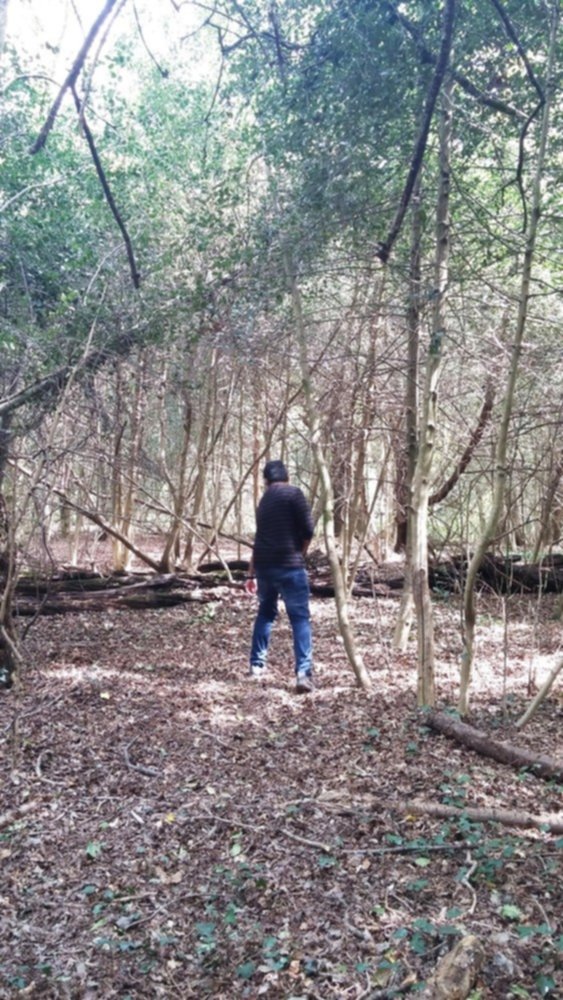 While I jumped at every single sound around us: 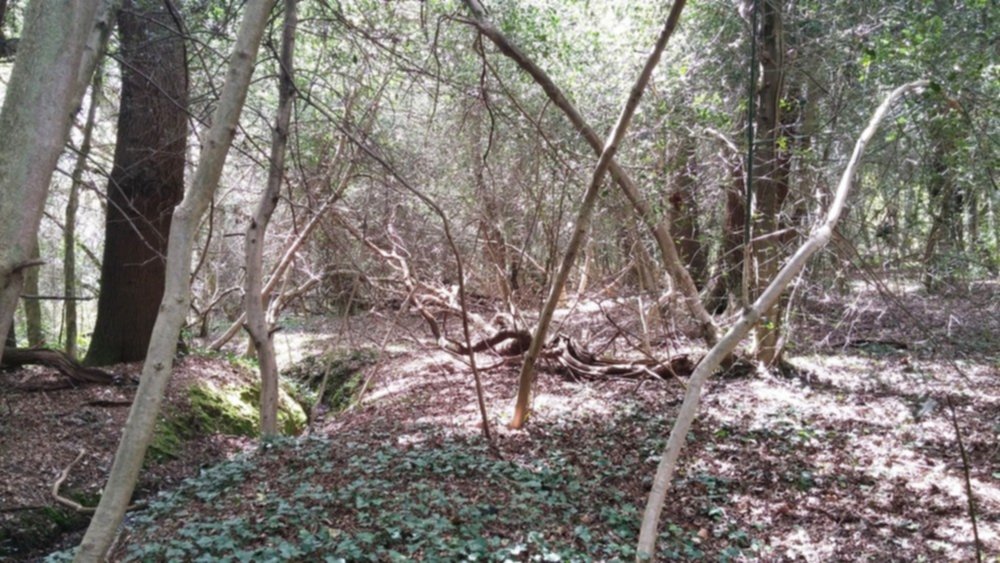 Again, by some miracle, we found our way out of the forest and the Common. On our way out, we found the pond: 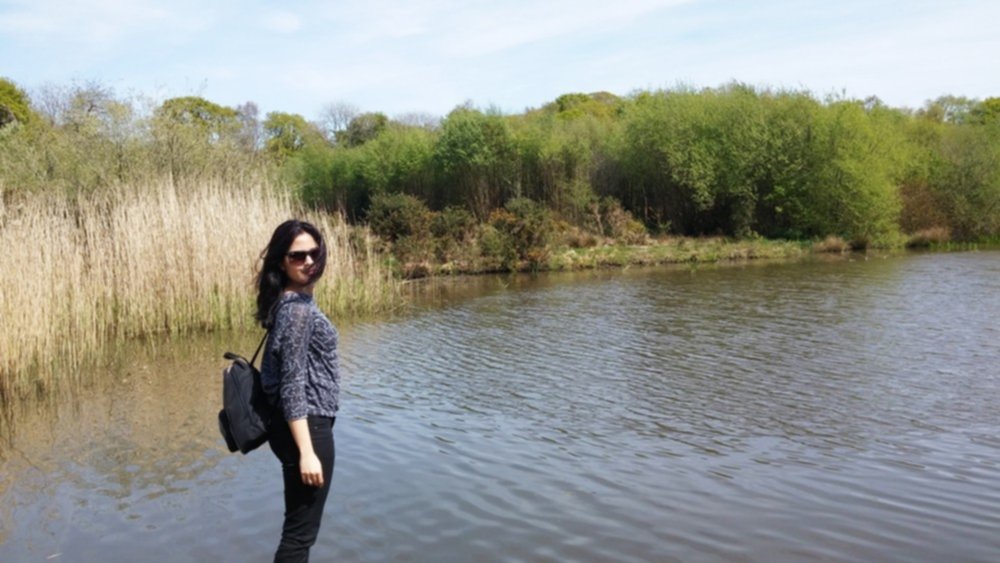 This time though, I made sure to use Google maps to reach the place I'd been dying to see for years: 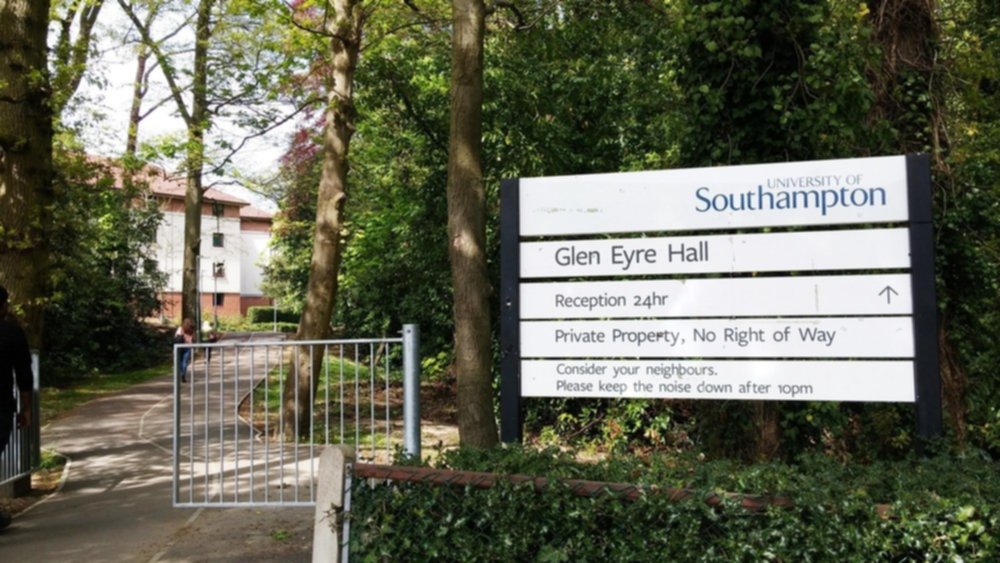 I'm pretty sure we weren't allowed in there. As if that ever stopped me before. He kept asking me to please stop acting like a tourist by taking photographs of buildings and lawns and random signs. But I don't think he can even comprehend how exciting it was for me to finally see where he lived while we were in a long-distance relationship.

So, this is where he stayed: 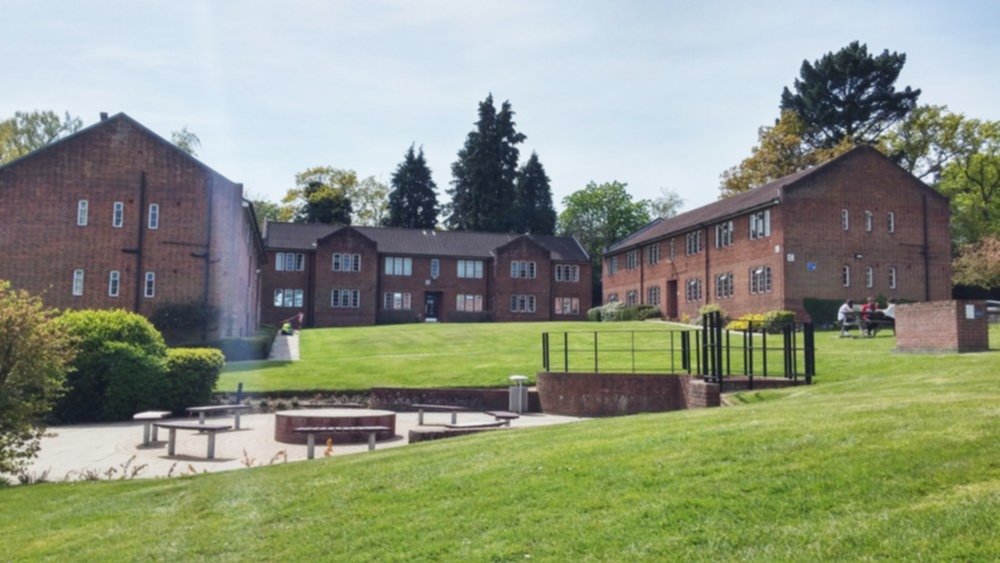 To be more precise, it was the second left window on the top floor.

And I know this might bore you, but this is where his labs used to be, and these are the places he walked to while talking to me on the phone: 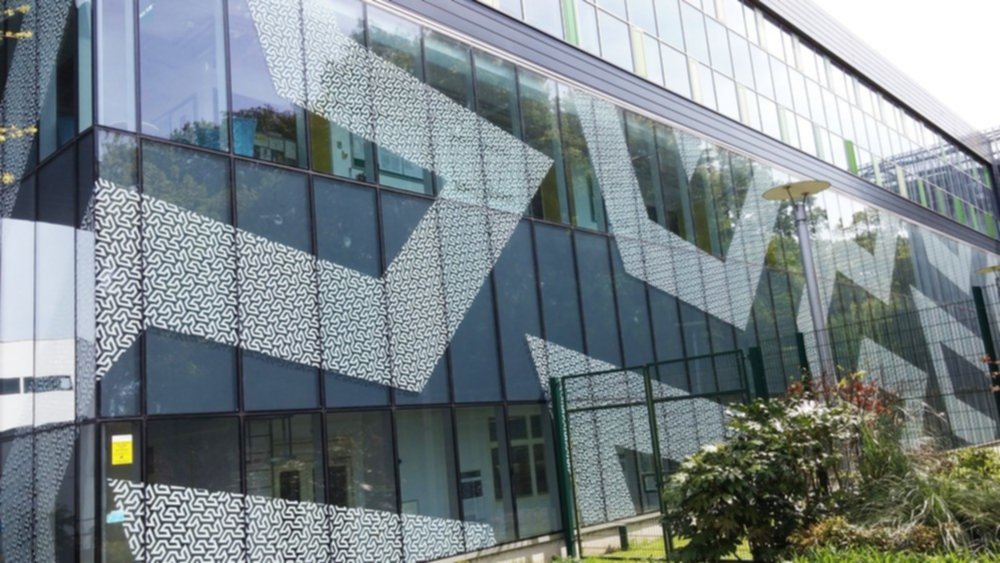 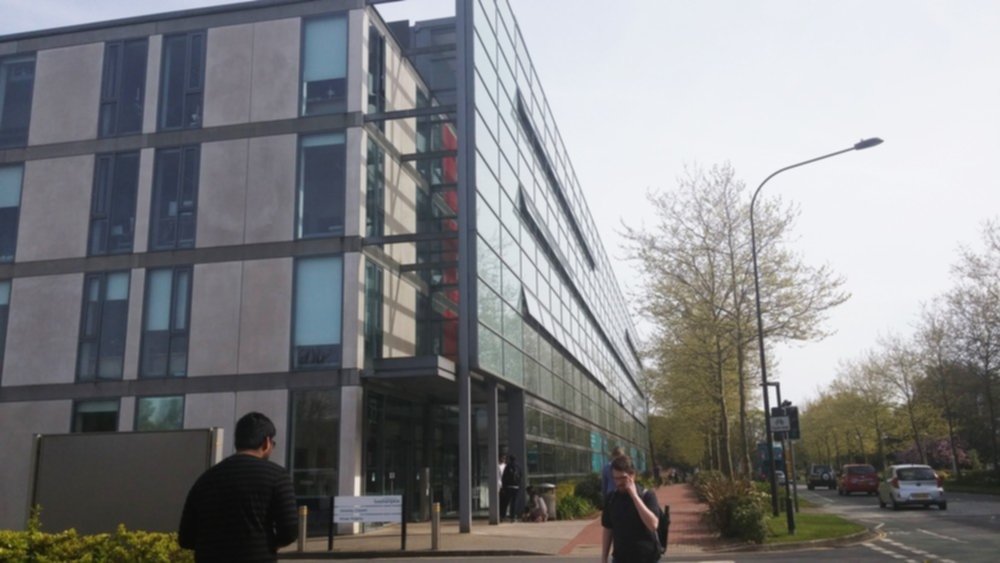 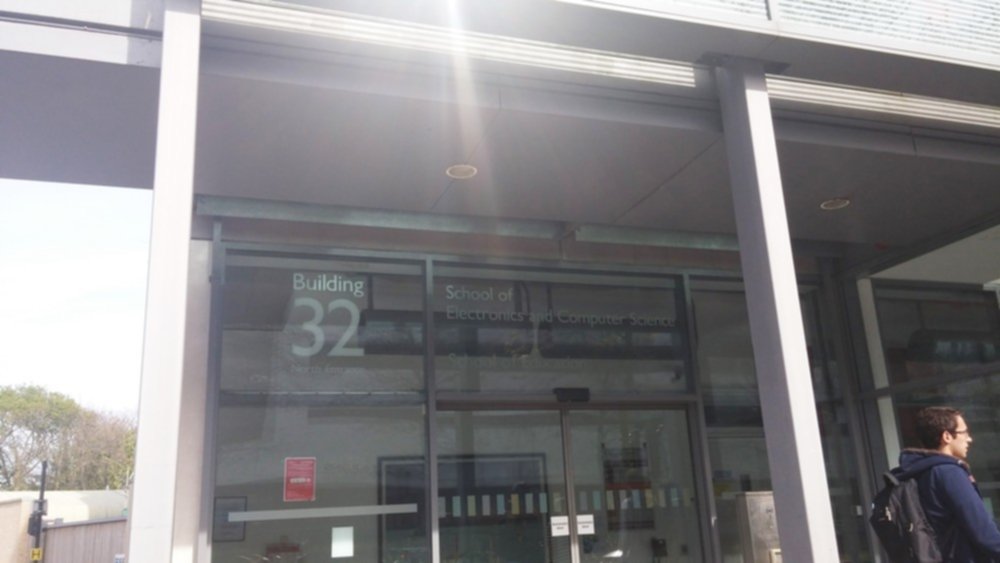 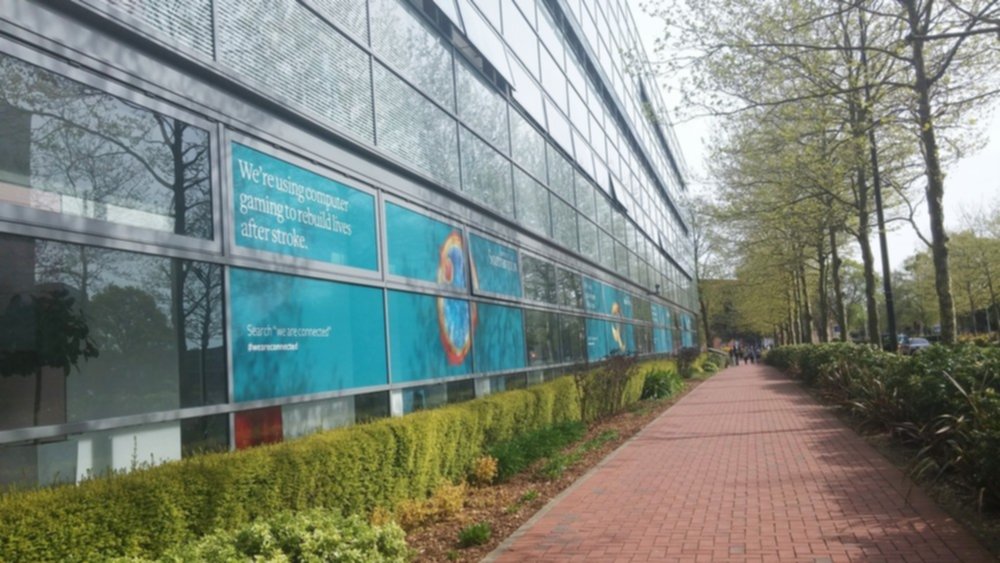 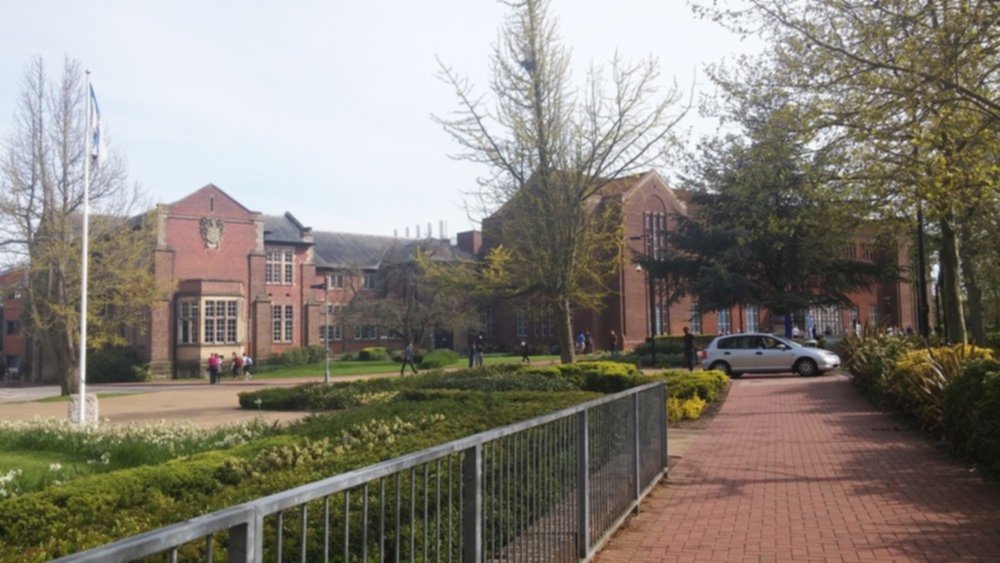 Enough with mushy sentimental stuff that I'm not even good at expressing in the first place. Let's just get straight to that part of the day that you shouldn't miss reading about.

So that evening, I quite literally dragged The Husband to a local club called Jesters. When he was a student here, he went to this club which is still a VERY big deal among the students in the city. It's cheap, loud and incredibly filthy. Everything a student could ever ask for. So a few years ago, when he was in there, he felt that he was stepping on something sticky and weird. He later learned that the floors at Jesters are sometimes sticky because they're covered in - WAIT FOR IT - a mixture of puke and alcohol :) When I heard this, I said, "Dude, stop trying so hard to sell the place to me". But he swore to himself years ago that he would never go back to this place. Hence, the dragging.

Because we're so old now, we got there by 10:30 p.m and the place was practically empty: 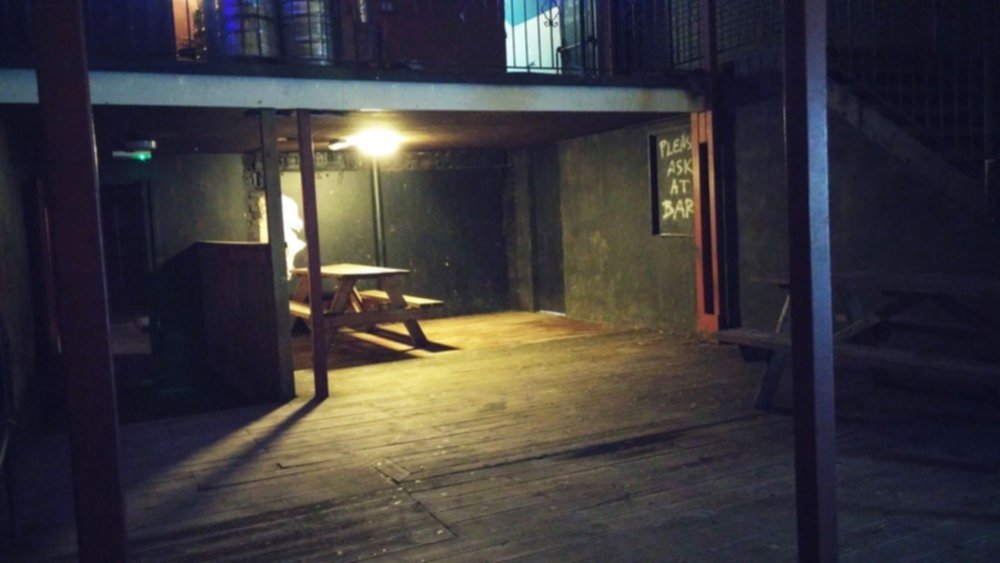 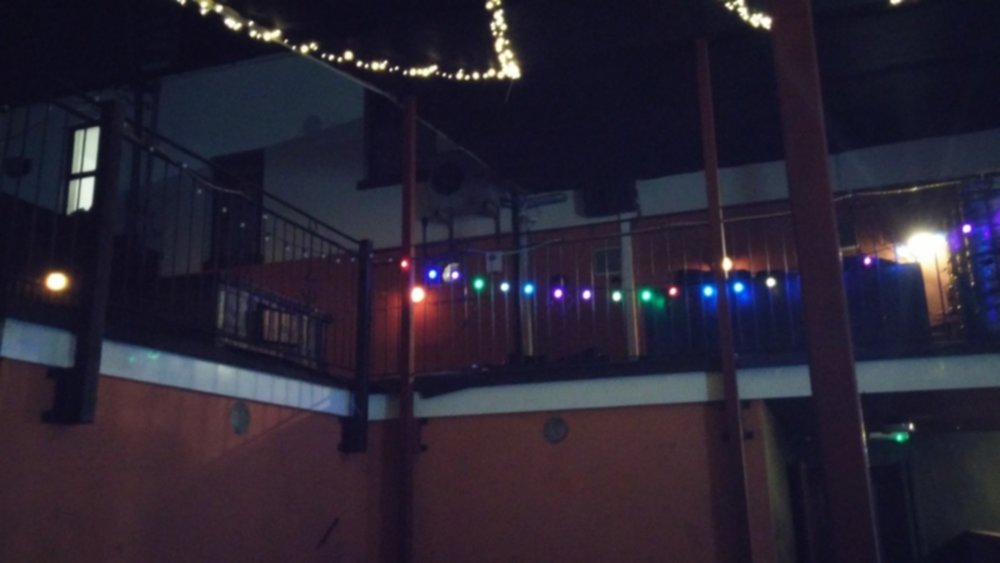 Funny story at the entrance: When we were asked to pay the entry fee (which is an embarrassingly small amount for a club), we asked if we could pay by card because we didn't have change. The man took one look at The Husband's wallet, and another at us as if to ask, "What are you even doing here?", and allowed us to enter for free. We didn't even get stamped.

The minute we entered, I noticed the peculiar scent in there. It was the all too familiar smell of a wet dog. That's what it was. And the floors and other surfaces were also wet (not sticky) because it's so difficult to clean the place that they just hose it down every evening. How wonderful.

I'm sure that by now I have given you quite the right idea about the kind of place this was. In fact, I was shocked when I learned that these were Chewing/Nicotine gums on the floor: 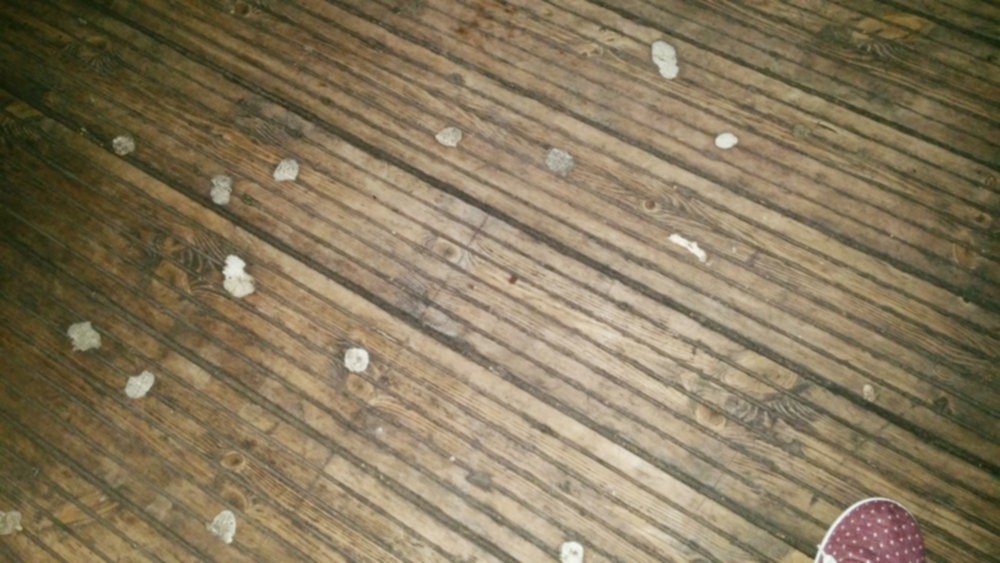 "What did you even think they were?"

Moving on, since we were the only ones in there, and since there was a photo-booth to entertain us, we thought we might as well take a few photos to pass the time. I can't say I was surprised at this point when I found out that it was broken. So I took selfies in there. As one does. 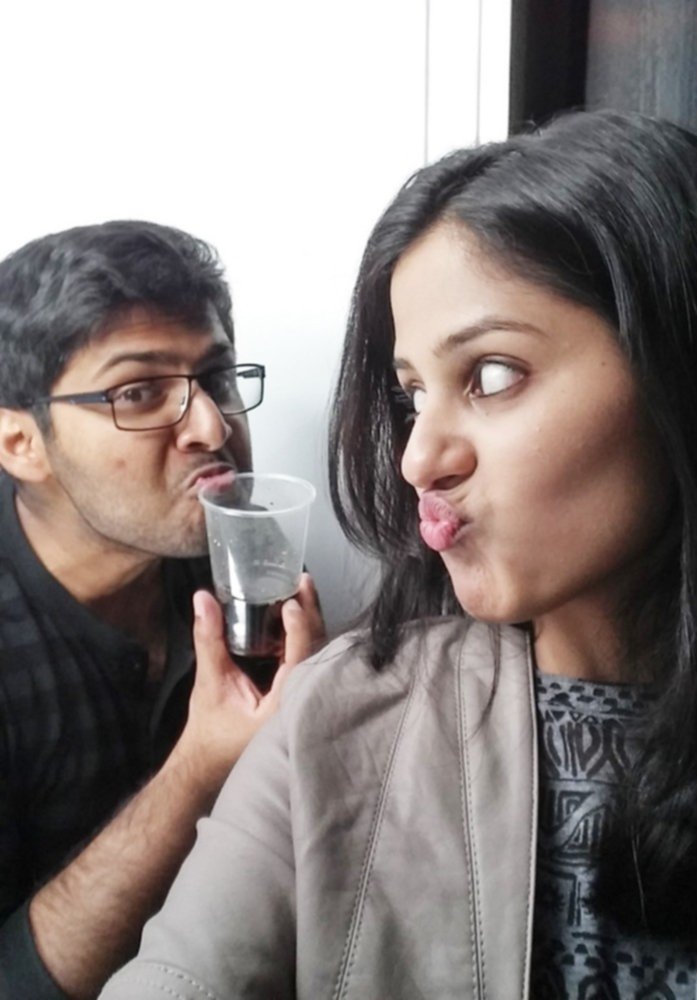 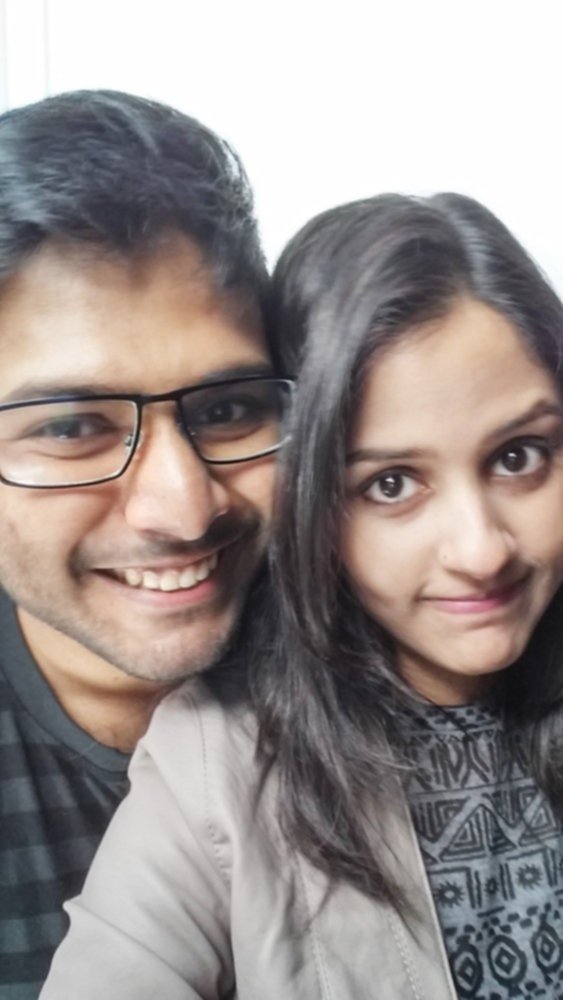 The place slowly started filling up with medical students who were doing a pub crawl and I started getting really, REALLY excited. The cause for my excitement might have been The Jesticle. Yes, you read that right. The Jesticle is a staple drink at Jesters which contains 4 shots of God-Knows-What and lots and lots of fruit juice. It's a different fruit juice each time, which is why The Jesticle is a different colour every time you go to Jesters. Also, the amount of fruit juice in the drink is what makes it impossible for people to taste the alcohol, hence it's easier to consume, if that makes any sense.

I was two Jesticles down and telling my new Medic friends things like, "Is that your Jesticle? This is MY Jesticle" while also trying to sneak into their group photos. Every single time I saw someone taking a group photo, I tried to sneak my head into the frame without them noticing because...actually, I have NO idea why I did that. It made The Husband laugh a lot, so maybe I did it to entertain him. Again, I wouldn't be too surprised if I got turned into a meme that says something like, "Who's that girl?" or "I'm that dork at a party".

I also took sneaky pictures after turning off the flash because I'm creepy like that: 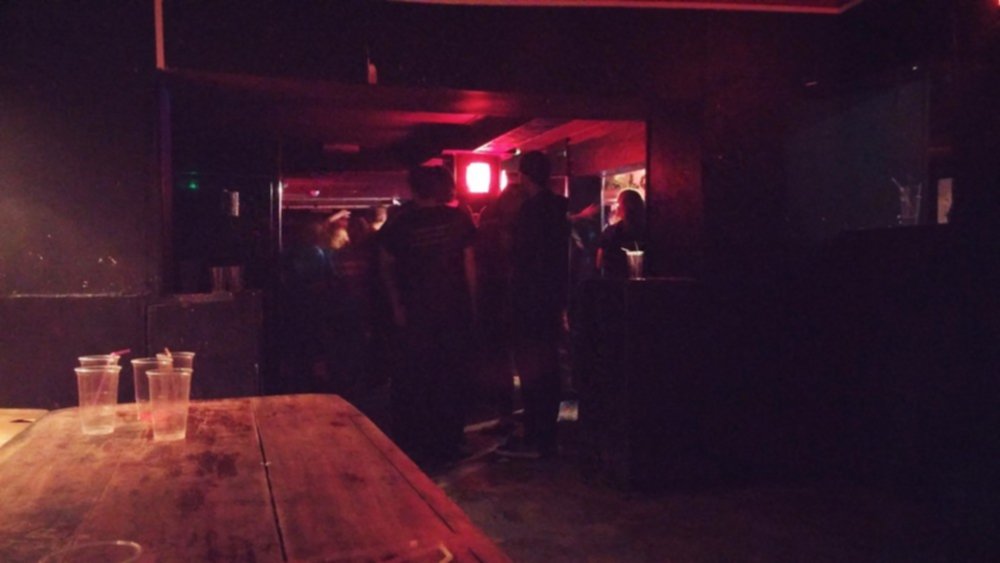 Trust me, I had a very good reason for taking this selfie in a stuffy, crowded space: 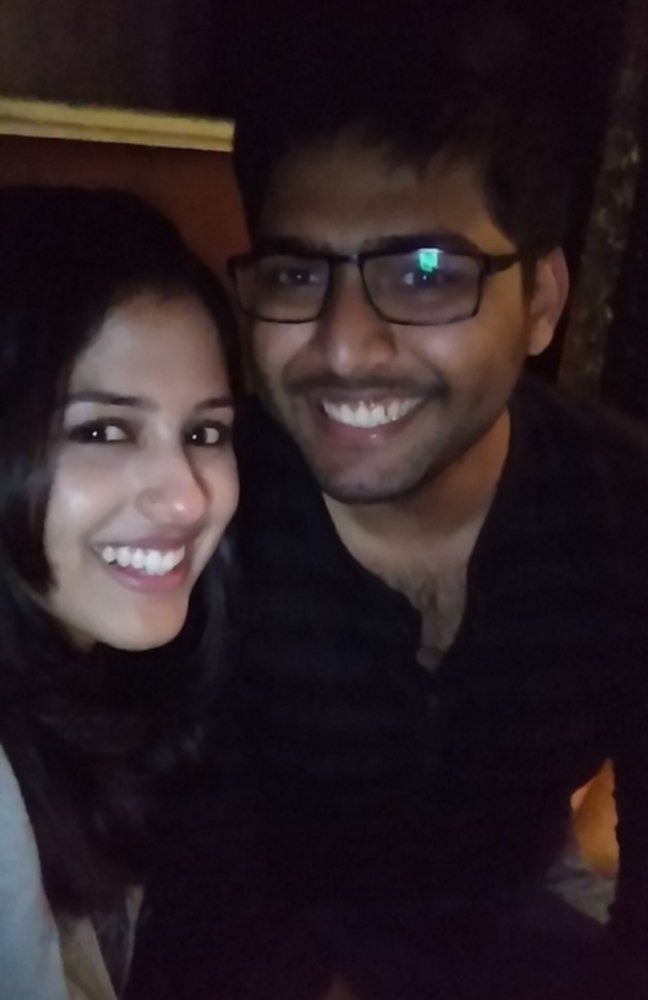 It had something to do with our anniversary and my professing my love to him. Well, fuck if I remember.

The Husband stayed sober throughout because it was the sensible thing to do. Although, I personally believe that two Jesticles can do you NO harm. Apart from maybe making you laugh uncontrollably at this ad (which to be fair, is pretty lame): 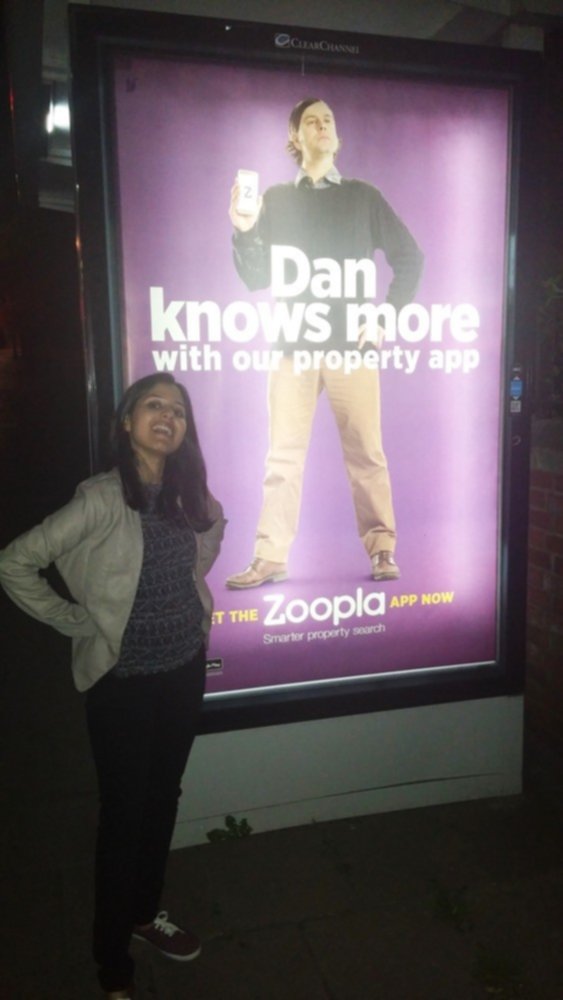 By the time we got out, it was around 1:30 am and he was very hungry. I was too, I just didn't know yet. So we stopped at a Subway that stays open till 3 am, but the door was locked from inside because they were closing up. I could see the two guys inside and for some reason it made me really angry that they were closing up so soon. So, I knocked on the glass door and very calmly said, "My husband is hungry and you're denying him food". Or at least that's what I thought I said. Turns out, I yelled, "My husband you deny". Repeatedly. In different tones and pitches.

To make it even more dramatic, I intended to point at him when I said "my husband" but the pointing happened only after I finished my "sentence" and when it did happen, I saw how The Husband was standing with his hands raised as if in a police encounter and mouthing the word "sorry" to the guys inside while slowly pulling me away from the door.

We had kebabs that night. Very tasty kebabs. And Day 2 ended with... well, fuck if I remember.