On this day we went to a tiny village located along the shore of Southampton Water called Netley which is famous for the Ruins of Netley Abbey. The history of the ruins is very interesting and I'll try my best to relate it as well as I can.

And say it with me! Mandatory cat-petting before leaving the house: 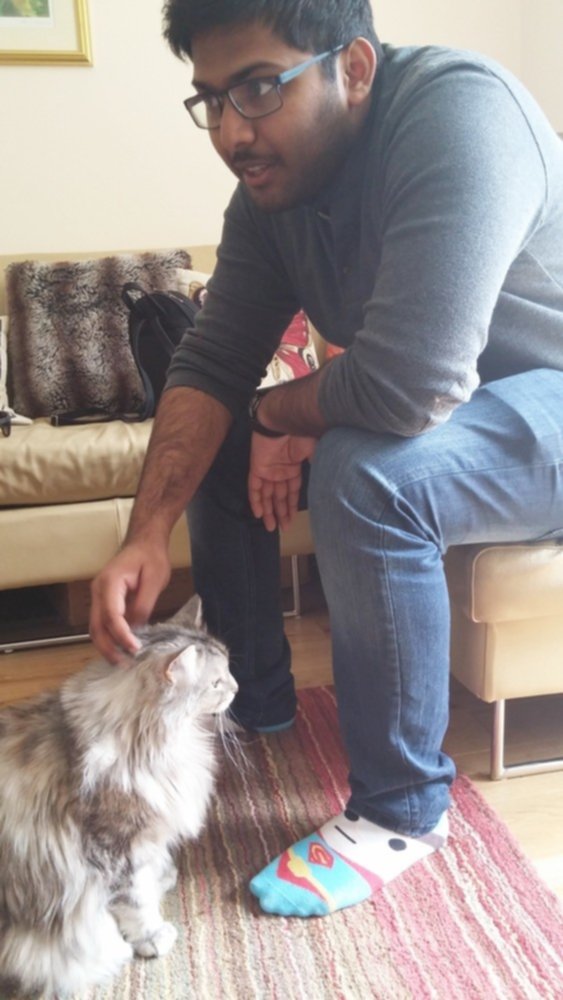 Also, allow me to draw your attention to my man-baby's socks. He's the proud owner of an entire super-hero set.

Moving on, we arrived at the ruins of Netley Abbey (in Superman socks and high spirits) immediately after breakfast. We initially intended to get the bus there but someone was too lazy so we had to get a cab. It was just a 30 minute cab ride away from the city centre. 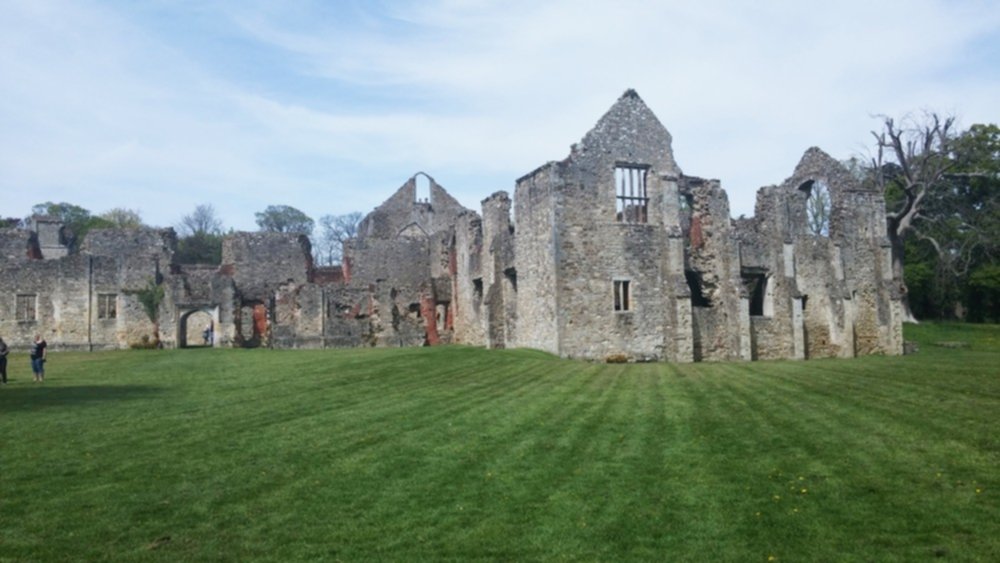 The Abbey was built in 1239 but became famous only after King Henry VIII decided to close it in 1536 during the Dissolution of Monasteries. If you have ever read about the history of English Monarchs, you probably know what this one was famous for and why he took this step. The buildings of the monastery were then presented to Sir William Paulet who was his Lord Treasurer at the time. 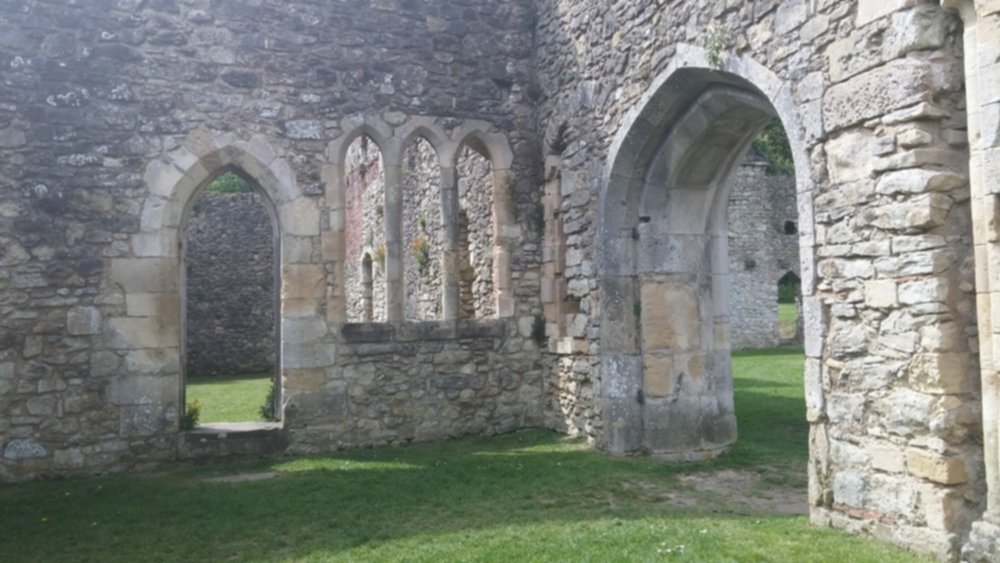 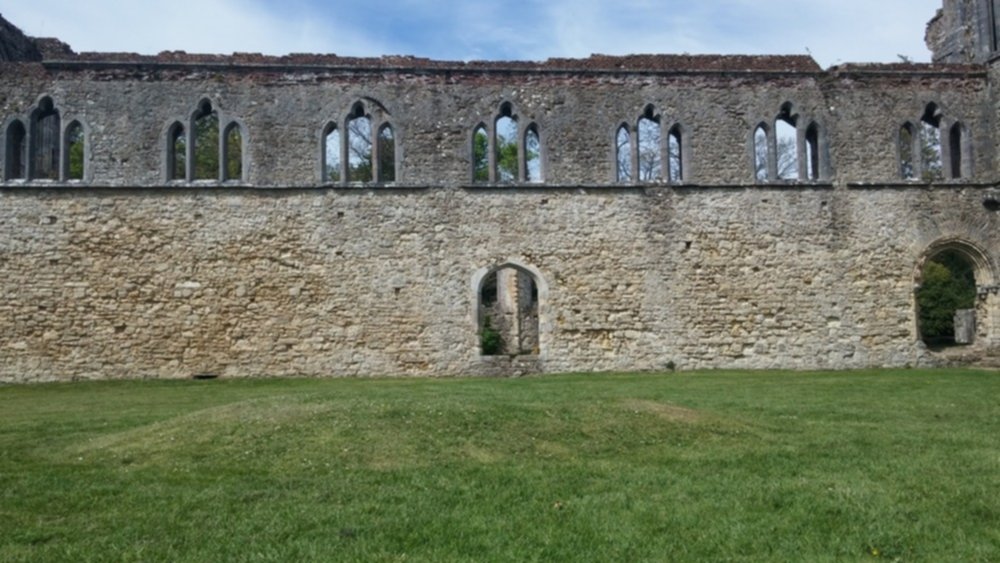 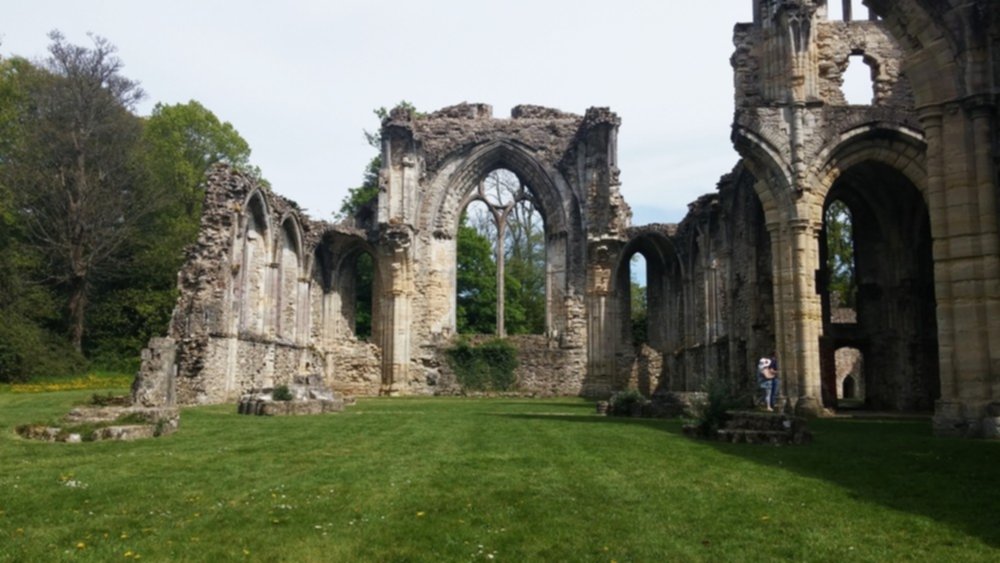 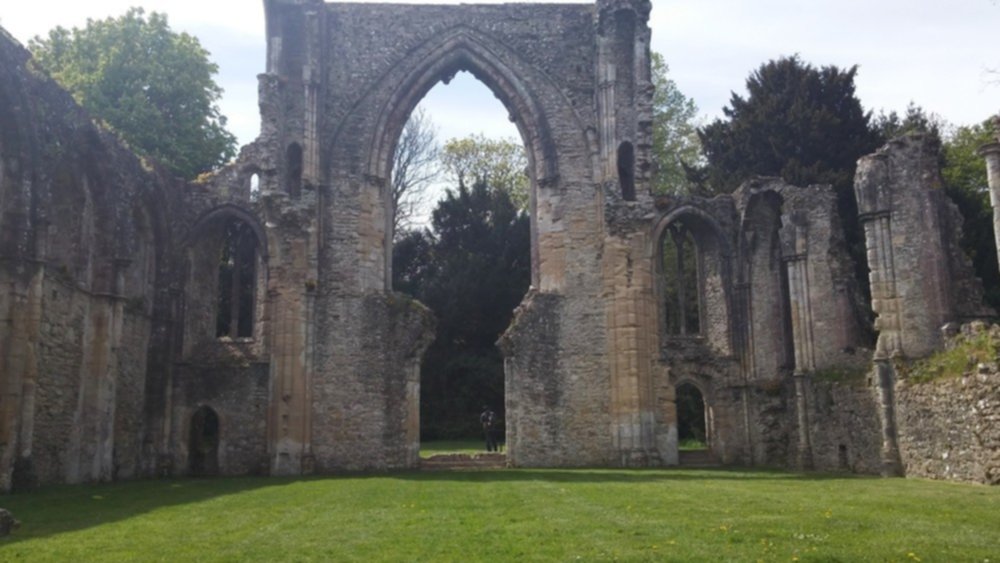 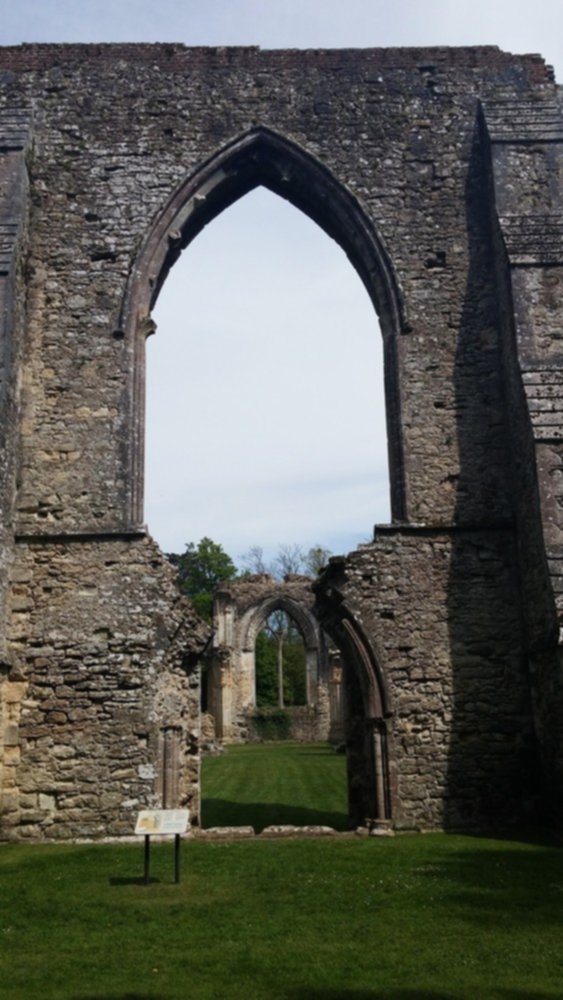 Later, it was decided by one of his eventual successors to demolish the abbey in order to sell the materials. A mishap at the site is what led to the prevention of it's demolition. Thank God for that, I'd say. 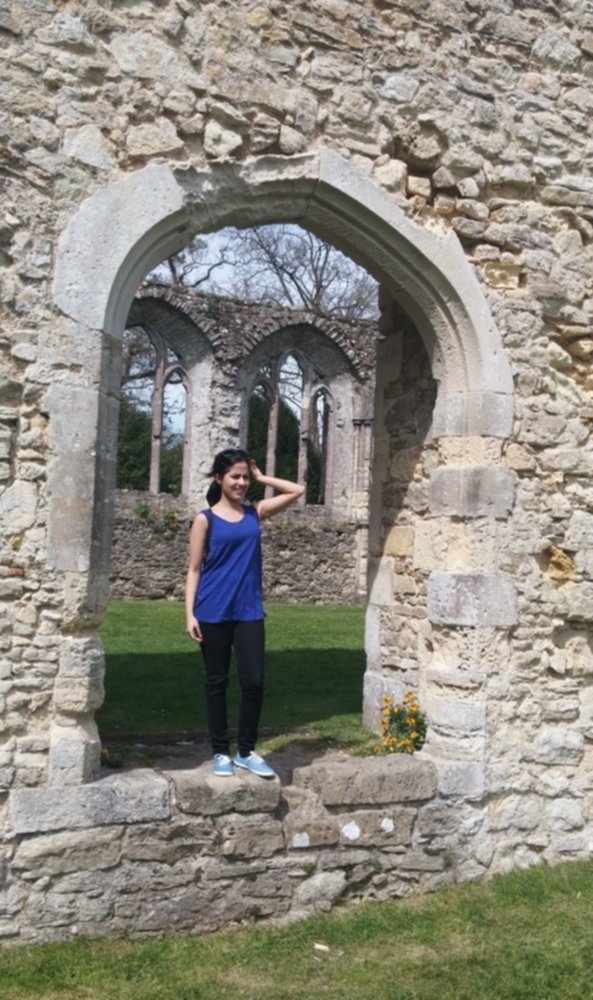 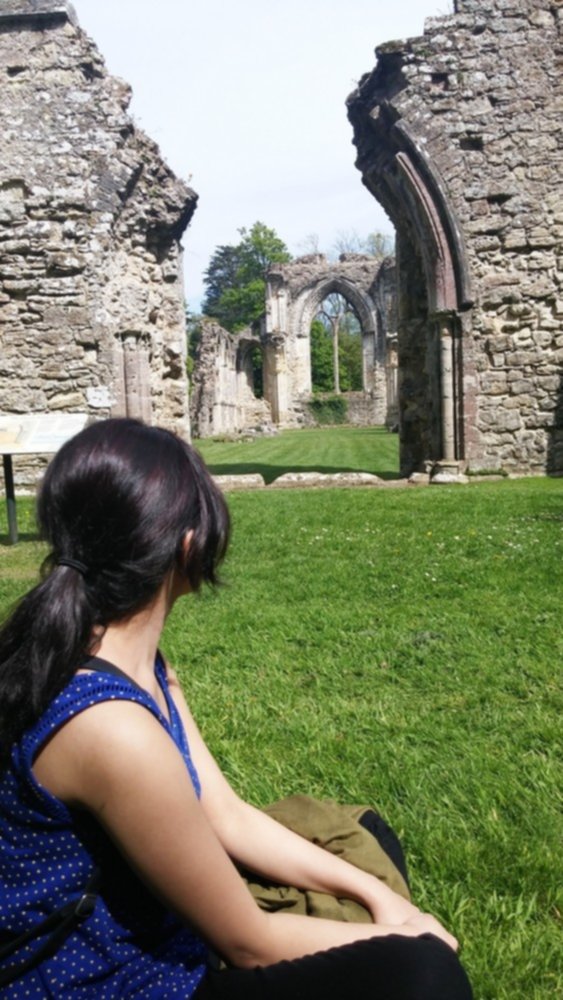 And then there's my husband. 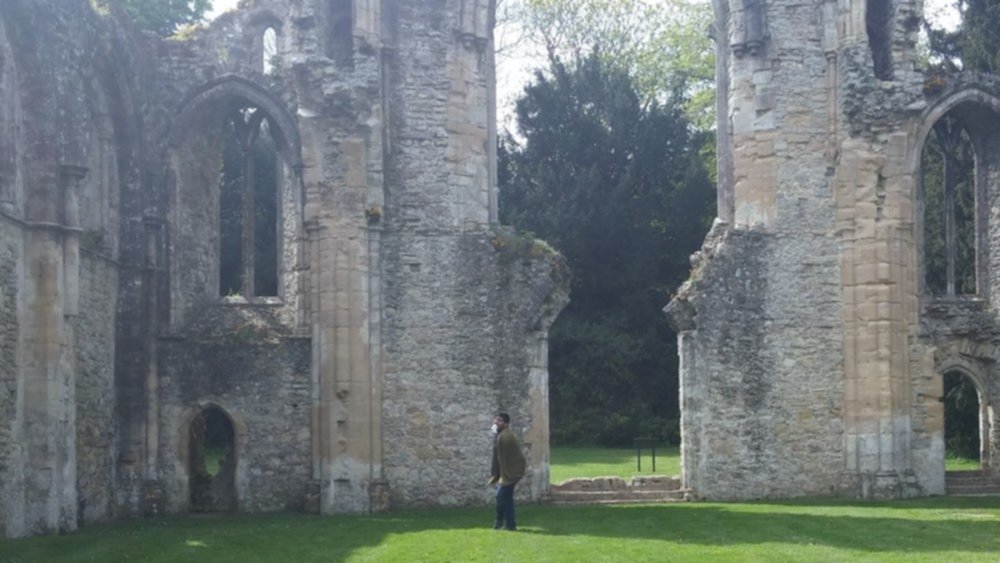 In the midst of all this history and beauty, he had to do the butt-dance WEARING MY SWEATER. He thought he got away with it, but there was this other couple that saw him do it as well. His mortification at the realisation was more than satisfactory. But who am I kidding? I'm probably as immature as he is: 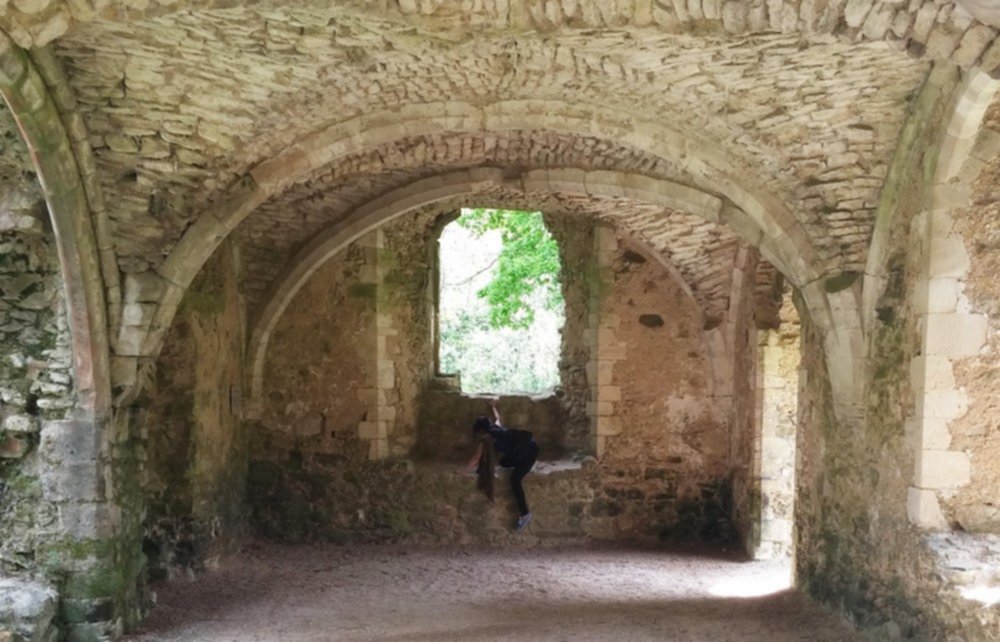 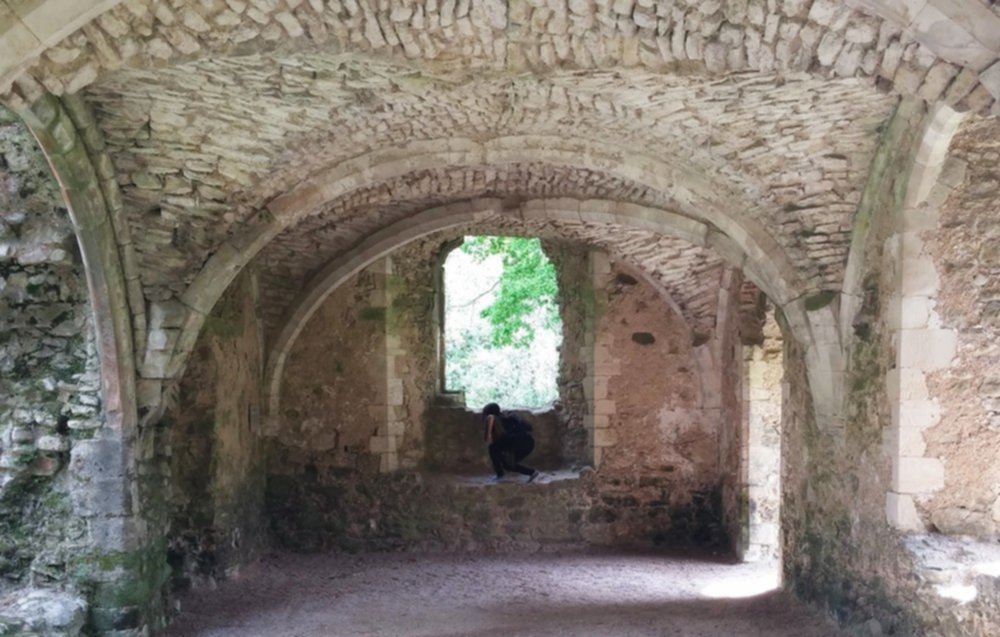 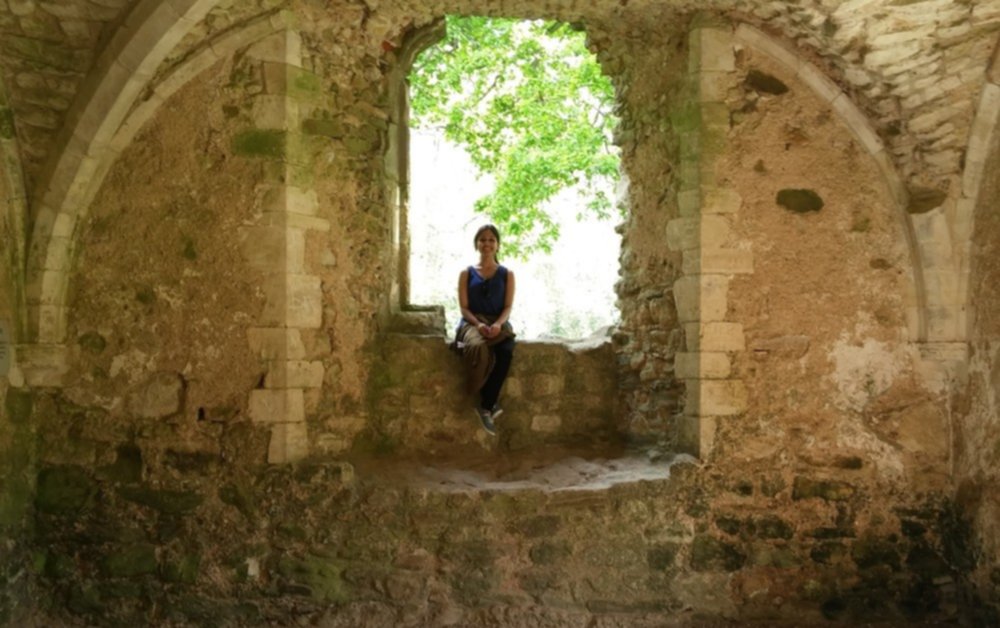 After spending a good amount of time at the abbey, we decided to explore the rest of the village, especially considering how it was on the shore of the Southampton Waters. We happened to meet a nice woman who told us of a path that would lead us to a "bed of blue wild-flowers" somewhere on a meadow, and that it was breathtaking. So off we went on a quest for "a bed of blue wild-flowers". 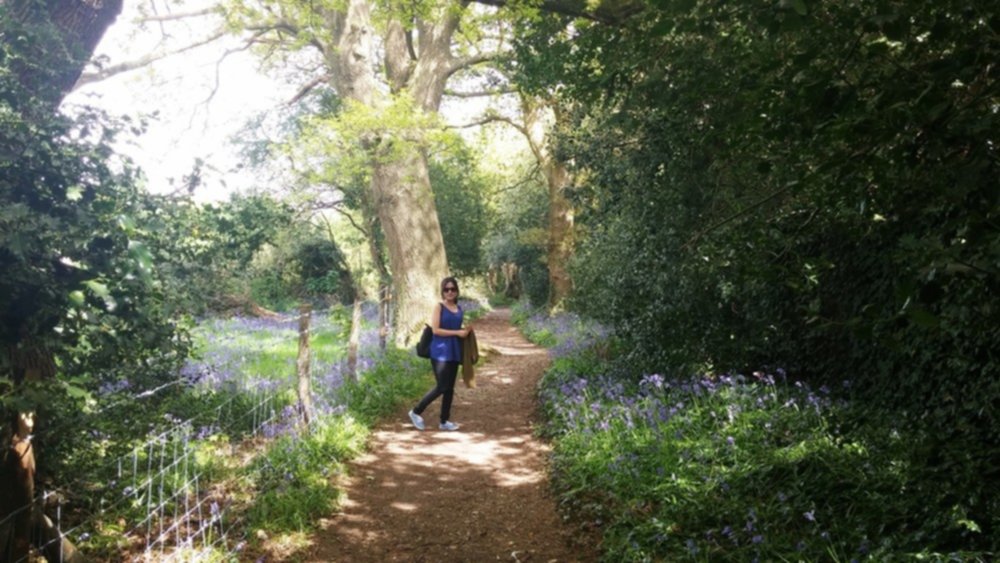 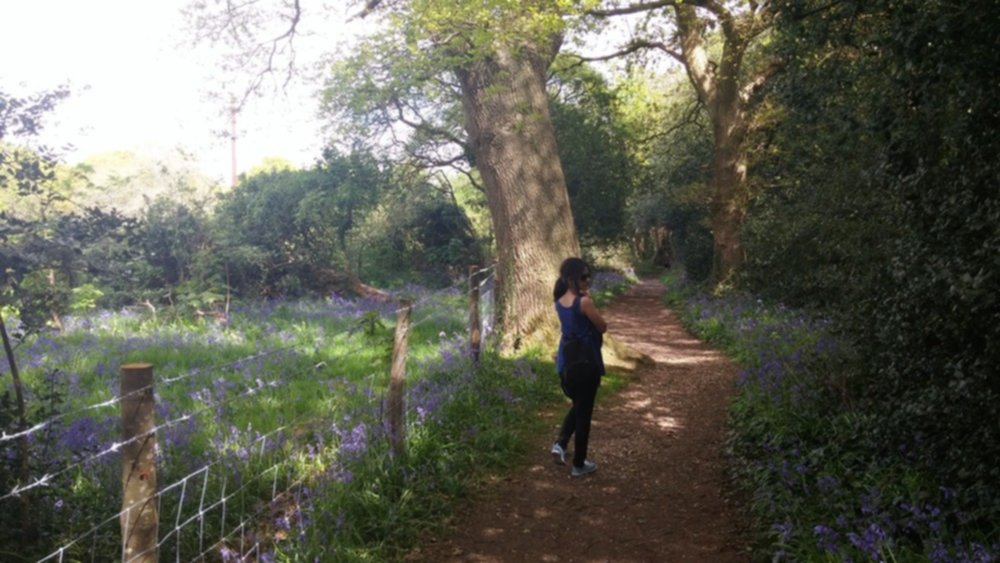 This path was somewhere near a huge Manor House. So look (carefully), rich people's backyards have horsies in them: 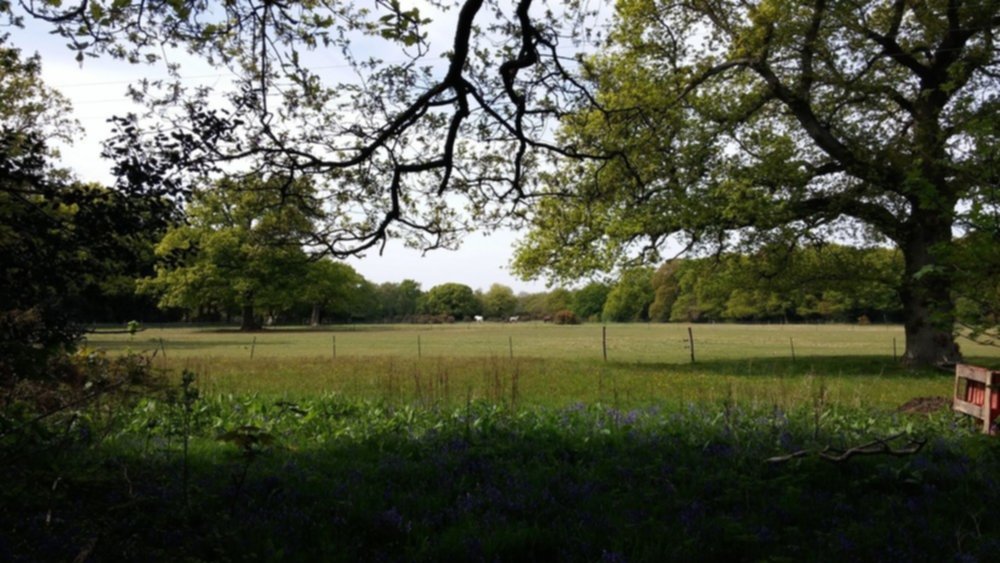 And the quest continued... 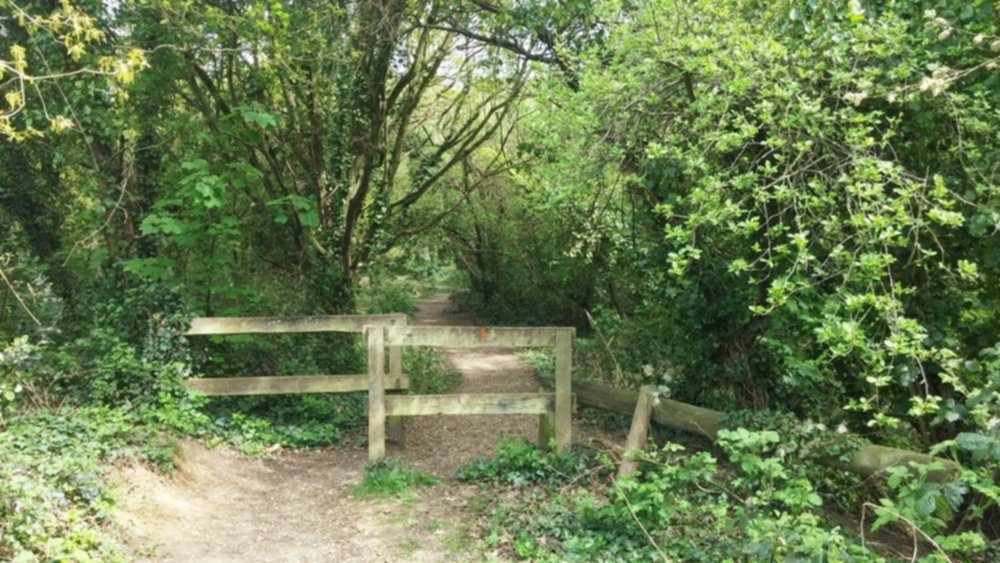 ...until we reached an open space like this with no "bed of blue wild-flowers" anywhere in the vicinity: 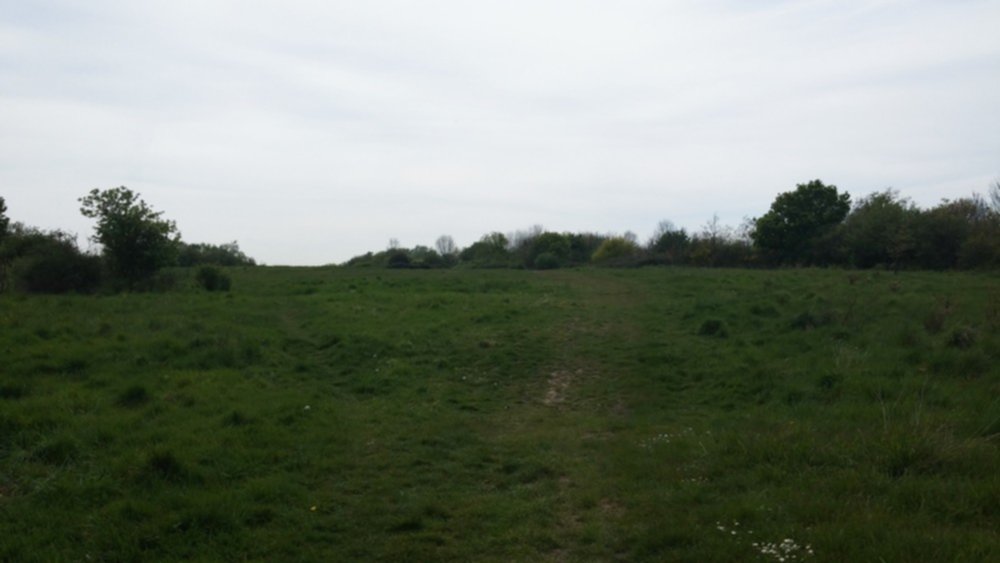 There were too many inter-twining paths and cross-roads along the way so when we realised that we'd been hiking for more than an hour (and to no avail), we pulled out our one working phone and took in two things.

So we memorised the path to the main road and gave up all hopes of finding that fucking bed of blue wild-flowers because fuck that shit. Although, I must admit it wasn't all that bad getting lost in the middle of nowhere with this guy: 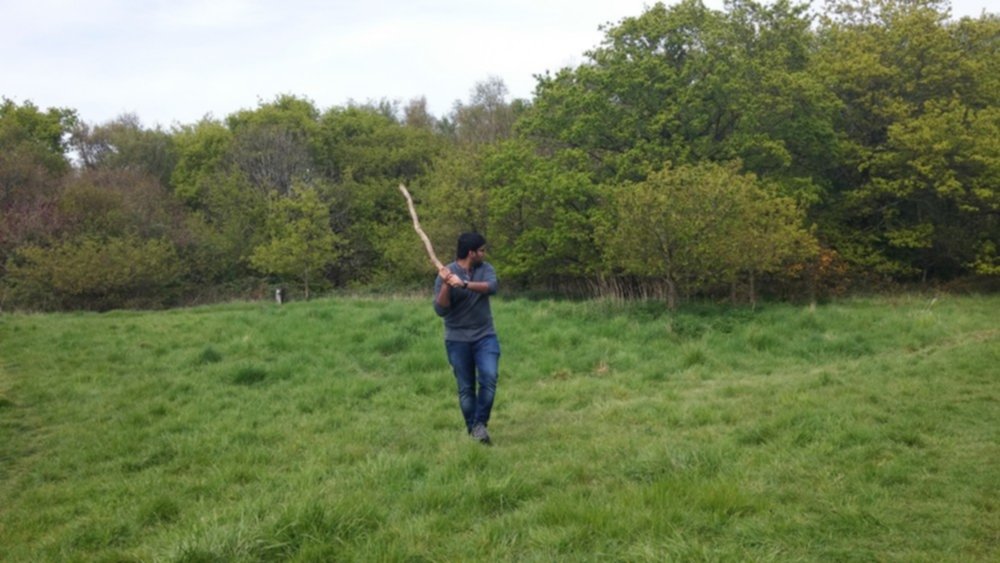 He was as cool as a cucumber and kept reassuring me that "Woman, I know what I'm doing. I'll get us out of here", while pointing out peculiar birds and flowers in the wilderness. (click to play video)

When we finally did get out of there, we found out that we had in fact been lost inside The Westwood Woodland Park which was a nature reserve of sorts. 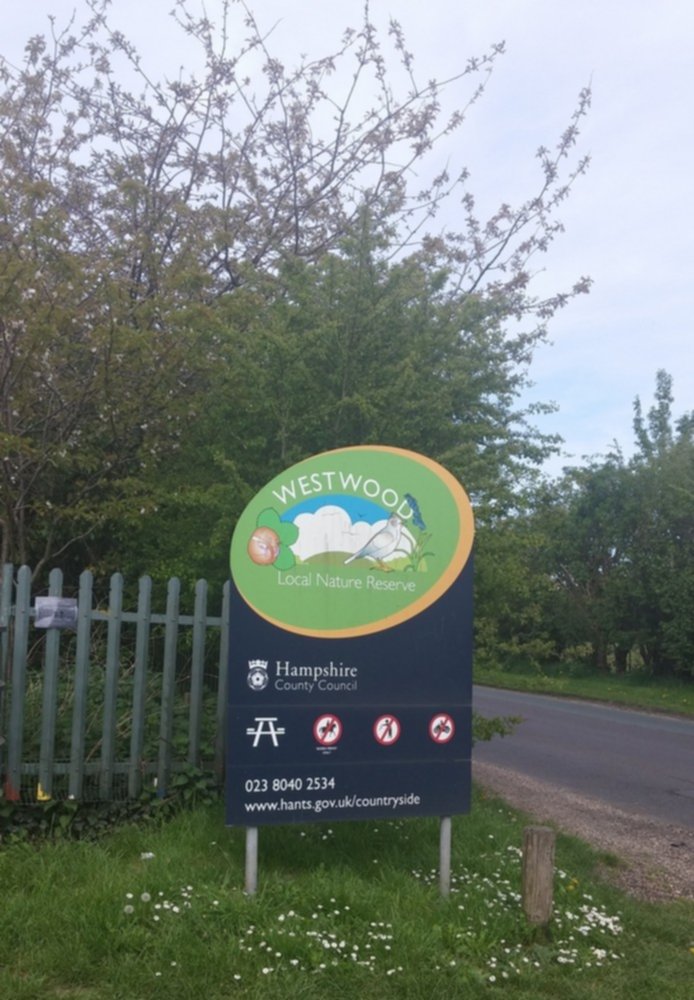 It made me realise that you sometimes end up at places without even planning for things to happen, but they happen anyway, and that's beautiful. I say this a lot, but I've learned time and again, that the best things come your way when you don't take yourself or your surroundings too seriously. It's all good in the end.

So we got out just in time for lunch and right outside the park was a local Fayre and Square which was a huge relief after all the walking and phone dying that was happening prior to it's discovery: 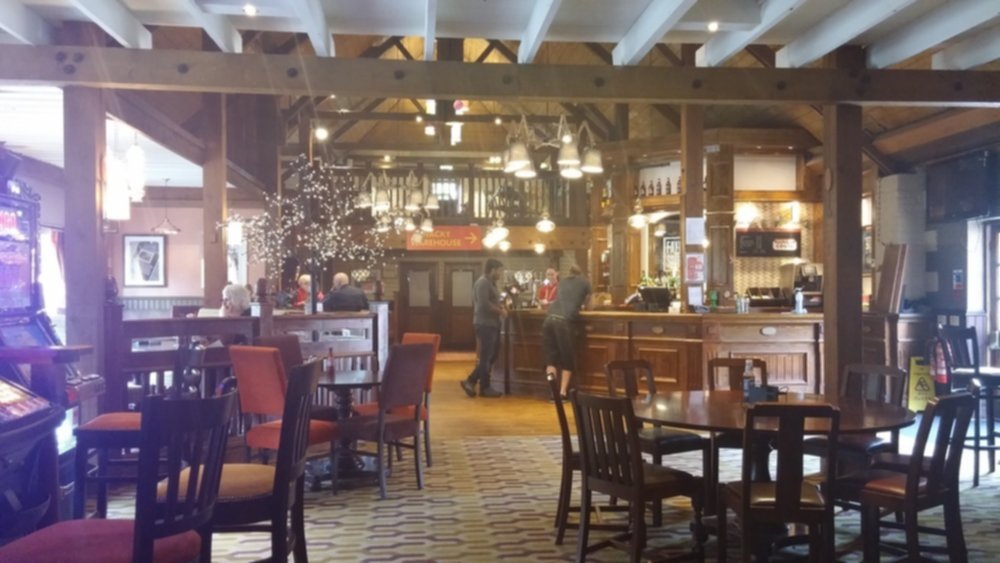 Post lunch, we decided to explore the area around the Netley Castle and little did we know that we were going to be greeted by this view: 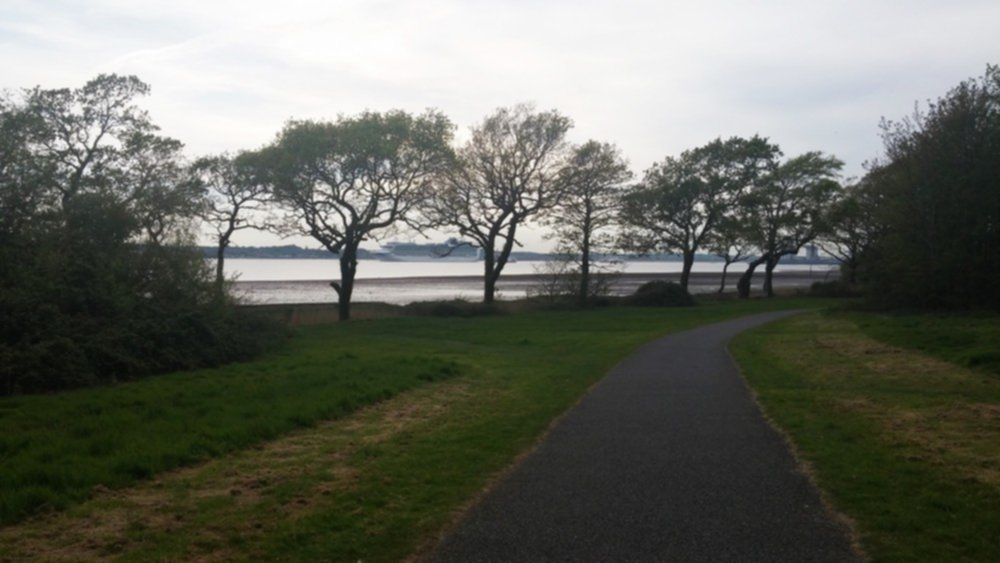 The Husband even picked a flower for me: 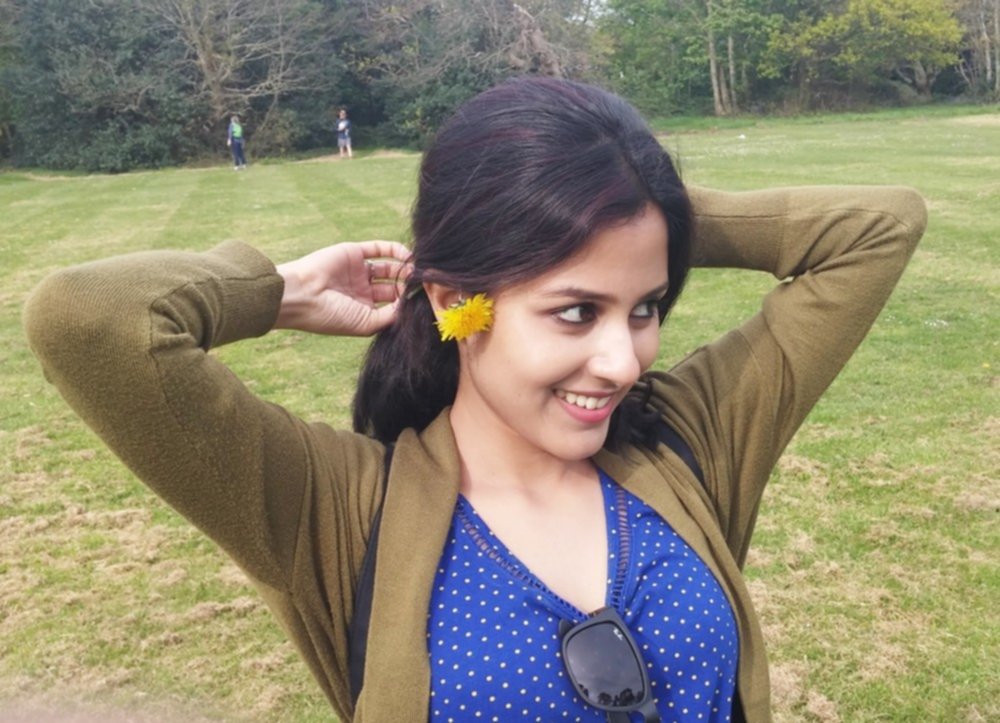 Don't you just want to slap that face?

We found a quiet spot on the grass, with the mellow evening sun shining above, the view of the castle to our left, and the water right ahead: 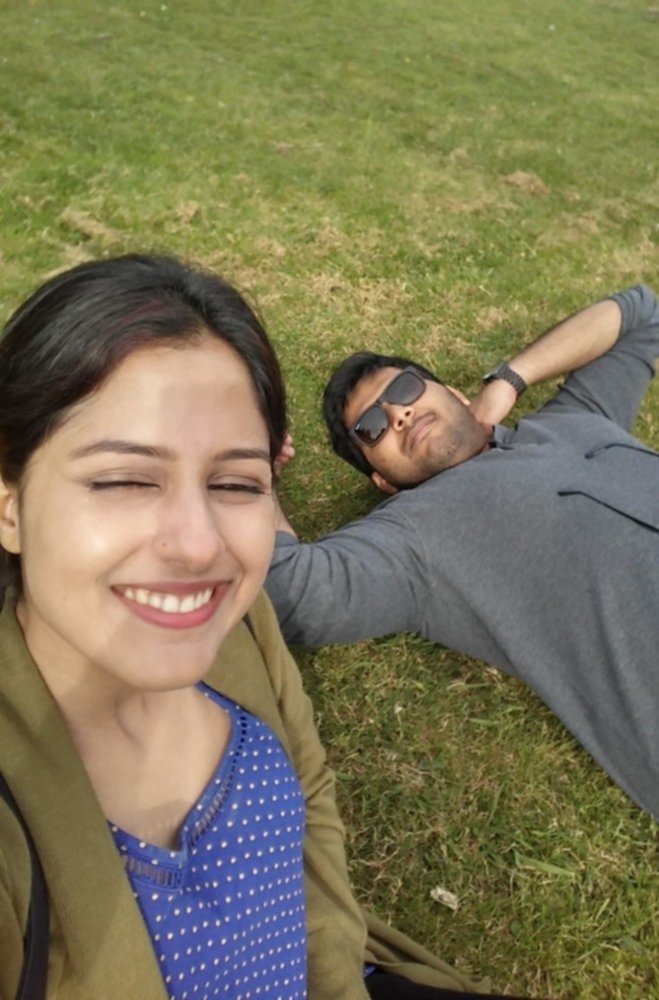 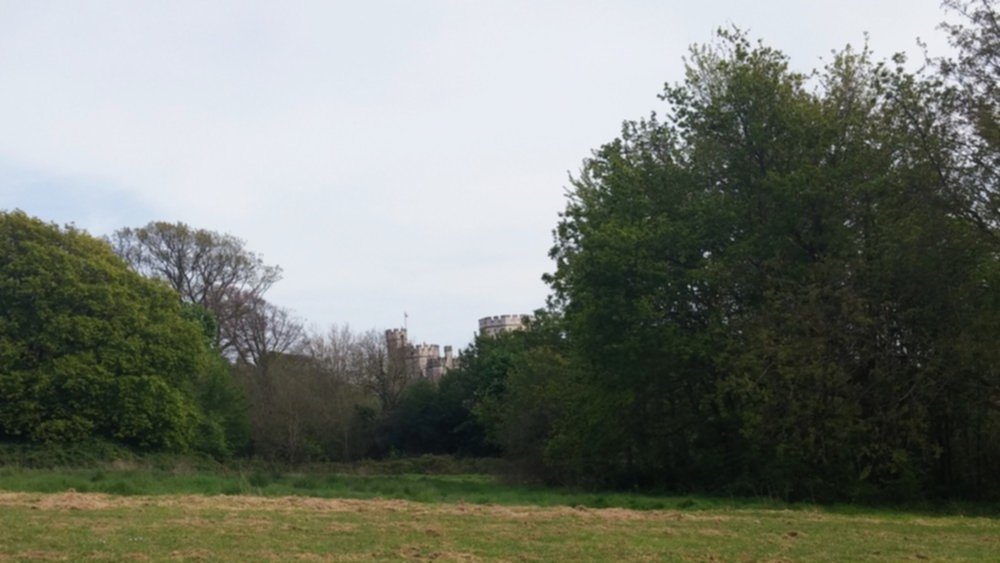 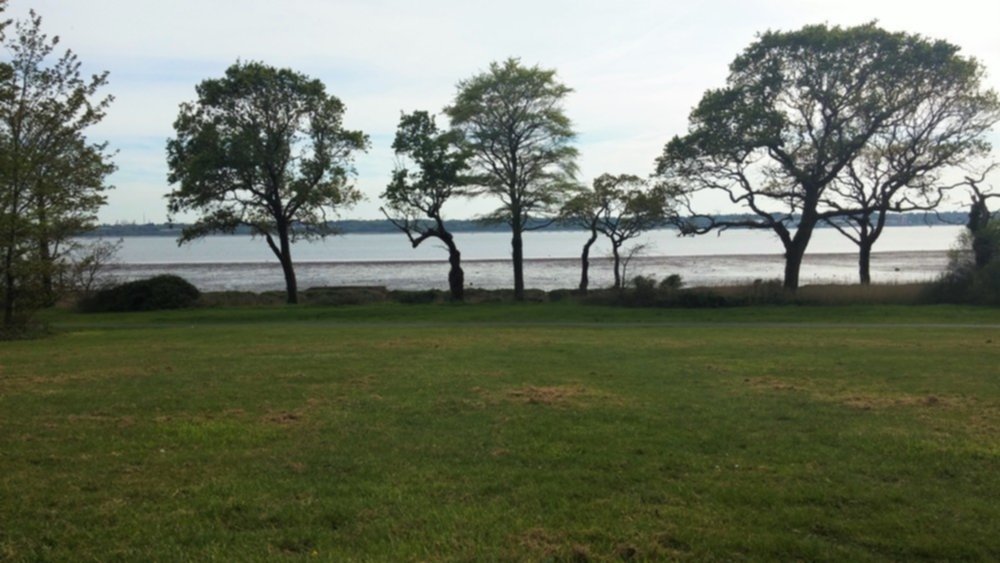 Once we got back to the city, we had dinner at a famous local Malayalee restaurant called Kohinoor of Kerala: 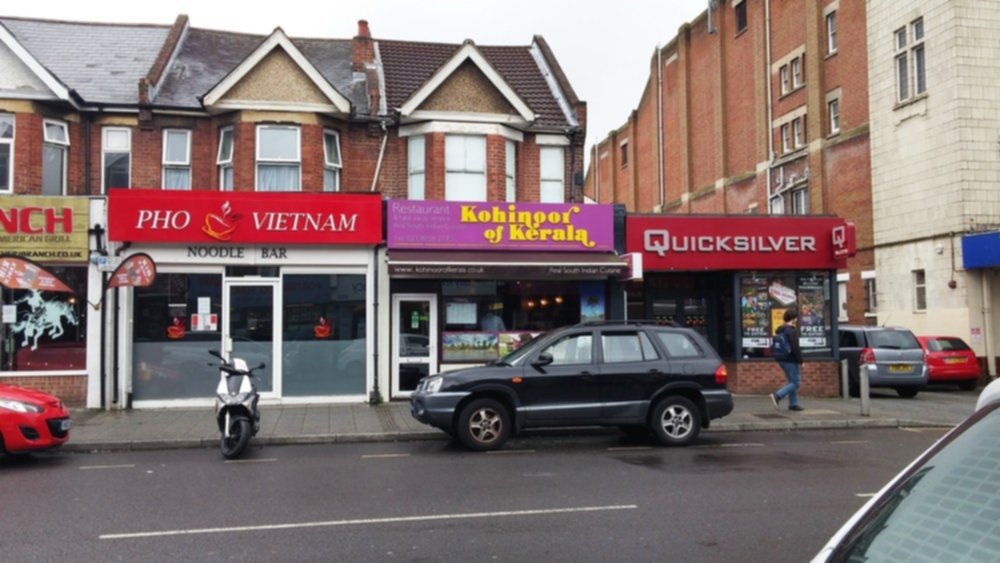 And as Malayalees, we assure you that this place serves good, authentic, tasty Kerala cuisine. Their Kerala Porotta is actual Kerala Porotta as opposed the tortilla wraps that some places try to pass off as a variation of the chapathi. And they do not ruin their dishes by trying to mellow down the level of spice in their food. If you ever visit Southampton, you should definitely check this place out.

Day 3 was quite possibly the best day of our entire trip. It was calm, relaxed and full of surprises. We got to spend a lot of "us time" together, doing things we always wanted to do, which was to simply walk and talk and explore. I know for certain that we're going to open up this particular post from time to time, just to relive all the memories we made on this day :)