Some of the weirdest and craziest conversations I have on an almost daily basis are with The Husband's older brother whom we shall refer to as BIL for convenience. Here's one:

BIL: Who looks better than Shane? My butt or my foot?

Me: What do you want?

BIL: Answer this question. Where do the third genders pee? Right in the middle of the two loos is not the right answer.

Me: In your mouth, dude. Everyone should just pee into your mouth.

BIL: LOL you know what? Shane is so dark that sometimes only his eyes and teeth are visible at night.

Me: Well beneath all of his chest hair covering the chest that has not seen the light of day in years, I've seen some very fair skin.

BIL: No fucking way. I have seen him from the day he was born. I saw him naked wayyy before you did.

Me: Gross. I just realized that many of his firsts were in fact with you. Like the spooning. He told me how you used to spoon him from behind when you slept together as kids and sometimes asks me to spoon him like that! I mean, what the hell? (!)

BIL: Oh yeah. And I used to brush his teeth for him as well.

Me: You actually did that? Why?

BIL: I don't know. Somehow I just ended up with the responsibility of making sure that he brushed his teeth. And he wouldn't stay still so I used to bribe him by saying that I'll let him watch Batman on TV.

BIL: You know what's cuter? I used to lick his hair. All the time.

Me: First of all, ewww. Why? Why would you even do that?

BIL: I still don't have a fucking clue as to why I used to do that. But licking his hair made me very, very happy.

Me: That's just gross but (awww) you were so gay for him, weren't you? You guys used to bathe together as well :D

Me: Okay this is just getting weird. Bye.

So here's a picture just for the heck of it: 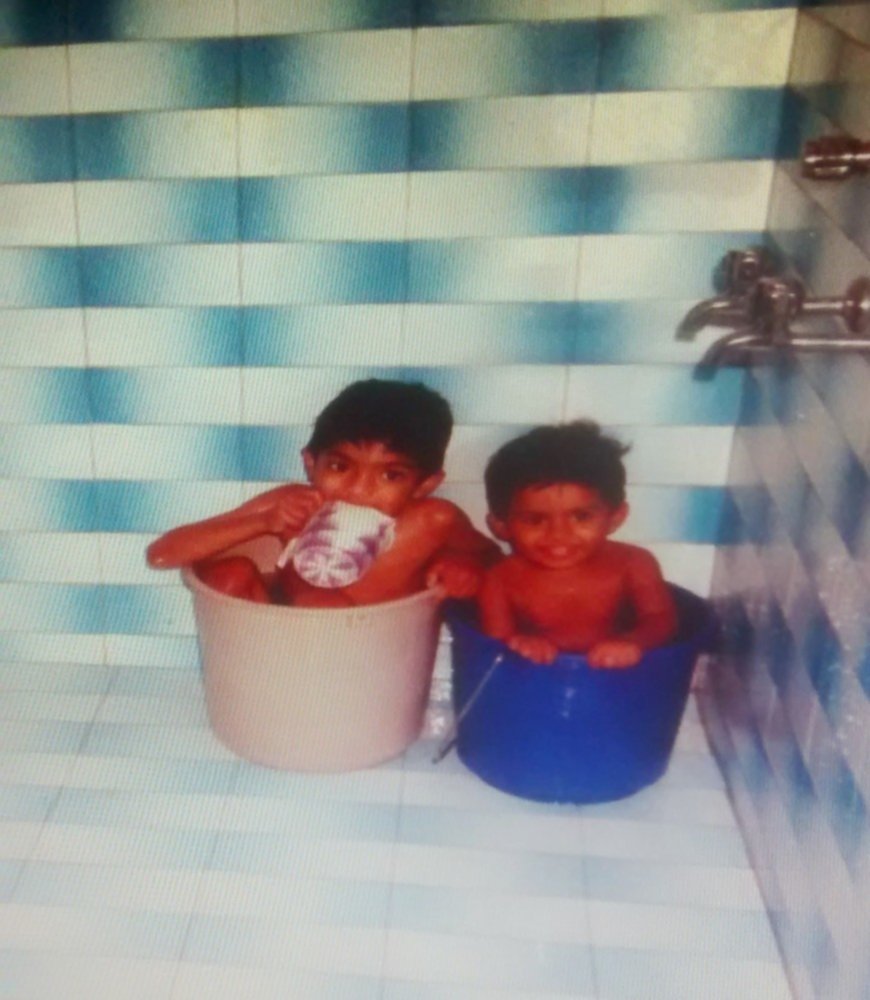