For the past few weeks, my humble attempt to squeeze in a little bit of exercise into my daily routine has been to walk 10,000 steps every evening. It takes me about an hour and half to reach that goal and I try to walk really fast to work up some sweat. It was hard in the beginning but now, I not only do it with ease but I also look forward to this tiny escape from reality every single evening. I listen to a podcast or an audiobook while doing this, and time it in such a way that I reach The Husband's office at the end of my walk and his work-day. Then, we usually walk home together and shop for groceries sometimes because now we can actually try and purchase fresh produce every two days. It was a system that worked and we liked it.

But last weekend, The Husband decided that he wanted to join me on my walks and I was more than happy to have company. In fact, I'd been asking him to join me for a while now. But he wasn't ready to go walking after work because he claimed that he'd be too tired and would just want to get home and relax in front of his...laptop. So I made some tweaks to my routine and squeezed our walks into the morning schedule. The plan was to wake up at 6:45 every morning and walk for an hour and a half. It was a good enough plan. I mean, we're not usually morning people (in fact, we mostly get out of bed at 8:30 am to start our work-days at 10) but we always enjoyed walking together so this was something we were looking forward to. For once in our lives, we weren't dreading the prospect of waking up before 8 a.m.

Now, let's look at last week in the Shankita household. As I mentioned yesterday, I've been working on a secret project that has been keeping me up at nights. Especially the whole of last week, I've been going to bed at around 4 a.m every single day. There have been times when we'd suddenly realise at 1 a.m that "Oh, shit! We forgot to have dinner!" so we'd fry some eggs and get right back to work. On Sunday, I did our laundry and heard the timer go off at around 8 p.m. I intended to tend to it "right after I type this one sentence out" and SURPRIIIIIIIIISE! I forgot all about it. In fact, I only remembered at 1 a.m when I got up to fry some eggs. So you get the idea. Things were pretty bad and I was suffering from a serious bout of pregnancy brain (if there is such a thing) because I'm in the process of giving birth to my new baby.

It was during this week that we made plans to start waking up at 6:45 a.m (starting yesterday) to squeeze in our daily walks. I woke up before The Husband as soon as the alarm went off and headed straight to the bathroom. While I was brushing my teeth I was paid a visit by a familiar feeling, a long lost friend. I knew that if I didn't sit down immediately, I was going to throw up. So I staggered back to the bedroom and sat on his side of the bed while I tried to will my body to "get over it already!". I knew exactly what this was, it had happened way too many times in the past. I could see strange black and grey floaters in front of my eyes and I knew I had almost fainted in there. The walk didn't happen yesterday morning. I still woke up before 8 a.m and published my post for the day before my usual publishing time. I drank a lot of water, had a protein-rich breakfast and felt really good the whole day. The plan was to walk in the evening after The Husband got out of work. The plan was to climb up Calton Hill where The Bromance once lost his shit with us. The plan was to finally get those 10,000 steps in for the day. But as we were climbing up the hill, I went out of breath within the first few minutes. I can't even begin to explain how unusual this is because by now, my body had more stamina and getting through the first half hour was usually a piece of cake. But I was completely out of breath and the same feeling from the morning was returning. Again, I knew I had to sit down. And that's exactly what we did.

The Husband and I spent last evening sitting under a tree, playing with wildflowers and weeds and just talking. It felt like we were having a proper conversation after ages. And it felt really good. 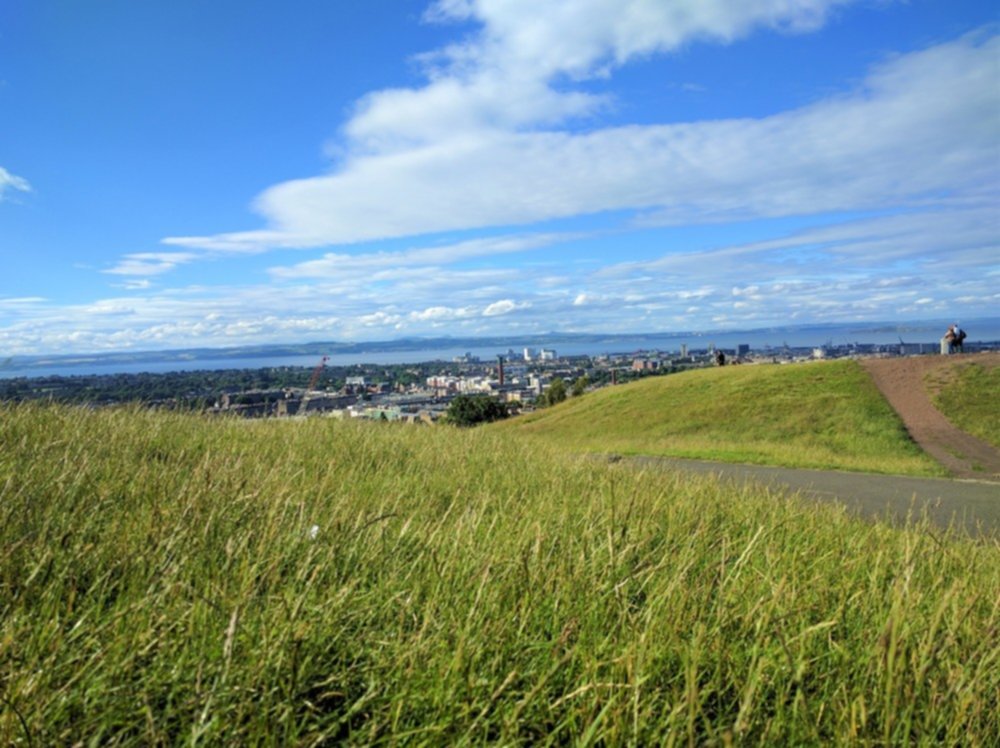 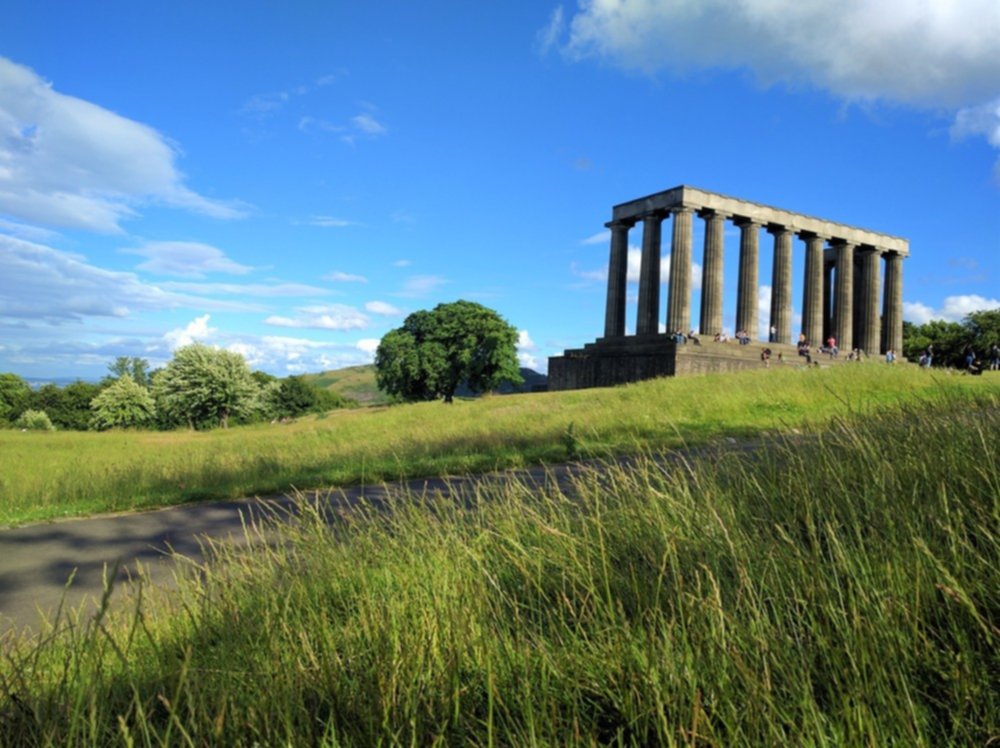 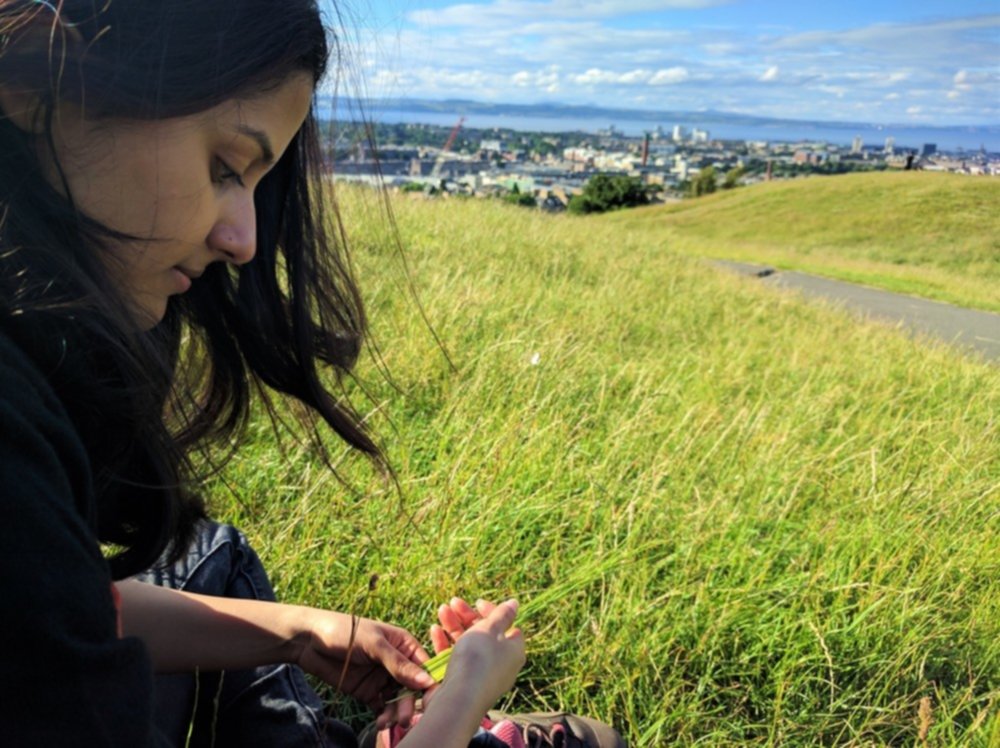 He even plucked some weeds from the ground, trimmed them and turned them into twigs and then presented them to me in a bunch. How romantic. And being the cheesy people that we are, we saved them in our Box of Memories. Oh, you read that right. We have one of those. 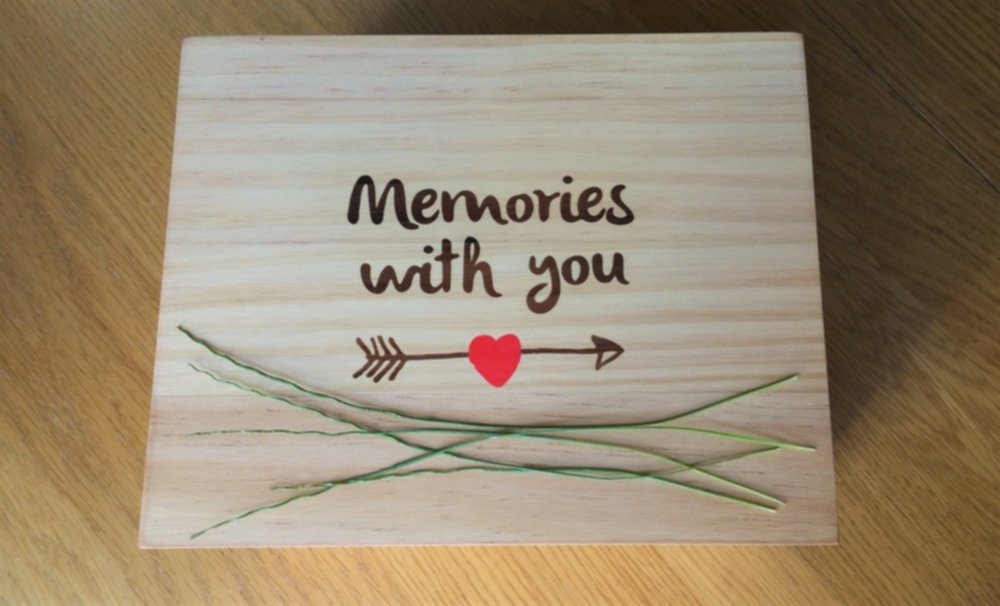 But once we got back and had dinner, I decided that it was time to get right back to work. Except my body decided that enough was enough and shut down completely. I couldn't function. I couldn't even keep my eyes open. So last night, I went to bed at 8 p.m without any fuss. It was still light outside (because Scotland), and I didn't have my furnace in bed for company. But there was no fuss whatsoever. I slept like a baby for almost 12 whole hours and woke up feeling like a different person. And the reason I wrote this long post is that I learned a very valuable lesson yesterday - always listen to your body. You think you know what you're doing, but your body knows better. And be ye not so stooopid. Always, always ALWAYS listen to your body.

On that note, have a happy and healthy Tuesday, you guys!