Sorry for being M.I.A lately, but Christmas at 22 Nelson Street turned out to be waayyyyy more eventful than we'd planned. First of all, we were too busy burning our chicken (but more on that later). I got so tied up with our Christmas festivities that I forgot to post my Christmas wish for all you guys on the blog. No worries, I'll post it now, 3 days post the-day: 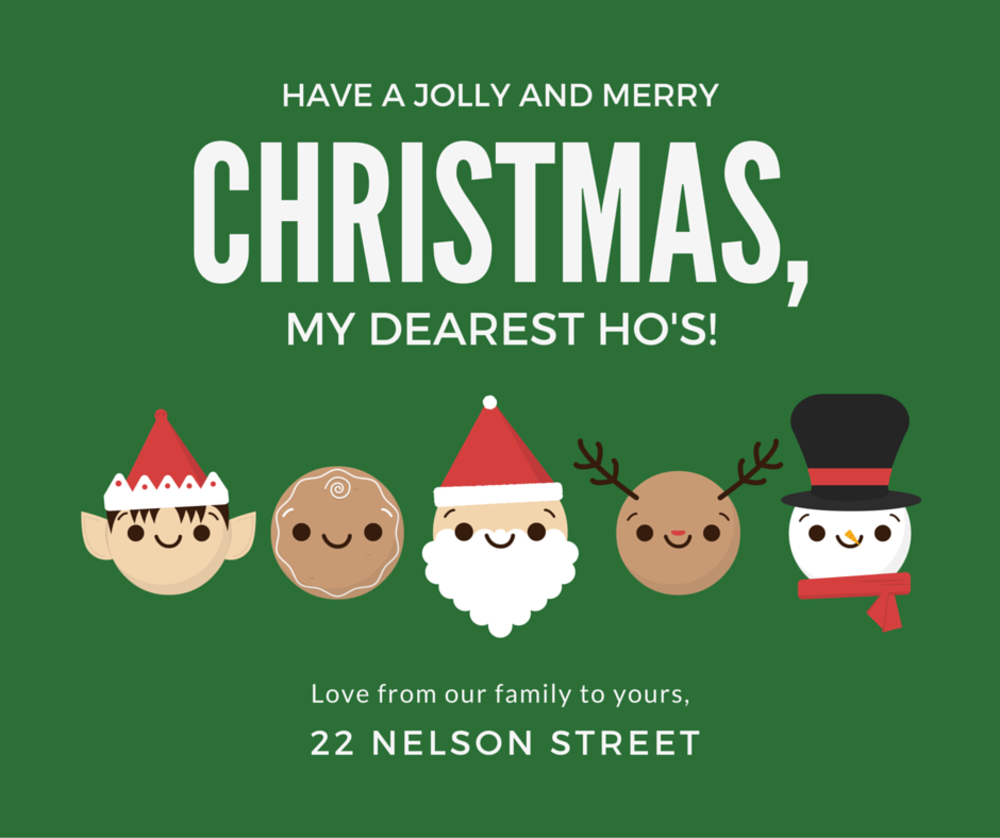 Speaking of the-day, we cooked at our friend's massive kitchen because the kitchen at 22 Nelson Street, like most other things here (including the wife) is too tiny, and can't fit 5 full grown adults who intended to show off their individual cooking skills. So we ended up cooking chicken, chicken, and more chicken this Christmas (two of those chicken dishes had alcohol in them and I was like, "Whaaaaaa? This is the best Christmas evaaaaaaa!"). And only my chickins got burnt because you know, I forgot about it and it stayed in the oven for a long, long time, in a galaxy far, far away. Wait. Too much happening in my life right now. By the way, WHAT IS UP with the new Star Wars movie!!!!! It was so nerdgasmic that it inspired me to do a full Star Wars marathon the way good ol' Lucas intended, starting from Episode 1 to 6 this time! (It's a trap. Don't do it.)

Anyway, our Chicken-filled Christmas dinner that started out with good old fashioned classy wine, ended with shot after shot of the tequila that should have gone into the tequila chicken (I later learned that a lot of it did go into the chicken), exchanging all the swear words there are in Greek and Malayalam, watching a Bollywood movie, playing Cards Against Humanity (I don't remember a thing), and dancing to really cool Bollywood music (Hangama ho gaya, ah ah ah ah, Hangamaaaaaaa). I ended up with three huge bruises on my left leg and if I didn't know any better, I'd be convinced that I had been a victim of domestic violence. It looks really, really bad. WHAT DID YOU DO TO ME, SHANE, YOU PIG?!?

All said and done, the best thing about my Christmas was the e-mails, comments and messages I received from some of you guys. I love talking to all of you and thank you so much for all the wishes. Here's a big bear hug and many prayers for a joyful New Year, from my family to yours. And speaking of messages, one of you asked me a question that I would love to answer here. A question that got me thinking. And if it hadn't been for you, I wouldn't have even realized that I'd been following a pattern in my writing. The question was, "Why are all of your female characters so strong? They seem slightly removed from reality".

First of all, let me start by telling you that I don't think all of them can be called strong. But I have noticed the appearance of at least one strong female character in each and every one of these stories. There's at least one woman in there who struggles to gain control over her life, faces her problems head on, and comes out fully in charge of everything around her. This was never intentional. And this pattern in my story-telling can change with time. But to answer your question, here's why: These stories are based on real women. Women I know. Women who actually exist in my world and continue to inspire me.

So here's a shout-out to the women I know:

Here's to all those incredible women who did simple, yet remarkable things. These are the women I have known all my life, and loved for many years. And without even realizing it, I become them through the stories I write.

Hence my answer to "Why Strong Women?":

If you knew these women, and are as (involuntarily) observant as I am, they'd creep into your existence too. And all the stories you'd write would be about them too.