It's about time I explained why I chose this name (of all the names I could have gone with) for the blog. This calls for story-time! Warning: this one's going to be long(ish).

It all started some 4 and a half years ago when two equally depraved people who had known each other (almost) forever but had never spoken more than two sentences to each other (yes, and I still remember what those exact two sentences were), suddenly started talking and something clicked. The rest is history (nope, still going to force you to read all about it). Exactly four years later, they decided to make it official and move in together. Except that's not how it works in India. So they made it even more official and tolerated comments like, "I personally feel that you're too young to get married" from self proclaimed lifestyle experts who always know the right time to do everything. To all of them, they said, "We personally feel that the only difference between your opinion and our coffee is that we asked for coffee" (Inspiration: this pin). No, just kidding. This couple always chose to avoid conflict and has hardly ever made grown-ass men and women cry themselves to sleep :) By now you should have guessed that I was talking about me and Shane.

We knew we were moving in together. But moving in where? Then started the house hunting process and the only criterion was the house's proximity to The Husband's office because we're lazy and like to stay in bed till 9 a.m. every morning. And believe it or not, he still gets to work at 10 a.m after taking a shower and having a full breakfast (did I mention that he walks to work?). My chest was threatening to explode with pride while I was typing that last sentence. Anyway, long story short, we found a perfect little apartment in New Town, Edinburgh that matched the one criterion we had in mind. Nothing else mattered, really.

So let me interest you with some fun facts about 22 Nelson Street that made it worthy of getting a whole blog named after it: 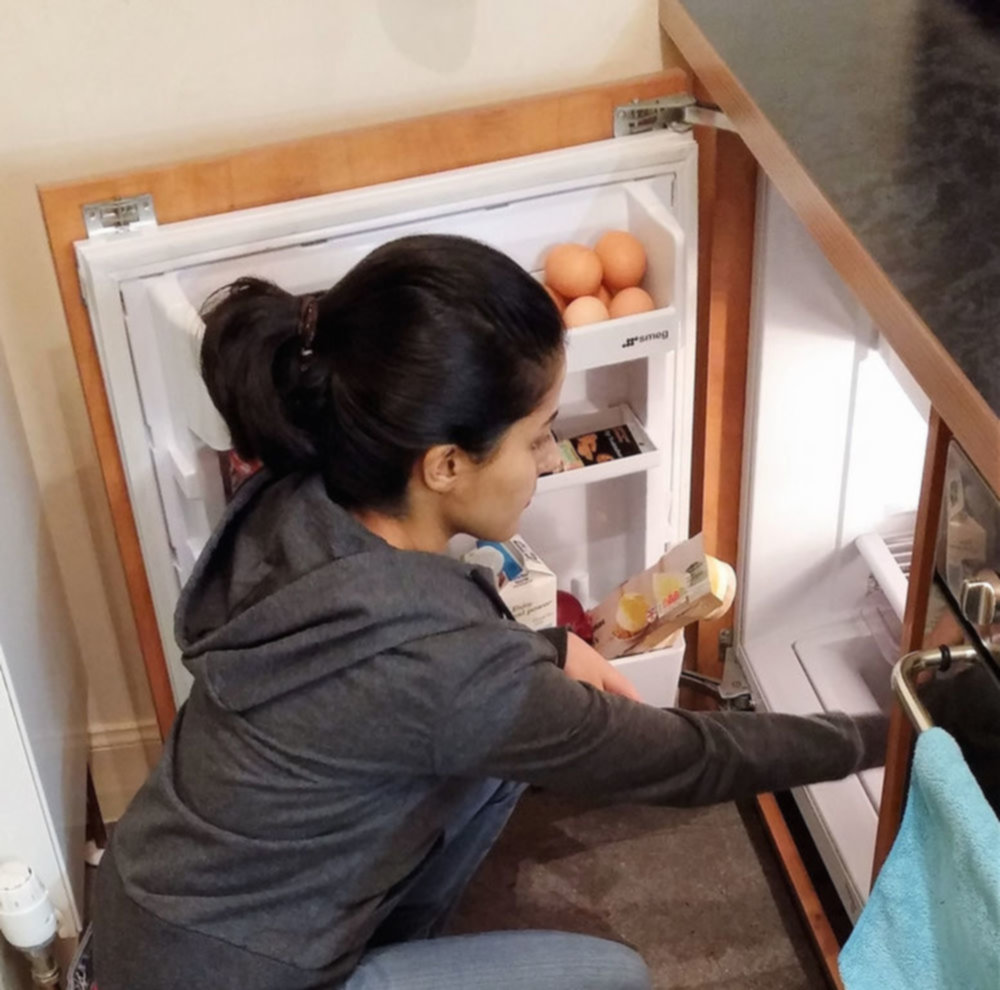 "Why are you taking a picture of me while I'm squatting, you creep?": 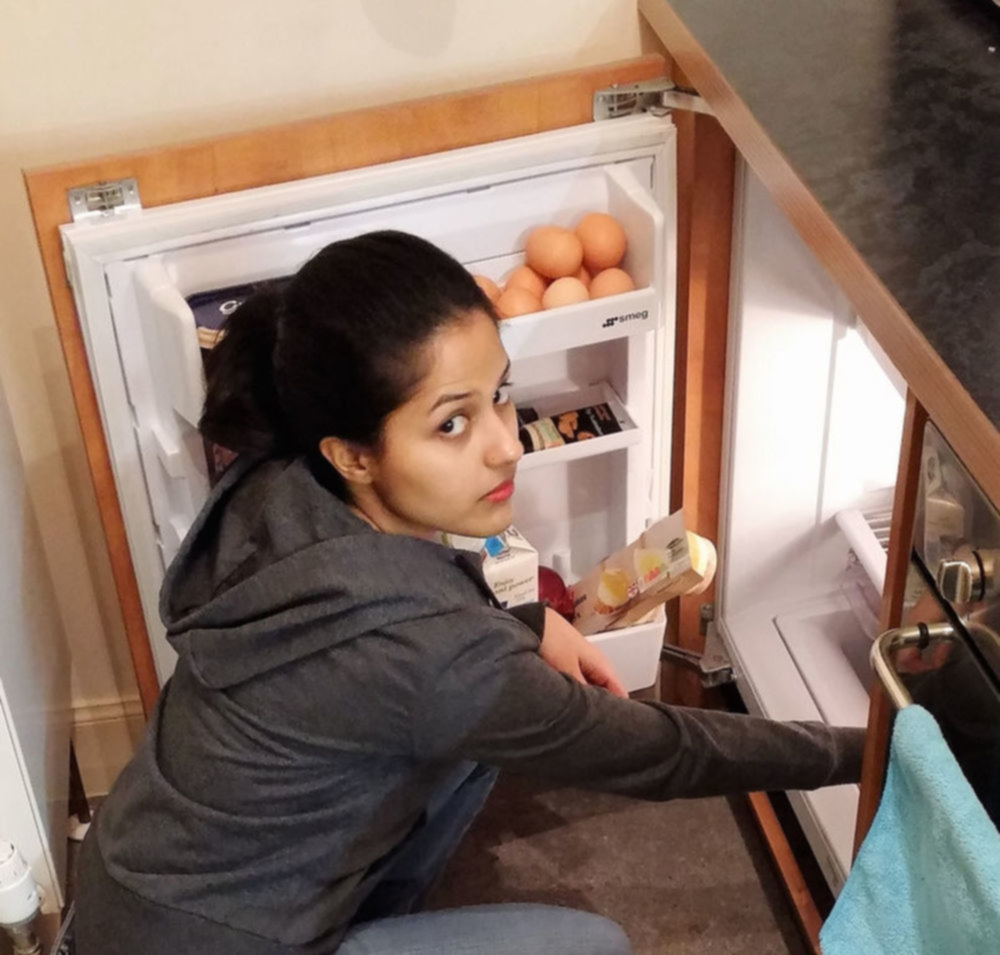 "Don't flatter yourself, honey! I was trying to take a picture of how embarrassingly small our fridge is."

"Oh cool. Let me stand right next to it so that you have my (barely) five foot tall body for scale": 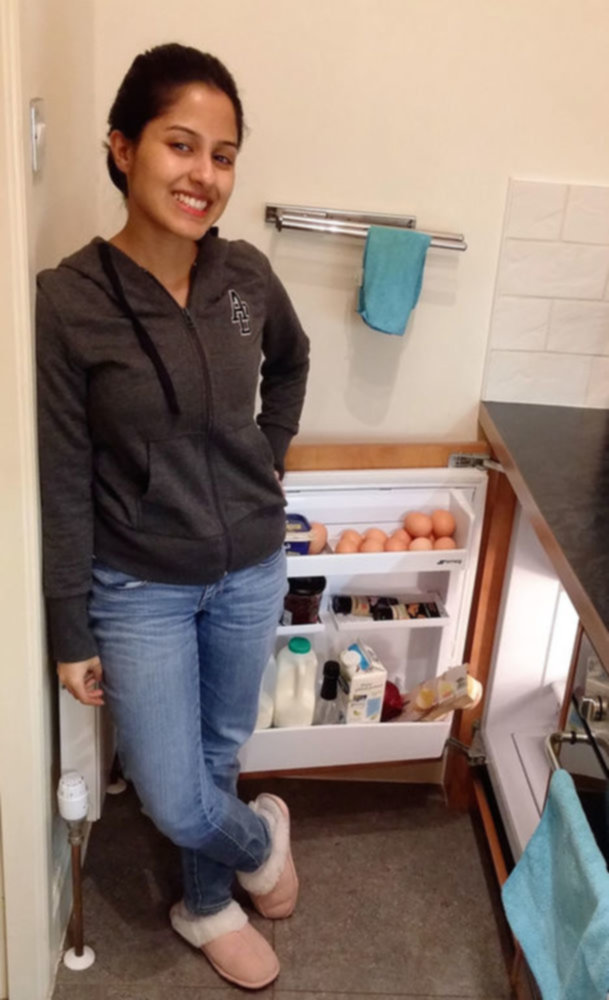 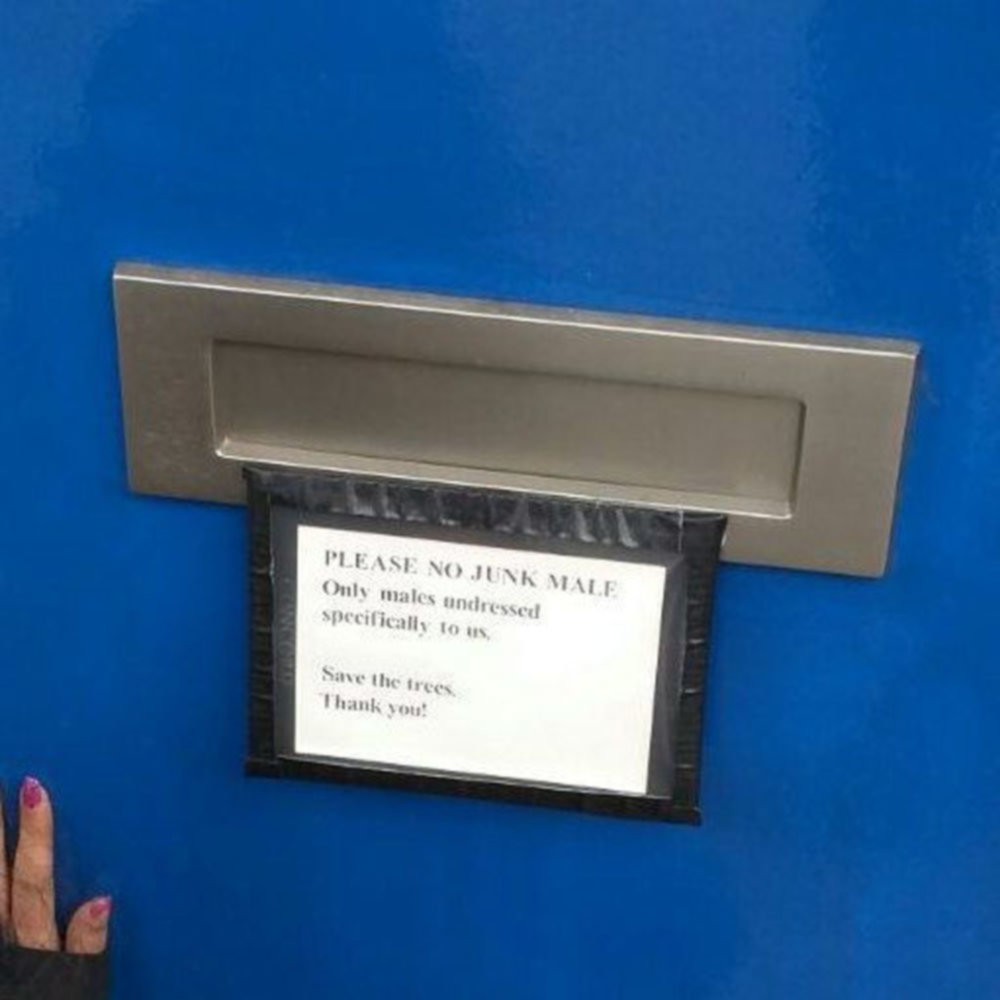 So here's my explanation:

22 Nelson Street fit the one criterion we took into account for our first home. And it fit that criterion perfectly. It came with one pro and a shit-ton of cons. None of our friends would agree to live here and if we knew any better and actually inspected the house well before taking it, we probably wouldn't either. But for all it's flaws, this is our first home together. And this is the happiest home either of us have ever lived in. I will cherish the memories we have made (and will continue to make) in this tiny little apartment for as long as I'm alive. And that's why it was special enough for this blog to be named after it.

Finally, here's a picture of The Husband after he kicked me out of the couch and claimed it all for himself: 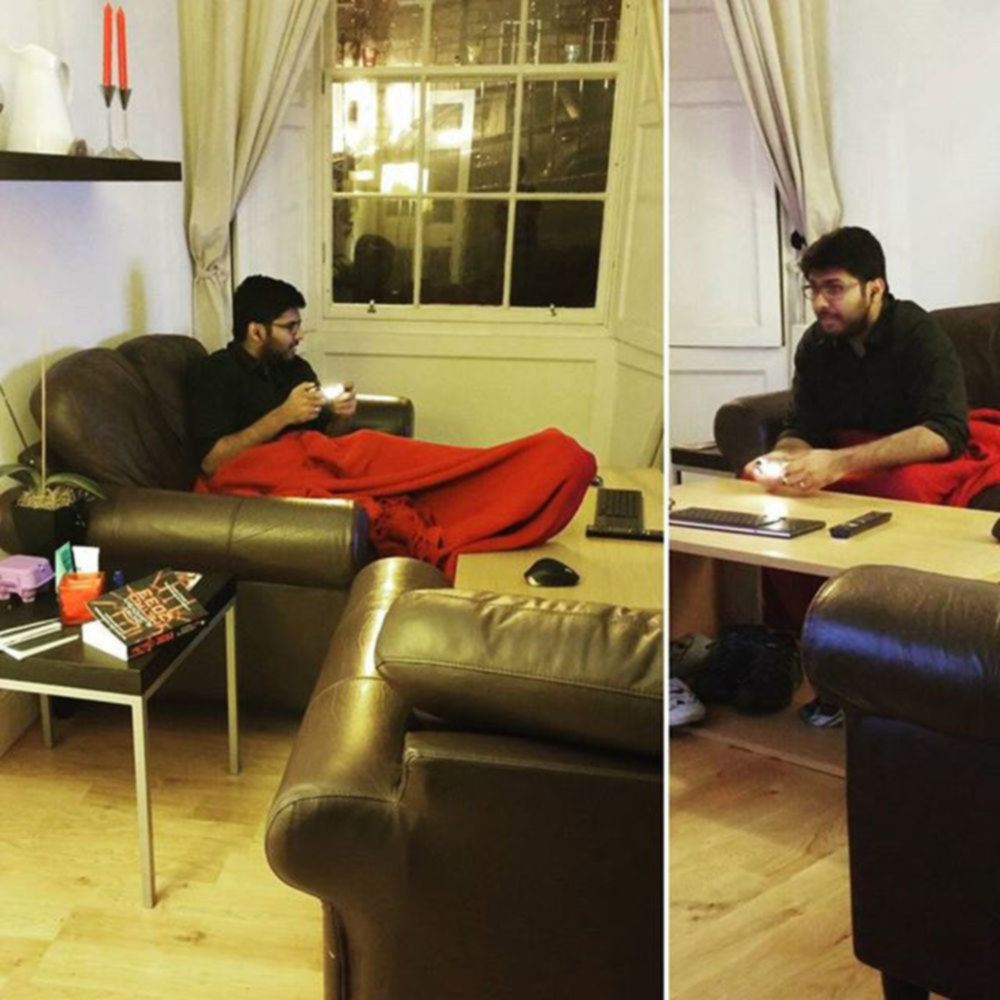 Disclaimer: We understand that the root cause of most of our problems with the house is our laziness. Laziness in general defines Shankita. And Shankita do not intend to stop being lazy. Ever. Thank you.