More than a few months ago, The Husband spent hours researching and selecting every tiny screw and nut of his PC. In essence, he built that thing from scratch *rolls eyes*, brought it home, pulled everything apart (whyyy?????), and put everything back together himself. Don't believe me? Check these out then: 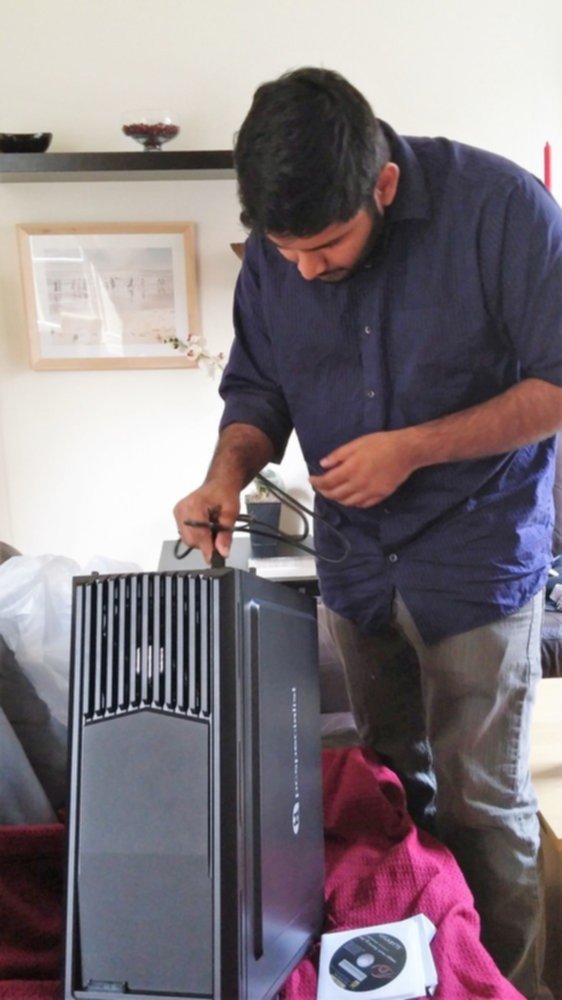 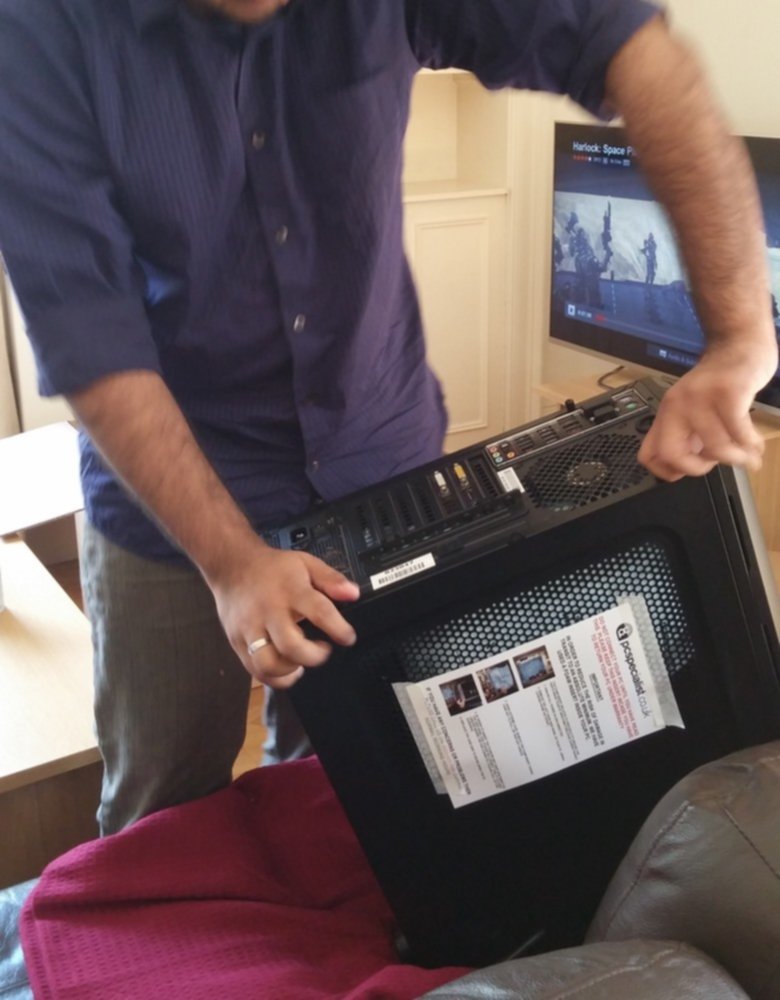 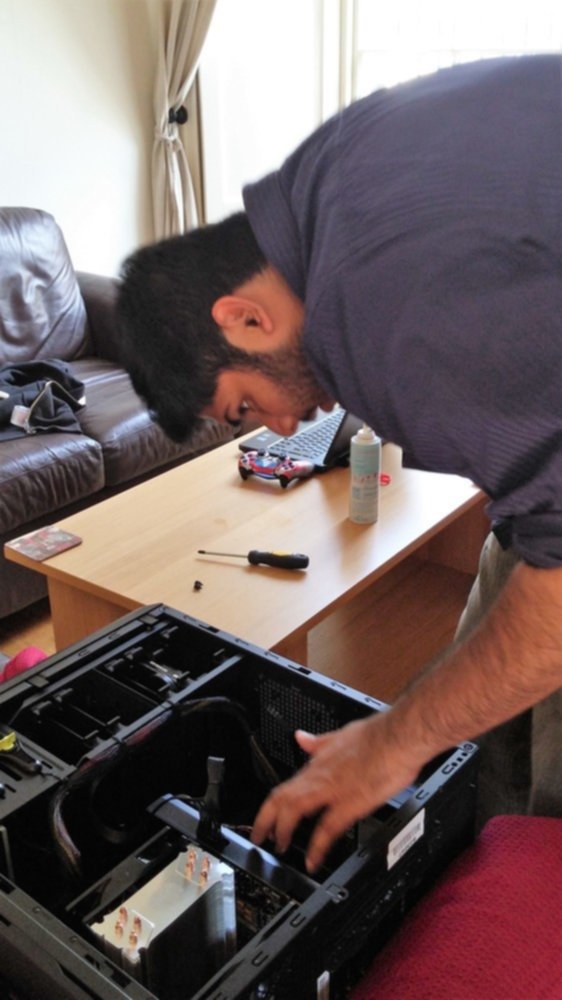 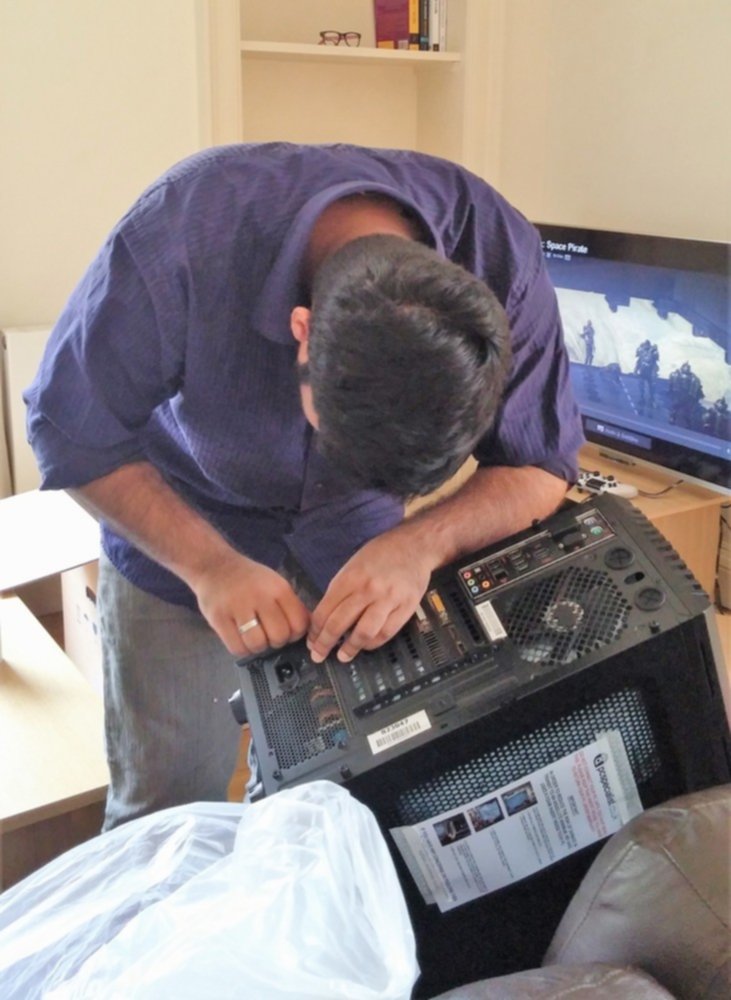 I honestly can't roll my eyes any further than this. I may have seen my medulla fucking oblongata while all this was happening. And since he sold my soul to the devil to pay for this machine, he asked me to do the honors and name the thing. Apparently, naming the machine is a big deal because you know.......... I truly wish I cared. That's when I got it. We were going to connect the thing to our TV anyway because then we'd be able to look down on the folks who just have Netflix 'cos we have Netflix and a PC so we get to watch EVERYTHING on our TV (you're lucky I didn't say "Netflix and PC(hill)" because sometimes I'm the only one who laughs this hard at my own jokes). So I went ahead and called the thing Steve. So that makes our TV Stevey. And The Husband groaned in pain. And although Joey was the first one to call his TV Stevey for no reason other than the fact that it rhymes, I found a legit reason to call our TV Stevey and couldn't be more proud of myself.

A few months later, when I turned it on, Stevey refused to boot up and started flashing a red light at me 6-8 times. The minute The Husband entered the room, he (Stevey) decided to behave and started working properly. But that didn't end there. We had this ongoing trouble with Stevey for a while and it got to a stage where even we had to finally snap out of our laziness and call "the guys" to fix it. They said they would send engineers to our house to check if we had poured water on Stevey or something (WTF?) and then they would fix it.

Now let's go back to last Thursday. I can sometimes be the laziest person I know but last Thursday, I broke all my personal records of being lazy and refused to shower or get out of my seat on my desk for an entire duration of 8 hours. I updated the blog, caught up on some work, and completely geeked out by spending the whole time reading online and watching Ted Talks. When The Husband saw me in the evening, he couldn't hide his sense of pride. Dishes starting from breakfast hadn't been cleared away from the table, everything (including myself) looked like a mess and he said, "Niiiice! So you're not uptight any more! Live it up for one day, womaaaan!". He forbade me from cleaning up and we ordered food and I decided to listen to him and "live it up" for that one day. I even threw a can of coke on the floor after gulping it down because I was "living it up".

The next morning, as a continuation of the "living it up" swag, I decided to sleep in and not make breakfast. "Let's have cereal today" followed by shrug and meh. So when our intercom rang, I was pissed off and quite certain that it was meant for our next door neighbours. When they told me that they were the engineers from blah blah blah, "here to take a look at your TV", I just disconnected the intercom and took one last look at my apartment. I knew that I could do nothing to save it or myself at this stage. They came in and saw the mess of a person who occupies this mess of an apartment. I remember mumbling an apology and cringed at the sight of that can of coke that they had to kick away from Stevey to have a look at it. One of them was cheerful and kind but the other guy looked like I had asked him for his firstborn child. So I just cringed and cringed and cringed.

The minute The Husband got out of the shower, I disappeared without an apology and refused to come out of the room till they disappeared with Stevey. So that was it. I didn't even get to say goodbye to Stevey because we were busy "living it up" and completely forgot about the visit from the TV place. Anyway, this whole incident has taught me a very important lesson. With technology and Wifi and laptops and everything, it's totally possible to live your life on your bed. With no Stevey, we didn't even get a chance to have a look at the rest of the apartment. Two laptops + one charger + WiFi + some takeaway = a wonderful life on a bed. Amen.