I miss my Bubzy. Bubzy (n) is the term Meenal uses to address anything cute and cuddly. So in her dictionary, all kids starting from newborns to pre-teens, dogs of all ages, and adult humans that she loves are bubzies. Her goal in life is to give birth to her own Bubzy cricket and football squad in the future. She's going to name them Bubzy 1, Bubzy 2, Bubzy 3 etc because it's going to be too hard to remember all those names. But she wants one of her kids (just ONE) to join some form of armed forces so that she can call him/her Officer Bubzy. Anyway, before all the future Bubzies come into the picture, I only have one Bubzy to cherish and love for the time being. And I wish she lived close by. I miss my Bubzy and her cute Bubzy smile.

Bubzy (n) is the term Meenal uses to address anything cute and cuddly. So in her dictionary, all kids starting from newborns to pre-teens, dogs of all ages, and adult humans that she loves are bubzies.

Today, I'm going to share a story that some of you might already be familiar with. I'm certain, however, that I've never had the chance to sit down and write about it in detail.

In April 2014, a young man by the name of Wambugu from a tiny village called Nyahururu in Kenya ran a half marathon in Pardubice, Czech Republic. This was something he did often in order to raise money to support the twelve orphans both he and his wife Stella had taken in back in 2004. 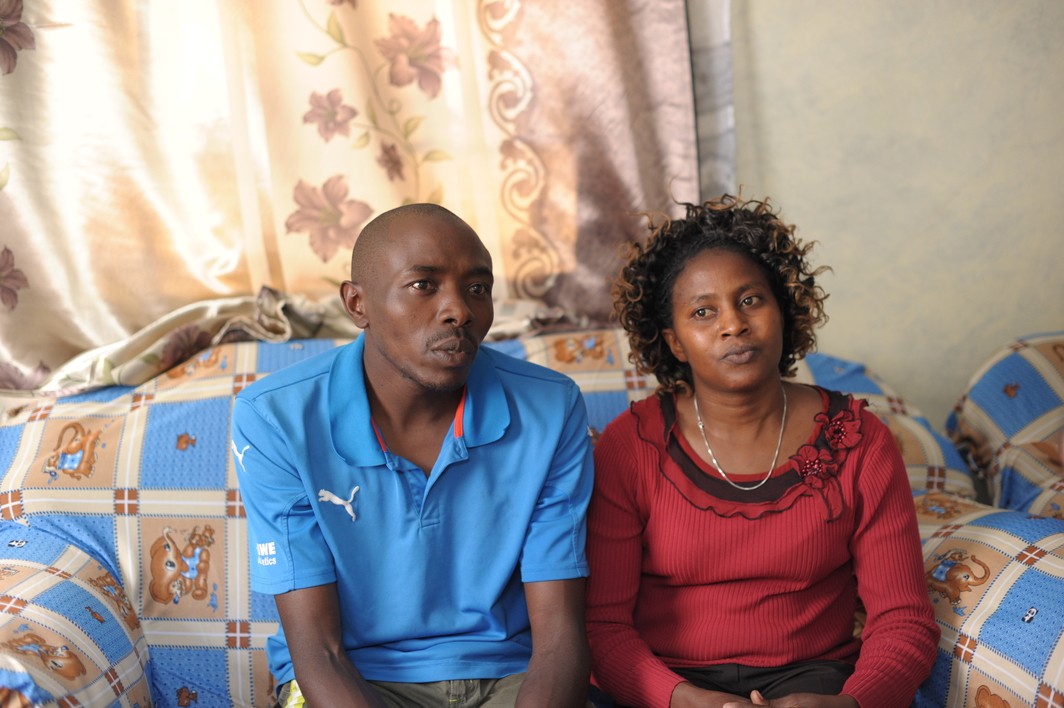 These kids have mostly lost their parents to HIV/AIDS. Some have grandparents in the village who themselves are struggling against poverty while others have no one to call their own. Being able to go to school and receive an education is their dream. But to get there, they have to first of all survive. 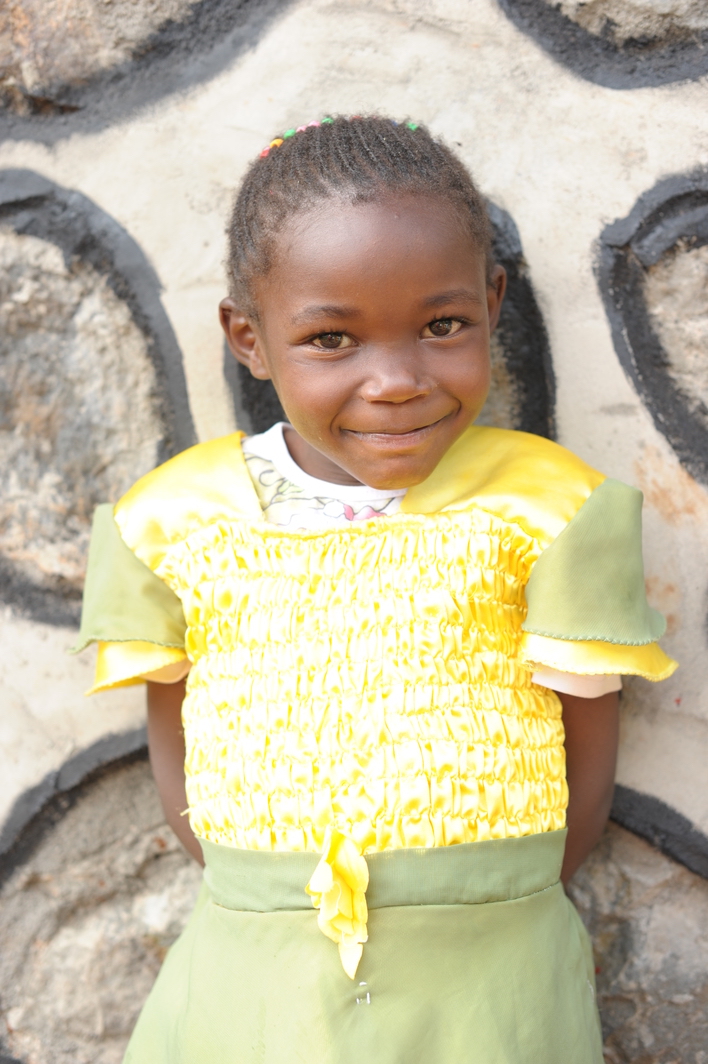 They suffer from a range of diseases owing to their malnourished childhoods and the lack of availability of clean drinking water. As soon as Wambugu saves enough to ensure clean water or even school fees for a semester, chances are that the delicate scale will be tipped over by just one child's tonsillitis. This has been an ongoing struggle both he and Stella have faced over the years, slowly coming to terms with the unfortunate reality that the money they raise by running marathons and holding on to odd jobs is not going to be enough to support these little children.

Back in 2008, the couple built a home for these orphans using up all their savings but in 2014, right before Wambugu ran that half marathon in Pardubice, the local authorities in his village took it down as the building was not constructed as per the correct government regulations. All of a sudden, these children were once again homeless. Wambugu and Stella opened their home up to a few of them, convinced their own relatives to take in some kids, and had to face the reality of sending some others back to their own poor distant relatives.

Thankfully for Wambugu (and the kids), that's the year he met Meenal who was herself running the half-marathon at Pardubice. That same year, she set up the Alt Cricket Foundation with Nishant Joshi whom you might remember from the interview we conducted on the podcast.

Over the years, Meenal has run multiple fundraisers for the charity both at her university and outside. She's run marathons herself to raise money and has also collected clothes, books, and donations for these children. She has not been able to be there for them physically but in her heart, these twelve kids are her own Bubzies, her own children that she works day and night to support. You can meet all twelve of them here and read their individual stories.

In order to have a more sustainable system for the future, Meenal's parents funded a chicken farm for these kids, one where they can raise their own chickens and generate some income by selling eggs. 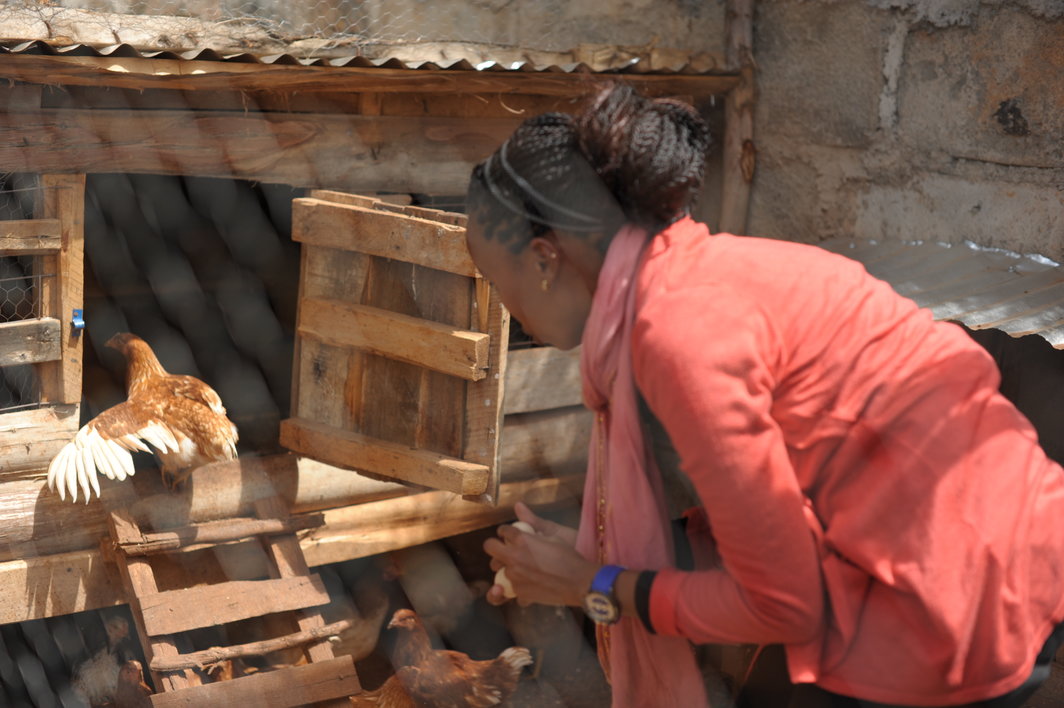 But it'll be a few more months before everything starts flowing smoothly. In the meantime, we've been struggling to keep them healthy and send them to school.

In 2016, we were successful in sending each of these children to school every day despite occasional threats from school authorities to kick them out due to delays in the payment of fees. We even managed to throw them a little Christmas party by treating them to some Victoria sponge cake and fizzy drinks. It cost just about £5 per child but it still made us think whether or not it was an unnecessary expenditure considering how even that amount would eat into their school and medical funds. As you can imagine, funds are limited and we're struggling to make ends meet.

We hope that this year will be a lot better. School has just started for them this month and we've managed to pay some of their fees but our children still lack resources like notebooks and pens. Just as we were getting ready to fund these items, Meenal received a phone call at 2 a.m last week - a few of our children had fallen ill. Three of them fell prey to chicken pox and one suffered from life threatening pneumonia. To add to that, just this weekend, another child got tonsillitis and had to be rushed to the hospital. Being on the other side of the world, the only support we can provide right now is financial and even that has turned out to be a huge struggle over the past few weeks with these unforeseen hospital visits.

So in a way, we're back to square one and our children desperately need your help.

In a nutshell, here's what the kids need this year (in GBP):

If you could fund even a single meal for a single child, we would be eternally grateful. 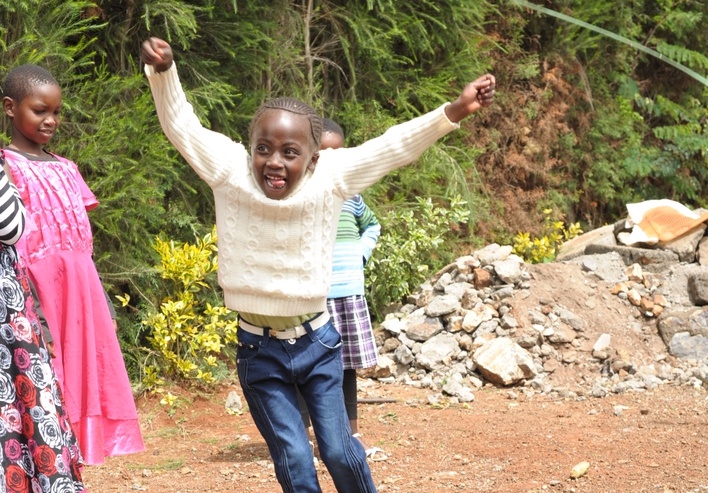 You can do so directly here:

Or by visiting the official Alt Cricket Foundation website.

You can either pay through PayPal or with a Credit Card.

Also, every time you "Buy me a Coffee", an option at the bottom of each blog post on this website, the proceeds go directly to the Alt Cricket Foundation.

The Alt Cricket Foundation is an official registered charity in Gibraltar: No. 282