Looks like The Husband painted quite the word picture about our little birthday weekend getaway with yesterday's post. That post is now one of my favourites too. But since he did my job for me, all I have left to do is share the rest of it. A bunch of interesting pics and a few random incidents that he left out to mention is what I have to offer today.

We got 2 hours of sleep on Thursday night and by the time we reached our accommodation at 9 a.m on Friday, we were pretty spent. So we decided to take a nap before going hunting for food. We took the best nap ever as that mattress was the comfiest thing on the planet. And once we got out, we went straight to North Laine which was one of the top priority places I wanted to visit while I was there. 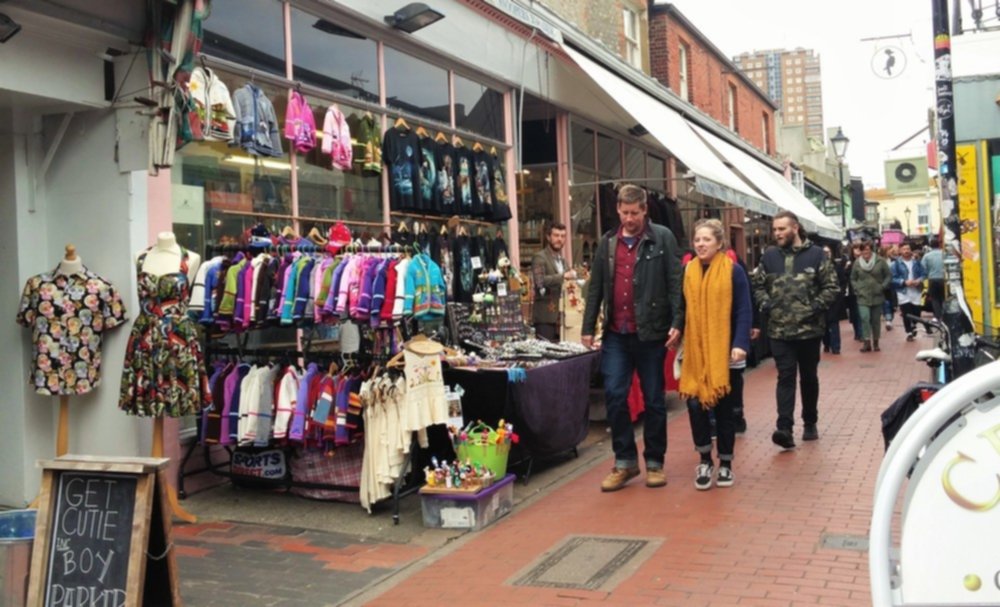 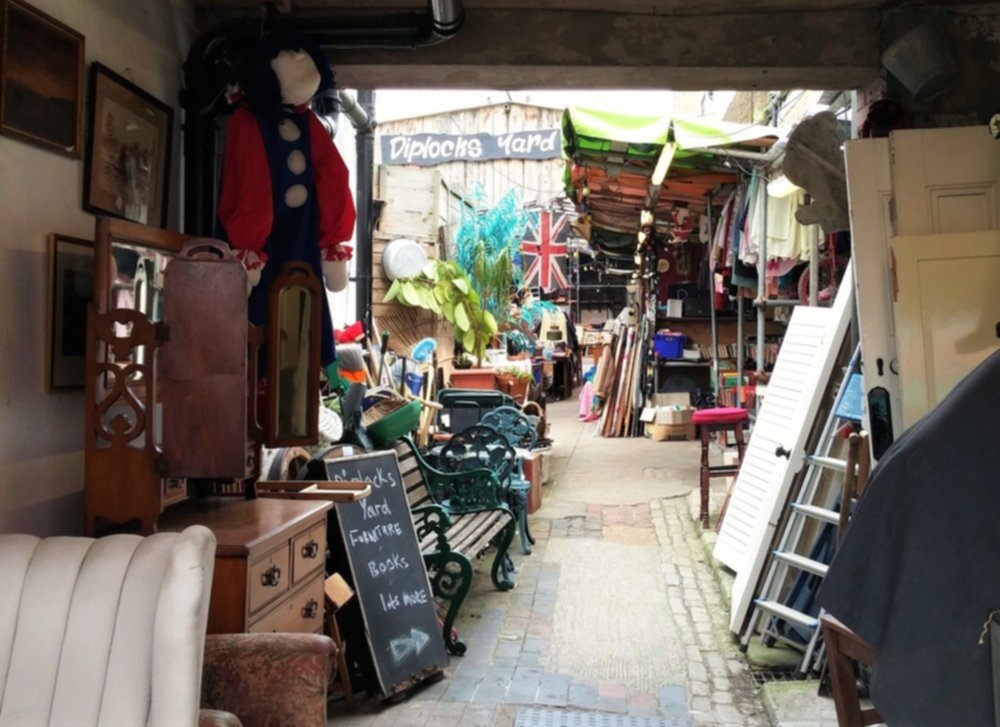 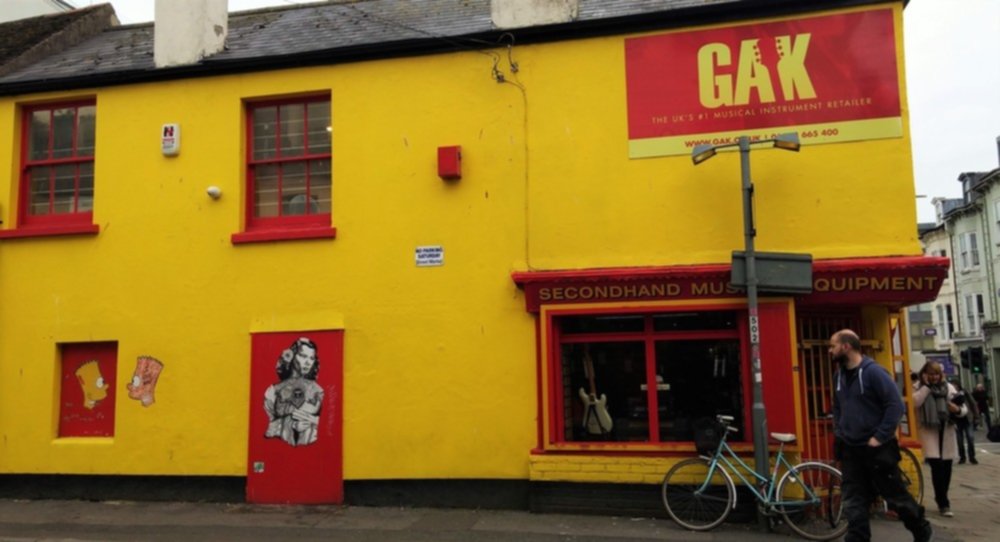 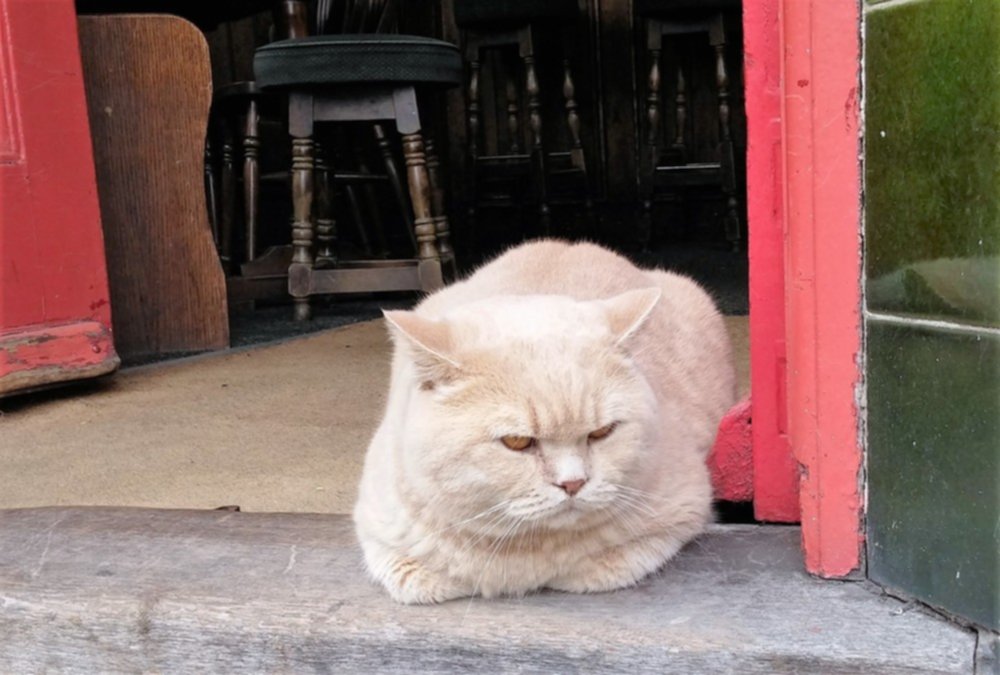 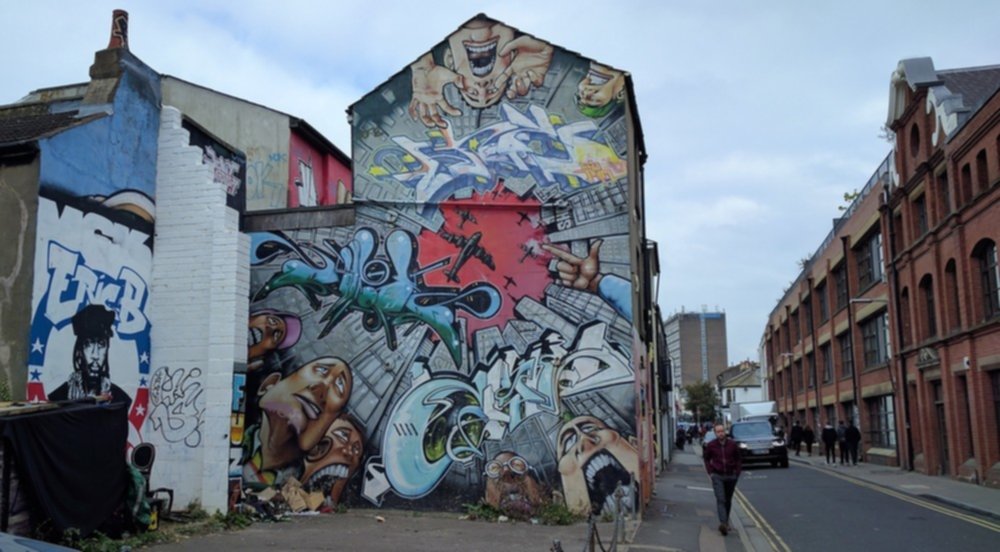 And yes, that's the same place that I referred to as the part of the town that embodies it's hobo culture instead of boho. I am my mother's daughter sometimes.

I absolutely HAVE to mention some of the places we ate at because the food was, as The Husband put it yesterday, orgasmic. We found this Mexican place called La Choza in North Laine which was hands down the best Mexican food we've tasted in a while. I've never been a fan of Tex-Mex but this place prided itself in being authentic Mexican and we even got to speak to the owner. While we were there, they had an artist painting on their display glass in the spirit of The Day of the Dead. 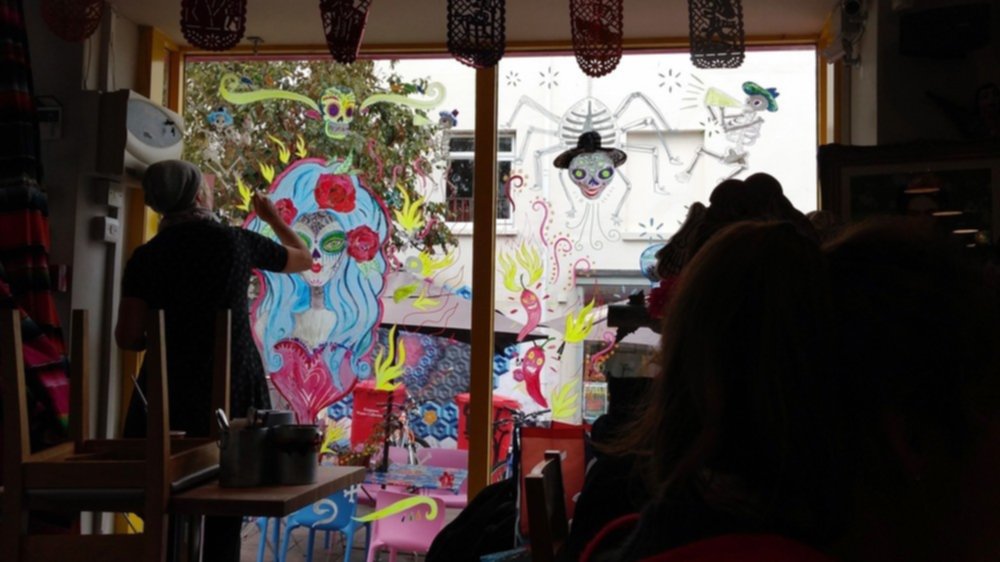 As always, we don't have pictures of the mouth watering food because the minute the food arrived, our mouths opened solely for the purpose of consuming it, and we didn't even speak to one another till that task had been accomplished. Sorry. But while we're on the topic of food, do check out Siam Siam for great Thai food and Sushi Garden for Japanese if you ever visit Brighton.

Here are a few more images from around town. 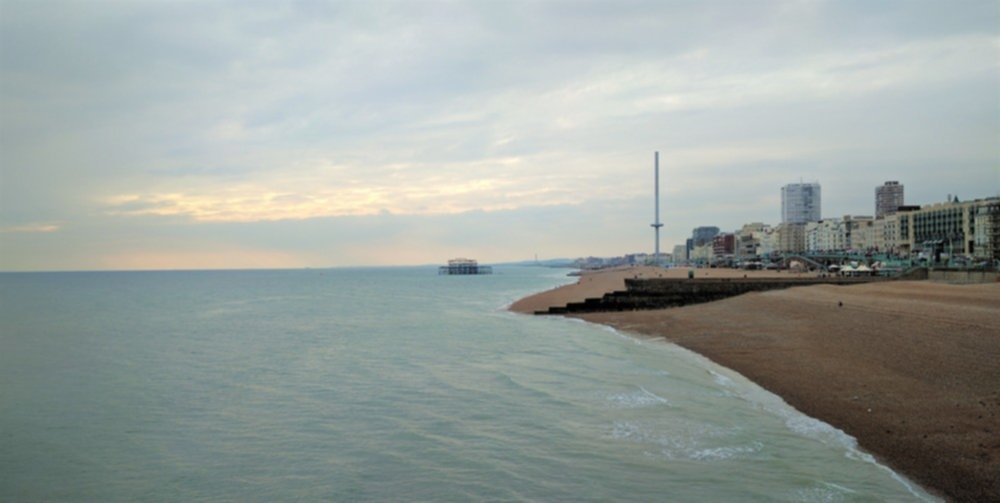 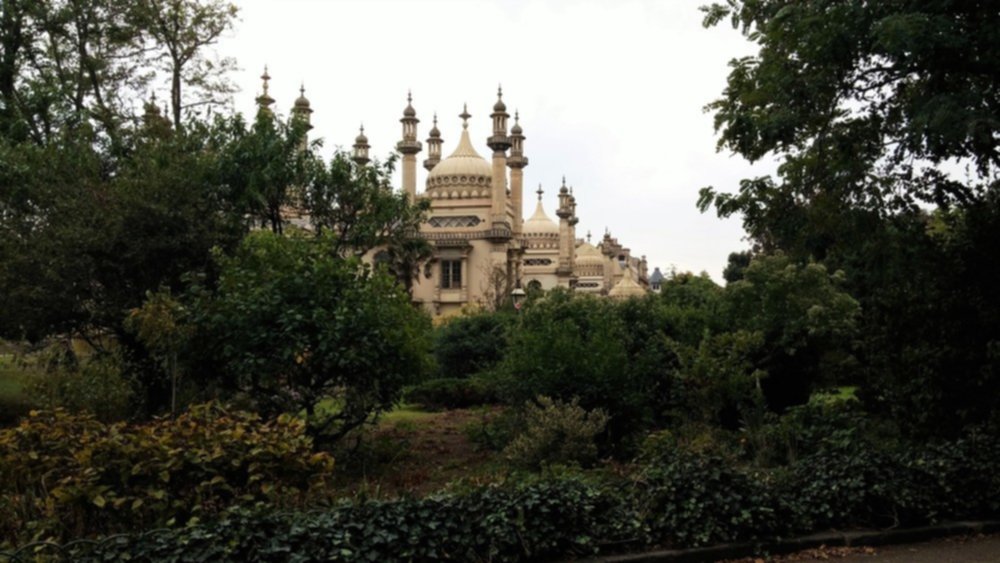 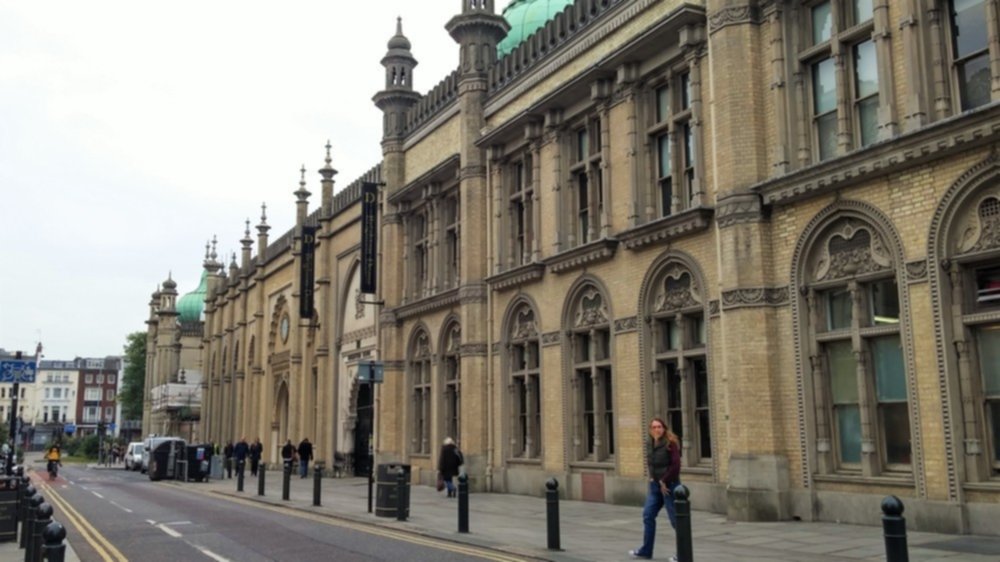 That night, we crawled into bed by around 9 p.m and were so tired that The Husband started snoring the minute his head hit the pillow, and I started screaming like a banshee within an hour. From the time I was a teenager, I remember waking up to my own blood churning screams in the middle of the night. Once, when I didn't feel comfortable on my bed, I crawled into my parents' bed to sleep in between them. I remember opening my eyes soon after to discover a huge manly frame to my right and started screaming bloody murder for a few seconds before realising that it had been my dad all along. My parents didn't sleep that night because for all they knew, their daughter was fucking possessed. On our first night in Brighton, I was dead tired and sleeping in a different bed. I opened my eyes and imagined that I saw a spare pillow turn into a person and fly up to the ceiling. I started screaming and didn't stop for a full 20 seconds while The Husband's heart jumped out his mouth as he thought that I was literally dying of death. I freaked him out that night, and profusely apologised to our hosts who confirmed that they hadn't been in the house when the screaming happened. Fun times.

We spent pretty much the whole of the next day by the beach and visited their famous SeaLife Centre. 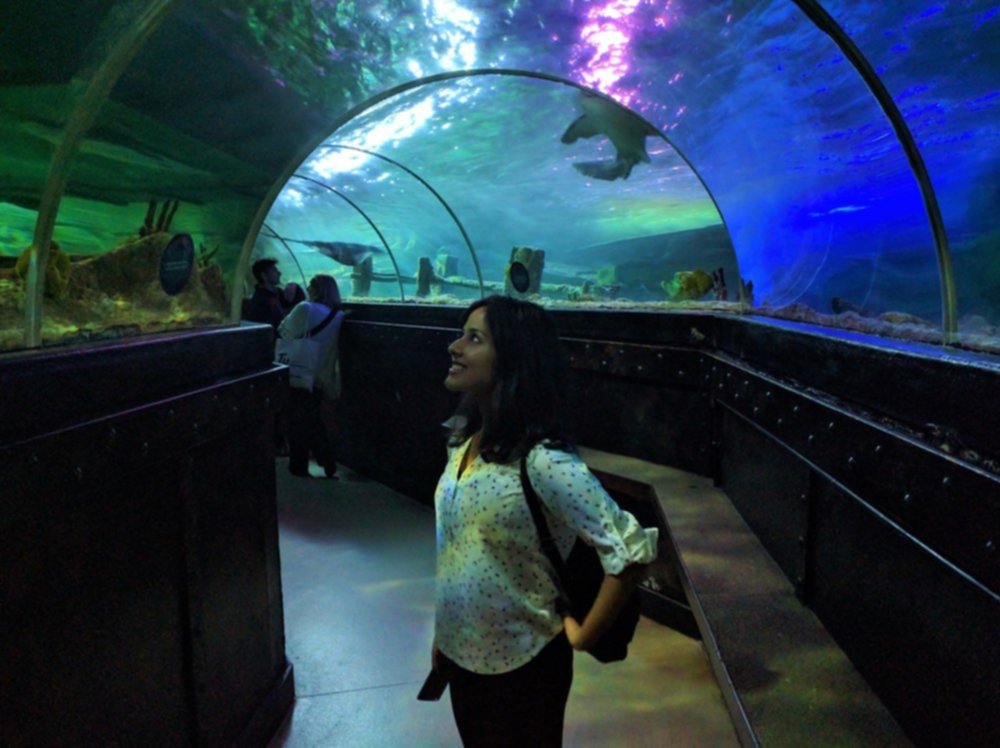 I should probably mention that it's the world's oldest operating aquarium. Not the worlds oldest aquarium ever, but the oldest one that's still operating. Their oldest turtles Lulu and Gulliver are HUGE and they're 76 years old. They be so cuuuute! 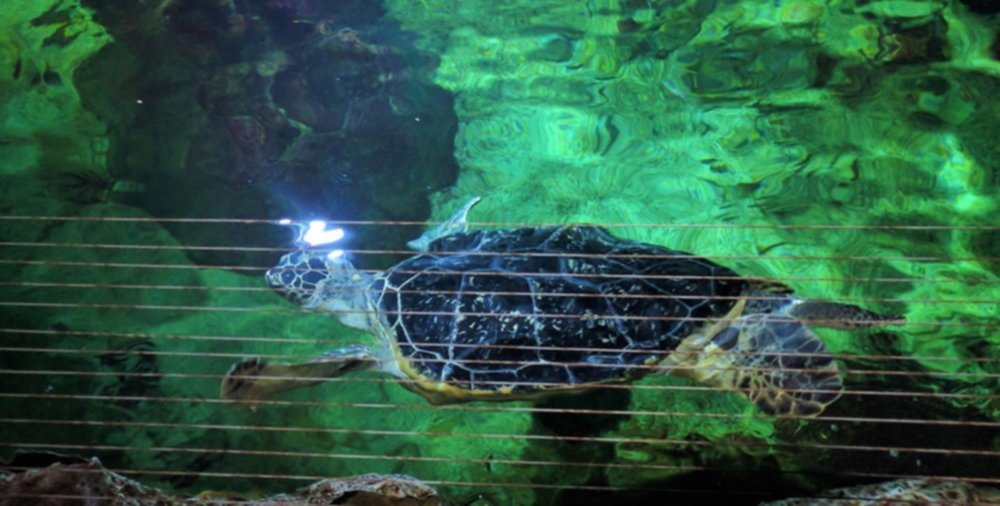 And because I want you guys to have nightmares too, let me share these with you: 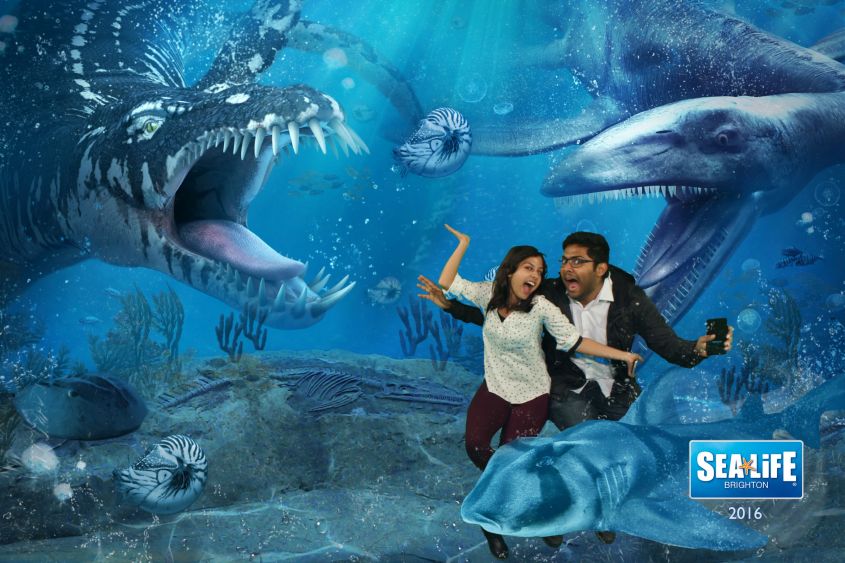 Aren't we the coolest? I could feel The Husband cringe all the way from the other room the minute I uploaded these images. #relationshipgoals OR WHAT?

On THE day or my birthday, we hopped on a train and rode all the way to Arundel to see the castle, bedchambers and loo of Queen Victoria. The Queen had visited the castle with her husband Prince Albert in 1846. The whole castle had been renovated and beautified according to Victorian standards for this royal visit and unfortunately, that's all you get to see of this place which was actually established in the year 1067. Also, we weren't allowed to take pictures of the royal chambers otherwise I could have shared so much awesomeness with you guys. Here at 22 Nelson Street, we may forget to take pictures of the food we eat but commodes...we always capture them commodes.

Nevertheless, I can share some pictures of the castle and it's grounds with you: 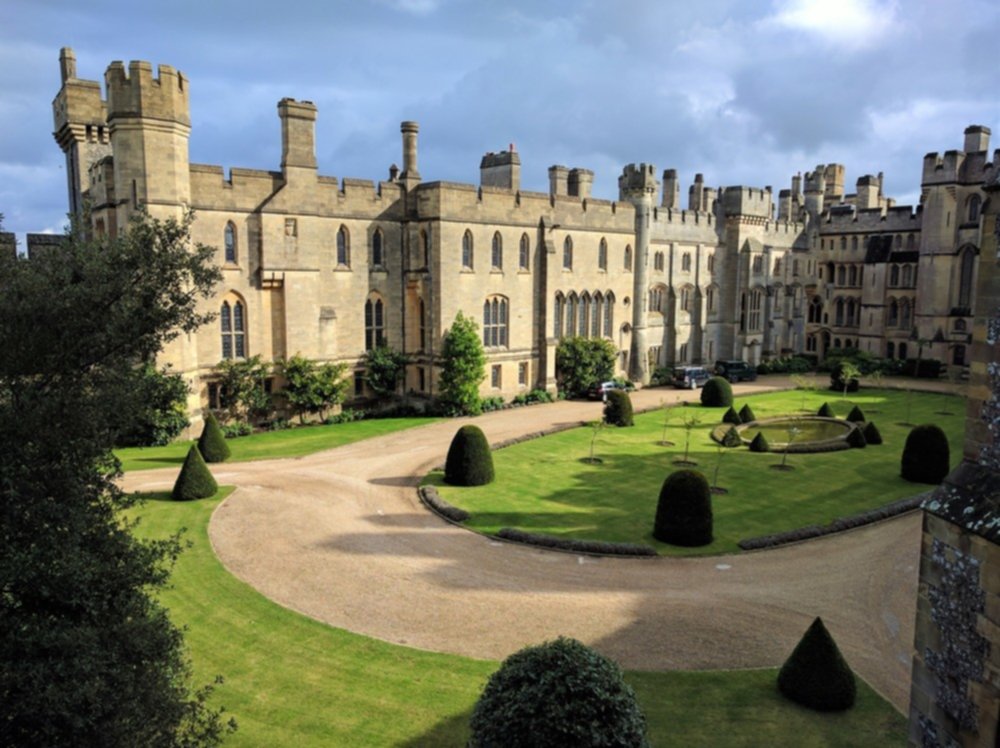 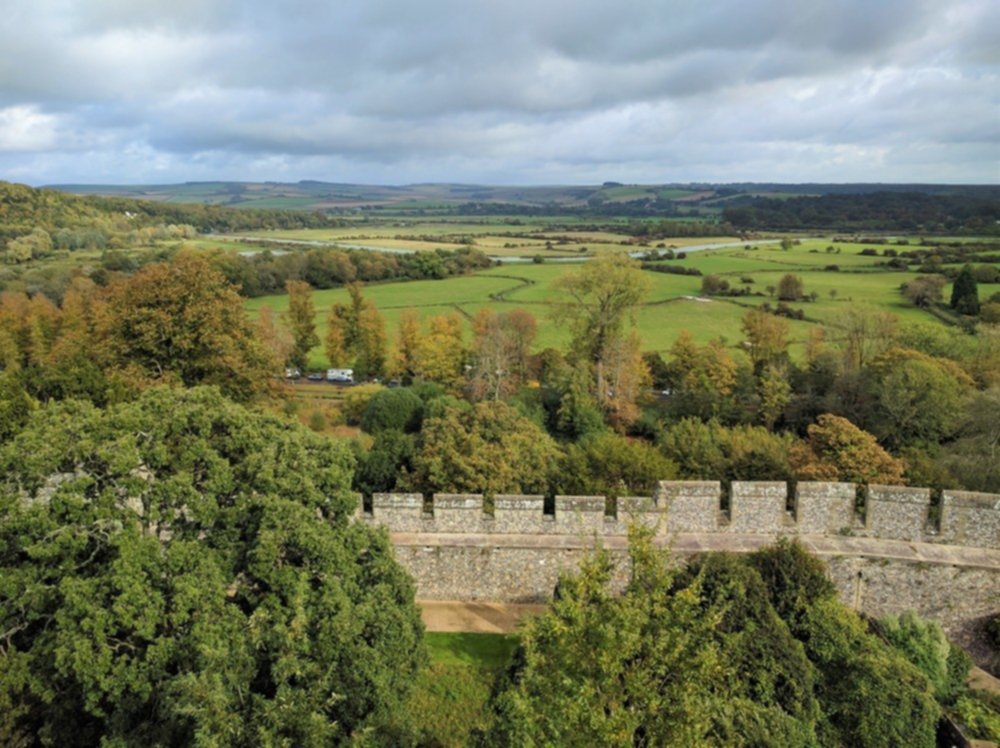 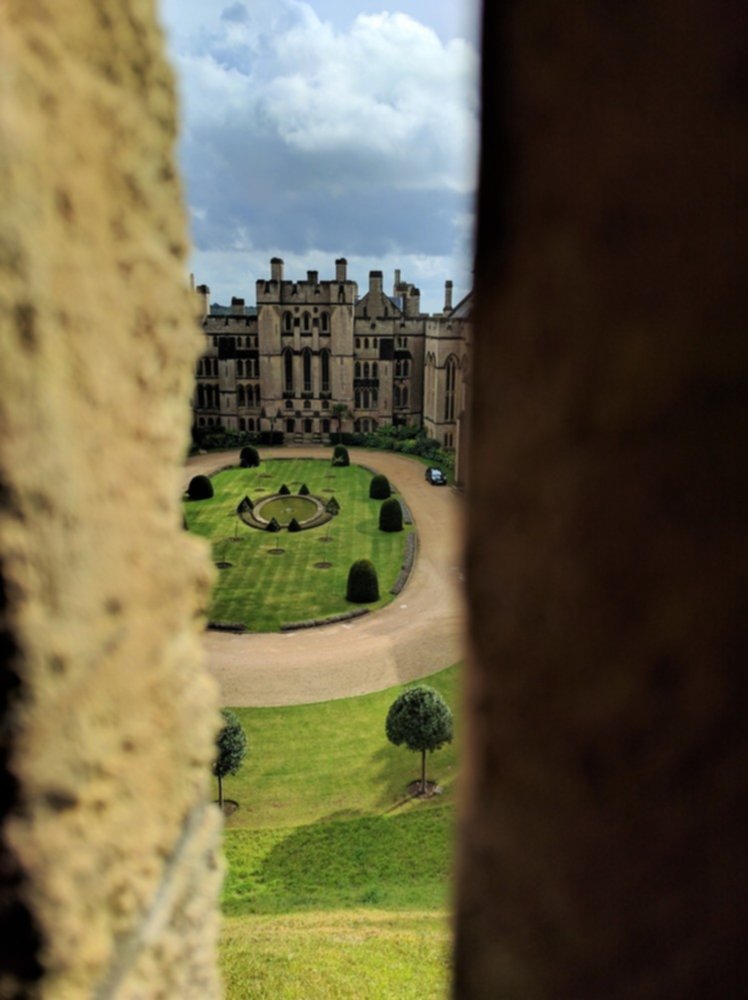 Can you see River Arun in the distance? 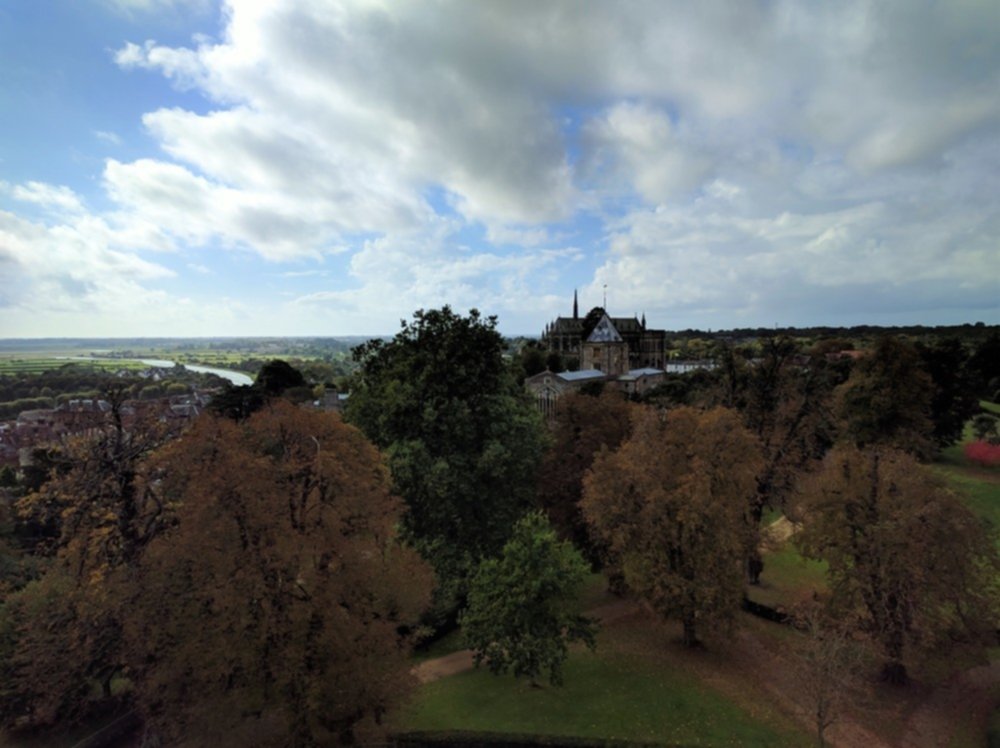 This used to be a place for "silent contemplation" when you broke the law back in the day. A very Brit way of saying, "Rot in hell, biyatch!": 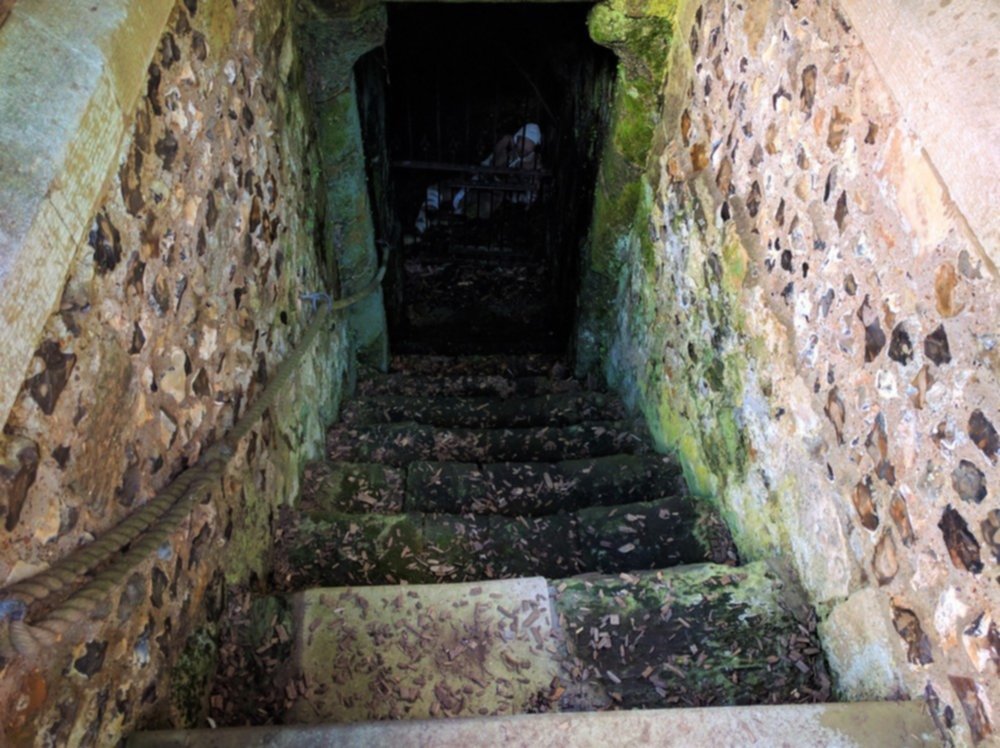 Because it was close to where all the sewage got dumped and was less than pleasant smelling. Moreover, it was dank, dark and infested with rats. Fun. That's just a dummy by the way :D 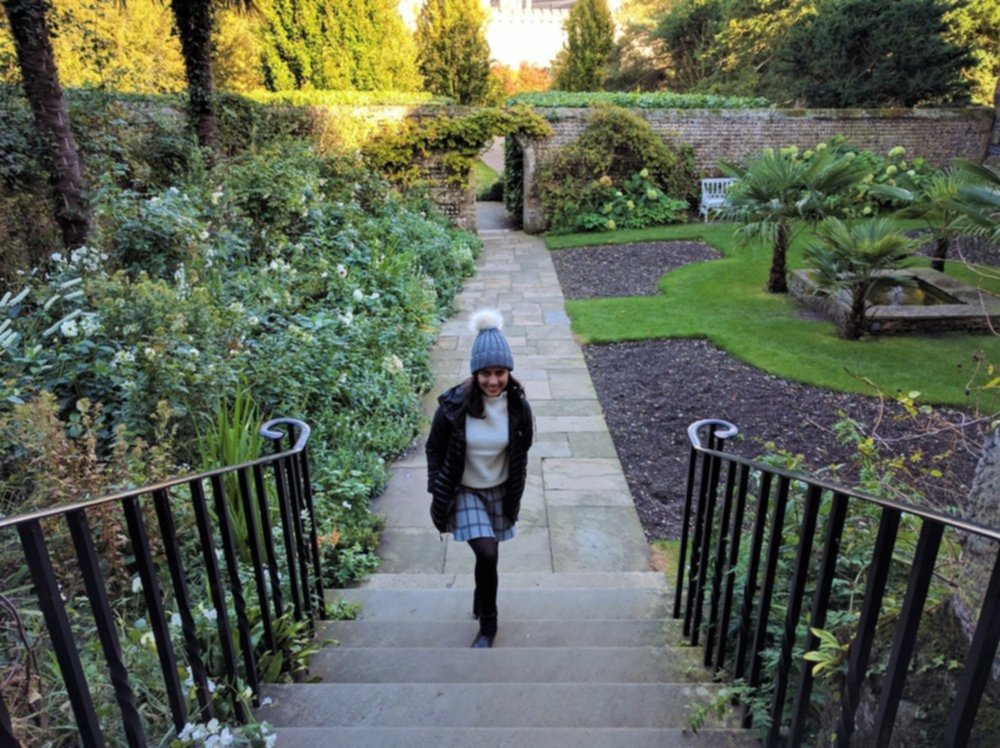 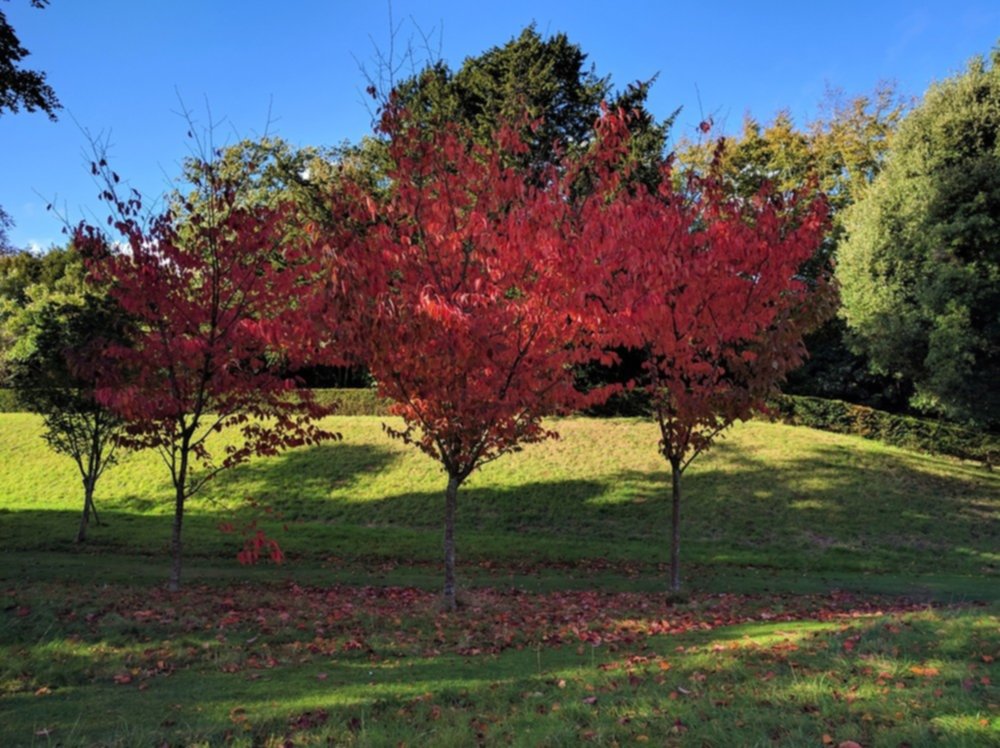 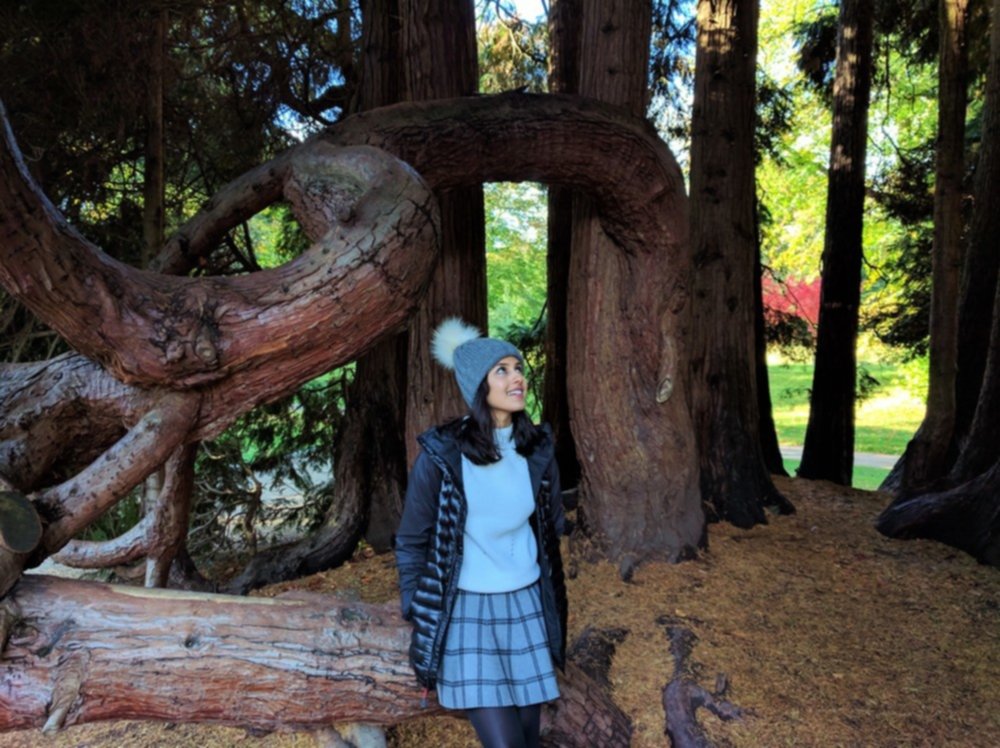 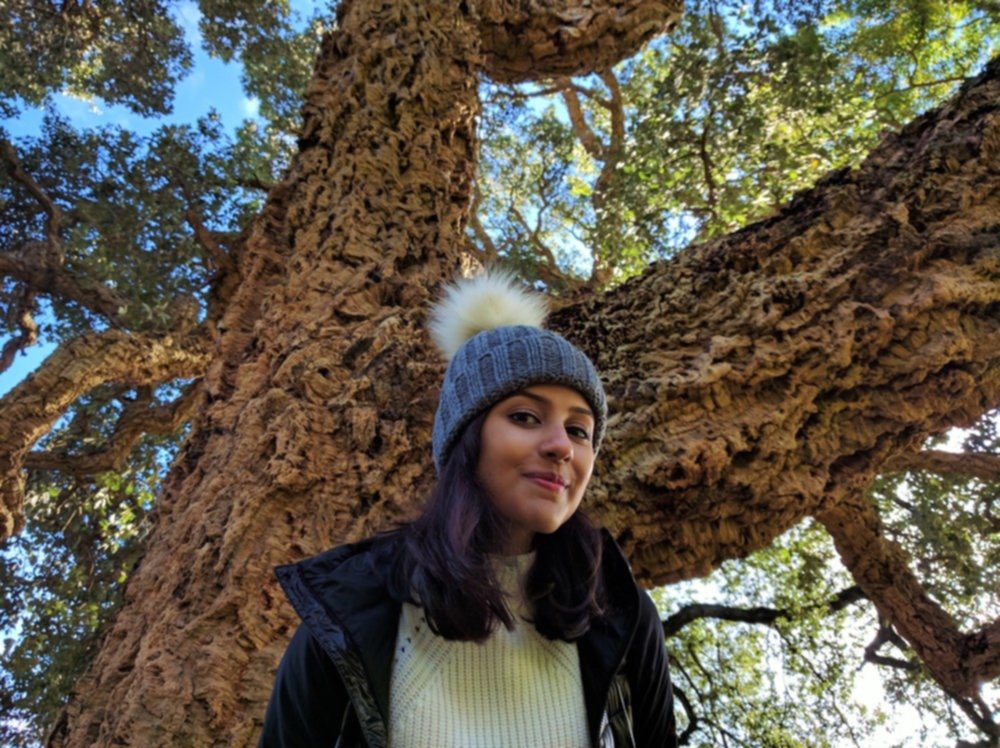 And finally on our last day, we took it easy with some tasteful Bollywood dancing in the rain by the colourful houses on the beach.

And that my friends, was one birthday weekend well spent :)