Remember the memes Lady Campsalot made for us? Remember how she delivers her puns and one liners when you're least expecting it?

So recently, I shared this pun with her:

What does a cheese say to itself in the mirror?

And as expected, she loved it. My lame joke also triggered her brain to produce a string of her own puns. Enjoy!

What do you call a row of bunnies lying backwards?

How did a young Greek cheese find it's roots?

What did the cheese say after hearing the Halloumi joke?

"I'm fetap of these cheese jokes!"

What is "refraining from having cheese" called?

What is cheese's version of a Bollywood birthday song?

And speaking of Bollywood, 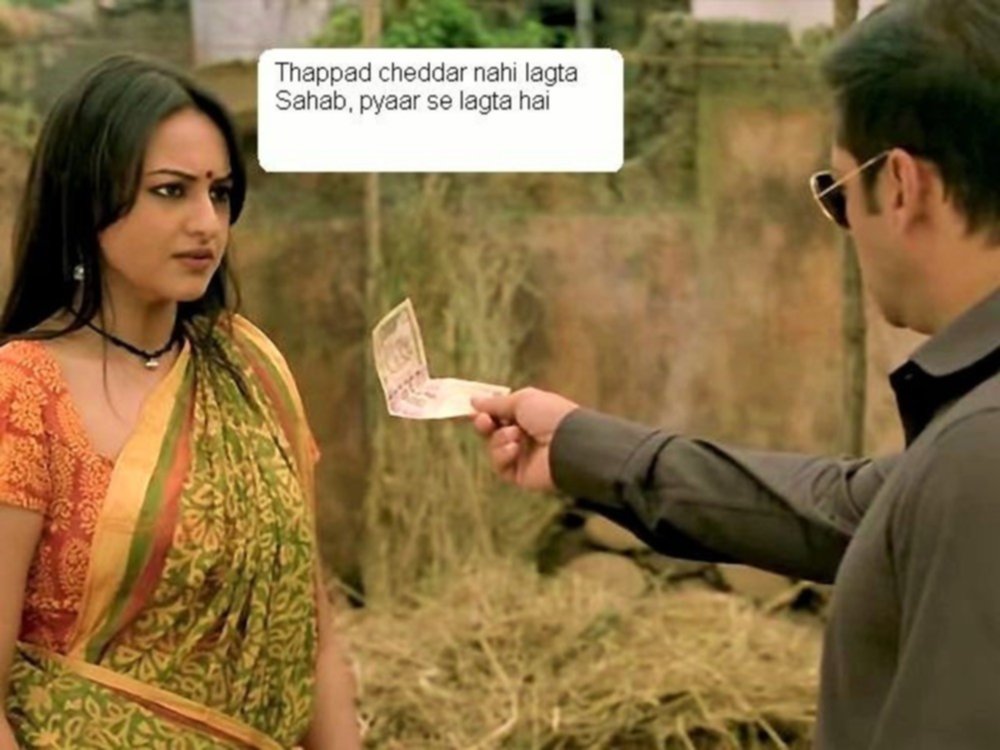 Also, if you enjoyed these, wait till you hear all the short jokes that were made over the weekend. At one point, I lost context as they started making short jokes in programming languages. The Husband has the stash on his phone.

And what did I say to the assholes making the short jokes?