About five years ago, in an MA English Literature class, some of my friends and I got excited when we saw an interesting conversation brewing. It was not entirely uncommon to sit in one of these classes and debate our thoughts and opinions on various topics because we were constantly told that owing to all the books we read and the theories we attempted to grasp, a literature classroom was a non-judgemental safe-space. I truly believed in that idea because as is the case with most things, it sounded wonderful...in theory.

I once shared here what happened when I got into a row with one of the senior most professors in my field when the topic of religion and God came up. That was very mild in comparison to what I'm about to tell you now, not because anyone was shouting or arguing but because some of the words uttered here pierced through my chest like sharp knives.

This was with a teacher I used to respect a lot (and continue to respect for her various accomplishments and knowledge in the field). She started off by telling us how progressive she was in making sure her kids got to play with all kinds of toys, especially by ensuring that her daughter picked up a cricket bat from time to time, and her son picked up a Barbie. That was brilliant and in my head, I was throwing around confetti and running around in circles, applauding this hero of mine.

She proceeded to tell us that she never bought her son blue coloured clothes and often chose not to dress her daughter in pink. Again, confetti, running around in circles, applause.

She told us how as kids, she sometimes dressed her daughter in little shorts and her son in his sister's wee dresses. It was cute. (Confetti, circles, applause)

She said, "I encourage you all to try these things when you have kids of your own, and break gender stereotypes with them from the time they're young." (Confetti, circles, more applause)

And then, she ended her speech with, "Although be careful not to take it too far or the little guy might just think he looks pretty in his dress and refuse to step out of it" (Confetti, circles, WHAT?)

As you can imagine, that's where the "argument" began and at least some of us were shocked beyond words when we heard our hero say things like, "I will never be able to accept it if my son comes home one day and tells me that he's gay" and that "Gay is just a state of mind, nothing some good ol' fashioned counselling cannot fix" and "It's unnatural! Otherwise, homosexuality would exist in the animal kingdom and human beings would still be able to procreate through homosexual relationships" and "all this is just springing up now with social media and the internet. There were no gays in the olden times" and finally, "It's against the Bible to be gay".

Right now, when I've distanced myself from that incident, I can think of a hundred counter arguments for each of those baseless justifications. But at the time, as you can imagine, I was angry, frustrated and felt kind of insulted which is strange because I wasn't being targetted directly but it felt that way. It was even more disappointing at the time to look around myself and absorb the fact that many of my peers, girls from my generation, were nodding their heads in agreement to all this.

And it is this vigorous system that my new friend Alex Mathew has been fighting over the years and has managed to almost break out of. Alex was raised in a very orthodox Christian home in my home state of Kerala. When he finally came out to his family that he was both gay and wanted to be a Drag Queen, his family perceived his email to them as a "double edged sword". It had taken him over six months to compose that email and gain the confidence to press 'send' and what he got in response was a mother who dismissed his passion for Drag, and a father who called his sexuality a sin. He never blamed them for their reaction and neither would I because we both know what a blow it must have been for them to try and understand what he was communicating to them. 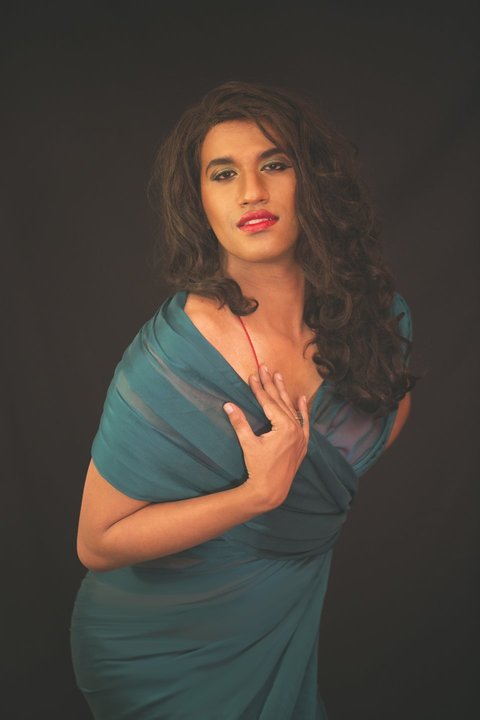 I narrated this story of the incident with my teacher to Alex in this week's podcast and not only did he share his own experience in school and college as a "feminine" boy but he also went on to give us a lot of much-needed clarity on the subject of being openly queer in our country. From relatives asking him to get married to a girl to teachers in schools nowadays inviting him over to talk to little kids about the art of performing Drag, we get into it all. There were many points in the audio where Shane had to cut out shrill laughter from our side because some of these stories are downright hilarious. My personal favourites are those about what a "Christian" upbringing did to Alex's subconscious while masturbating, and his response to a relative who said he should get married so that they can all attend a feast (he said he could throw them a coming out party if they'd care to attend that).

At the end of the interview, Meenal and I both agreed that if we ever found ourselves in Bangalore, Alex is the guy we'd go clubbing with. For everything he's seen and experienced, for everything this sweet 28-year-old boy has been through, you'd be surprised by the warmth of his voice and the positivity that exudes from him.

The world that Alex and I come from is constantly evolving, albeit very slowly. We're trying to catch up with legalities and technicalities, only to be reminded time and again that no amount of legislation can truly help if mentalities and social norms remain adamantly rigid. But we're getting there, one Alex Mathew at a time.