It's a very happy day at the Shankita household because after waking up at 7 a.m and hitting the gym, Shane went straight to work and I returned home only to realise that he had the day off. So he just came back home and we got a nice little New Year's surprise in the form of an extra day to spend together. Life couldn't get any better.

Before I started typing out this post, I went back and read all about my first Hogmanay in the city and the lines "...if you're wondering why I wrote this chatty 1807 word post on my first Hogmanay, you should know that I wrote it for myself. This is my first post of the year and it is entirely for myself. Dear Ankita, lots of love, hugs and kisses from Ankita :D" brought a smile to my face. But man, did I come a long way (writing-wise) in one year!

Last year, we didn't take any initiative to try and make our New Years Eve special. We just went with the flow (as always) but ended up having the best time ever (as always). This year, however, I made a mental note to attend the "world famous" Hogmanay Street Party because it would be a shame not to while living in the city that many people travel to in order to celebrate the New Year. We had to have the full experience at least once. Still, we ended up buying our tickets at a higher price than usual because we bought them just two days before the event, and collected them on the afternoon of the party. Well, meh.

The street party started at 9 p.m and lasted obviously till midnight. The main attraction was the fireworks display at hourly intervals, starting at 10 p.m and ending at midnight with the most elaborate show. The second main attraction was alcohol. Stalls lined the entire length of Princes Street and on top of that, people were bringing their own booze because let's be honest, the booze they were serving was shitty and over-priced. I want to take a moment here and mention the number of drunk people I saw who were on the verge of throwing up right before the fireworks started and had to be "removed" from the area lest they spray puke at inncoent people like me. SIX. Six people around me were escorted out of the venue the second they mentioned to the people standing next to them that they didn't feel too good. Thank God for that.

Before the party went into full swing, the Monica in me scoured the whole place and found the best possible spot to have the best view of the fireworks. I don't know what the deal is with me and crowds but the minute I'm out on the streets surrounded by people, I have the irresistible compulsion to come "first" everywhere. I turn into that competitive Indian kid who always has to score the highest marks in class. And being tiny really helps with that. I manage to wiggle my way through crowds, planning and navigating efficiently till I reach the front. I usually don't know what to do once I get there and it usually doesn't work out in my favour. For example, I did the wiggle thing and found my way past a girl who looked like she was dying. Turns out that she wasn't dying after all, but was just about to sneeze. And guess whose face she sneezed into? Yeah, I wiggled my way in front of her, turned around to see if she was okay because I thought she looked like she was dying, and positioned myself right under her nose because let's face it, I'm mostly always under somebody's nose. Another drawback of this compulsion is that I manage to position myself in the perfect spot to get elbowed in the eye. You see, with my height, I could easily get elbowed right on the nose or in the eye if the average-height person standing in front of me were to lift an arm to put into his/her pocket. That kinda sucks. I can't tell you how many times I narrowly escaped getting punched in the face last Saturday. Oh wait, I can because I counted. FOUR TIMES!

One such man who almost punched me in the face while we were waiting in line to grab some drinks turned around and asked Shane if he was going to the Street Party.

"I believe this is the street party", Shane replied.

"Really? You have to go that way to get to the street party", said the man, pointing in a random direction.

"Please ignore my husband, he's just messing with you", said the man's wife with a tired smile on her face.

"OMG that's you and me in a couple of years", I said to Shane soon after.

Anyway, in the end, we got to enjoy the best view of the spectacular fireworks amidst hoards of drunk people who were singing Disney songs and Scottish folk music.

If you're interested in seeing the entire show, here's BBC's footage:

But the minute the fireworks were done and people stopped screaming, everyone tried to move and get out the there at once, which led to my getting transported from point A to point B without even having my feet touch the ground. It was epic. What I find even more interesting is how these Scottish people are so polite even when they're getting crushed by a mob. A woman literally said to me, "I'm so sorry but there's no way I can't be touching you right now. I promise I'm not the one pushing but are you alright dear?". There were others who thought I was a little kid and always made sure I got to go in front of them, which ensured that my big, tall guardian whose hand I was holding got to go with me. That was amazing. At one point, everyone just stopped moving and I noticed that even Shane was pointedly staring in one direction. I couldn't figure out what was happening until I stepped on his feet and stood on my toes. There was a full-fledged movie-style fight going on, with scarves, gloves, and jackets flying about and people getting flung to the ground. As amusing as it was, I couldn't get how people could start fighting like that simply because someone pushed or someone else accidentally stepped on someone's toe. I keep thinking about how that would totally ruin their memory of a wonderful night, and how the only thing those people will remember when they think of the new year party of 2017 will be this fight on the street. Admittedly, they were drunk out of their minds and I like to believe that on a regular day, this wouldn't be the way they'd behave. I also witnessed some friends getting into arguments and raising their voices at each other while being too drunk to even speak comprehensibly. I feel sorry for them because that shouldn't be anyone's memory of the first night/day of a brand new year.

But moving on, once we found our way out of the crushing mob, we had to take this picture to remember in the years to come that we don't particularly enjoy being in large crowds :D It was such a relief! 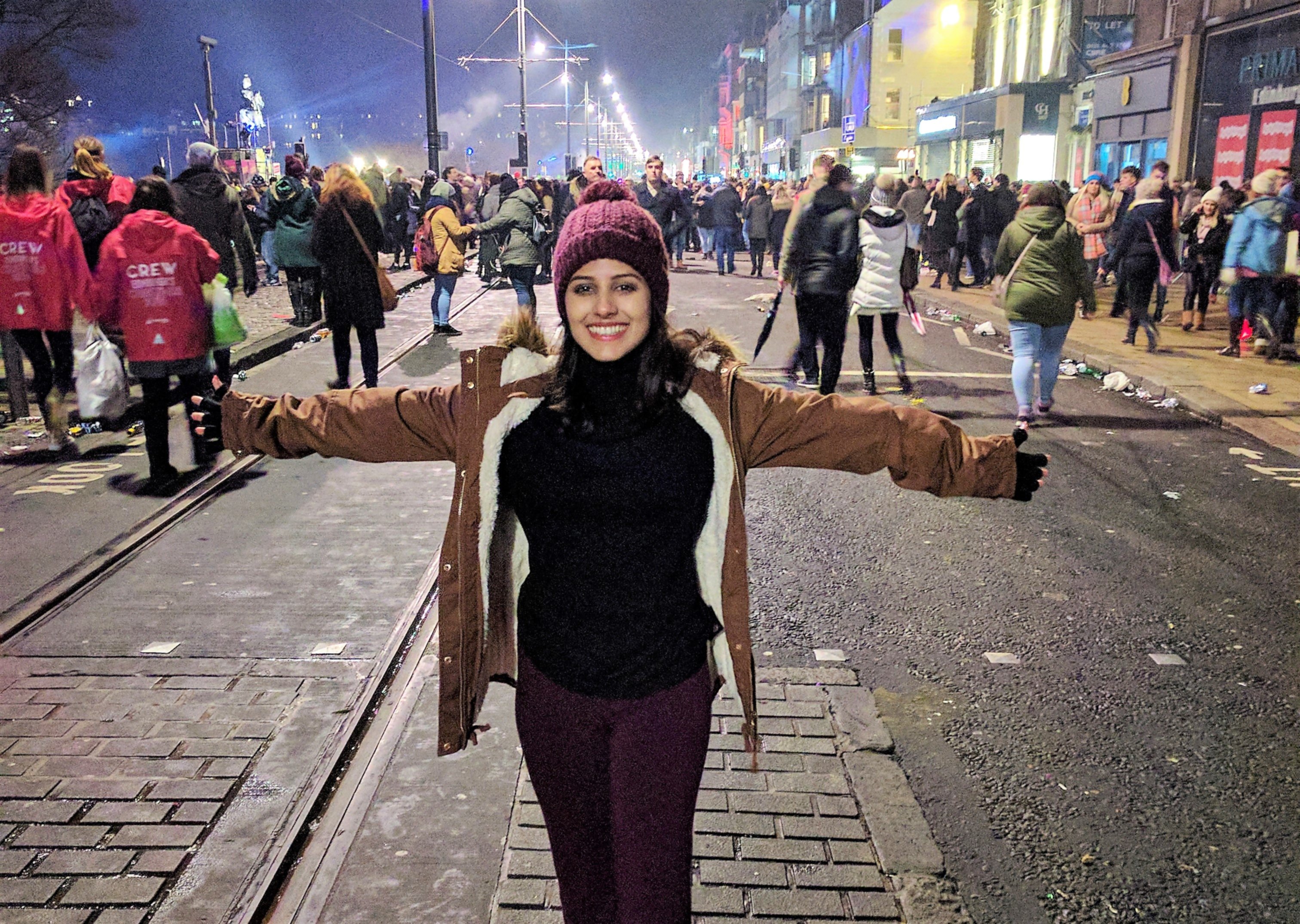 We then went straight to Shane's office which was at the end of the street where the party took place and spent a few hours failing miserably at pool and table tennis, laughing our asses off, and hoping to get our hands on the security footage for the sake of the memories! 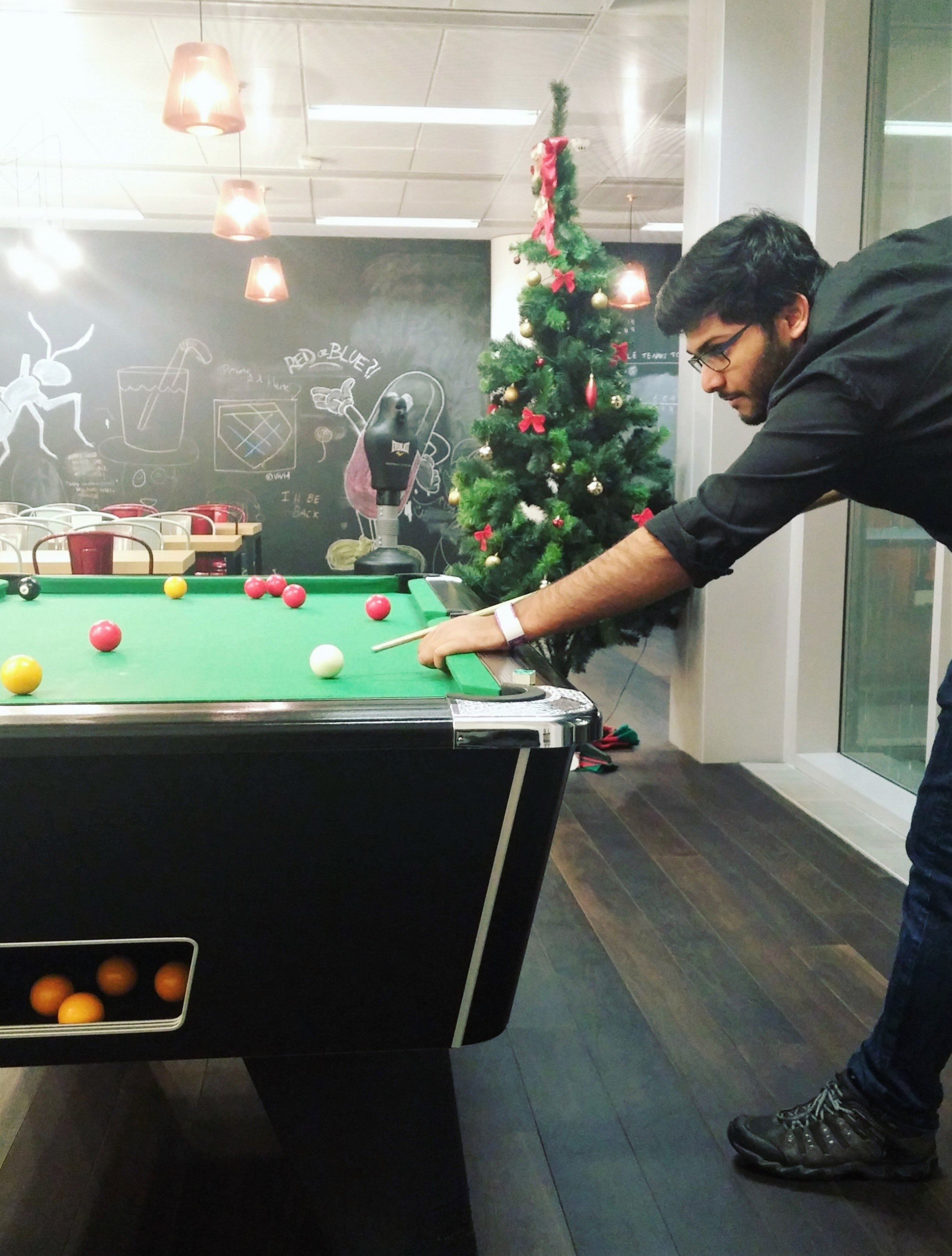 By the time we walked back home, it was around 3 in the morning, and we were not tired or sleepy in the least. So we snuggled up on our couch, sipping on wine, while he played his video game and I watched my show. It was the perfect start to our new year.

On New Years day, we woke up by noon and had a typical Shankita Sunday. We cooked, watched TV, played games, took long showers, pampered our skins, drank wine and relaxed. Check out the dinner we cooked last night! 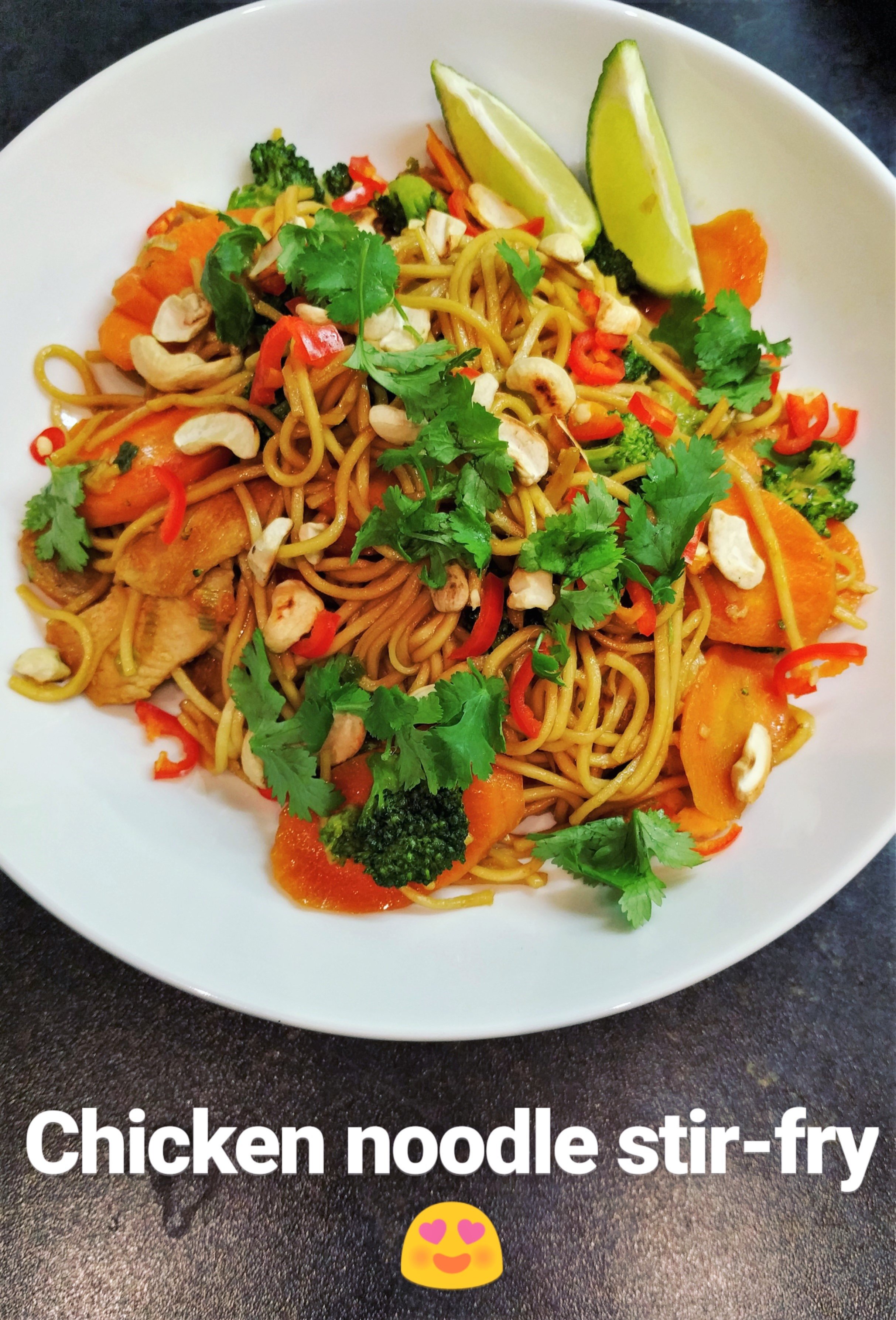 So far, 2017 has been AMAZING! And I'm curious to know how it's been for you. Do leave me comments down below or send me emails with all the details! Can't wait to hear from you guys.

On that note, happy first Monday of 2017, everyone! Hope you have the best week ahead of you :)