It's that time of the month again, when my brain gets diarrhoea and leaves explosive brain-poop on your screens. Your nightmares can thank me later for that imagery but hurrah! It's time for a braindump. Side note: when I say "it's that time of the month again", it doesn't imply in any way that my brain has a consistent cycle like my uterus regarding the time and place of it's bloodbaths. It could happen anywhere, to anyone, and at any given time. So here goes.

A few ... a while ago, a bunch of people got drunk. The group comprised of a handful of The Husband's colleagues and yours truly. At some point, three of these drunk people got together and decided to go on a camping trip to the middle of nowhere for 4 days and 3 nights because why not. One of them was going on a sabbatical so that he could explore the whole of Scotland by mainly pitching tents and spending days and nights in the wilderness (because why not?) and this party where a lot of drinking happened was actually his send-off party. This dude and his wife also write a travel blog which The Husband and I open up from time to time to drool over. I hear that a bunch of you visited said travel blog after reading about it here and I want to thank you for that.

The second person going on this camping trip is The Husband because at one point, Sir Campsalot said a few magic words to him including "stargazing":

Galloway Forest Park is where people are known to go camping in order to indulge in a little bit of stargazing. The minute he took in that piece of information, The Husband informed me that we were going camping. And because I was drunk and because I'm not a very smart person even when I'm sober, I might have said "Why not?" and that makes ME the third person going on this trip. WHAT THE FUCK WAS I THINKING?

First of all, me + camping/outdoorsy stuff = a disaster waiting to happen. I thrive on comfort and routine, neither of which will be a possibility when you're living in a tent, sleeping in a sleeping bag and munching on dry food WHILE it's 5 degrees outside. To be fair, this summer has been quite pleasant with temperatures as high (!) as 13 degrees at night. But still, what the fuck was I thinking? Second of all, what if a wild animal attacks me when I'm peeing out in the open? You should give props to my presence of mind even when I was drunk because I made sure that there were bathrooms with shower and toilet facilities very close to where we were going to be pitching our tents. So that part is settled, I guess. Now I just have to make sure that I don't consume too many fluids for 4 days but even the sound of that seems wrong for some reason, considering all the walking and hiking that we're going to be doing. Basically, FML.

While we were getting our camping gear and other stuff ready for our little "adventure", The Husband and I went back to being our former unmarried selves, when we were deciding to make things official by getting married.

"But it might be a little expensive, don't you think?"

Getting married turned out to be an okay decision so I am hopeful that the decision to go camping will not be too much of a disaster because obviously, they're both the same thing.

So yesterday when I was talking to my brother-in-law, I had to pause in between to ask The Husband the name of the national park that we were going to in less that 5 days. THAT made me realise how ill-prepared I was for this trip, so much so that I didn't even remember the name of our destination. I didn't know how we were getting there, what we were doing, how we'd feed ourselves etc. I had so many questions that I got a panic attack. Do we have everything we need? Do we need more bug-spray? What kind of (and how many sets of) clothes should we pack? Do we need to prep meals in advance? If yes, then what do we prep them with? IS THIS GOING TO INVOLVE COOKING? Soon after that conversation ended, I had a nice long chat with Sir Campsalot who I believe knows what he's doing. We fixed a date for today evening when we'll all get together and plan this whole thing out so that I can make my lists while also making The Husband's life miserable. But since he (Sir Campsalot) was very laid back and relaxed about the whole thing, he had more important things to share with me. He had just returned from a trip to India with his wife and said, "Oh, I have a visual gift for you" and shared this: 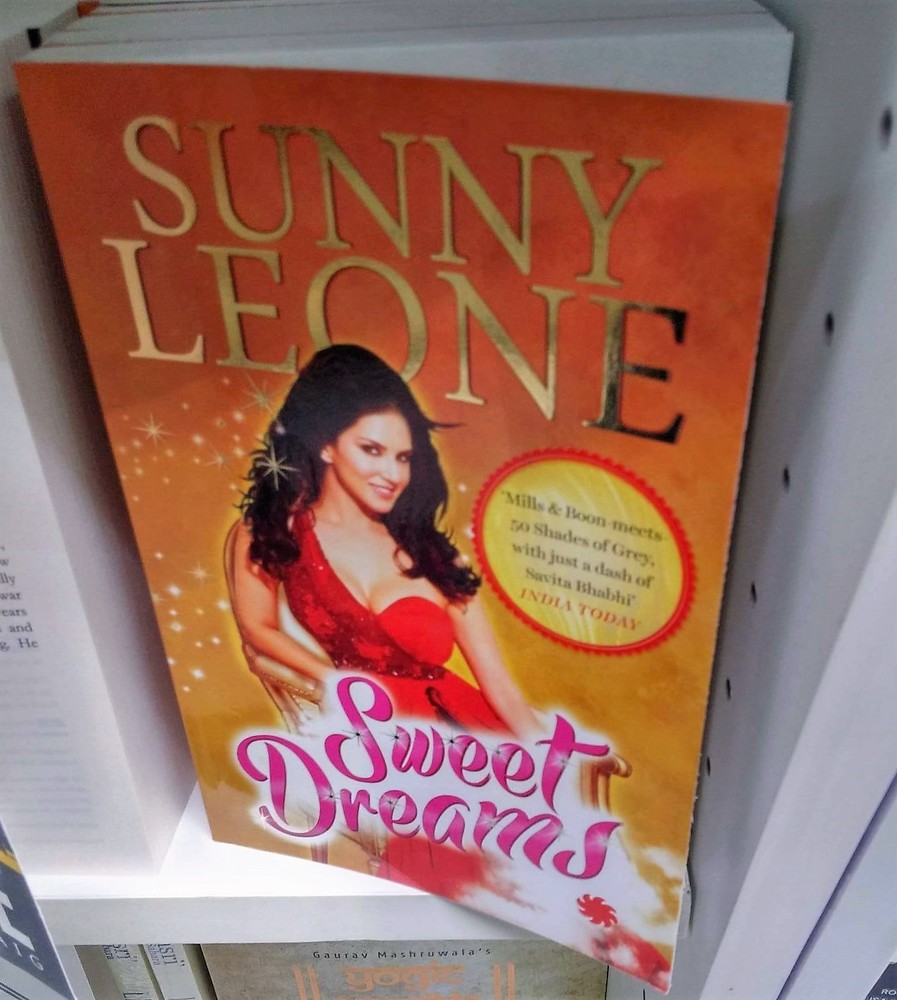 The only thing I took home from the cover of that book was that there's something/someone called Savita Bhabhi and I had no idea what/who that was. Sir Campsalot was surprised at my naivety and explained that Savita Bhabi was "a hugely popular, crude, Indian sex comic strip". It was popular and Indian. Then why hadn't I even heard of it before? That got me curious because this comic was in Hindi and if even The Husband who knows nothing "Hindi" knew about this then that would mean that I was the biggest loser that ever lived. So I asked him, "Hey, do you know who Savita Bhabhi is?"

'NUFF SAID. We both spent the next 10 minutes doing our research on Savita Bhabhi. Sometimes I wonder why we can't just leave certain things alone but we had to go ahead and snoop around till we found out about the existence of something called "Savita Bhabhi aur bra salesman". I really didn't need to know or see that. Those images are going to come back as nightmares to keep me up all night.

Speaking of staying up all night, lately at 22 Nelson Street, The Husband and I have been coming to terms with a change in our sleep routines. As I said earlier, I thrive on routine. If I don't fall asleep on time or wake up at a reasonable time on a working day, my entire day is ruined. I get incredibly moody about it. But lately, The Husband has been staying up way after our bed time, staring at his laptop or playing games. When that happens, I need him to leave the bedroom because the light from his laptop prevents me from falling asleep. But at the same time, when he leaves, his furnace of a body leaves with him and that also makes me stay up. Eventually, I end up tossing and turning and getting really frustrated while willing my body to JUST FALL ASLEEP ALREADY. As if that ever works. Towards the end of last week, I snapped and my head exploded. I never realised that I could get so angry for the lack of sleep and I literally stayed up all night because I was mad at myself, but more at The Husband. I set him on fire by just looking at him and went into my "he is DEAD to me" mode. It was so extreme that I just couldn't stand being in the same room as him and even left the house at times to go on 2 hour long walks alone. Give me the Nobel Peace Prize already for all the effort I put in to avoid speaking out of anger, Nobel Prize people!!!

As is the routine (because routines are important yo!) when I go into my "he is DEAD to me" mode, I cooked only for myself. That night, after I finished eating his favourite meal (which I cooked only one portion of), we made up. To be fair, it's very hard to stay mad at The Husband for long because the idiot knows how to say the right things to make me eventually succumb to fits of laughter. Once we made up, he said, "I saw that you had a delicious dinner".

"I left the pan and ingredients outside so that you'd see it and make it for yourself", I explained because I always have to explain the punishments I mete out to him or the idiot just doesn't get it.

"Oh, that's why you left everything outside? I thought that was so weird because you always clean up after you cook. I thought - wow, she must be really mad if she didn't even clean the kitchen."

Of course, I'm as normal as they come.

On that note, have a great week, y'all!