The first time I played squash was on Boxing Day of 2017, a mere two days after my father was discharged from the hospital. The weeks preceding this momentous occasion had been quite stressful for the entire family, and I chose to deal with my stress with violent fits of lying around and reading books that helped distract me from everything that was happening around me.

The bit where I caught up on my reading was amazing. The bit where my reading distracted me from the crap life was throwing at me was even better. But the fits of lying around that accompanied this reading resulted in a colossal struggle to fit my fat ass into my skinny jeans upon reaching home. As my father observed both Shane and my mum trying to squeeze chunks of fat from my ever expanding backside into a denim cage that threatened to cut off all circulation to my legs, he carefully asked me if I had, you know, gotten fat.

"Obviously, dad! You don't have to rub it in", was my quick retort, followed by just a little bit of guilt for having snapped at my ailing father.

The next morning, I woke up at 5 a.m to accompany my in-laws to the gymkhana to start playing a sport that would 100% make me run around and sweat like a pig.

I have shared before how the game didn't come naturally to me the way it did to Shane. I lacked coordination and strength but somehow stayed on in court simply due to the stamina I had cultivated over the past few months. Moreover, the ball we started playing with was not at all ideal for beginners so it took an extra something out of me to even start striking whatever was coming in my direction. The worst thing of all was that I was a walking hazard with that racket that (and I'm not even exaggerating here) was literally as long as my arm. It took ages for me to learn how to even hold it properly and in the meantime, I just went around accidentally hitting Shane on various parts of his body instead of striking the ball.

This one time, I decided to forget about the rules and stood right in the middle of the court to serve. Seeing this, and maybe even foreseeing danger, Shane positioned himself way behind me on the far right corner of the court. And yet, and yet, when my long-ass racket hit that uncooperative yellow-dot ball, weird woo-woo magic happened and the ball went straight for Shane, who was, allow me to remind you once again, standing wayyy behind me.

It's been quite a journey since then and with a lot of practice almost every single morning (which, by the way, is quite something as I never sacrificed my precious sleep to even study for a major exam), I can finally say that I have gotten a lot better and even manage to fit into all my skinny jeans without much fuss. Shane and I now manage to play proper games where we run around non-stop for up to eight minutes straight. We don't follow all the rules to the dot because we're still learning, and practice is what's most important at this stage. But much more importantly than anything else, the two of us have been having a hell of a lot of fun playing together.

That said, it saddens me to inform you that things may have changed irrevocably this morning.

Everything was going smoothly and we played for a good one hour and decided to go for one last round before calling it a day. I was no longer failing to understand the concept of the racket being an extension of my arm (albeit a very long one) and wasn't making too many mistakes overall. And then, it happened.

When I hit my second-last ball of the game, my strength failed me. As a result, the ball still made its way to the wall but returned very feebly towards Shane who, seeing this, ran closer to it at the front of the court so as to try and strike nevertheless. He, of course, struck it with his usual amount of force which sent the ball bouncing to the back of the court where I was now situated. By then, I'd decided that I was going to strike the next (and what happened to be my last) ball with as much force as I could muster in order to make up for the previous feeble attempt. At this time, do remember that Shane was still in front of me.

Everything that happened next was in slow motion. The ball bounced towards me, I swung my arm and racket with full force to hit it right this time, Shane turned around to look where the ball was going, and the ball landed squarely in the sweet spot between his nose and right eye with a dull, painful thud.

For someone who's not one to go red in the face even after hours of running around, the mark this accident left was brighter than the red flashing lights on a firetruck. I thought I could die right then and there. We immediately stopped playing and he kept reassuring me that accidents happen during games but I simply could not get the image out of my head. Of all the abuse I have put him through in the past few weeks owing to my tiny arms and total lack of coordination, I'd say this one was the worst. Because this one was a result of accidental deliberation. I aimed for that ball to go flying straight ahead. I prepared to give it my full blow. I hit it perfectly well. And if you had watched the whole thing happen, you'd be convinced that I had attacked Shane on purpose.

I feel like henceforth, our married life, or at least our life as a couple that likes to play squash, will be divided into two eras - Before Ankita Tried to Kill Shane with a Ball and After Ankita Failed to Kill Shane with a Ball. If I were him, I'd be wary of entering the court again with the lunatic who has been constantly dolling out injuries without the least provocation.

The good news is that the discoloration has vanished now (or is barely visible on his skin at least) and the pain has subsided. I have not in any way impaired him for life as could have been the case had I been my former untrained self who always tended to send the ball flying at a much lower angle than it needed to. And had I managed to hit the target(s), there could be up to three flying balls as opposed to one at the end of it all. One could say that the hazards of this game are plenty especially if you're a tall male playing against a tiny female, but for the time being, we shall not get into what could have been. As they say, 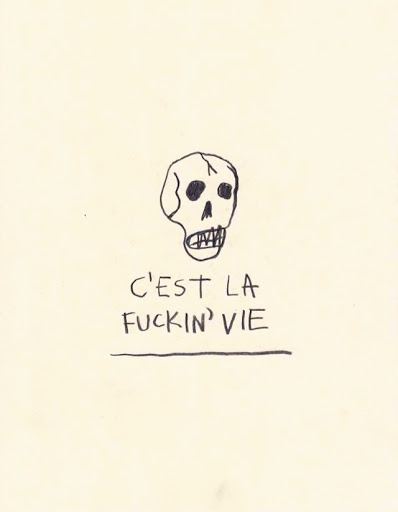