Here are a few facts about Meenal: 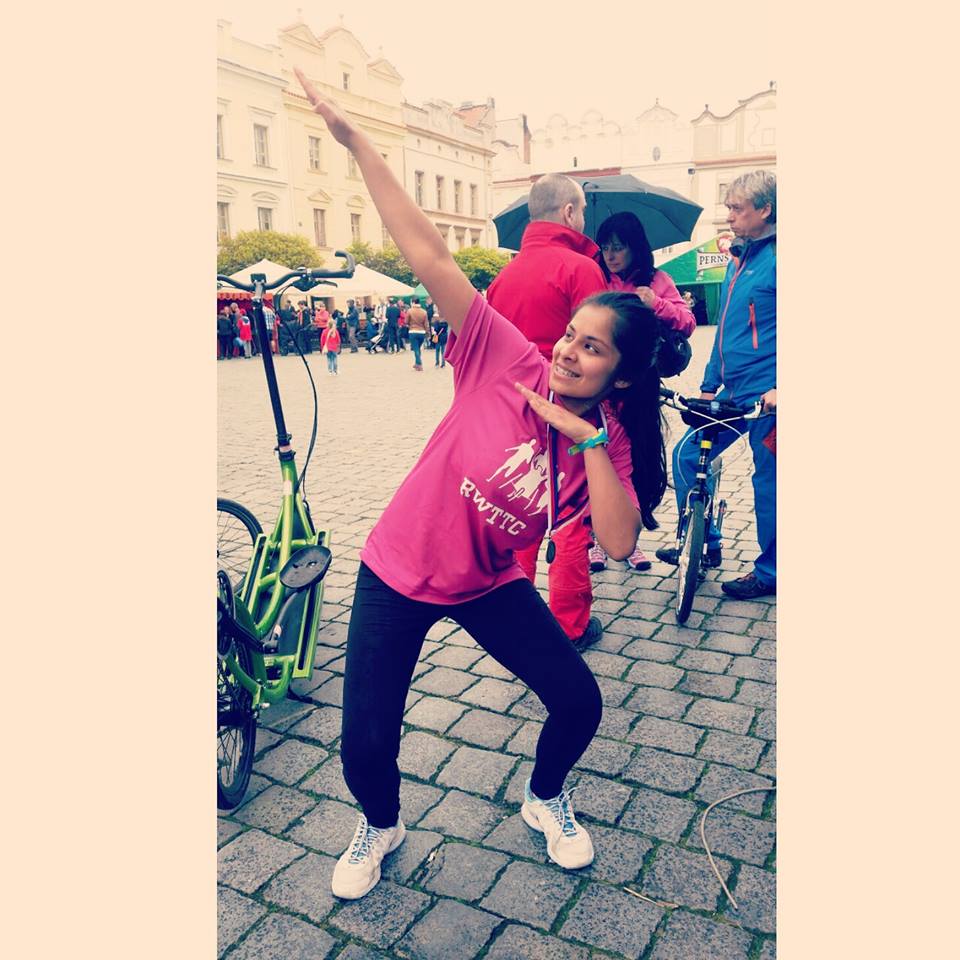 But deep down, she's still a fat kid. 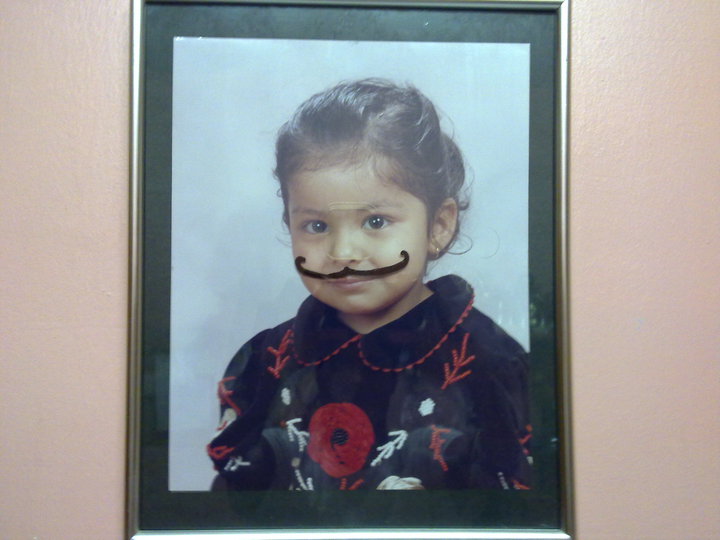 And that's the whole point of this blog post.

When she was born, Meenal weighed 5 kilos. FIVE KILOGRAMS. Can you believe that? Her poor mum's arms still ache from carrying her around 20 years ago. Honestly, if my kid came out weighing that much, I'd just ask it to carry me around. Seems like the reasonable thing to do.

The other day, we ordered Chinese for dinner. One weird thing about Meenal is that she's too well brought up. She's always polite, saying please and thank you, and never opening her mouth to voice her opinions if Shane and I start choosing restaurants to order from. When we rejected a Japanese place because they didn't have good vegetarian options for Meenal, she said, "Oh, thank God! I was hoping you wouldn't pick that place". These polite, well brought up kids who don't disagree with you are sometimes such a pain in the arse.

Anyway, when the food from the Chinese place arrived, they'd given us complimentary prawn crackers. Neither Shane nor I paid the crackers much attention but Meenal kept stealing them. I say "stealing" because she'd cast sly, guilty glances at us before slowly pulling a prawn cracker out of the cover. And towards the end of the meal when she realised that neither of us gave a shit, she asked us if we wanted any. Her heart leaped for joy when she heard the word "no" escaping our mouths. She got up, wrapped the crackers up and stored them in a safe and secure location. They were hers and nothing could take them away from her.

That's when we found out that prawn crackers are her favourite snack in the world, and her parents always welcome her home with roti, fried okra, two packets of prawn crackers and one can of Dr.Pepper. That night, Meenal slept hugging the prawn crackers she "stole", and woke up every two hours to nibble at them. In the morning, I found crumbs everywhere but I forgave her because it wasn't her fault. It was the fat kid in her that did it.

Speaking of stealing, when she was in primary school, she religiously stole £2 from her dad's wallet every single day to buy fat-kid snacks. So she'd have a proper breakfast in the morning, buy and eat £2 worth of snacks at 10 a.m, and have her regular home-made lunch at 12 p.m.

One day when she forgot her pencil box at home, her dad drove to her school to give it to her. It was on that day that fatty decided to stock up on her snacks before classes even began. As luck would have it, she got caught with all the food she bought with her stolen money and pissed her pants worrying about what would happen once she got home. But at home, her dad simply told her that if she wanted food, she really just had to ask for money and that there was no need to steal simply because she was hungry all the time. 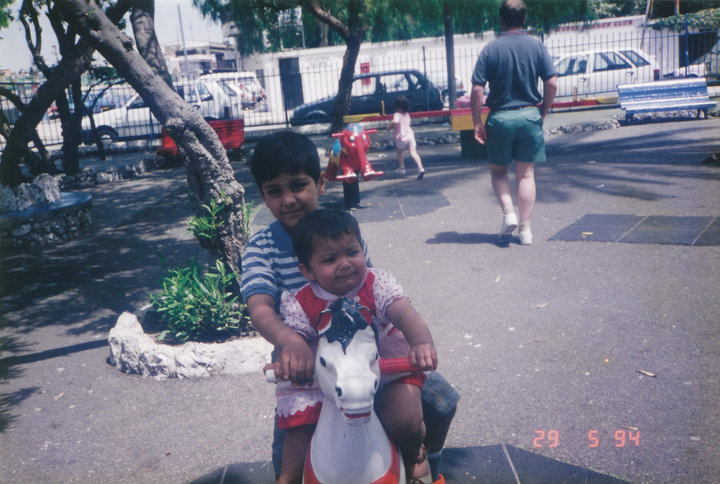 I'll end with one last story about our fat kid. When she was around 7 or 8 years old, she went to the movies with her friend and her elder sister. Obviously, this friend's elder sister was babysitting the two of them, and she'd brought 7 packets of crisps along for them to share during the movie. At one point, she gave Meenal the crisps and asked her to hold on to them till the movie starts. But fatty couldn't control herself so she started munching on them even before they got to the hall. Once they were all seated, the other girls asked Meenal to pass on some crisps to them but there were none to spare. Fatty had actually gone through seven whole packets of crisps before the movie even started. And that's why she never had any friends growing up. And the brave ones who still befriended her after this incident? Yeah, she ate them for lunch later on.

It's been very satisfying to tell her fat-kid stories on this blog. My next post will be titled 'Diary of a Dumb Kid' which will also showcase her. 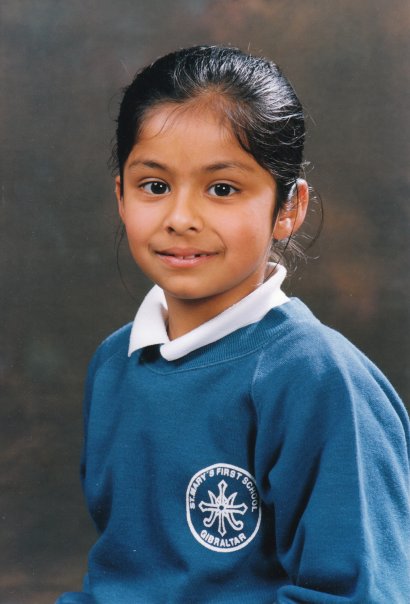 Because I hear that when she was little, she used to call her toes "toads". She also had difficulty saying the words caterpillar, ketchup, jellyfish, and movies. I can't believe I'm friends with someone who used to say capetillar, keputch, jeffylish and novies. It's so not good for my image.