The Husband is a 90's kid who didn't grow up doing the things normal 90's kids did. He never read the Harry Potter series at the right time to anticipate a letter on his 11th birthday. He never really went out and played with other kids because he wasn't raised in a neighbourhood with kids (which is why he took to opening up computers from the age of 5 before he even figured out the right way to hold a screw-driver). He never heard of POGO and watched just Pokémon on Cartoon Network. And he never watched F.R.I.E.N.D.S or other TV shows from the 90's. Basically, I got myself a broken husband.

All this would have been okay had he not been SO FUCKING ANNOYING about it. Let me explain how he gets on my nerves. Last month, he finished reading all seven Harry Potter books. While I was expecting him to turn to me and proclaim his life-long commitment to being a Harry Potter fan, he simply said, "It was okay". I was obviously upset about this and pushed him for an explanation.

"It's really well written. Not the fourth book but I guess she made up for that in the sixth book. But in the end, I feel that The Dark Tower series is better than Harry Potter."

"Have you read The Dark Tower series?"

"Then how can you know what I'm talking about?"

This pissed me off so much that I decided to never read the Dark Tower series just so that I can crap on something he likes. I'm not a very smart person, you see. But what annoys me even more is when he asks me stupid questions like, "Why couldn't they have just enchanted a sniper rifle and gotten Snape to shoot Voldermort while he was busy doing weird shit with that snake of his?"

"BECAUSE THE BOOKS WERE NOT WRITTEN FOR LOSERS LIKE YOU WHO DON'T BELIEVE IN MAGIC AND THERE WAS NOTHING WEIRD GOING ON WITH THE SNAKE SO JUST SHUT UP ALREADY!" #classy

I really don't need this kind of negativity in my life.

That was a month ago and after I punched him in the stomach, he apologised and I forgave him. But now I'm afraid it's happening again. Recently, I conducted an initiation ceremony to induct him into the F.R.I.E.N.D.S programme. We, like all other chronically immature couples, never eat at the dining table. We always eat on the couch while watching a show that we both agree on after much deliberation, discussion, threatening and compromise. And that show currently happens to be F.R.I.E.N.D.S. Before I got him to start watching it, I reminded him of how I sat through all six Star Wars movies TWICE before watching the 7th one. I reminded him how I was never too keen on watching them in the first place but I did it anyway because I knew how important it was to him. I reminded him how the second time around, it actually grew on me and I ended up liking the movies. I reminded him how I was enthusiastic for his sake to watch the 7th movie. I explained to him that I really wouldn't have felt like I missed out on something had I not gone to the very first screening with him but I did it anyway because I love him. I'm going to be a great Indian mother, aren't I?

So the signs I was noticing were these:

Finally, I snapped and confronted him. I paused the show half way through and asked him, "What? WHAT? What is it? Don't you like it? Do you hate it? What's your problem, you whiny little shit?". Those may have been the words, but they still came from a place of love.

He said, "This show is amazing...for it's time. The problem is that a lot of people have 'taken inspiration' from it over time, which makes some of the jokes predictable now. But I still enjoy it. It's really good."

"Well it's not their fault that they were so amazing that other losers copied their jokes. And it's completely your fault THAT YOU HAD TO WAIT ALL THESE YEARS TO START WATCHING IT." #soclassy

Even those words came from a place of love, I swear.

Ever since, whenever I caught him laughing at something Chandler said, I'd say, "Huh, didn't see that one coming did ya?". I need to stop that.

But now, I think it's time to fling some of that crap at myself. Because I just recently started watching Grey's Anatomy. I avoided that for all these years but in my defence, I got hooked soon after the first episode. The Husband had already watched some episodes of Grey's Anatomy and told me that he wasn't going to sit through that again. However, yesterday he sat through one episode with me and destroyed it for me. "That's so not right. That's not the medical procedure for that. See? THAT never happens in real life. This is why I don't like this show. There are just too many flaws!".

And just for the sole purpose of pissing me off, he said "You're not going to like it but F.R.I.E.N.D.S is just the lesser of the two evils."

After which he proceeded to dance his way out of the room like this:

I cannot un-see that.

But coming back to the story, his little act worked and I got so mad that I followed him out of the room, cornered him in the kitchen and said, "You need to understand that it's very important to me that you like this show that I love. You will do whatever it takes to make that happen. Because our marriage and the basis of our relationship kind of depends on it. I cannot live my entire life with you knowing that you hated this show. It's a deal breaker. I regret not having put you through this test five years ago."

At that point, he hugged me and asked me to calm down. And then he burst out laughing saying, "Did you just hear yourself? Can you try that once again with a straight face?"

I couldn't. Because Shane Girish, at the end of the day, 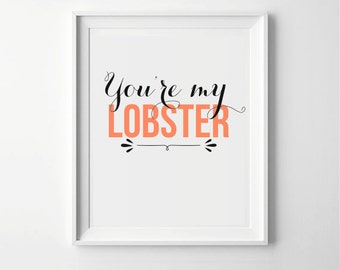