This day started out bright and sunny. You know how it's "Sun's out, Guns out" or "Sun's out, Buns out" for some people?

For me, it's Sun's out, Gums out. And Gums out, Giant teeth out. 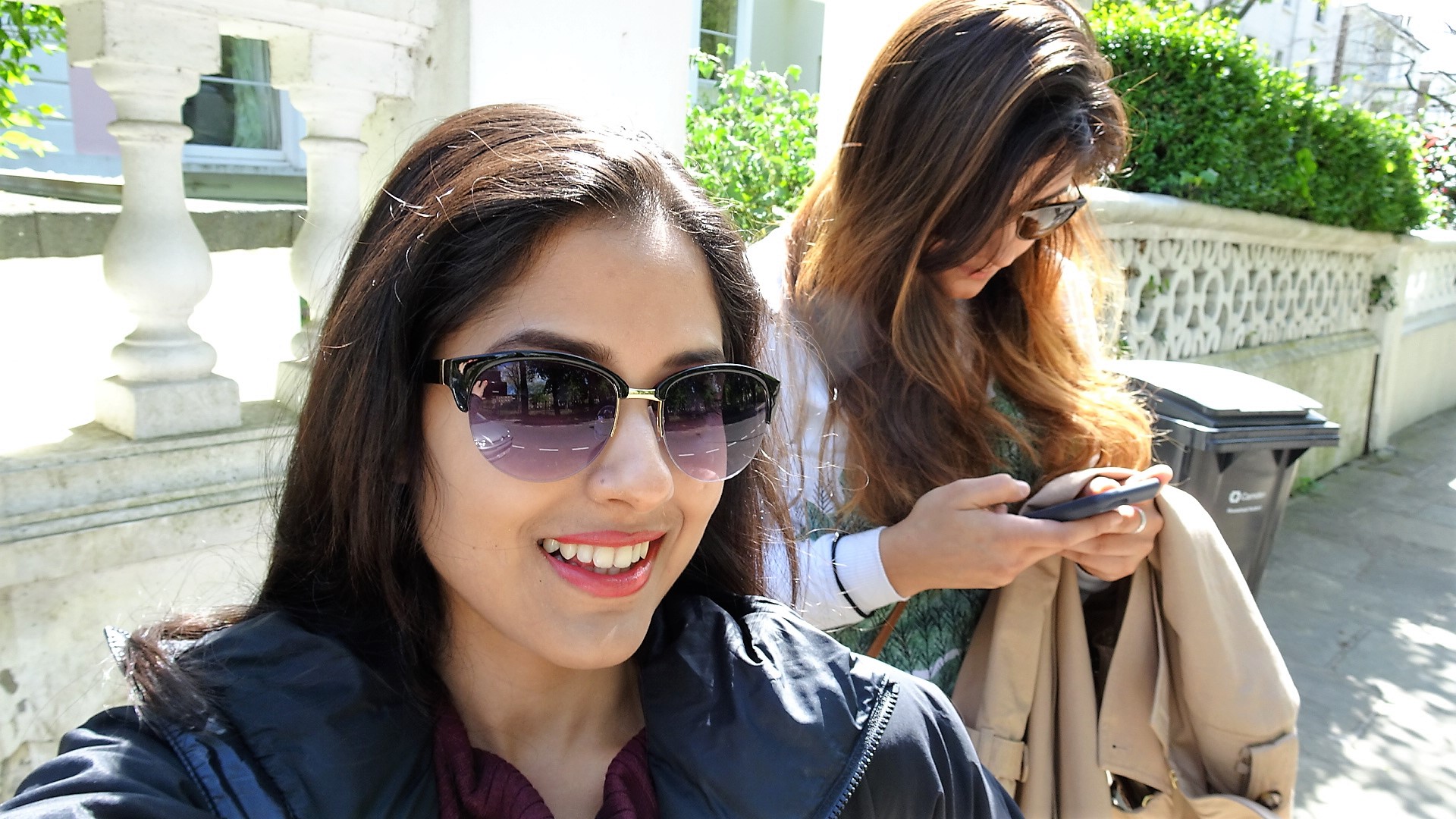 Also, I just want to point out that my forehead and I felt very insecure around Madam Madan and her Mane. At times her Mane would bitchslap my forehead as she turned to face me. And on other occasions, the disturbance in the air caused by the movement of her hair would dry out the saliva in my constantly open mouth. 'Gums out' was not such a great idea after all.

But coming back to her head full of enough hair to strangle two people with, would you believe me if I told you that all she did to make it look like that was wash it the night before and fall asleep? I kid you not, no blow drying or styling went in to make it look like that. I wouldn't have believed it either but sometimes, it's hard to ignore the injustice meted out to some girls in the hair department. I've always been resentful of hair privilege.

The agenda for Day 2 was quite simple - More Harry Potter Shit. That's exactly what we said to each other when we woke up and there was no need to discuss further. So off we went to Diagon Alley, or at least the place that represented most of the exterior of Diagon Alley in the movies - Leadenhall Market. 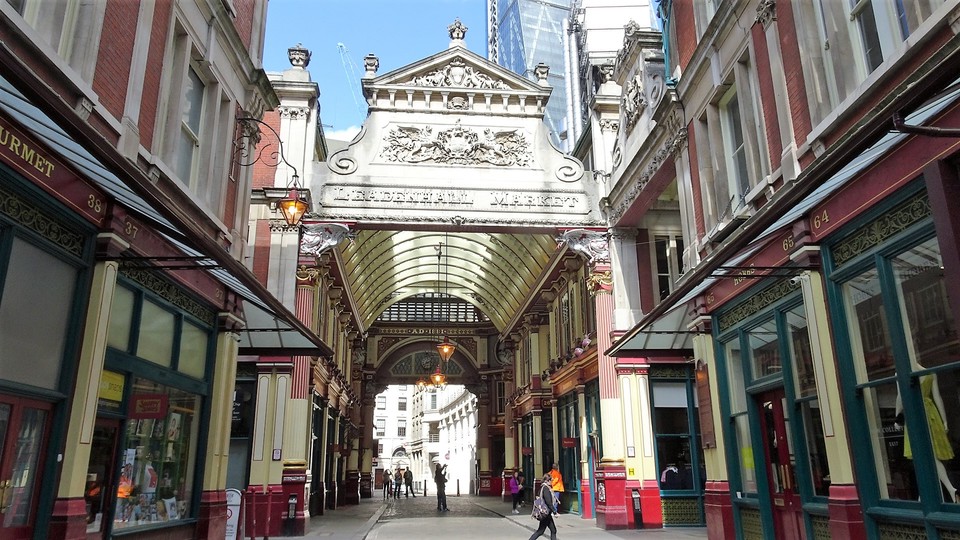 It's a fine Victorian market built in 1881 and you might actually recognize bits of it from the movies. 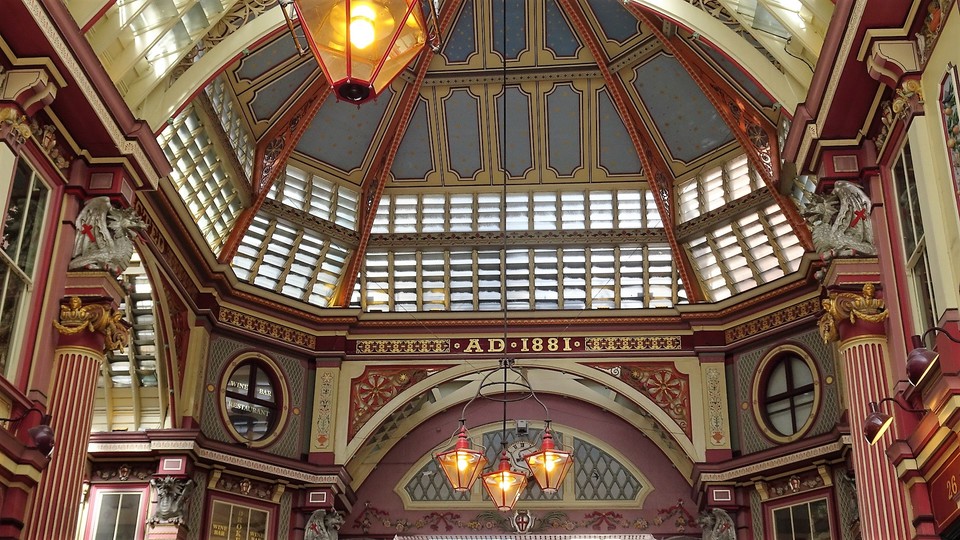 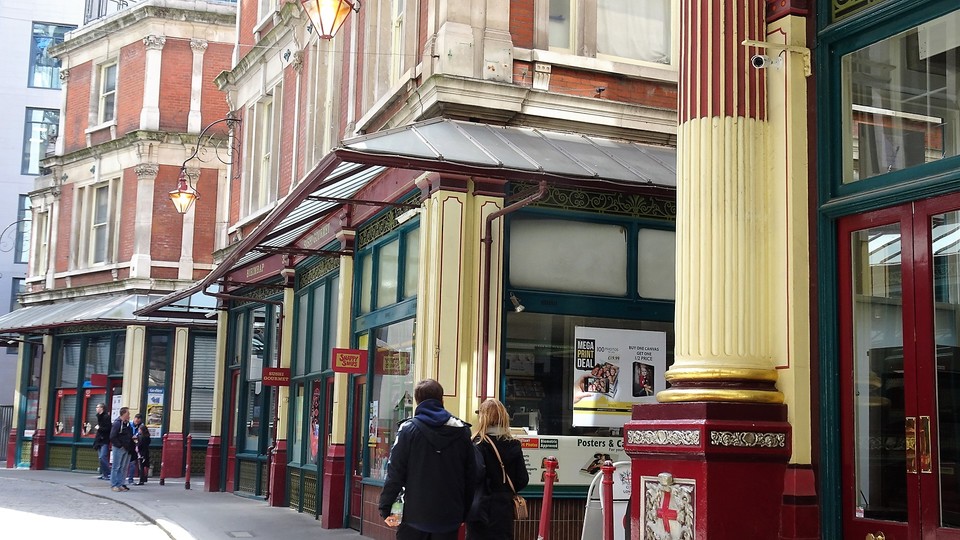 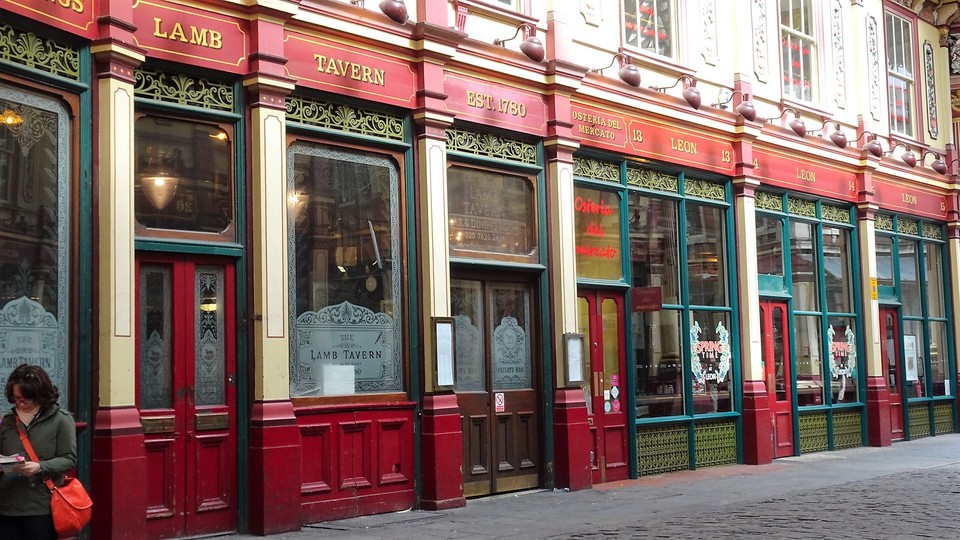 Remember I told you yesterday about the hidden pub called Blind Pig that serves Butterbeer? How fascinating is it that the actual location for the Leaky Cauldron was right here in the Leadenhall Market at the shop of an optician? 'Opticians', remember?

You know, sometimes, I think about all the people who might be reading this right now and thinking that I have a problem. And then I start thinking about Harry's hand-holding obsession again and move on with my imaginary life at Hogwarts.

From there, we proceeded to the Covent Garden market where we were specifically looking to stroll through a section on the other side called the Apple Market. 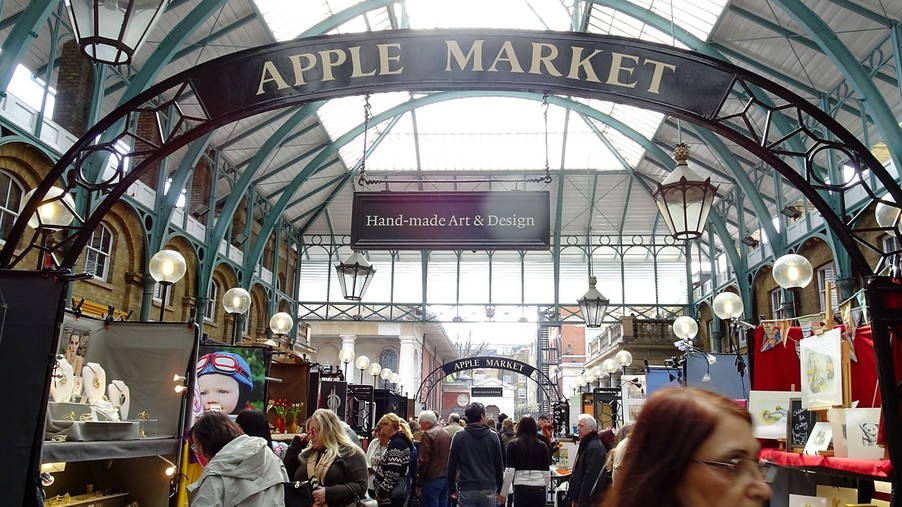 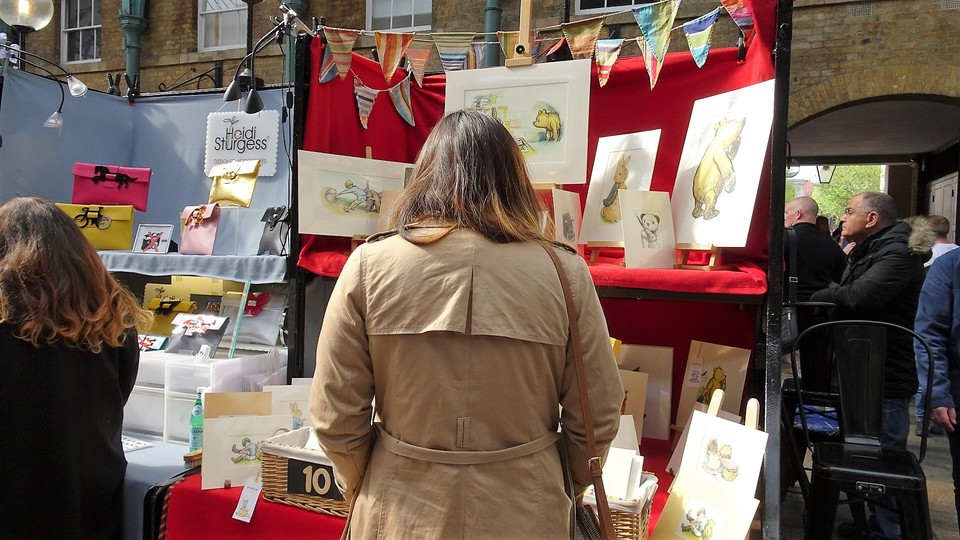 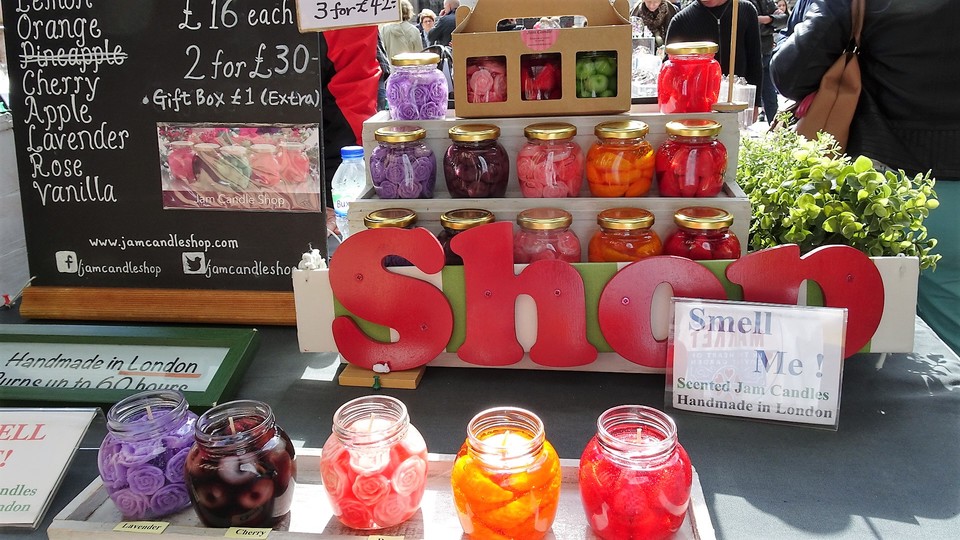 I will be forever grateful for that decision as it's there that I found this gem: 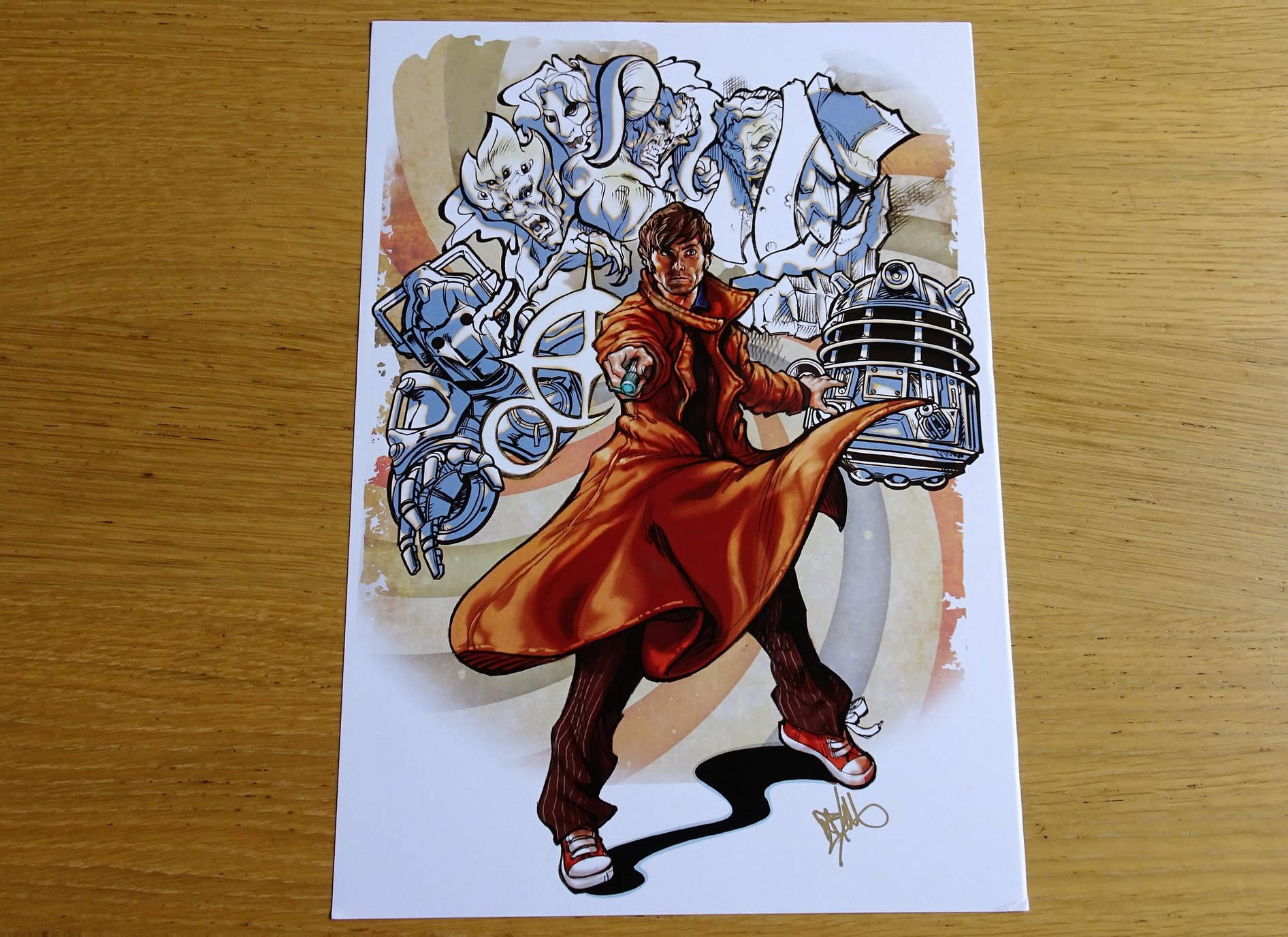 I like to say that I bought it as a gift for Shane but who am I kidding? The most I can stretch this is by saying it was a gift for us. Obviously, he loved it too and this piece of art now has an esteemed place on our bookshelf that we gaze upon from time to time to remark on the brilliance of our favourite Doctor.

When hunger hit, we simply strolled into China Town from there, and what's the point of even mentioning that if not to put up this picture? 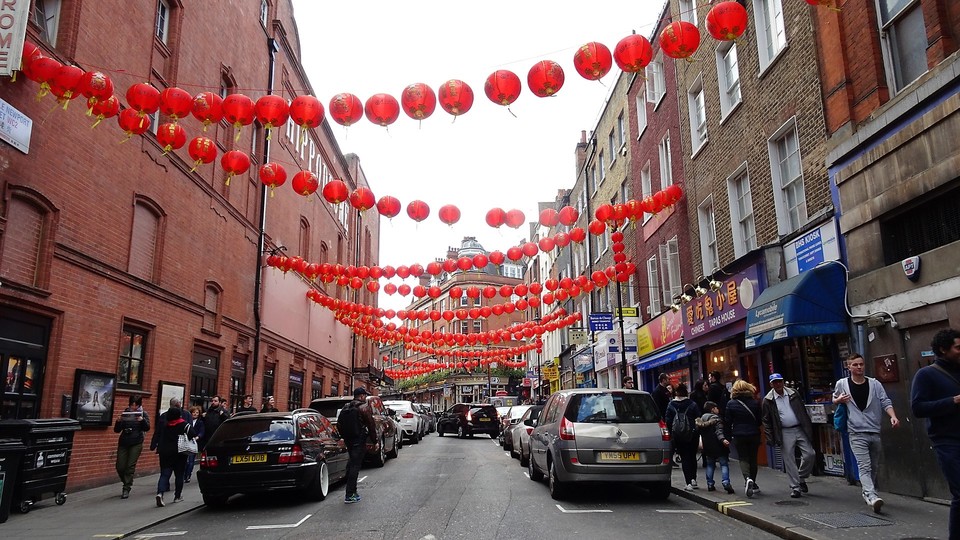 But post lunch, something strange happened. Madam Madan and I are pretty juvenile individuals and often believe that we don't deserve nice things in life because we're too immature to handle them. Okay, that's a lie. We believe that we do deserve all the nice things in life but we're still too immature to handle them anyway. This is the reason why we didn't even buy very good wine while I was there because at one point, I almost smashed our cheap bottle of wine on the floor because I made the mistake of extending my arm to its full length while carrying the grocery bag that had our wine in it. If you didn't already know, extending your hand to its full length while carrying grocery bags is a complete NO in the life of a short person. But I digress.

Post lunch, we somehow, by some sorcery or the other, and by no fault of our own, ended up at Marylebone High Street, one of the poshest areas of London. There, we confidently walked into High Street boutiques to graze through tea towels for £40 and t-shirts for 140. We have no explanation for why we did that to ourselves because it's a strange feeling to realise that you can't even afford a tea towel in a store. But it was good-strange if that's even possible. It was a window into a world neither of us had grown up in or will ever take for granted in the future if we do indeed buy a tea towel for £40. Although, I'm quite sure that our middle-class roots would still not permit us to get that plain t-shirt for £140.

The best part about our stroll through the area was this beautiful bookstore we came across. 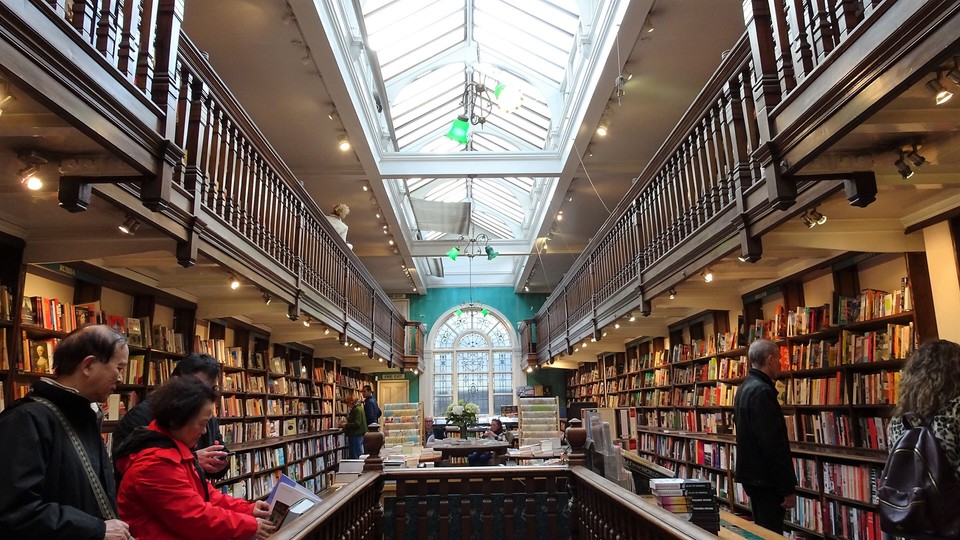 Can you imagine spending an entire day in there, just touching pretty hardbound copies of classics and sniffing through the pages of YA fiction? It would be the best day ever!

But alas, we didn't have all day to spend at Daunt Books because we had a show to catch. 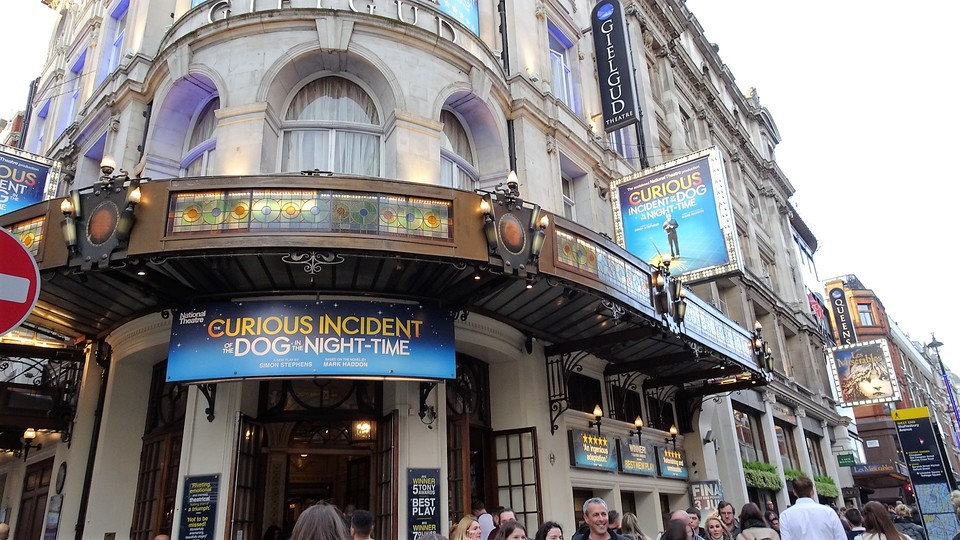 That evening, we watched The Curious Incident of the Dog in the Night-Time and it blew our minds. It's about a mentally handicapped boy who sets out to solve the murder of his neighbour's dog. In the process, he comes to realise aspects of his own life and puts together puzzles about the secrets his parents had been keeping from him. I would say that the basic plot line was quite...basic, but the sets were too good to be real. I couldn't believe my eyes when I saw how they played with lights and props throughout the performance, and the actors were simply brilliant. 100 points to Gryffindor!

By the time we got out, we were quite tired after a whole day of adventures and eating out, so we didn't have it in us to walk into a restaurant or even order food. Food delivery would have been nice but we were totally craving comfort food by then. So we made a plan to cook breakfast for dinner - toast, guacamole spread, eggs, Italian seasoning, sausages - and realised that there's nothing more comforting in this world than breakfast for dinner.

It's a good thing that the prospect of comfort food made us more energetic, or I would have fainted had I unexpectedly chanced upon this: 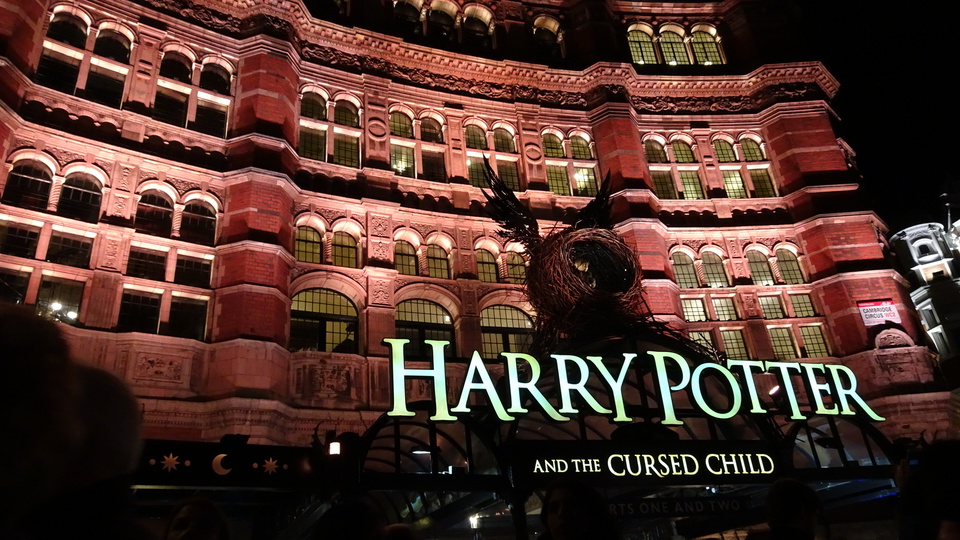 I had no idea that The Cursed Child was playing so close to the theater we went to. Madam Madan knew, of course, and she purposely brought me to a stop right in front of it as a surprise. It's a pity that we won't be able to watch it for a few years because of how booked out the show is, but it was really cool to stand right there, imagining what it would be like to go in one day. I know I sound like a desperate loser but I'm quite proud to wear that badge in this case. Quite proud, indeed.