About six or seven years ago, Shane and The Bromance were exiting one of their university buildings after an exam when the former walked up to a door that clearly said 'Pull' and began pushing. I can imagine The Bromance's tired expression as he probably stood there looking at Shane, wondering how the hell he became friends with such an imbecile (because that's the way he looks at me every single day). But neither of them noticed another mute spectator to this act of idiocy - a professor who later walked up to Shane, opened the door the right way and said, "Clearly an Engineer".

That phrase has stuck ever since. Every time Shane does anything even remotely stupid, we all make it a point to call out the fact that he is "clearly an engineer". And since I happen to live with him, I get to say it about twice a day. Because for all his seemingly superior puzzle solving skills, Shane can sometimes be the biggest dud you will ever come across. That's the reason why we assigned him the Cone of Shane during a session of Exploding Kittens before the game even started. 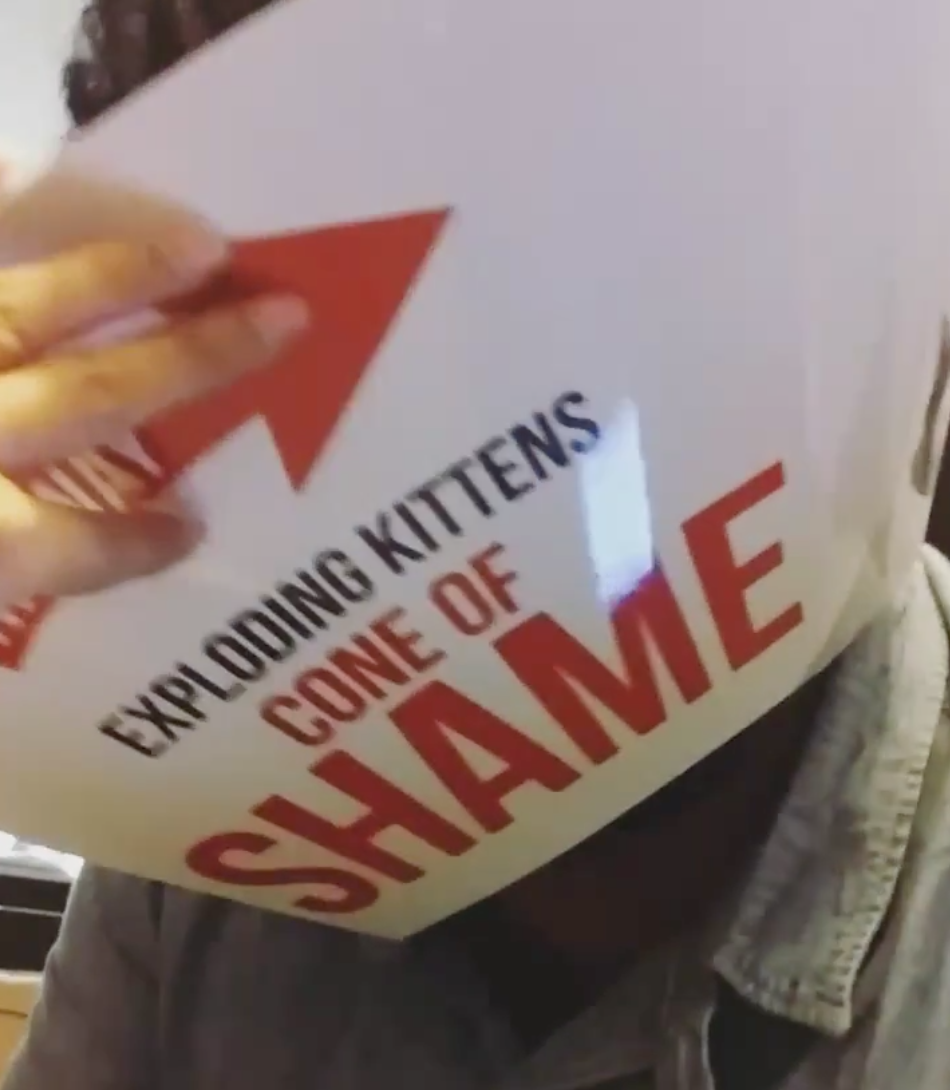 It has to be worn by the loser who forgets the direction in which we would be taking turns playing and although we were just three in number, we knew in advance that he would forget in the first round itself. And he did, because he's "clearly and engineer".

But moving on, for the past couple of weeks, Shane and I have been in the routine of cleaning and organizing the house every Sunday. So if I hoover, he mops; if I clean the surfaces in the kitchen, he takes care of the living room; if I scrub the shower tiles, he scrubs the toilet and vice versa. And I have been noticing how I've been repeating this phrase over and over again during our cleaning rituals. For some reason, a part of Shane's brain completely shuts down during cleaning and he either asks me the same doubt a hundred times or he does something completely moronic. Here are two examples for both these situations respectively:

What started out as me jokingly saying, "clearly an engineer" every once in a while soon turned into me resentfully muttering that phrase under my breath. Nowadays, when he asks me "what next?", I patiently explain all the steps in one go because I've memorized it due to constant repetition. But when that's followed by, "I didn't catch all of that so I'll just ask you again when I get stuck", I start setting cleaning devices aside, remove my gloves, clear my throat, and start my Indian-mom-speech which is a classic combination of reproachfulness and shaming. This speech, again, is so well rehearsed with constant repetition that it's now a part of our cleaning ritual.

"What do you mean you're going to get stuck while cleaning a toilet? There are literally five easy steps and not only have I detailed these steps to you each time you cleaned the toilet, but you've had the experience of cleaning it a hundred times before. Aren't you an engineer or something? Don't you have a masters degree? Doesn't your job entail a step by step completion of tasks? Explain to me then, how someone like you, who can't even perform this basic task is capable of holding such a demanding job? IT DOESN'T COMPUTE."

After which, we stand there having a staring match and at this point of the ritual, I always feel like I just had a mic-drop moment and the mom-speech totally rocked. If I hadn't just cleaned the shower, I would have spat on the floor while maintaining eye contact with him.

And then he says, "Why don't you take that hoity-toity YouTube knowledge of yours and shove it up your snooty arse?"

So the spitting-while-maintaining-eye-contact inevitably happens and we go back to cleaning in silence.

And here I was thinking that my life was getting too boring and that I should sign up for Saraha myself. I guess I'd rather be tweaking my mom speech to get a different reaction from him each time especially since he deliberately expels all the unnecessary cleaning trivia from his brain in preparation for the following week. It's quite entertaining to be living with an absent-minded individual after all.