Good Morninnnng from 22 Nelson Street! Shankita are all packed and ready to embark on their first camping adventure. The wife intends to return in one piece but she makes no promises. The husband spent a major chunk of his time last night putting on his backpack and admiring his manly strength in front of the mirror.

But in other news, we cancelled Galloway because Scotland has not been cooperating with us. The purpose of choosing Galloway Forest Park was all the stargazing that could have been done. But Scotland asked us to fuck off by deciding to pee all over our plans. The weather forecast as of last night predicted heavy rains where we were going, so stargazing was out of the question. Hence, we chose picturesque landscapes over breath-taking views of the Milky Way by settling on Cairngorms National Park. And every time I said "we" in this paragraph, I meant Sir Campsalot because "we" as in The Husband and I are still pretty clueless and useless in terms of planning for this trip. Sir Campsalot had also given me some homework in terms of researching the things I wanted to do once I got there but I just remembered about my homework while typing out this post (oooooops?). And as far as the weather is concerned, we woke up to a sunny day in Edinburgh so I have no idea what's going on. Scotland seems to be on her period. 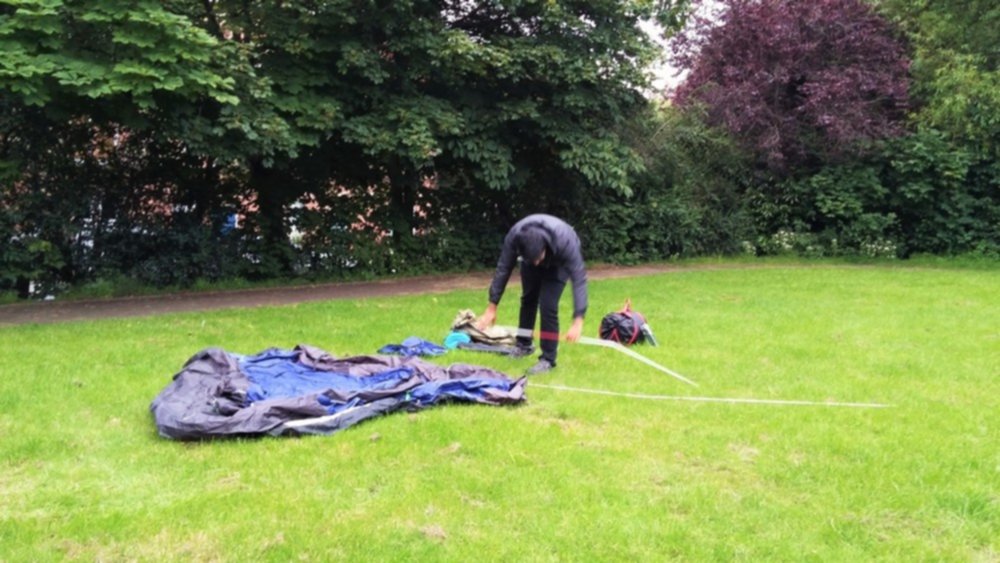 My contribution was in whatever is the equivalent of back-seat driving in tent-pitching terms. What's more, I couldn't figure out the opening to the tent even after The Husband pointed it out to me. That's because he forgot to point it out to me in the language of STUPID, my mother-tongue. While we were practise-pitching our tent, we were greeted by a bunch of cute dogs who went bat-shit-crazy with excitement when they saw all the various toys they could potentially play with. The dog owners stopped these dogs from playing with our tent supplies but by then, my ovaries were on fire with all the otherwise non-existent maternal instincts kicking in. They were so cute that I began chasing them and cooing, "Hey doggie! Come to mommy!", until one of them actually came to mommy and pooped right next to her. Then mommy pretended as if she had to go looking for the opening to her tent so that she could curl up and think about the horrors of poop that come with being a dog-parent. Or any parent, for that matter.

That said, we're all packed and ready to go. 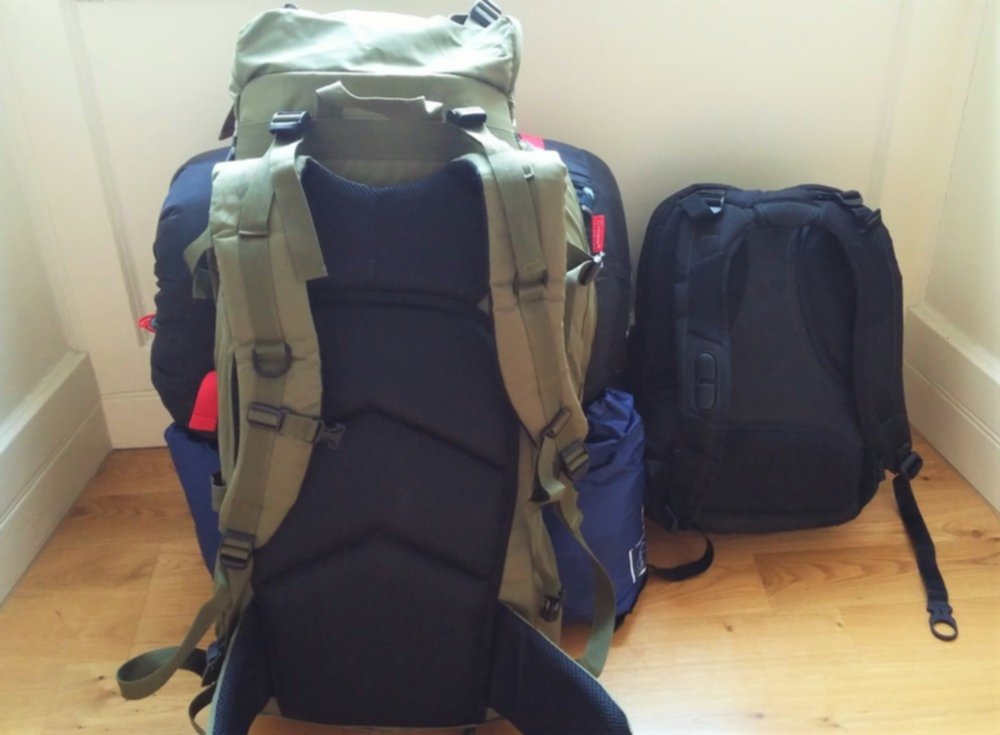 Obviously, I will be carrying the one on the left because it reaches up to my shoulders and if things go south, I intend to curl up inside it and pretend to be dead. This is going to be a very new experience for me and I'll tell you all about it on Tuesday. I think I might be able to update my Instagram but it depends on the blessings of the internet gods. Until then, goodbye!

May you have a magical weekend :)