Yesterday, I woke up to some unpleasantness. It's never nice to feel cast out of a social group, no matter what tier of importance they hold in your life. The one I was having trouble with yesterday has been in my life for close to a decade, and for most of that time, I remember being anxious and eager to please them, to feel accepted and liked by them.

I gave it my all for the first half of the decade, all the while being perplexed by the insults they threw at my physical appearance and other characteristics that had nothing to do with getting to know me as a person. I was a teenager when all this began.

By the time I was in my early twenties, I thought they had crossed all possible lines and I practically cut them out of my life.

That was a sigh of motherfucking relief. I no longer cared about their opinion of me because when you cut someone out of your life, they can shove their opinions up their assholes, which often double as orifices these opinions spew out of anyway.

And while they were sat in a corner doing that, I lived my life.

I built my tribe and surrounded myself with the kindest, most generous, and baddest badasses in the world. Today, if I were to fall, I'd have an army of superheroes (you know who you are) who will lift me the fuck up, dust me off, and hold my hand until I regain my balance.

My foundation is strong and so am I.

But a year or so after I asked them to shove it, this social group I mentioned earlier began to crawl its way back into my life. I ignored their overtures in the beginning. As in, I literally ignored messages and phone calls from them. But they were persistent and there's a part of me that admires that quality in people. There's also a part of me that believes (or shall I say used to believe) in second chances.

By now, I was starting to develop into my own person and I knew that they had no power over me. So I gradually welcomed them back. First into my inbox, and eventually into my home, life, and most regrettably, my mental space.

Things started out being different this time around. As in, they treated me like a human being which was more than I could have hoped for once upon a time. At one point, they even said the words, "we are proud of you", and I was SHOOK!! All-caps-with-two-exclamation-points shook.

Looking back though, the signs were all there. Teeny tiny signs that a leopard never changes its spots etc. Signs I ignored because I wanted to believe with all my heart that they finally accepted me as a person. That in our own little dysfunctional way, we would all get along and march into the sunset together.

What a naive little idiot I was. (Cue soundtrack: SHUDDAP YOU LITTLE ASSHOLE BASTARD! )

The first thing I woke up to yesterday was the realisation that nobody in this social group, despite multiple members putting their itty-bitty brains together to plan an event, had thought to include me in it when they included my husband.

For someone who's usually not comfortable with confrontation, I immediately brought this up with them and made it explicitly clear that I was hurt. Being my parents' daughter, I remembered to be extremely polite and respectful when I asked if this mistake could be fixed (which I knew it could, by the way - the math is so simple, even they could do it).

But their utter lack of enthusiasm (laziness, even) to fix this mistake was heart-warming. So heart-warming that I had to resist the urge to shove my hand down my throat and pull my heart out so that it would finally 👏 stop 👏 making 👏 my 👏 blood 👏 boil.

The cherry on top though was reading the words, "Well Shane's name implies both of you guys". Such an intelligent and colourful excuse for excluding me that it made me see red.

How, pray, do you explain to someone that in the 21st century,

But do you want to know what's amazing about this whole thing?

Although my blood is still boiling (could you even tell?), I feel FREE.

Free of any obligation to give a shit, show up, or play nice.

And let me tell you something. THAT'S a sigh of motherfucking relief.

Don't believe me? Just look at how well I slept last night knowing that I have emotionally closed some doors for good and don't have to even pretend to care about these people anymore: 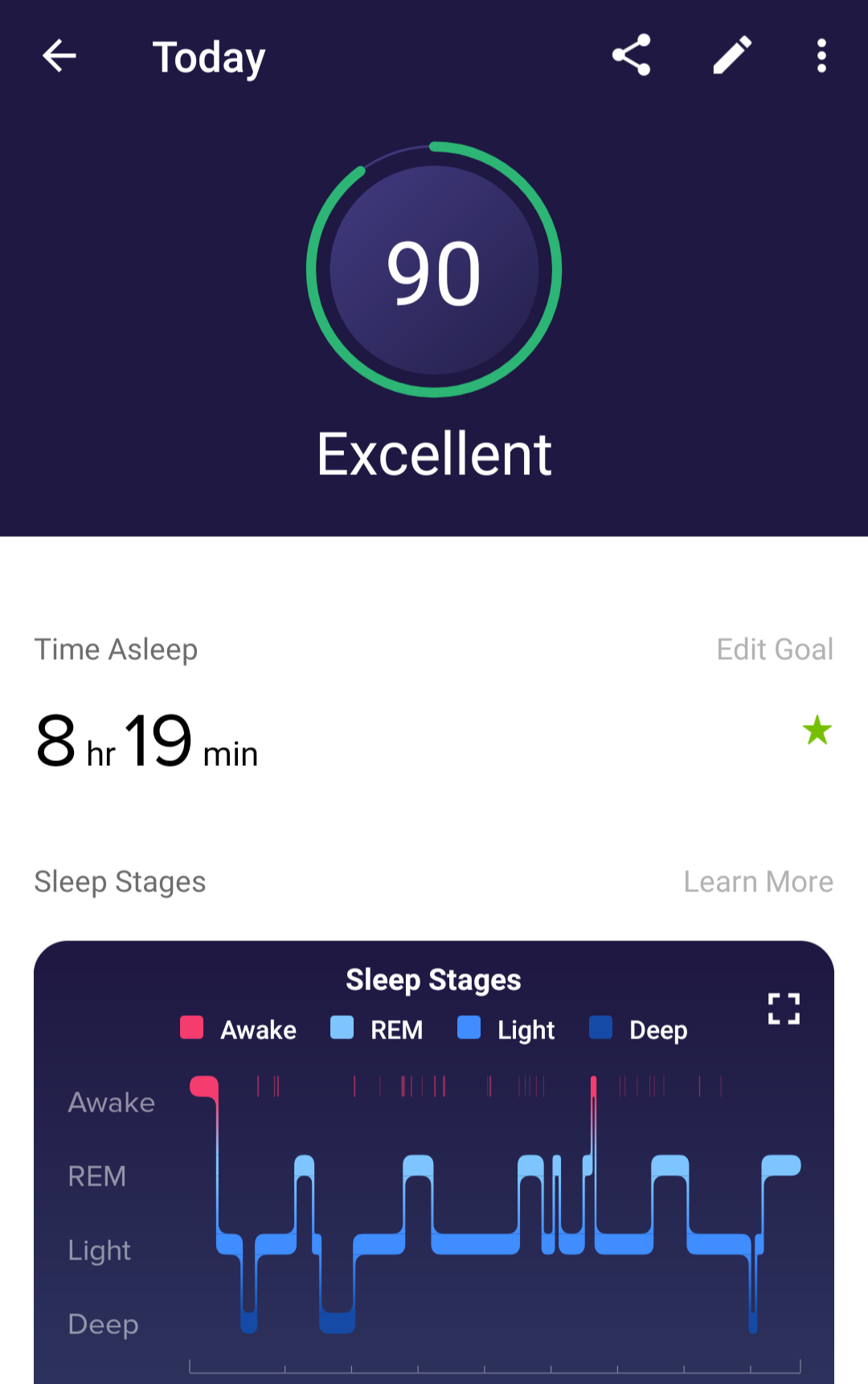 And when I woke up this morning after sleeping that well, I started writing this blog post, had a great day at work, treated myself to a nice lunch, and got my 13000 steps in, before finishing this post in the evening and scheduling it for release first thing tomorrow morning.

And do you know what they did all day?

WHO CARES? Because they can SHOVE IT, once again, and for good.