Last Sunday while we were camping at Newtonmore, we decided to hike on the trail that leads to Kingussie via Loch Gynack. Before we even got to the trail, we were all super distracted by the awesome Highland homes that studded our path to the trail. These homes had lush green backyards with slides and trampolines and football nets for kids to play in and seeing them, all I wanted was to be a kid who could have a Highland childhood. But another peculiar thing about most of these homes was that we noticed a pattern of outdoor dummy cats in various colours in almost every garden, backyard and store. 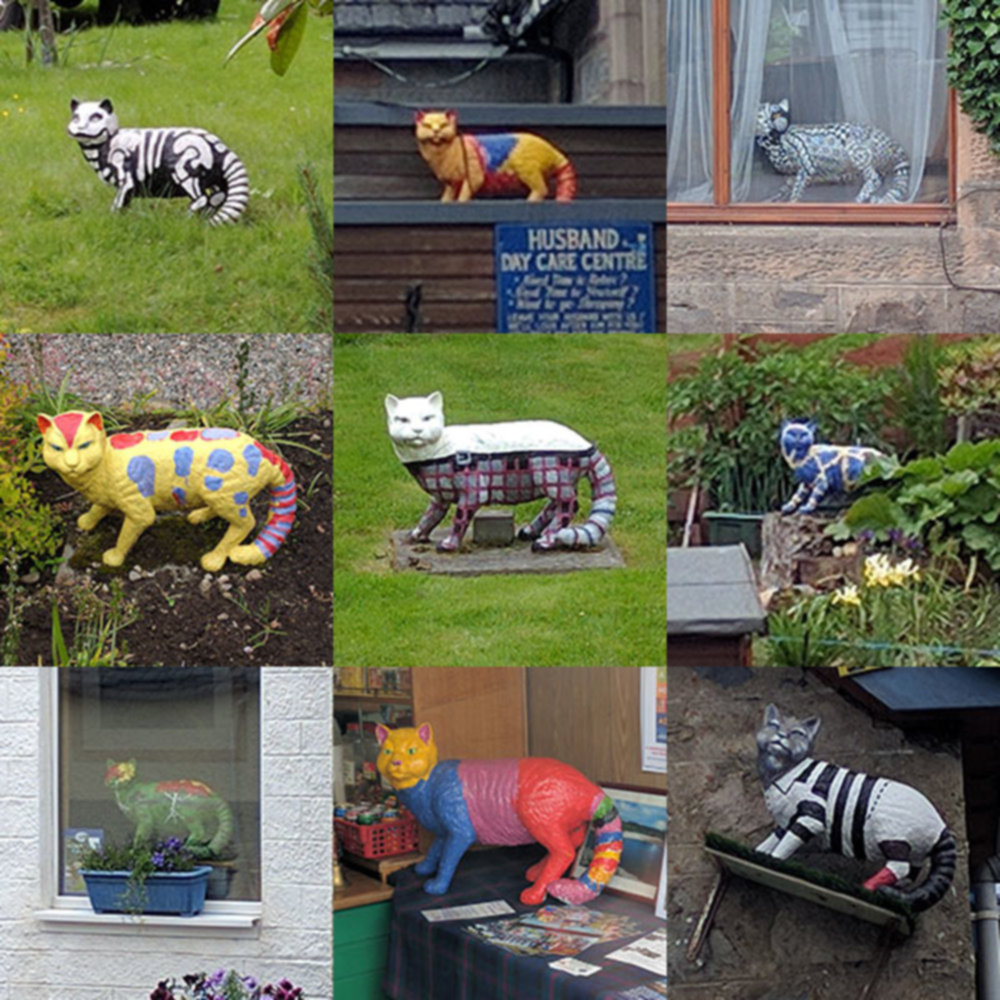 Notice how the one in the middle is wearing a kilt? Oh, Scotland!

We were aware that there was a wildcat trail along the same route but I'm not sure if that had anything to do with all the dummy cats in the area.

While most homes had dummy cats, some had real dogs that made my ovaries (yes, both of them) explode: 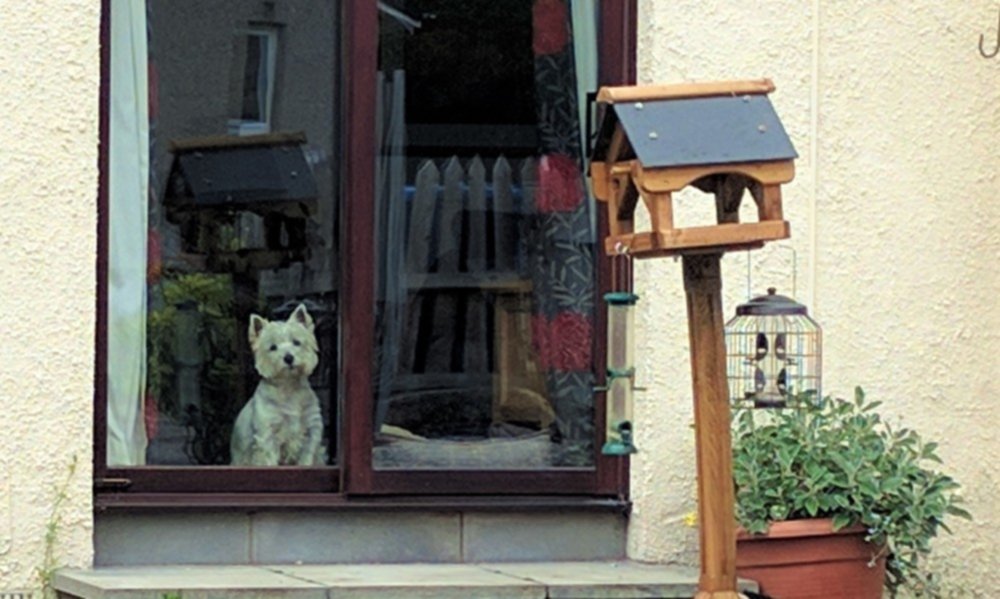 Some had garden dolls: 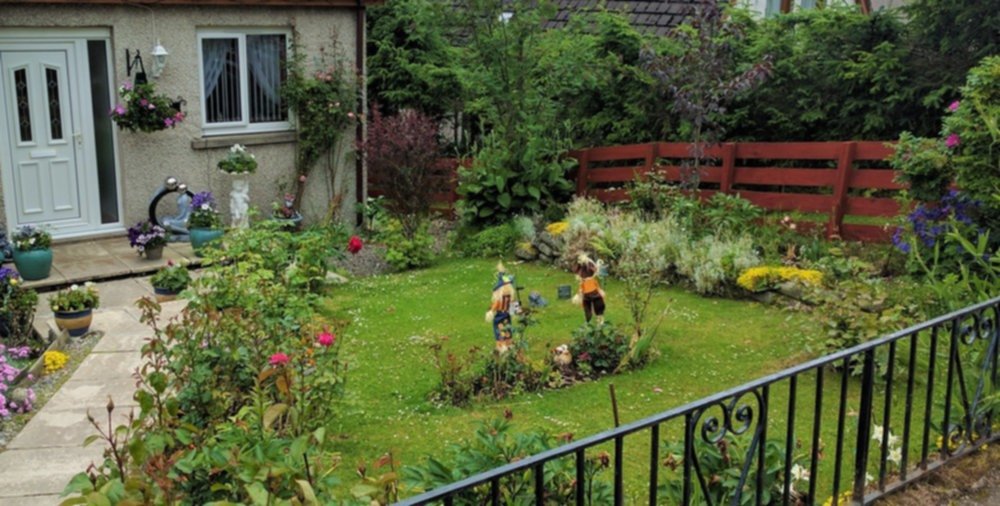 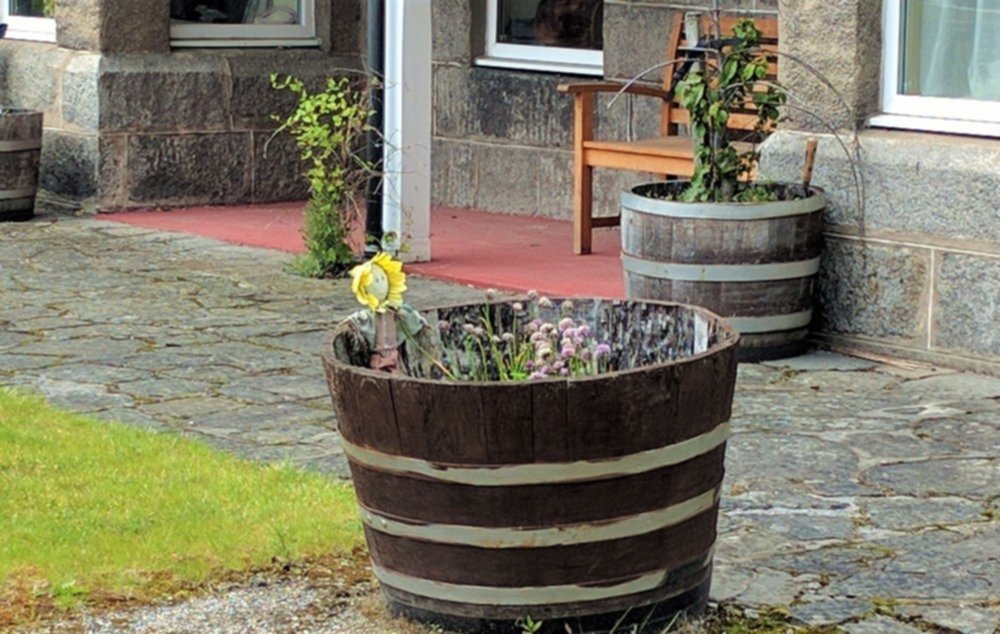 While others had dummy bears. Like gummy bears, except they were made out of wood and were much bigger in size. Two months later, I will come back to read this line and laugh at my own joke because no one else does. 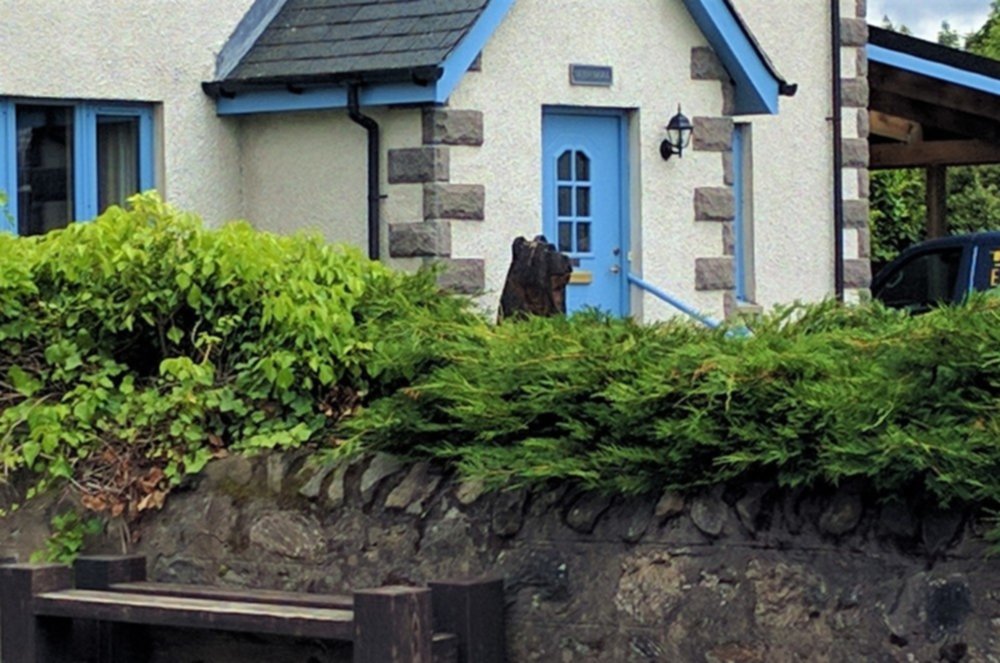 Speaking of bears, when we reached one of the last homes before our trail started, we saw two dummy bears in their garden and Lady Campsalot put an idea in The Husband's head that had something to do with the phrase "Bear, Bear and Maiden Fair". Hence, this happened.

While I wasn't too comfortable getting that photo taken in front of someone else's home, The Husband kept reassuring me that "It'll be fiiiiine. If anything happens, we can always apologise later!", and you should know that he's a very loud man. He might have even wanted me to get closer to the property for that pic but I didn't listen to him. Thank God for that.

Because when we later zoomed in to the main image that we took, this is what we saw:

Yep, that's the owner's head sticking out of the back of the house and yep, he doesn't look very pleased. And the one thing we know for certain is that this dude who does not look very pleased surely heard the words "WEEEEE CAN ALWAAAAAAYS APOLOGIIIIISE LATERRRRRRR". Loud and clear. By the time we walked away from the the house, we even saw him at the front door, checking for signs of damage. We didn't realise at the time that we were returning home with a meme. And I honestly don't know how stuff like this keeps happening to us.