From the time I can remember, I was aware of that one room/area of the house that acted as the Room/Area of Prayer. That's where we got together as a family almost every single morning and evening to recite our prayers. Unfortunately, I never learned the meaning behind most of the prayers I recited as a result of learning them by-heart due to the continuous exposure to my parents' recitals. As I grew up, I was sent to Balvikas classes every Sunday, Bhajans every Thursday, and to Veda classes every other weekday. I was taught the scriptures and was told countless stories on spirituality and religion. When I look at it all now, I realise that my parents had done everything to bring me up as a perfect fit for our society. Although how I turned out in the end, is all on me and on the choices I made.

I must confess that often, my mind would wander during these recitals. It was only later when I realised that a wandering mind was okay that I stopped feeling guilty about what I believed was my low attention span. What I had been doing since childhood was a mode of meditation with oral recitation that helped me on many levels of growth. And hence, the spiritual element to my existence had been cultivated from a very young age.

As I grew up, I began to sift and pick everything good from all my lessons and from the exposure to the perceived spiritual world of my childhood. I was careful not to take anything word for word, and chose to incorporate the values of kindness, love, and charity into my daily existence. With further advancement in age and with wider perception, I began to reject almost everything that was institutionalised because the deeper I dug, the lesser sense it all made to me. So instead, I chose to hold on to all the values that I had sifted out for myself earlier.

I have mentioned many times how I have the tendency to get excited about all the small things in my life. The Husband often calls me melodramatic when I start sending out gratitude for all the little things like good ice-cream and fast internet. Being grateful, to me, is being spiritual. Being aware of my surroundings and counting my blessings, is spiritual. Avoiding the impulse to raise my voice during an argument is spiritual. Loving is spiritual.

Owing to a few recent developments in the past week, The Husband has been taking me out on long walks to clear my mind. It was a simple exercise that he started with me and I never gave it much thought initially. When he suggested it in the first place, I merely thought that some fresh air would simply clear my mind. I'm sure he thought the same too. It's only when we started walking regularly without a plan or a direction, exploring random streets in the neighbourhood, and communicating without distractions that I realised that this simple act of walking is the best thing that has ever happened to me in all these years of my life. Walking alone is amazing. But walking with someone you love talking to, someone who let's you be yourself in their presence, someone who doesn't judge, someone who simply loves, is beyond compare. This simple act of walking with a person I love turned into the most spiritual act I have ever committed in my life.

Over the years, I have observed The Husband, his openly agnostic views and his fearless manner of questioning everything around him. I have accused him on many occasions of being a sceptic, a nihilist and a cynic. When I go, "Isn't that just wonderful?", more often than not, he'd say, "It's okay.". When something goes wrong, I used to be the kind of person who would say, "My life is over!" while he would simply shrug and say, "No it's not. The problem is irrelevant in the larger scheme of things. It'll pass.". I will never argue with anyone who says that opposites attract because The Husband and I are living proof of the same on many levels. But at the end of the day, our ground values and beliefs are exactly the same, making it possible for two seemingly different people to get along just fine. 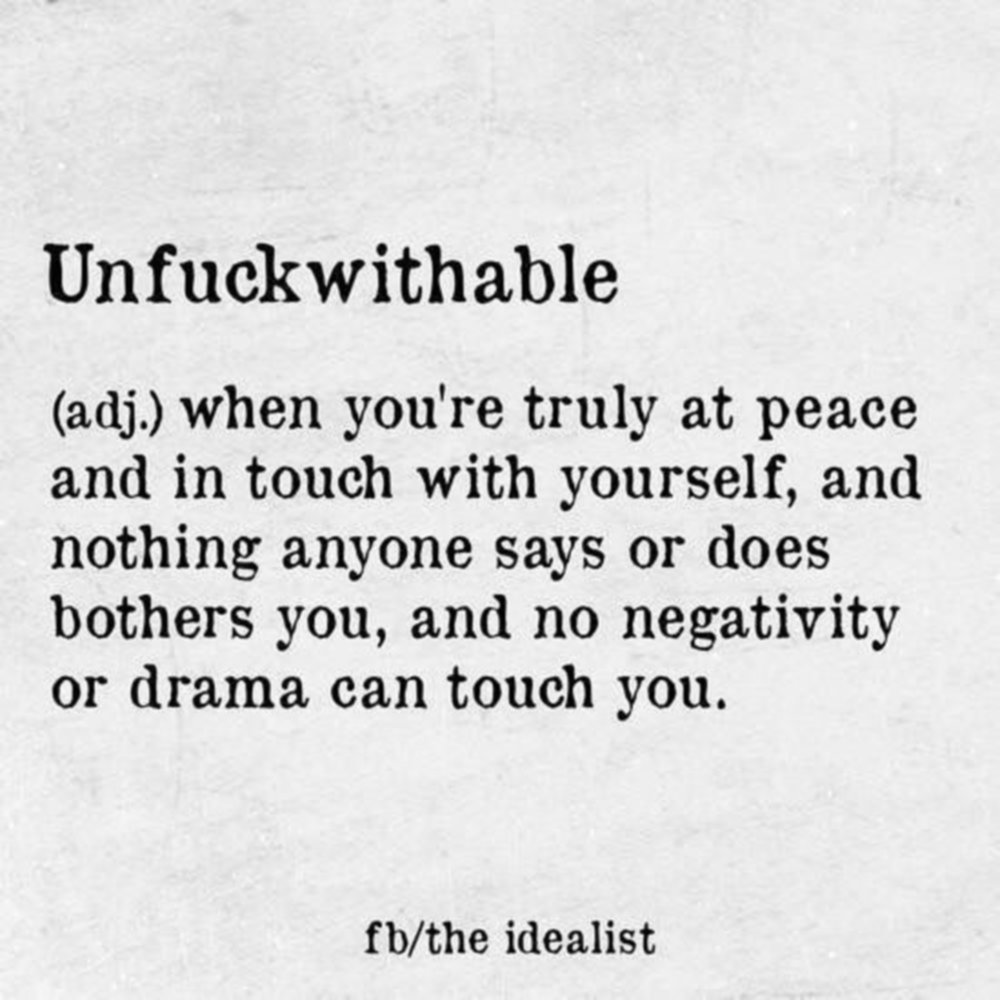 As you may have already guessed, he just did his characteristic Shrug and Meh.

That's when I got thinking. Isn't that what everyone, every religion, aims for? To reach that stage of finding inner peace and not being affected by a thing anyone says or does? Of being at so much peace with oneself that the developments (or the lack of it) in another person's life means nothing to you? To be able to identify what makes you happy and to choose to stay away from what doesn't? To get your priorities straight and to fight for the same? To mind your own business, to keep your nose on your face where it belongs and not in another person's pie, and to work towards self improvement without ruining another person's chances at gaining the same? To live your own life in the pursuit of your own happiness, finding this happiness and being content with it?

It makes perfect sense to me now. After he shows me some kindness, helps me out with something or does me a favour, I ask him why he had to go to such lengths for my sake. His reply is so strikingly straight-forward that it actually makes perfect sense. He says that by doing what he did, he made me happy, and when I'm happy, he's happy. It's a kind of selfishness within selflessness. It's simple. And it's beautiful. That, to me, is spiritual.

I pray for all of you to reach that state of being "unfuckwithable" while I try to get there myself :)