Ever since we binge watched Doctor Who and heard Clara Oswald utter the words "Run...run, you clever boy...and remember!" to the Doctor, Shane and I have been misusing that line. We cannot help it. It's one of our favourite Doctor Who lines and I personally love saying it to Shane every time I'm feeling dramatic (which is all the time).

Today, I celebrated the birthdays of two of the three most important people in my life - my mom and Shane. Shane finally turned 25 and my mom went on a date with my dad as if she's still 25. I couldn't be happier. Actually, if you think of it, my parents celebrated my mum's birthday the way normal youngsters would do by going to a movie followed by a dinner date. Shane and I on the other hand, celebrated his special day the way older people would - by staying in, binge-watching Netflix, and feasting on home-cooked meals. But I'll get to that later.

By the time this post goes up, my parents would have already turned in. So, I'm going to wish my mom a belated happy birthday on this blog, in time for her to read it first thing in the morning. From applying a mixture of curd and turmeric all over my body when I was little to giving me hot oil head massages until the day I left home, you've looked out for me at all times. Everyone knows I've not been the perfect child you deserved, and I've put you in a lot of situations where you've had to defend my choices. For handling yourself with utmost grace when I was criticized and for never letting anyone's hate get to you, I worship you. Maybe someday I'll learn to be as graceful as you. I owe my everything to you and I love you, Amma! 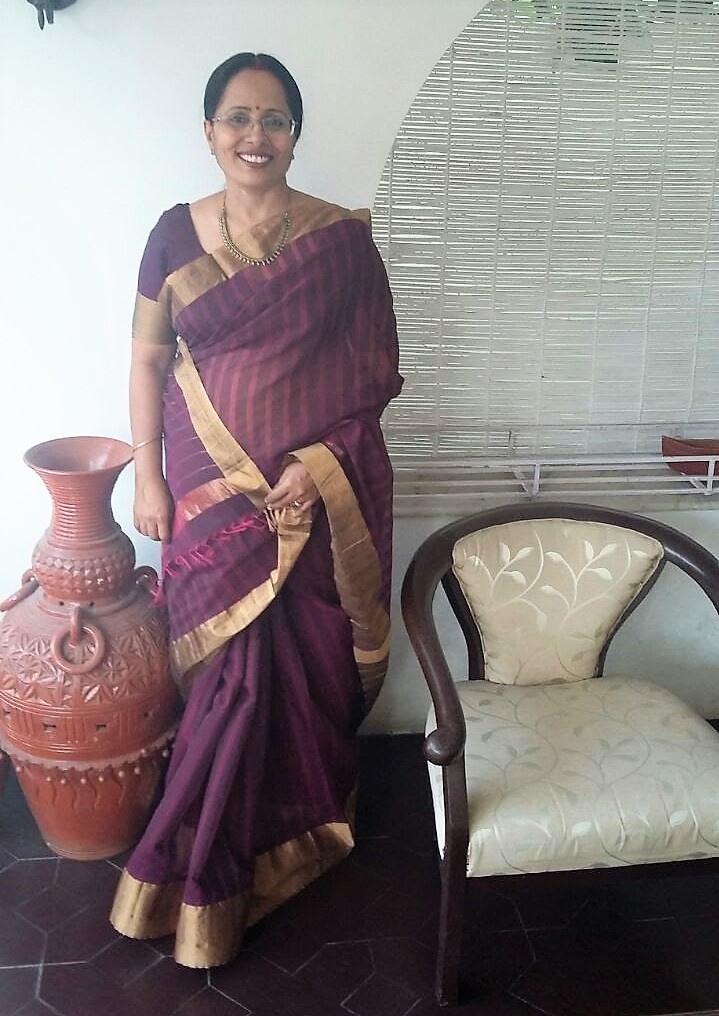 The next part of this post is going to be all about Shane because he is, after all, the biggest love of my life and I'm sure my mom understands when I say that I kinda sorta love him more. Even when I was dating him, I never understood the concept of loving someone more than your own parents. Especially since I never had any siblings growing up, my parents were my world and there wasn't a single person or thing that I loved more than them. But now, at this stage of my life, I finally get it. I can't explain how or when it happened but with time, it does seem like my clever boy has taken up more space in my heart.

But man do I hate his clever crap sometimes! Remember the fuss I create around the time of my birthday? Remember how I always take charge of my day and plan everything perfectly for myself so that I have the best birthday ever? Every year, I like to say "in your face, last year me!" in true Monica fashion. And in 2016 especially since I was turning 25, I made an even bigger deal of "taking charge of my day". So guess what my husband did on his birthday? He copied me and shut me up.

DIDN'T HE KNOW that my biggest pet-peeve is a copycat? Shane one-upped every copycat by using my strategy against me. You see, he hates all kinds of birthday festivities and generally prefers if people didn't even wish him on his birthday. He absolutely loathes birthday cakes and will without a doubt puke right on one if he's asked to cut it in front of an audience that gathered to "surprise" him. And since I'm quite the opposite of him in this regard, I still like to make a big deal out of his birthday too. So I was going about planning his day for him when he came up to me and said, "I'm going to take charge of my birthday this year the way you always do. And by that I mean, it's going to be my perfect day. And by that I mean we won't get a cake, we won't get out of the house, I'll get to play video games all day". I really need to stop setting an example for young people to follow especially when it interferes with my need to control everything.

So that's what this day as been about. Since he said no to cakes, I made him an apple crumble last night (you can watch the story on Instagram if you hurry) and at midnight, we were busy going through video clips we took with Meenal, trying to edit everything and create this video:

We went to bed at 6 a.m but I can't tell you how fun it was reliving all those memories and putting that video together.

And because we stayed up all night, we woke up only by noon and as promised, I made him huge quantities of his favourite meal for "breakfast". While I was getting the food ready, he started playing a game in which (surprise surprise) his character was a 150 cm tall archer called Monki. So I slowly crept up on him and slipped him this card. 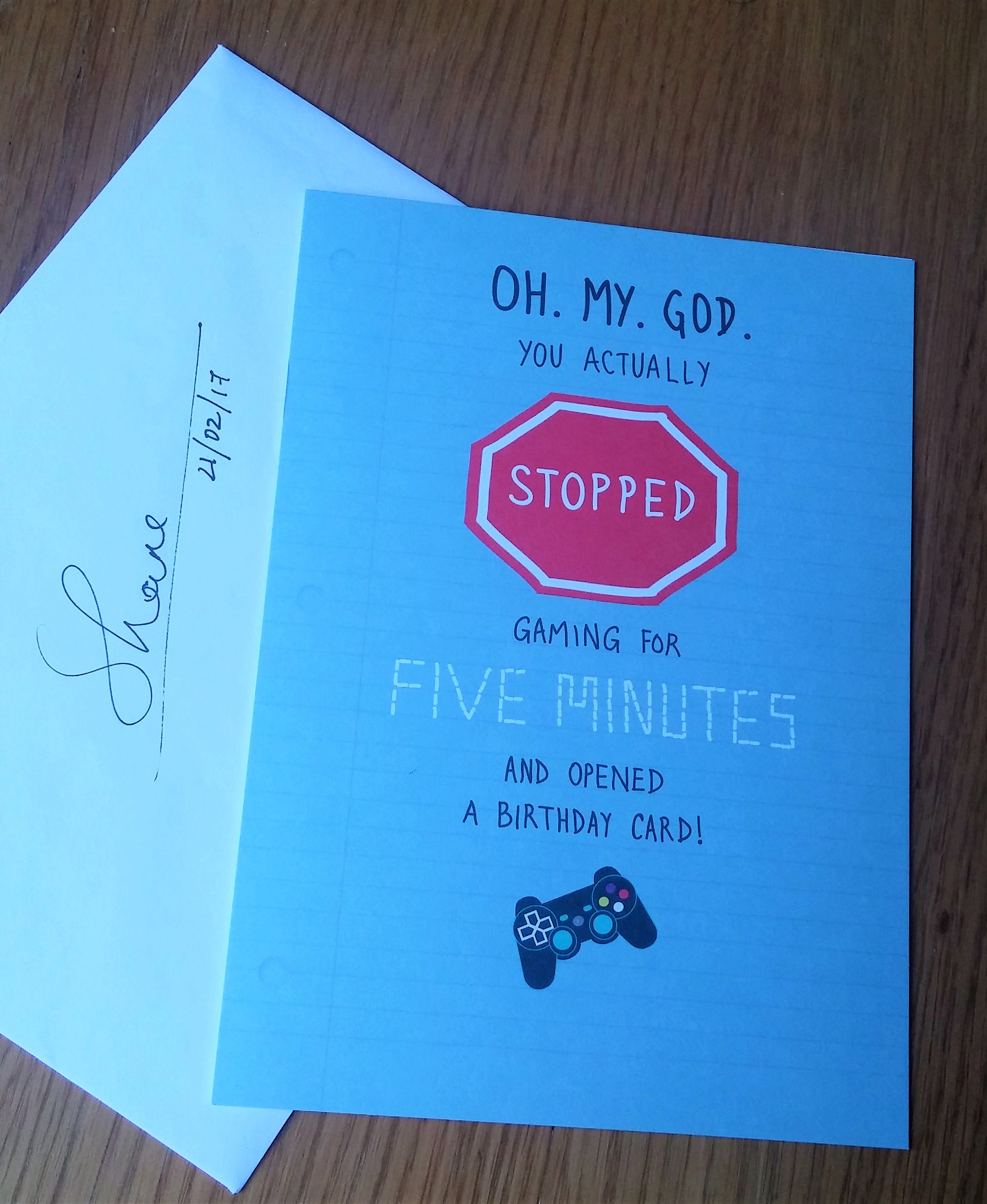 I must say, some of my favoruite moments in life are when he laughs uncontrollably at something I do or say. And this was surely one of those moments.

Also, because I'm broke this month (like almost every other month), I decided to write him a nice long letter for his birthday. This was something I used to do as a broke student back when we were in a long distance relationship. For most of his birthdays and Valentine's and even on ordinary days, I used to send him handwritten letters. When he started reading my blog, he remarked that the letters I wrote to him back then were probably the first blog posts and braindumps. I like to believe that this whole thing started back then too. So, on his 25th, his gift from his broke wife was yet another love letter that was full of very inappropriate humour, nerd quotes, and lines I actually stole from him. It all makes me wonder why he loves me in the first place. 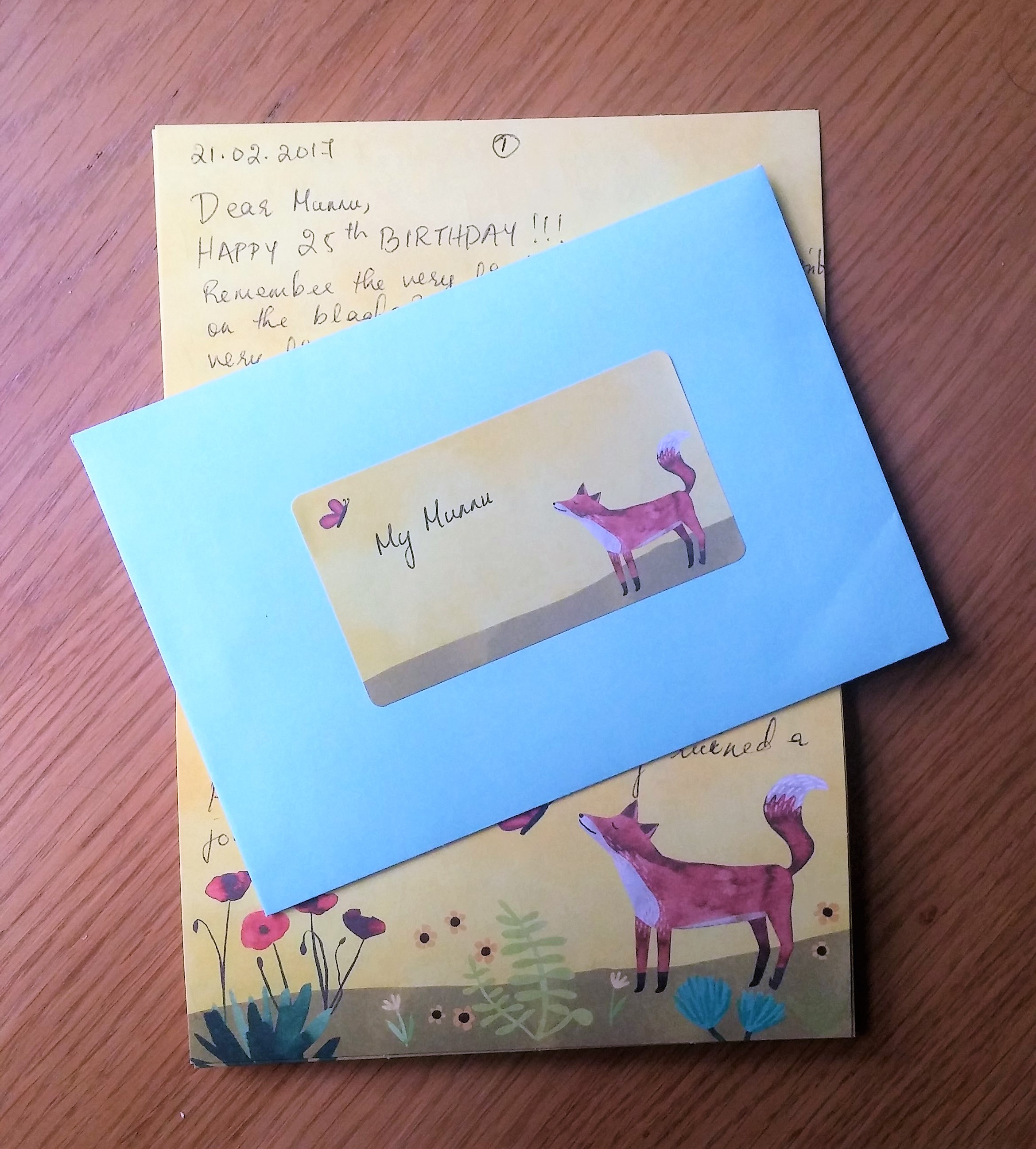 Happy 25th, my clever boy! I still can't believe I let you take up all that space in my heart.