The smallest things in life excite me. Like fast internet and good weather. If you have been with me on this journey of documenting mundane things about my life on this website for a while now, you already know this about me. I am hard-wired to be happy. Put me anywhere in this world and I will, one way or the other, come up with a reason to smile, laugh, crack lame inappropriate jokes about my ass, your ass and everybody's ass, and be grateful even in the midst of my misery. It's just who I am. But on some days (many days to be honest), things don't go according to plan. I mess up. People around me mess up. Things mess themselves up. And I turn into the opposite of the person I always strive to be. I kick up some dust and roll on the floor bawling my eyes out and throwing a tantrum about that tiny detail in my perfect plan that managed to screw itself up (by no fault of my own as I like to believe). But all the screaming and bawling takes place privately, 2 minutes after which I'm fully capable of walking out of the house with the happiest smile plastered on my face, telling the lamest fart joke there is, at the most inappropriate time imaginable. Talk about extremes, binaries, white and black. About loving fervently and hating passionately. About never understanding a grey area. That's the story of my life.

But the problem with me is that when things go wrong and I get upset about them, I manage to successfully guilt trip myself into not feeling bad about my situation by playing a kind of mental pain tournament, weighing my problems against those of the less fortunate and convincing myself that I don't deserve to complain. It's bullshit. Never do that to yourself, people. The whole idea of "I shouldn't complain about losing a finger when she's had to amputate her arm" is pure rubbish. Horse crap. Le Poo. Because you shouldn't disregard the pain you feel at any given time. I know this. But I still do it 'cos I'm an idiot.

Anyway on the plus side, unlike some people who never want to listen to a solution to their problem because they only wish to vent by talking about it and getting it out of their systems, I totally want a solution. If I ever tell you my problems, it's only because I'm trying to woo you into a brainstorming session where we can discuss and establish the perfect solution together. If you're going to just listen and nod your head and sympathise and make annoying purring sounds like a kitty, then I can't be friends with you. Because I hate kitties. Which is why it's always a win-win when I go to The Husband. He's a born preacher with the most twisted world views and gives free advice simply because he thinks he's the manifestation of God among us poor mortals. And I dig that advice. I want those tried and (mostly) tested solutions. They give me hope, lift me up from the place I'm stuck at and push me forward.

So after yesterday turned out to be a pretty shit day for me, for no specific reason at all, The Husband decided to leave work 2 hours early so that he could start his favourite problem solving session with me. We ended up walking for 2 whole hours, after which we purchased about 7 days' worth of groceries which is waayyy too much food for our poor tiny fridge to handle. Our poor tiny fridge that barely reaches up to my butt. And I'm barely 5 feet tall. You do the math.

However, for the first time in the history of our relationship, The Husband almost failed at finding a solution to my problem despite our two hours of walking, window shopping and grocery splurge. That's until he thought of his favourite problem solving technique - writing code. He told me that what I needed was a distraction, a change of scene. That I needed to learn how to code (FML). And I don't know the first thing about programming languages. Sometimes when The Husband goes on and on about them, I drift off and fix my eyes on his moving mouth, wondering how anyone can talk so fast. I can see the words emerging out of his mouth in a series of incorrigible alphabet sequences that drift right over my head and out of the open window. That's how much sense programming makes to my simple brain.

One thing led to another and we ended up on projecteuler.net where he encouraged me to solve mathematical problems for said "change of scene" (FML). When I asked him if I could use pen and paper, his exact words were, "No. You use code. Pen and paper is for losers. Are you a loser?". And when I tried to gently remind him that umm I really don't know the first thing about code, he said, "Well this is how you learn." and opened up a development environment (FML). Remember I mentioned once that I feared for our future offspring? That was before I saw his "methodology of teaching" which is basically his way of imposing his own interests on others. He's going to be one disappointed parent if our future offspring end up with my bird brain, and refuse to show interests in Math and Computers. Now I truly fear for those kids. But I digress.

Coming back to the point, I am sad to announce that Ankita Narayan who sucks at both Math and Computers, was forced to solve this problem: 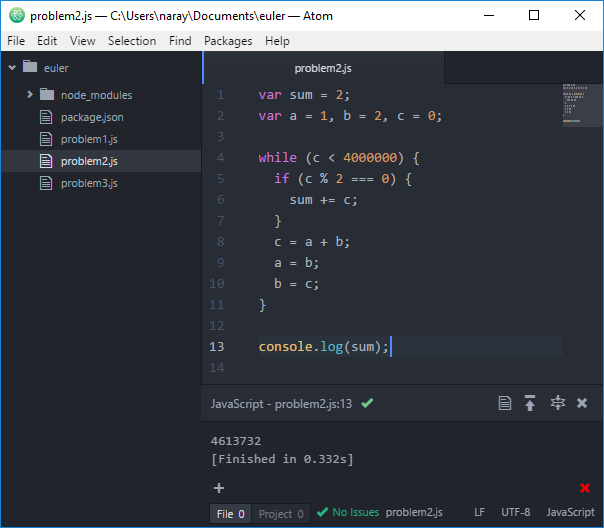 For which The Husband too was initially proud of me: 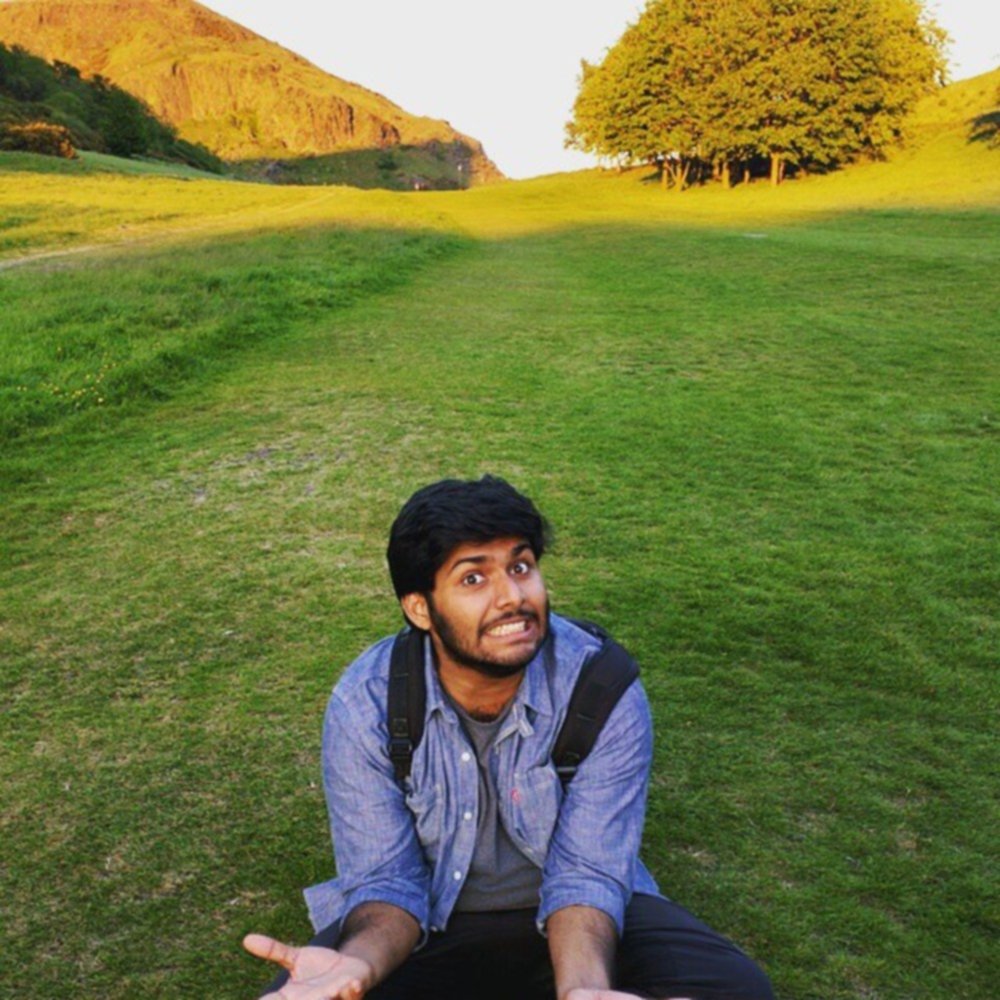 And later disappointed and grumpy when I told him that I found neither the problems nor their code solutions interesting: 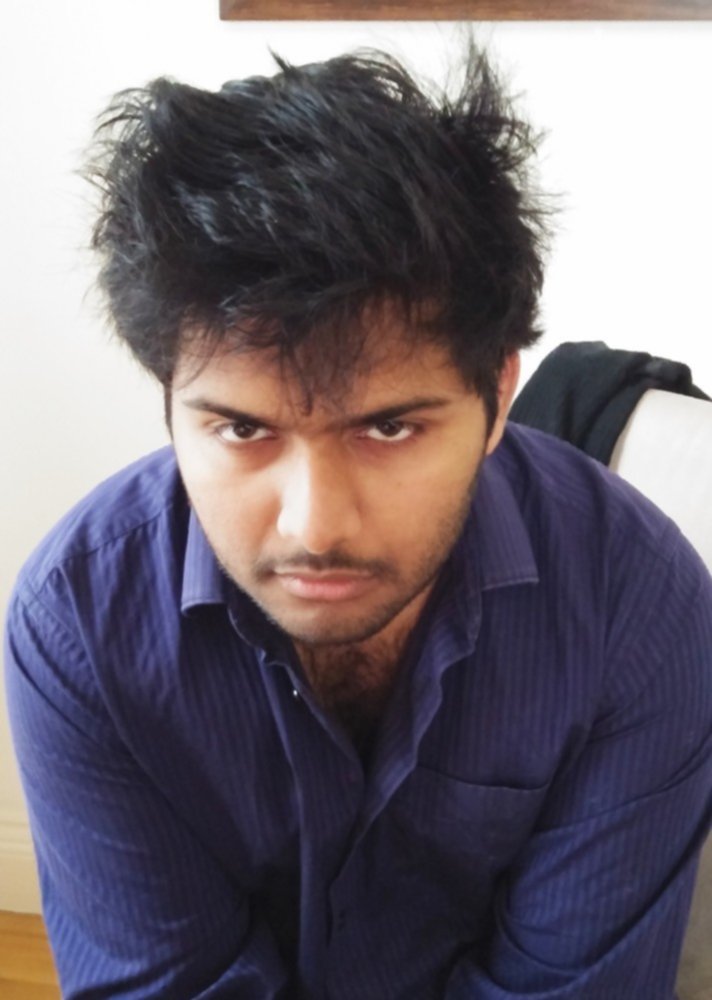 Or maybe this whole post was just my excuse to put up that picture of him looking like Wolverine. My Desi Mallu Wolverine.