I'm going to start off with a long due apology for not sharing music on this website for the past few months. I don't have much of an excuse to justify this except, it's really frustrating that Spotify is still not available in India where a lot of my friends, family, and readers are based. Having to dig up songs I find on Spotify on other apps and create multiple playlists based on reader recommendations is hard, but what was harder was that I was ambitious enough to want to create a new playlist every week.

I stopped having enough time for that a while ago.

However, some of you might be glad to learn that the music hasn't stopped in this house. I have been creating playlists in the past few months, just one playlist per month that I keep adding to as time permits.

I start creating playlists a month in advance, which means that I've already started creating the playlist for December based on all the songs I am (and will continue) discovering this month. So the completed playlist for November (which has eighteen songs in it) was created throughout the month of October.

If you follow me on Spotify, you will be able to find all of my public playlists that you can also follow or listen to as you please. 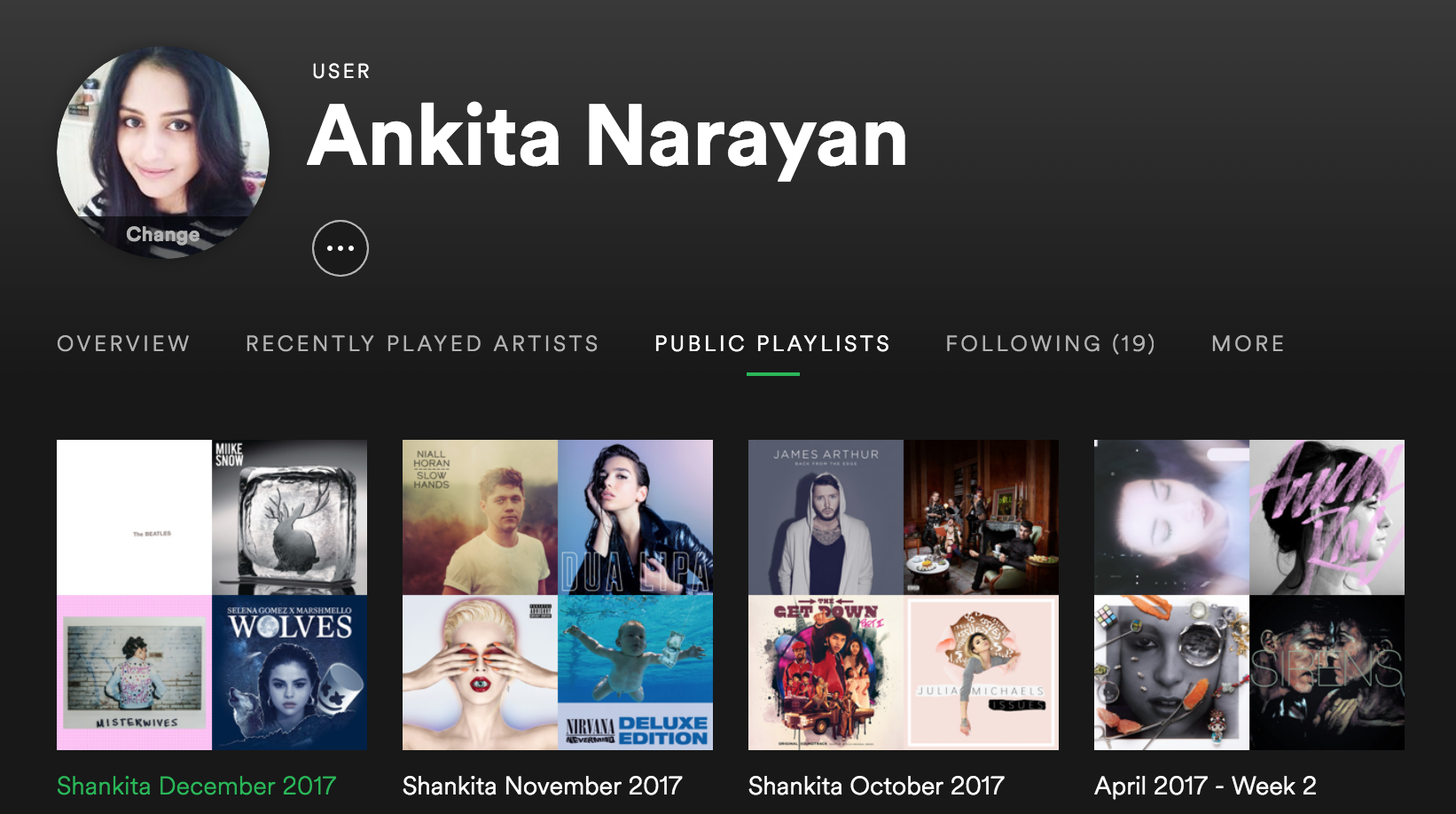 Initially, when I started off last year, I went by all the songs Shane shared with me on an almost daily basis but with time, I have been discovering more music for him. Now, I think he just listens to my playlists because it's pretty convenient for him and we share similar tastes in music.

Although, unlike the playlists that were completely inspired by the songs Shane sent to me, these new ones have a mixture of old and new, indie and pop, rock and classical songs in them. I believe there's a little something for everyone in there.

I will try my best to remember to share the playlist of the month sometime in the beginning of each month from now on. However, if I do forget, you rest assured that the playlist has been created nonetheless. At least the one for December already has seven new songs in it ;)

This is also my turn to ask you for recommendations. Been loving any new songs? Been creating your own playlists? Leave them in the comments below or email them to me, and I will be sure to check them out.

So until next month, here's the November playlist for you:

Have a happy weekend, y'all! Go discover some new music ;)