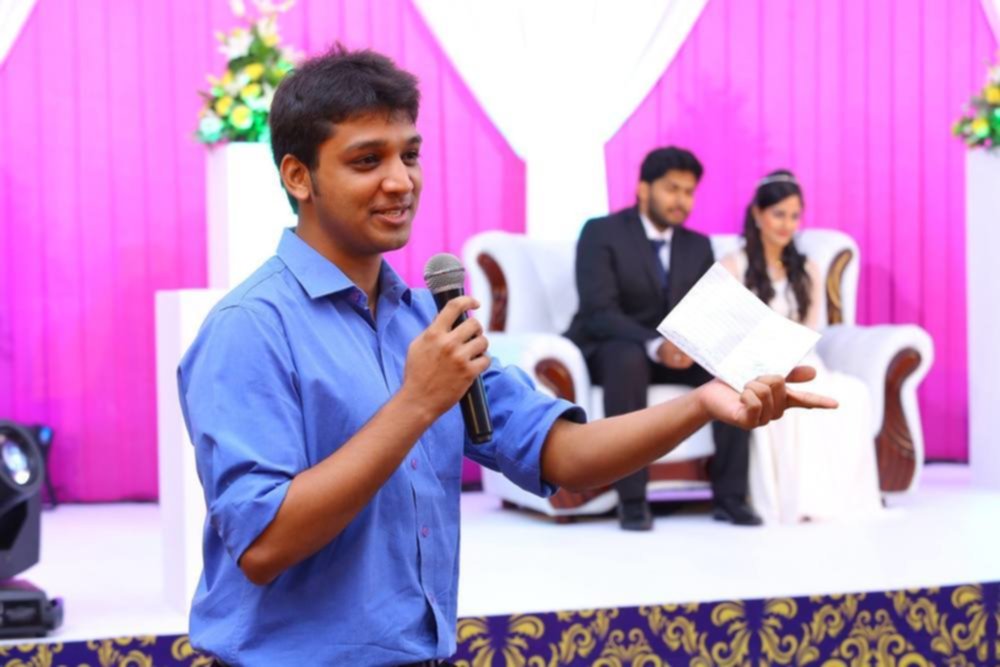 He was my Maid of Honour and I love him so, so much. He's one of those people that I can have 3 hour long phone conversations with. He was the one I called up in the middle of the night to cry about a break-up. I was the one he called up after his first year in college to say that he couldn't continue pretending to like his engineering degree. He called me just to say it out loud and to hear it for himself. He cried (A LOT) at my wedding reception because he didn't know when he'd see me again. And I know that no matter which corner of the world he's in, I will always look out for him, and he for me.

7 years ago, he called me up one evening and started frantically whispering into the phone. I really couldn't figure out why he was having a heart attack and why his whispers had echoes. When I finally got him to calm down, and after he confessed that he had locked himself up in his bathroom after locking his bedroom door, he told me the whole story.

Now here are a few things you need to know about Bum before we jump head-first into the story:

Bum is a good guy. A good son, a loving brother, a sincere friend. He was one of those "good kids" growing up, the ones who are loved by everyone, the ones who always know the right things to say, the ones who never cringe, the ones who hardly ever make mistakes. NO, wait. I should not stop there. There's more. He was among those kids who always listened to their parents, never lied to them, never went through a teenage rebel phase. Basically, a really good kid. Basically, he needed a slap back then. ASSHOLE!

It so happened, that our parents sent us to a bunch of tuition classes together. Some of which I slept through while he religiously took down notes and only one of which we both slept through. In fact, we later determined that the tuition sir looked like Snoopy dog and ever since, we couldn't stop laughing whenever we exchanged sly glances in class. Poor Bum really wanted to be a good student and study and all that. Poor Bum felt that this particular tuition was a waste of time. He wasn't benefiting from it and could use his time more effectively. One month in, and we decided that we both wanted to stop going to this class. I spoke to my parents and they let me drop it. Bum spoke to his parents and they probably asked him if he was sure he wanted to discontinue his class. Being the good son *cough* COWARD! *cough* that he was, he told them that he would keep going.

After about one more month, poor Bum had pretty much had it. He couldn't continue to doze off in that class any more. So he made plans to bunk the tuition class that he wasn't benefiting from so that he could - WAIT FOR IT - go to a combined study session with one of his classmates (WTF, Bum?). Not to go watch a movie or buy candy, but to STUDY. Good kid, remember? God, how was I even best-friends with Miss Goody-Two-Shoes?

So his dad dropped him off at the road leading to the tuition centre and he pretended to walk towards the class. Once the coast was clear, he backtracked and started walking in the direction he'd originally come from. But he froze the minute he saw his dad's car approaching from the same direction. Turns out, his dad had gone to fill gas so he had to drive around the block again. Bum (who had been a lie-virgin all his life) LIED (thus breaking his lie-virginity) that he was out to buy a pen. His dad asked him to hop in and gave him his own pen from his pocket. He then, dropped him off (again) and Bum did the whole walking-towards-class act (once again).

Round Two: He walked in the opposite direction this time, confident that his father was not going to be around. Call it paternal/parental instinct, or whatever you want. But his dad was RIGHT THERE, taking yet another round, probably just to make sure that his son had indeed made it to class. Bum still has no idea what his dad was doing there the second time around. I can't, for the life of me, remember the lie he told this time. All I know is that his dad dropped him off AGAIN, this time driving right into the lane that leads to the tuition centre, and stopping right in front of the building. Poor Bum got out of the car, opened the gate to his tuition centre and walked into the compound. Finally, his dad left. The class had already commenced and poor Bum was too scared to walk in 20 minutes late. Now, for the best part. Instead of walking into class and making up a lame excuse for being late, the lie-virgin-who-had-just-lost-his-lie-virginity-and-wasn't-prepared-for-a-lifelong-adult-commitment-to-lies HID IN THE TUITION SIR'S GARDEN. For about another half hour. Too scared to get in, too scared to get out. By the time he whispered so much of the story from his bathroom, I was literally rolling on the floor laughing. And I'm not misusing the word "literally" here.

He finally got out from behind that bush in our tuition centre and walked out. He still had time to go to his friend's place and study for half an hour. Since so much had already happened, I half expected him to tell me that he'd been even more of a dork by actually going over and studying. But he just took a cab home and told his Mom that the class had been cancelled and that he hadn't known. It was EPIC. Later that evening, his dad went to his room and said something to the tune of, "I know what you did today, and I won't tell Mom. Just promise me that you will never repeat it.". That day, my respect for his dad shot up the roof, and now resides in the crown of The Statue of Liberty. Why The Statue of Liberty, you ask? I'll get to that in a moment.

After his very adorable cowardly tuition centre episode, I have seen this boy grow into one of the most courageous men I have ever known. One year into Mechanical Engineering (a field he chose because his parents suggested it to him), he knew that he was in the wrong place, doing the wrong thing. During his second and third year, we spent hours talking about how depressed he felt about his career choice. By his final year in Engineering, he showed me the true meaning of courage by deciding that he wanted to work in Media and Communication. He wanted to become a journalist and had made up his mind to go for it. It was a HUGE leap. Especially in our society where parents are constantly comparing their kids to other kids. When all his peers were going to start working after landing a job via campus placements, he was going to switch career paths and just start working towards his goal. He had lost four years of progress already and had decided that he wouldn't even attempt to find an Engineering job. Were his parents worried? Yes. Did that stop him from doing what he wanted to do? Not this time. He passed out of his Engineering degree with an 8-point-something score and I remember asking him, "If this is what you score in a subject you can't even stand, then I can't imagine how well you will do in a field that you truly enjoy.". Those words came true.

He spent the last few months of his degree and the first few months after graduation, preparing for one of the toughest Journalism entrance exams. Whenever I visited him, he'd play trivia games with me. I always lost but I was amazed by how much he had learned. He read the papers, watched the news, studied innovatively and got into arguably the best journalism school in India. With his first round of interviews, he landed his first amazing job at CNN-IBN: 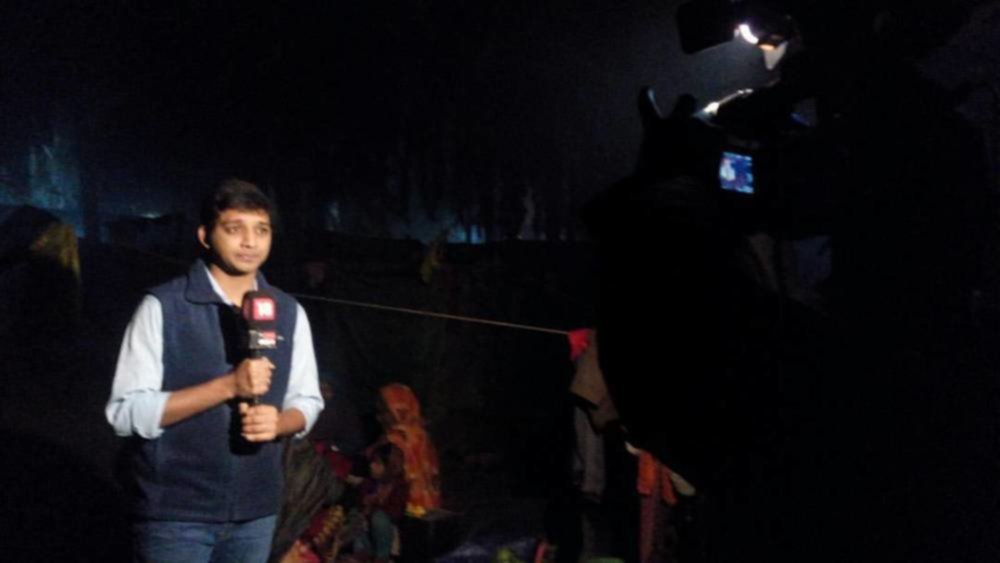 And after about a year and a half into this job, he once again worked his ass off and got into - WAIT FOR IT - COLUMBIA UNIVERSITY. He wrote his GATE exam and got right in. Just like that. Because he has secret super-powers, that's why. He's going to be living in New York, polishing his talents, living his dream (get why I mentioned The Statue of Liberty earlier?). This post does not begin to relate how immensely proud I am. I'm blessed to have him in my life. I'm blessed to even know him and his amazing family that has supported him throughout this journey. I pray and hope for even bigger things for him and I hope that after reading this, you do too.

If I had half his talent, (I look better than him), and beautiful heart, I would become a self proclaimed Princess. 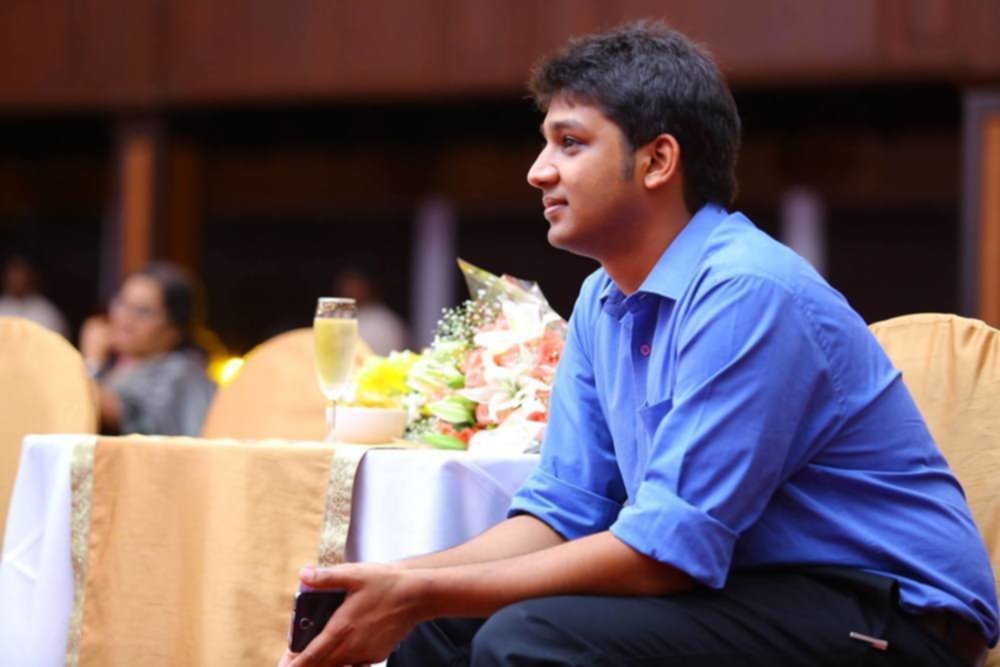 Still don't know what we were arguing about ON THE DANCE FLOOR. AT MY WEDDING! 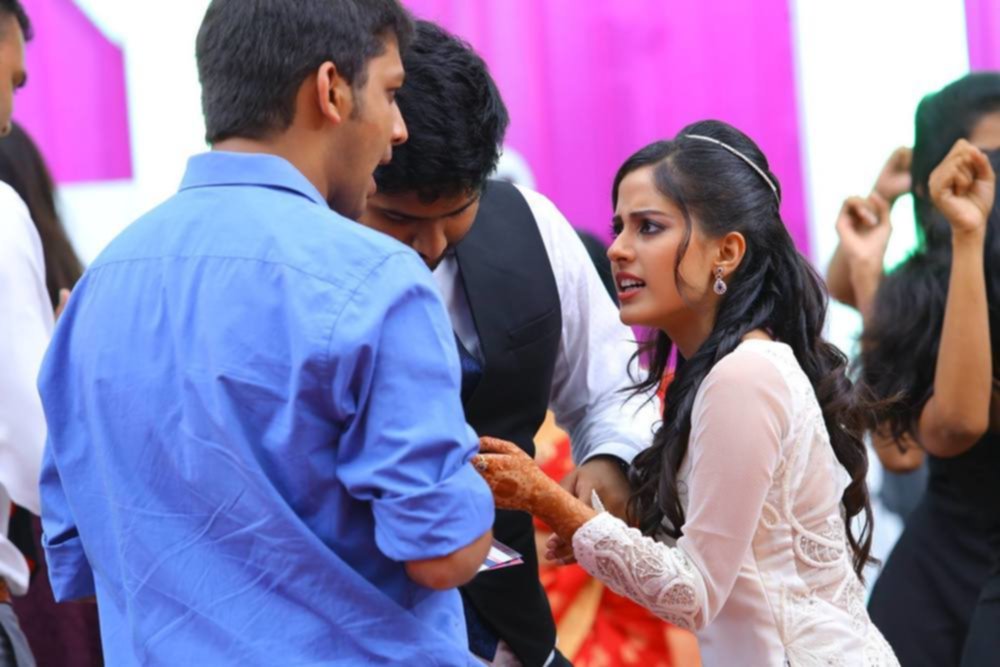 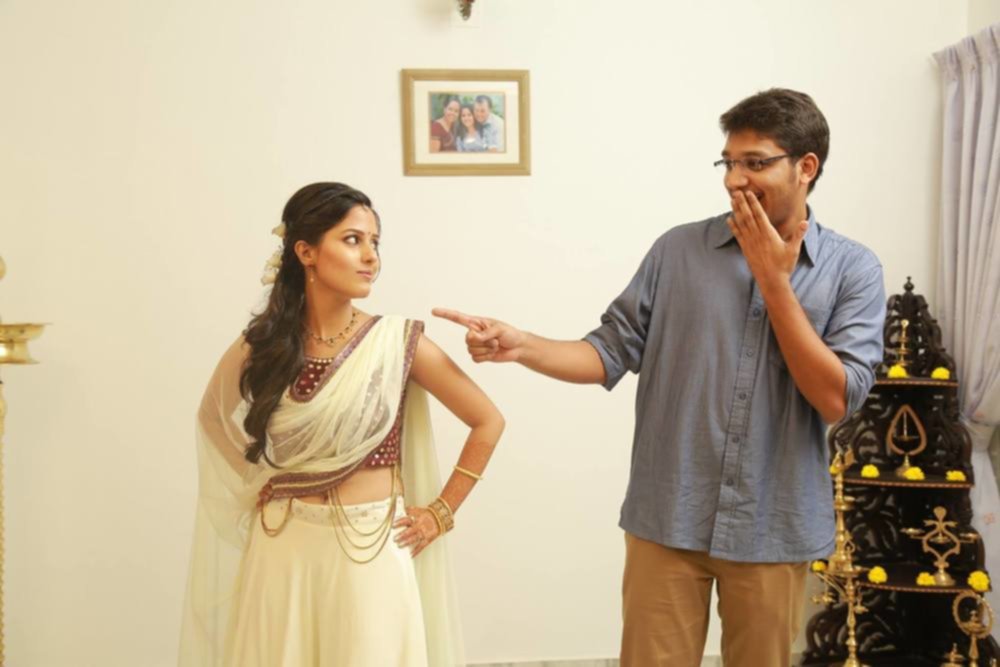 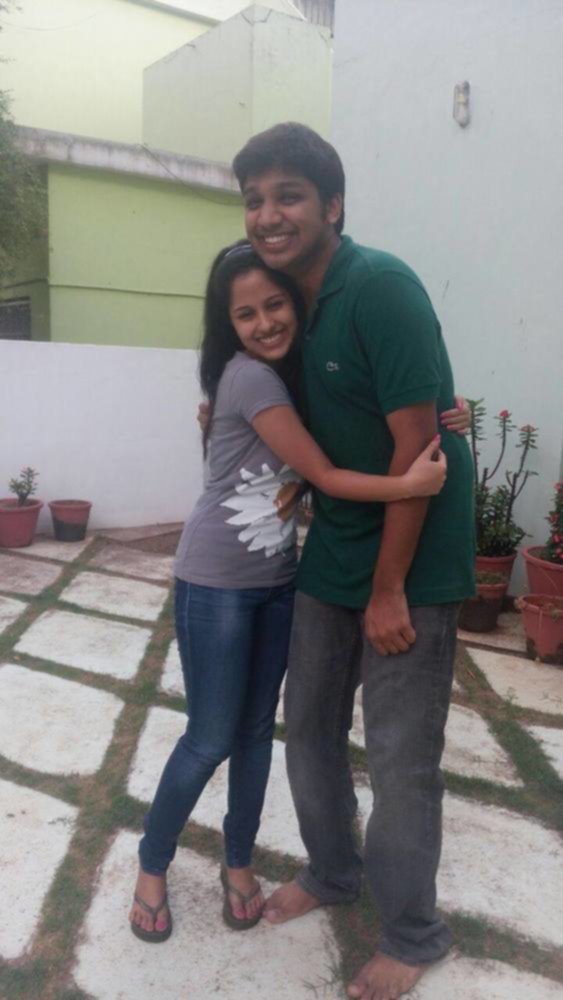 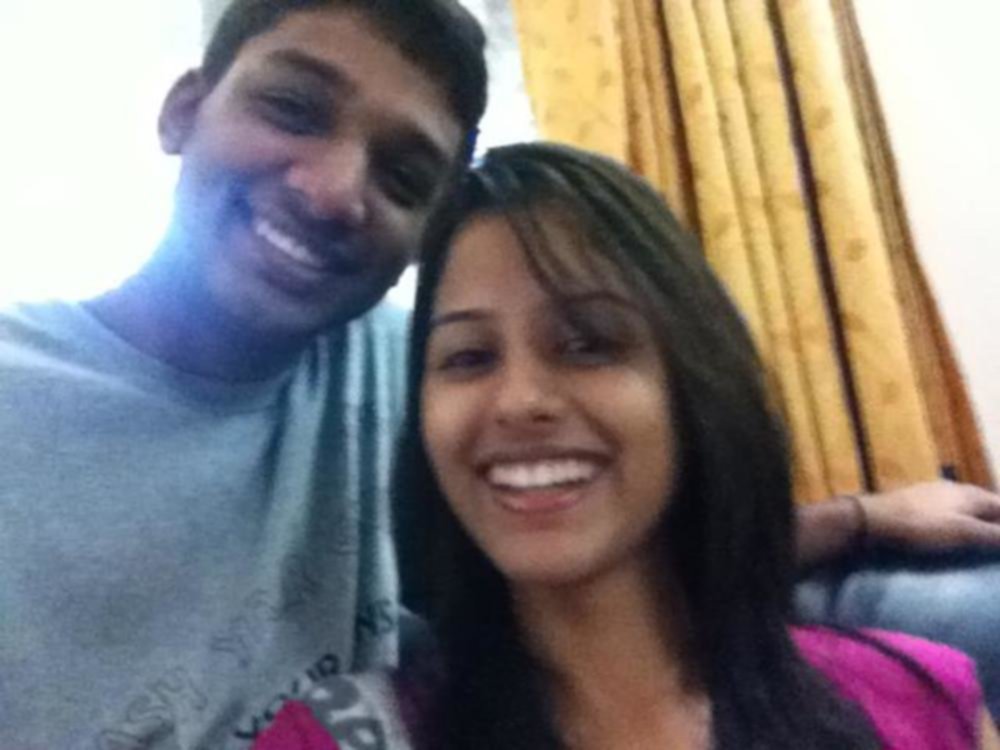 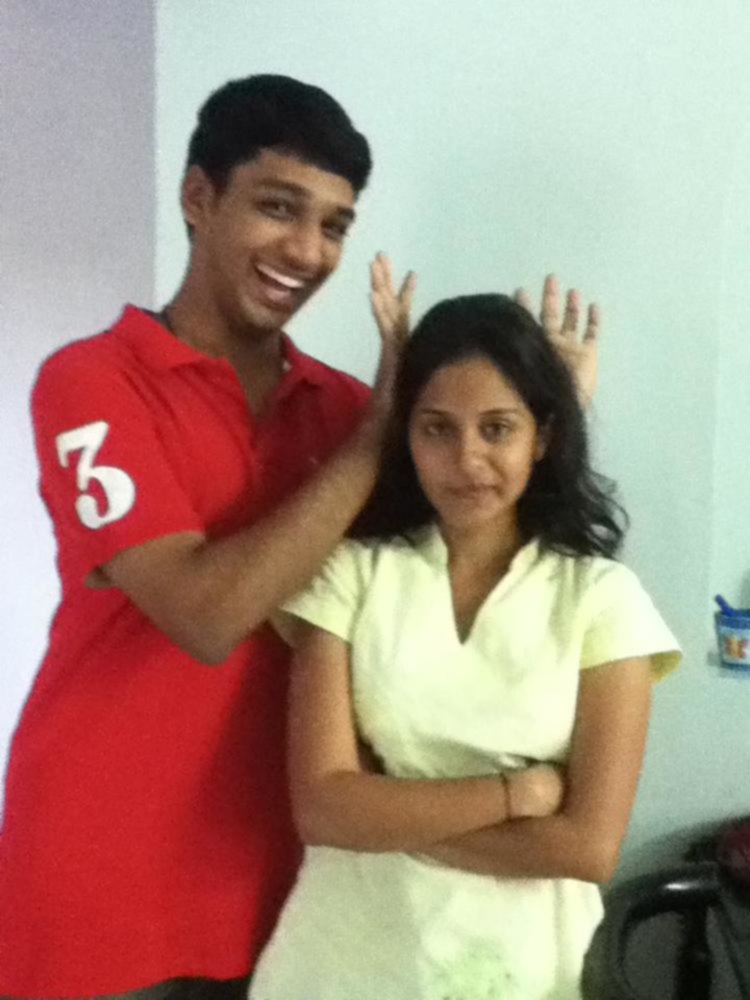 ZOMG the braces! The Horror! 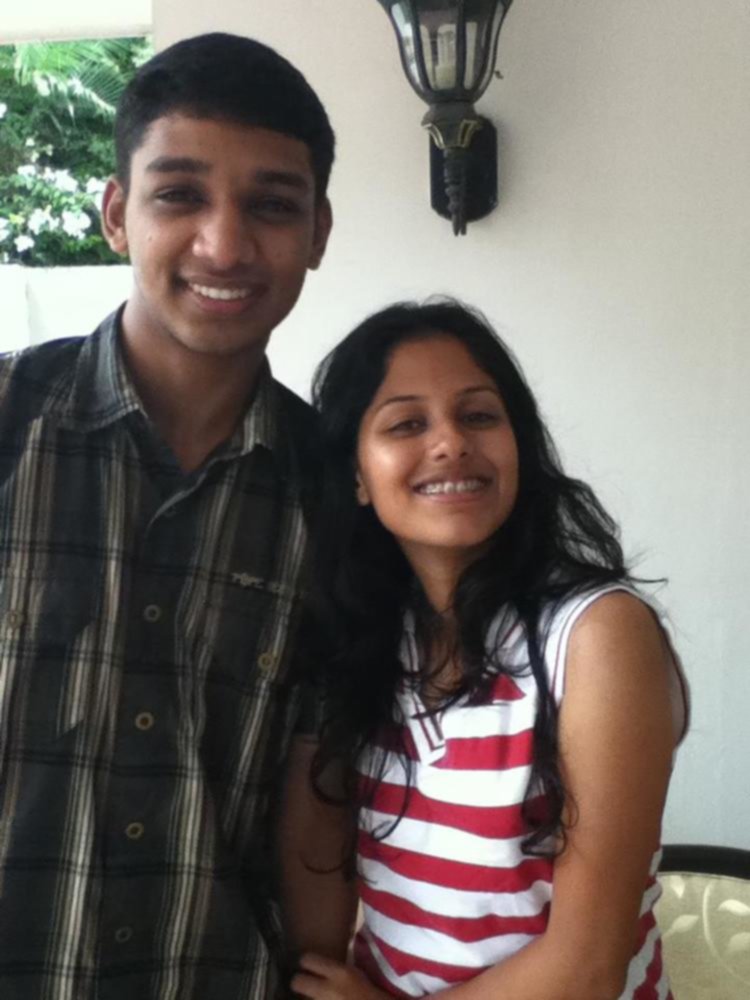 Here's to all the boys and girls, men and women, who are taking chances, being brave, and following their dreams.